The booth seemed bigger, and so did the crowd. Rocky Patel brought a host of new product to the show, and the retailers followed. While the EO Brands portfolio was no longer on display in the large booth, a few new lines, major extensions and limited editions outlined one end of Rocky Patel’s massive IPCPR operation—and that was enough. The Booth
The goal was to bring BURN to Orlando, including a bar. It was somewhat awkwardly placed in a corner of the trade show. 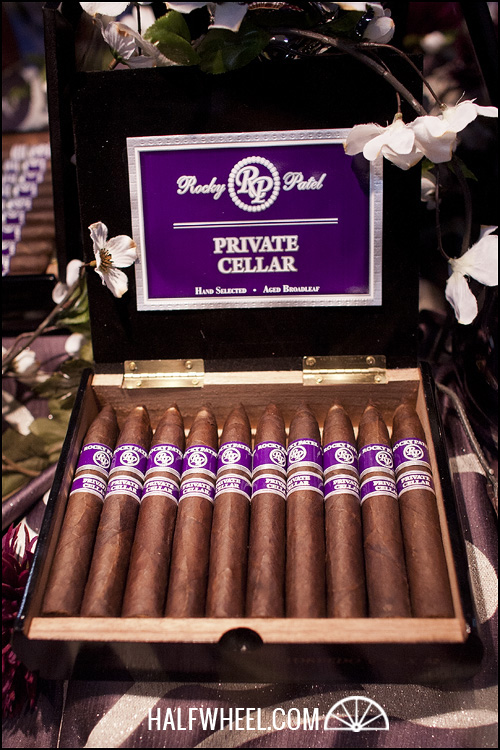 Rocky Patel HR500
Made for Gary Sheffield, who was in attendance.  Press release here. The box not only looks like a baseball, but it feels like a baseball—stitches and all. This ships alongside The Edge Habano on September 15. Rocky Patel Lighters
These were new and heavy. The USB drive on the right is real—and yes, it’s a cigar nub.

Rocky Patel Humidors
In a variety of looks, including this carbon fiber-looking option.