Last year, I said, “too much.” This year? It was much of the same. There were a lot of products, although this year was noticeably heavier on the Miami Cigar & Co. side of things. The caveat is—much like Rocky Patel—most of these lines were either extensions to series or limited editions. In the end, you could make the case that Merlion—which had a soft launch before the show—was the only product that didn’t fall into one of the aforementioned categories that was released at IPCPR. Still, there’s a lot of scrolling. The Booth
It was much of the same, this time featuring former blogger Barry Stein.  If we learned anything in Las Vegas, this booth just feels a lot better in the center of things just because of how it is set up.

La Aurora 100 Años
Details are here. Pictured above is the special 100 Años Maduro, which retailer received for purchasing packages of 100 Años. Añoranzas
This is the based on the Nestor Miranda Grand Reserve 2011. Some details here. 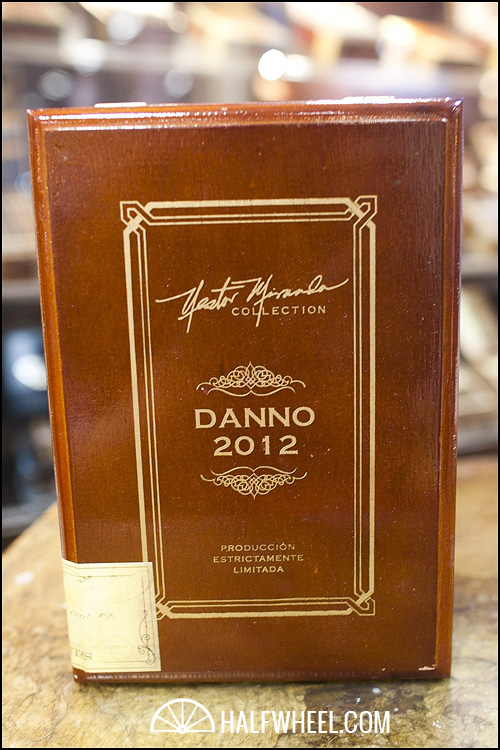 Nestor Miranda Special Selection Danno 2012
Like the outside of the box, don’t like the fluff inside of the box. As hinted at earlier, slightly stronger with a San Andrés wrapper in the massive 7 x 56 size.