One of the larger questions going into the 2011 IPCPR, CAO? (That was, “CAO”, “insert question mark.”) At one point there seemed to be a belief that CAO would remain as independent as possible, including the symbolic action of an independent booth. That was not the case… CAO was just another stop on the General booth tour, perhaps a sign of what’s to come. More on CAO, Cohiba, La Gloria Cubana and more after the jump. 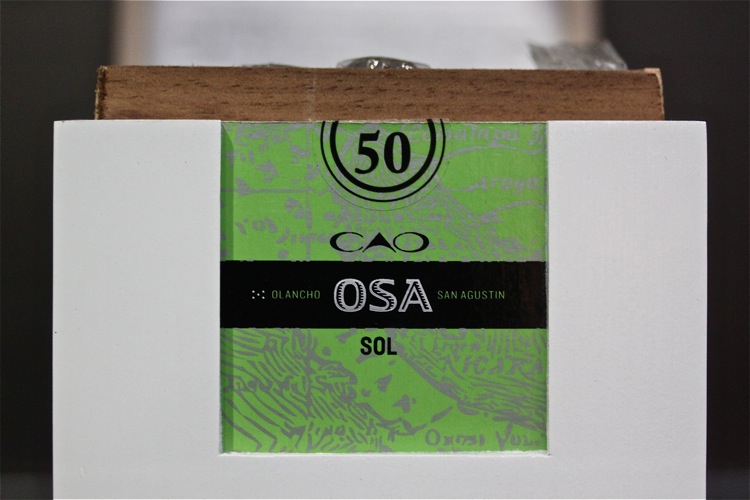 CAO OSA Sol
And the release that everyone was waiting for. Priced barely in the higher-end of the $5 range and at least for me, one of the better General releases in a while. The expectations were high, and I’m not sure this cigar met all of them, but it was far from a flop. The question now is… what’s next? Cohiba Edición Diamante
Not much need be said beyond what’s in the following press release:

COHIBA EDICIÓN DIAMANTE General Cigar is pleased to introduce Cohiba® Edición Diamante, a rare opportunity to own a piece of premium cigar history.

It is a widely held belief that the 1980 crop of Cameroon wrapper tobacco remains one of the most exemplary leaves ever cultivated. In the more-than thirty years since this outstanding tobacco was harvested, General Cigar’s tobacco masters have cloistered these rarified leaves, nurturing them for the perfect occasion. That time is now, with the launch of Cohiba Edición Diamante, an extraordinary collection of six frontmarks debuting in December, 2011.

Bill Chilian, director of marketing for Cohiba notes, “Cohiba Edición Diamante spent nine years in the making. Every single aspect of this collection, from the superlative wrapper and outstanding blend, to the striking humidor exemplifies the highest art of cigar making. Cohiba Edición Diamante is tribute to the artisans who put their heart and soul into bringing this collection to life, and is destined to be regaled as one of the premium cigar category’s most treasured offerings.”

To celebrate the well-balanced, refined taste of the 32-year-old wrapper, Benji Menendez and General Cigar’s team of cigar masters worked tirelessly to create the optimal blend for Cohiba Edición Diamante. A proprietary Dominican Piloto Cubano blend bolsters the subtly complex taste of the elegant wrapper which enrobes an Indonesian Jember binder. To taste this cigar is to experience the art of cigar making at its finest: a fragrant aroma opens to a delightfully balanced smoke with nuances of cinnamon and toasted wood.

A stately humidor was commissioned to accentuate the treasured cigars contained within. With attention to every detail, the interior consists of six drawers and is made entirely of Spanish cedar, while the handsome exterior features hand lacquered hard wood highlighted with chrome fixtures. La Gloria Cubana Artesanos Retro Especiale
The way that Michael Giannini described this release to me was a cigar that allowed the binder and filler to really shine. How that was achieved? Presumably it was written down. Press release of the much publicized release…

Continuing its tradition of innovation, Team La Gloria is proud to introduce La Gloria Cubana® Artesanos Retro Especiale, a collection that spent eight years in the making. Inspired by an antique humidor found at the El Credito® Cigar Factory, Michael Giannini and Team La Gloria toiled for nearly a decade to replicate the antique humidor. Inclusive of a two-year process that encompassed cultivating a new wrapper, the development of the blend for Artesanos Retro Especiale was approached with an equal amount of creativity and commitment.

According to Michael Giannini, director of marketing for La Gloria Cubana, “It gives me great pleasure to debut La Gloria Cubana Artesanos Retro Especiale. We set out to create a product that was as unique in its packaging as it is in its taste and I believe we’ve delivered that in spades. I stand with Team La Gloria, fully confident that this collection will be a welcome addition to the smoking repertoires of today’s most discriminating premium cigar smokers.” Team La Gloria set out to break the mold with the blend by cross-breeding a Connecticut seed, which was then cultivated in Honduras. The maiden crop yielded a hearty, golden wrapper as noteworthy for its color as it is for allowing each of the cigar’s components to enjoy equal bearing on the overall taste of the cigar.

La Gloria Cubana Artesanos Retro Especiale will debut in mid-August, with private tastings to be held throughout the country. The product will ultimately ship in late September. La Gloria Cubana Limited Edition Flechas Humidor Chest
There were murmurs about this before the show, once again, press release is about all you need.

When Team La Gloria’s Michael Giannini and Yuri Guillen sought to bring their personal preference for figurado cigars to devoted La Gloria Cubana fans, they opted to continue with their tradition of innovation by releasing the “Flechas” frontmark (6 1/2” x 49).

Michael Giannini, director of marketing for La Gloria Cubana, commented, “La Gloria Cubana White Box and Serie R collections are the cornerstones of the El Credito® portfolio. To thank our dedicated consumer base for continuing to support these classic brands, we created a limited edition collection to appeal to the true La Gloria connoisseur. We anticipate that the limited supply of these humidors will be quickly depleted.”

The La Gloria Cubana Flechas humidor chest will debut at retail in November and will carry a suggested retail price of $350.

As with previous incarnations of the limited edition La Gloria Cubana humidors, the Flechas chest is destined to be one of the most talked-about offerings at this year’s IPCPR show. Macanudo Extensions
Quite a few extensions to Macanudo…

So what about everyone else? The plan at General is to take what I refer to as the “Team La Gloria model” and it incorporate it across the portfolio. A brand team is put in charge of product development and tries to function as independently as possible from the rest of General Cigar, while the sales reps obviously are responsible for the full catalog. If I had to take a guess, Partagas will be the next brand to experience this transformation, but who knows when that happens. The plan is to do this across the board: Cohiba, Hoyo de Monterrey, Macanudo, Punch, etc. I will admit, I can’t see Bolivar or Sancho Panza getting this kind of treatment, but time will tell. — el niño diablo.