Where was Casa Cuba? I apologize to all of the Fuente/Newman employees that had to answer that question. There was more in the Cigar Family booth than the notably absent Casa Cuba, but there was a large, and sometimes even public sense that next year, Fuente’s 100th anniversary, may have played into a calmer 2011. Even still, for a company known for not releasing a ton of stuff at the annual trade show, this year’s IPCPR was a bigger year for Fuente than J.C. Newman.

Brick House Short Torp
It’s the Short Torpedo release that we all knew about, not really sure about the name, but that’s what the Newmans decided.

Casa Cuba I think I can say that it was there. The blend is done, but it needs more time before it can be released. The folks at Fuente were aware of this article, which made for an interesting booth visit. Cynthia Fuente passed out Casa Cubas to the reps at a dinner on Tuesday, but there was no public appearance of these, and the Fuente reps seemed unwilling to answer questions. Timeline is still a bit up in the air, but Casa Cuba is coming. 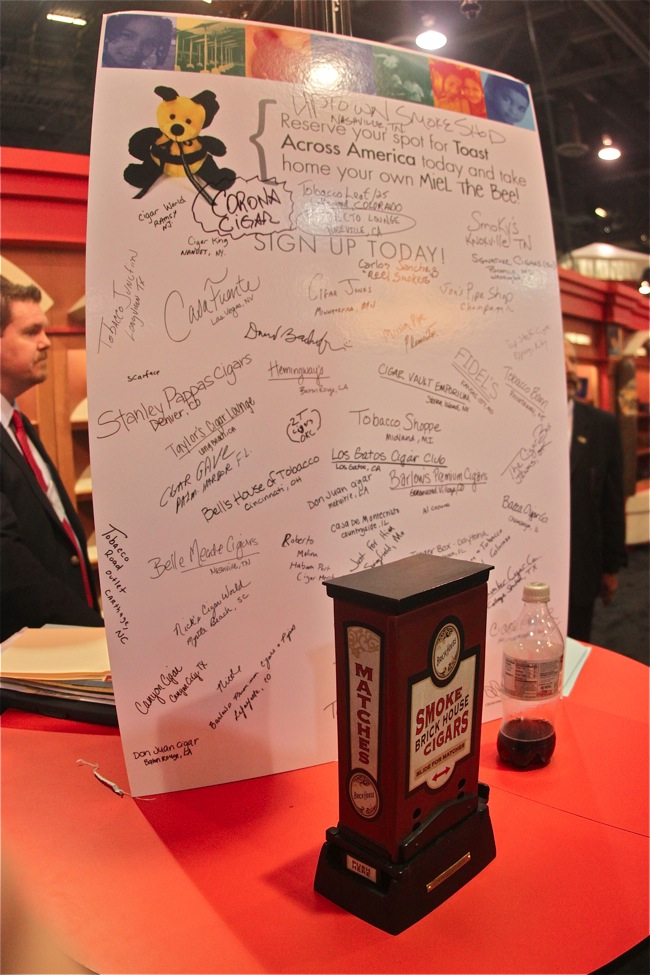 Diamond Crown MAXIMUS Double Robusto #6
Cabinets of twenty for the new 5 x 56 creations. The cigar will be given first to the fifty-five Diamond Crown lounges before being offered to all Diamond Crown retailers.

Diamond Crown Torpedo #8
It’s 5 x 58 and offered in cabinets of fifteen. Like the MAXIMUS #6, this goes first to the Diamond Crown Lounges then to other retailers.

El Baton Belicoso
There’s a 5 x 56 addition to the El Baton line, which has been around since 2008. It’s unclear how much Brick House sales are cannibalizing El Baton, but the older of the two lines is becoming harder and harder to find. Gran AniverXario
I wasn’t a fan of the Arturo Fuente Don Arturo Gran AniverXario in Natural or Sun Grown, so when Fuente announced that it would be made in four other vitolas across the two wrappers, I scratched my head. Each of the new Fuente Story 2011 Humidors will contain a total of fifty Don Arturo Gran AniverXarios (five of each of the five sizes of the two wrappers). Rumor has it that these could be priced significantly cheaper than what they’ve been offered at before and that there is a good chance that some of them were not rolled 2001, which might be a good thing as the originals seem past their prime. The Don Arturo Gran AniverXario Natural will be offered in the following five vitolas: The Don Arturo Gran AniverXario Sun Grown will be offered in the following five vitolas:

Short Story Maduro
These are shipping to retailers after the show, along with all of the orders that were place to get them. Fuente gave customers the opportunity to purchase a box if they bought ten other regular products. The 1,200 boxes went quick by all recollections and these should be available towards the beginning of August, although some reports say they are already in stock. (These do feature the new bands, which are going to be on all the products that featured the old Hemingway/Don Carlos bands.) I cannot stress how much much the phrase “next year” was mentioned both in the Cigar Family and the Prometheus booth, Carlito has apparently been working for years on the releases for 2012 and has all of the Fuente employees already excited. — el niño diablo.