I had the chance to sit down and talk to Eric Newman, grandson of Julius Newman, and discuss the new releases, history of the company and the Cigar Family Charitable Foundation. J.C. Newman had two new releases: the Mighty Mighty (an extension of the Brickhouse line) and the Julius Caeser (yes, that is spelled correctly) a special release for the 115th year of the company. Eric told me that the Julius Caeser (which they brought to the show last year in a different box) will be available later this year, first for the Diamond Crown lounges, with any leftovers going to other shops. He was particularly excited about the Cigar Family Charity, which just had its first graduating class. Eric reiterated the importance of the work they are doing and the struggles or running the charity. (Remember, if you want to support the charity and get a couple of great cigars. Arturo Fuente and J.C. Newman offer the Toast Across America gift box that includes an Opus X and a Diamond Crown Maximus, both exclusive to the box.) 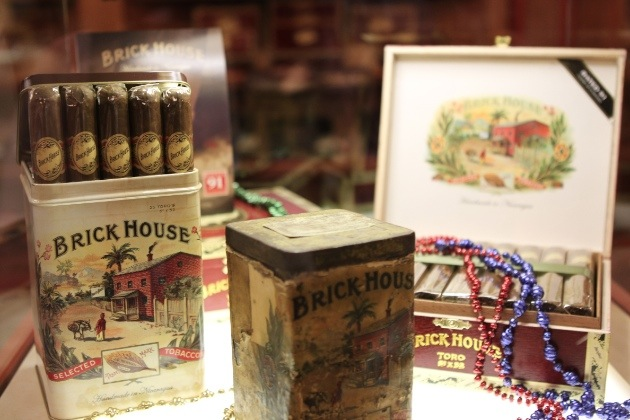