Another year, another InterTabac.

No, it’s not that depressing. I actually have come to love InterTabac, the European trade show that covers much more than just cigars. As I’ve mentioned before, I love Dortmund, Germany—the city where the trade show is held each year in mid-September–at least, I love it when it’s not raining. I’m an avid supporter of the city’s soccer—err football—team, Borussia Dortmund.[ref]Yes, I was at the game against Leverkusen, in the yellow wall.[/ref] And then there’s the food. Could you tell Bossner is celebrating an anniversary.

None of those things really have to do with the convention itself, but InterTabac to me is fascinating. It’s slightly larger in both size and attendance than the IPCPR Convention & Trade Show that’s held in the U.S., but unlike the IPCPR Trade Show, InterTabac is far more than just cigars and pipes. It is the European tobacco trade show, so there’s cigarette brands, smokeless tobacco and a massive e-cigarette and vape presence at the show. Big sizes do well in Europe too. Here’s Exhibit A. The past two years, I’ve written about the convention with an obvious theme. This article covered the 2013 show, but also the basics of InterTabac. Last year, I wrote about some myths regarding the European market and the differences between selling cigars in the U.S. and Europe. So what’s left for this year? Actually a lot. 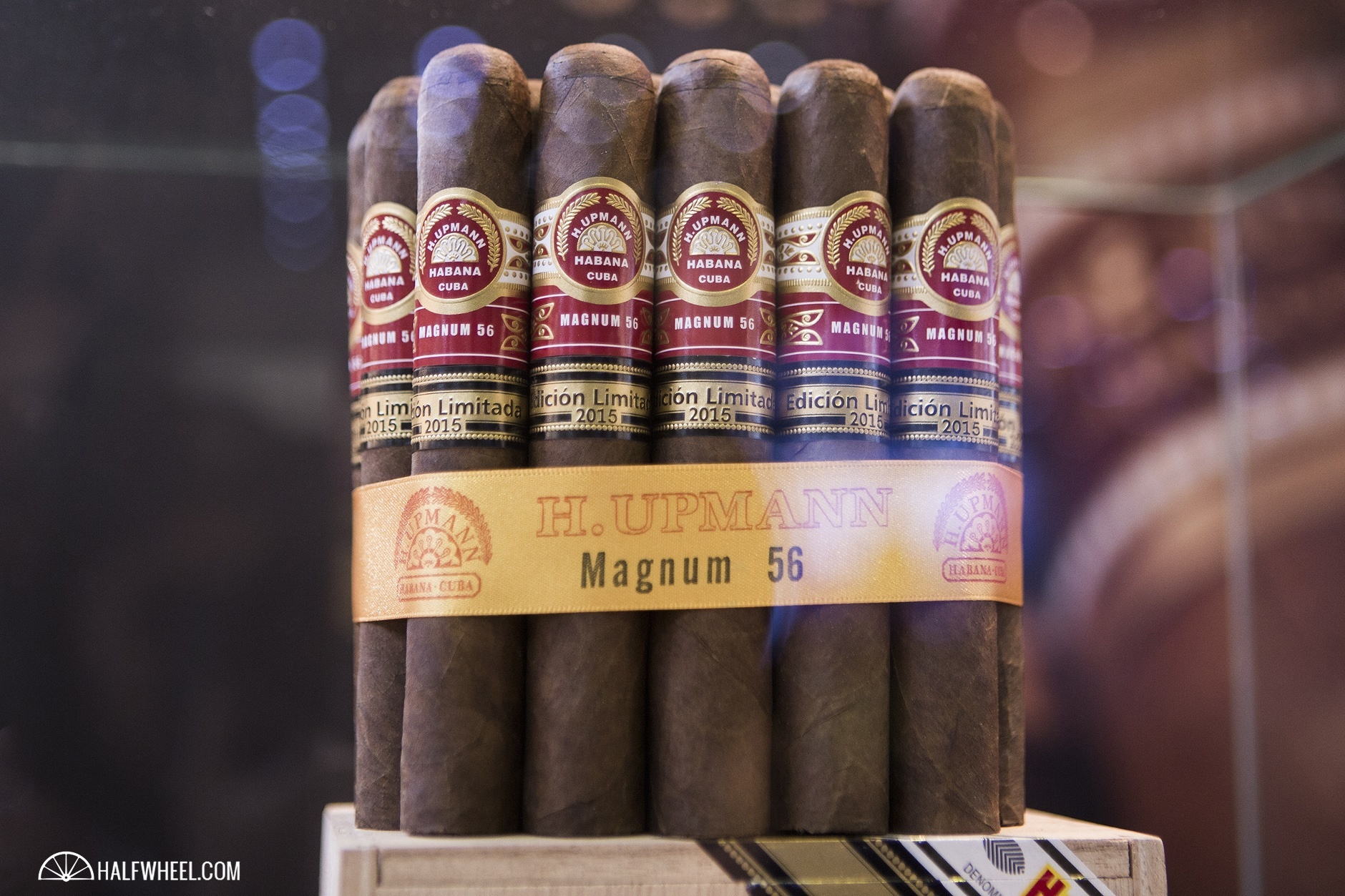 Habanos S.A. displays product in the 5th Avenue booth. 5th Avenue is the distributor of Cuban cigars in Germany.

There were two notable themes of this year’s show: TPD2 and a noticeable increase in Americans.

In 2014, the European Union passed Tobacco Products Directive 2014/40/EU (TPD2), a new law that would replace previous regulations for tobacco products. Member states will enact the new rules no later than May 2016 and there are still questions about how certain exemptions will be interpreted, specifically in regards to cigar packaging. Under a worst case scenario, cigar boxes could be subject to new health labels that would cover 65 percent of their surface. One of the largest issues is that each member of the European Union will interpret the exemptions individually, which could create further confusion for manufacturers regarding what health warnings are required. For many manufacturers, certain countries’ interpretations won’t have a very significant effect because of low sales, but how a country like Germany decides to proceed will be massive given their importance to the European market.

There were also a lot of Americans at InterTabac, or at least people who do their primary business in America. There’s the normal cast at the show: Alec Bradley, Ashton, Boveda, Davidoff of Geneva, Drew Estate, J.C. Newman, Joya de Nicaragua, La Aurora, La Flor Dominicana, My Father, Oliva, Padrón, Perdomo, Rocky Patel, Tatuaje, XIKAR and others.

A couple of additions have joined recently, E.P. Carrillo and Viaje were there last year, but 2015 was different. Carlos “Carlito” Fuente Jr. was in attendance for two days[ref]Fuente has had a presence at InterTabac for years, but normally the booth is manned entirely by the Meerapfel family, Fuente’s international partner.[/ref], A.J. Fernández made a return to InterTabac with Abdel Fernández in person, and it didn’t stop there: Skip Martin of RoMa Craft Tobac, Robert Caldwell of Caldwell Cigars, Yadi Gonzales of Flor de Gonzales and Frank Herrera of Herrera Cigars were all walking around the Westfallenhallen.

Even Cigars International/Meier & Dutch made an appearance with Steve McDevitt and Alex Svenson both in attendance. Then there was a collection of U.S.-based media who visited Royal Agio prior to InterTabac and made there way over to Dortmund for a few days.[ref]I was part of that trip.[/ref] What was once a small little trade fair in Europe with few Americans is changing. I was part of the change a few years ago, but the uptick this year seemed particularly noticeable. Along with that increase in attendance was a discussion of why so many were now attending and some gave an answer that was a bit interesting. In short, they were hedging their bets that Europe could help to offset any potential losses that could come up about by declining sales in the U.S. because of potential regulation. The dress code for InterTabac is a bit more formal than that of the IPCPR Convention & Trade Show.

I should be clear. Not everyone was suggesting this. In fact, the majority of people, particularly those that have been in Europe for some time, would likely never suggest it. But a few were and that seems dangerous.

There is no question that Europe is becoming a more important market for premium cigars. And while it’s becoming more important, there seems to be a notion held by some that it can become a replacement of sorts to any lost business that could come about as a result of any new regular by the U.S. Food & Drug Administration (FDA).

That notion is not only ironic, it’s illogical.

Europe’s regulations are not hypothetical, they are real and increasing at a rate that far outpaces the regulatory process in the U.S. 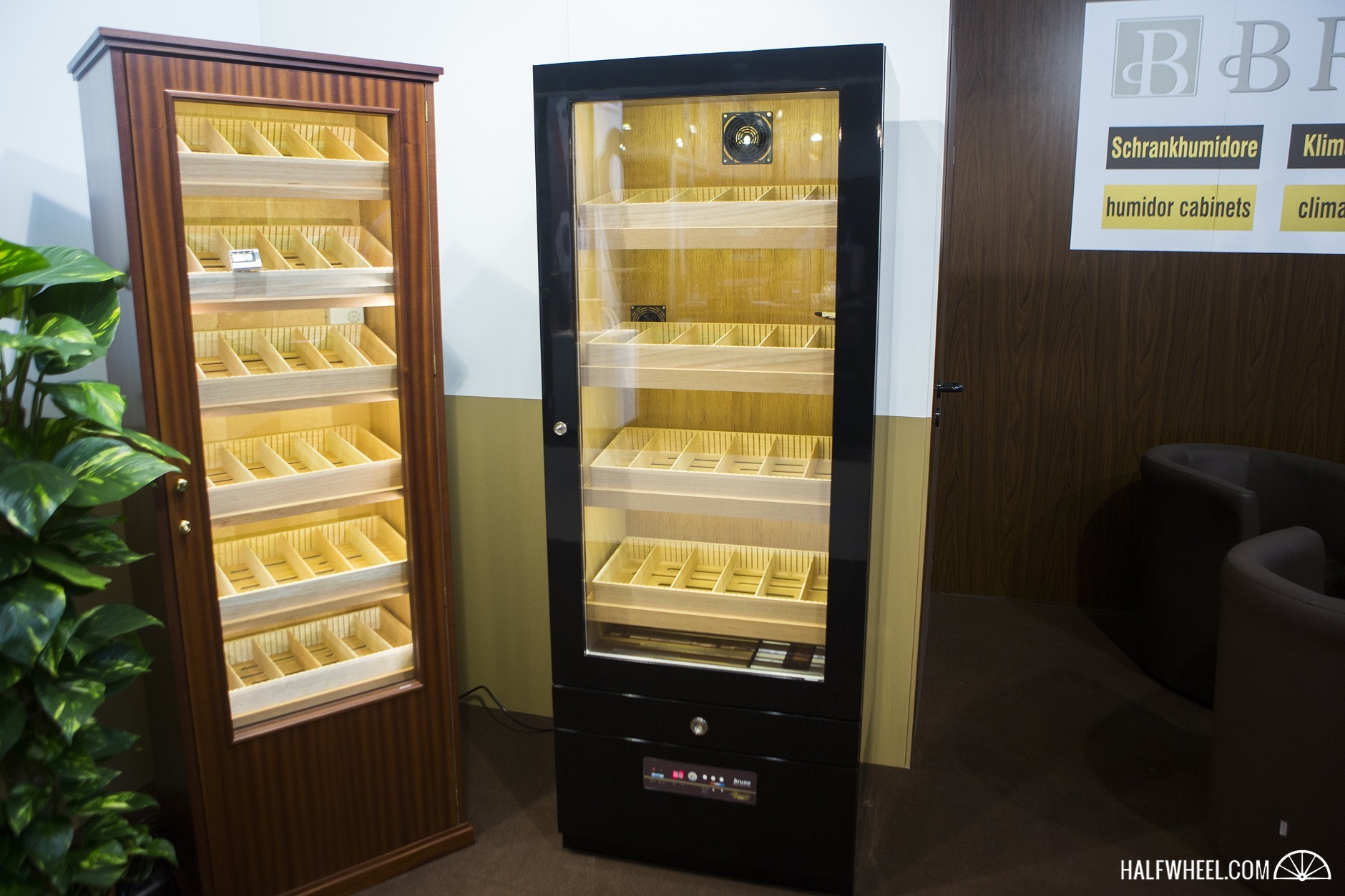 There are a lot more cabinet humidors on display at InterTabac than at IPCPR. While in many countries the cigar market might be declining, the biggest of those declines are almost universally in the Cuban cigar segment. As new groups of smokers turn into customers, the openness towards non-Cuban cigars—which can be less expensive, stronger, larger and/or presented more creatively—is allowing for some non-Cuban manufacturers to grow their businesses despite the overall market trends. J. Cortés is a notable brand in Europe, but not something you are going to see in the U.S. It’s an interesting mixture, the traditional European Royal Agio’s booth with some Drew Estate branding on the right.

But it’s not enough. Making money in Europe is not impossible, and plenty seem to be doing so at the moment. But it’s a process, one that takes years, a lot of trial and error and some high costs for annual sales in countries that often amounts to less than the amount of business a single large American retailer does for any particular company.

The U.S. market is the holy grail. Low taxes, little regulation and exponentially larger retail and end consumer customer bases. Those factors combine for an environment where doing business is easy. Sure, there is more competition in the U.S. market than any other, but in many ways it spoils companies who get used to the extremely low barriers to entry, quick returns and potential for rapid development; none of those attributes seem to be part of the collective European market.