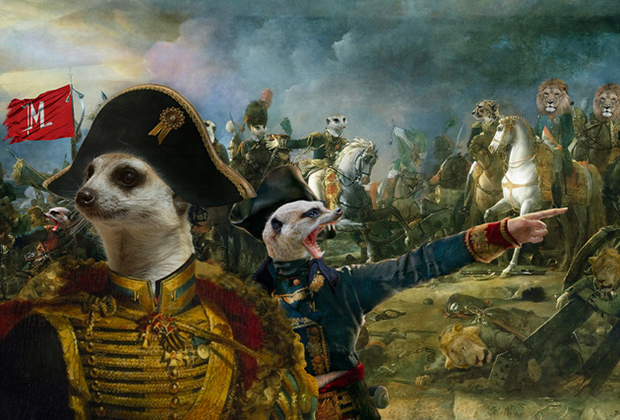 Indianhead Cigars is set to release Team Meerkat, the third and final new and limited line of cigars it previewed earlier this year in The Black Bag Job. Team Meerkat made it first appearance as part of the The Black Bag Job, a three cigar sampler that Indianhead Cigars released in mid-May as a glimpse into the cigar library of Jochy Blanco’s Tabacalera Palma in the Dominican Republic. Like those other two lines, Palindrome and Seek & Select, little is being disclosed about Team Meerkat, as the company is keeping the blend under wraps. The lines have never been released before, and are generally referred to as test projects, some of which were done to explore the effects of aging on certain types of tobacco. When announcing The Black Bag Job, the company estimated the average cigar in the set had about six years of age on it.

Instead, the company announced the cigars accompanied by the following story:

On a warm day in July many years ago a group of Meerkat businessmen arrived in the Dominican. They were all dressed in perfectly tailored Meerkat suits and handmade Meerkat shoes. We knew they were serious about cigars because they wore over 13 bracelets each.

The blending process was much easier than normal because the Team always kept a look out for production problems and predators. This allowed our rollers to focus purely on quality without having to worry about a lion sneaking up on them.

T.M. (Team Meerkat) was a great mob to work with. We had many offers from other rival Mobs to make them cigars, but we decided we did not want to get into a great Meerkat war, but we put the Dominican Air Force on high alert just in case.

We hope you enjoyed the Black Bag Job as much as we did. We hope it provided some smiles.