It really is amazing what can change in a year.

In May 2019, Phil Zanghi’s Debonaire House released a new blend for its Indian Motorcycles line, and it would be the first Connecticut-wrapped cigar in the line. It would also be an exclusive to Canada, at least for a few months.

It would join the brand’s two other blends, the Indian Motorcycle Habano and Indian Motorcycle Maduro, and would eventually make its way to U.S. retailers. It was the showcase offering in Debonaire House’s booth at the 2019 IPCPR Convention & Trade Show, heading to retailers in the late summer with plans to expand to worldwide distribution as well. So while a few things have changed about the cigar since I first reviewed it, and this review’s purpose is to see how the cigar itself has changed in that time, so have a number of things about the country where it debuted.
On Nov. 8, Canada’s plain packaging law went into effect, something that numerous people have suggested will severely impact the availability of cigars in the country due to manufacturers or distributors being unwilling to create new packaging that meets the requirements.
Additionally, the La Casa del Habano franchises, which sell only Cuban cigars of course, have almost completely disappeared from the country. Toronto’s location closed its doors for good on Dec. 31, 2019, and the Montreal location is scheduled to close as of May 31 after more than 20 years in business. A third store in Windsor, Ontario has been closed since late 2017 due to a fire and its reopening is still yet to happen, recently delayed by construction and other issues, including coronavirus-related shutdowns of businesses.
So yes, a lot can change in a year.

Here’s what I said about the Indian Motorcycle Connecticut Shade Toro when I reviewed it in May 2019:

I certainly enjoyed smoking this latest addition to the Indian Motorcycle portfolio, though I do have some reservations about it. As the technical aspects were flawless, my biggest requests lie solely with the cigar itself in that I simply wanted the Indian Motorcycle Connecticut Shade Toro to just give me a little bit more of its best aspects: a little thicker and fuller body and smoke in the first and final thirds and definitely more of the sweet creaminess that it flirted with on a handful of puffs, particularly if I could do a straight swap for the rougher flavors that the cigar offered. Give me that, and this could certainly be a contender for a go-to, milder Connecticut seed cigar. 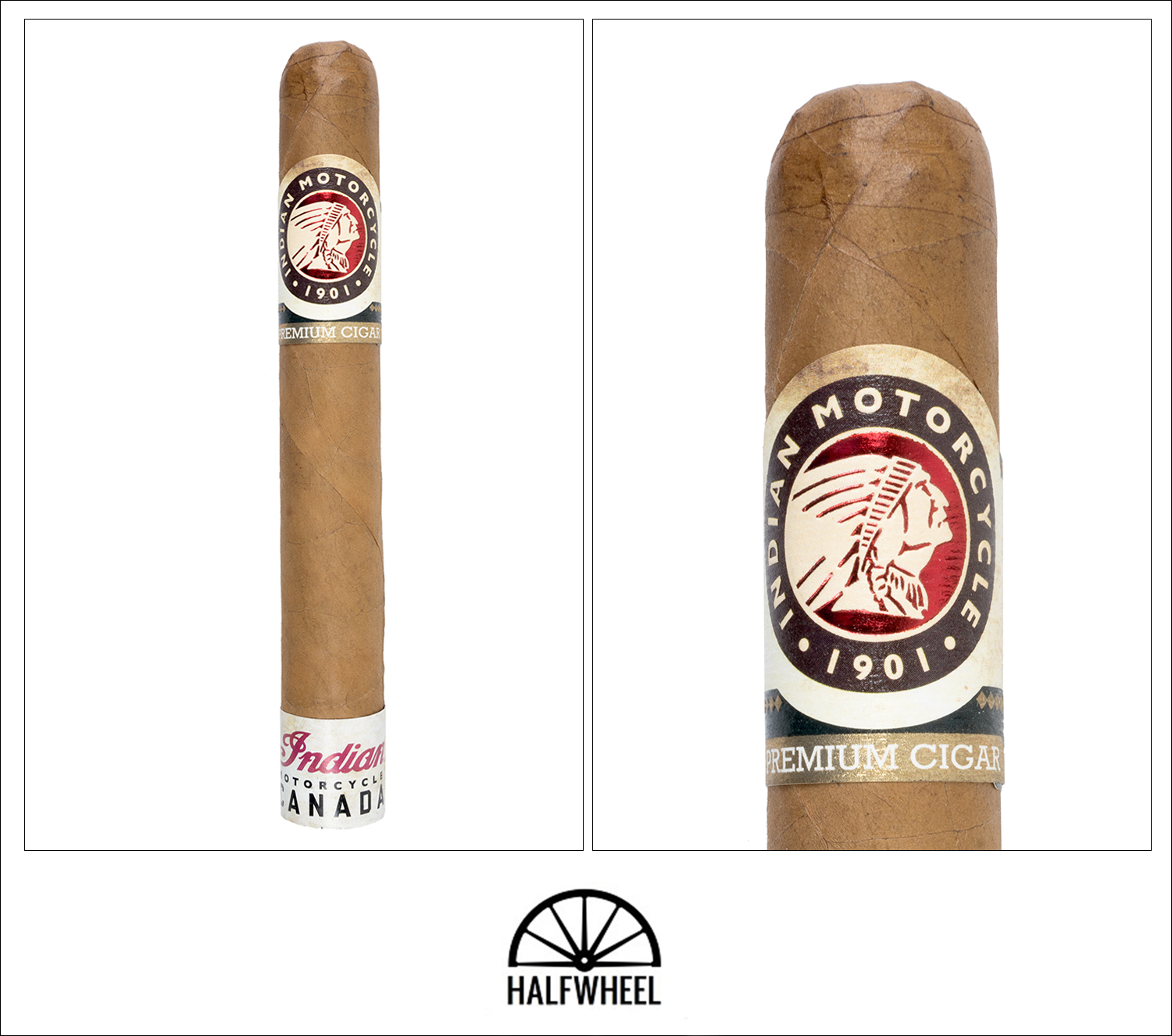 I have to admit I’ve had my eye on this cigar for a redux for some time now, but timing never quite matched up as well as it did with some other cigars in the humidor until now. The light-colored wrapper sticks out in a box of darker colored cigars, and once removed from the cellophane, the wrapper shows it has a fairly dry and ever so slightly toothy texture, which gives the fingers a bit of very fine grit as a tactile sensation. The cigar appears to be rolled well and when expected, has a slightly spongy give to it. While I like the foot band on this cigar, I’m forced to rip it to get it off thanks to just one little bit of glue that I see has made its way onto the foot of the cigar. From that foot I get aromas of breads and toast along with just a bit of white pepper and suggestions at dry woods, a combination that elicits a sneeze. Air moves well on the cold draw and the flavor is a bit softer than the aroma, still bready but easier on the taste buds, with a bit of sweet creaminess now and very little pepper.

Having recently smoked some fairly full-bodied cigar, the mild and mellow start of the Indian Motorcycle Connecticut Shade Toro is definitely appreciated. The breadiness from the aroma and cold draw are still here, as is the sweet creaminess, emphasis more on the latter than the former in that description, however. Pepper is fairly minimal in the early going, building up a bit after the first clump of ash drops off at just over an inch in length. I also get the first suggestions at some light, dry woodiness, but it is still fairly mild. White pepper picks up most notably in the retrohale, which is just vibrant enough to impart a slight tingle and allow for multiple passes without overwhelming the olfactory nerves. By the midpoint, it’s still a mild to mild-plus cigar across the board, with the body the closest to medium. Construction has been fantastic thus far. The second half of the Indian Motorcycle Connecticut Shade Toro sees the cigar take a noticeable step forward in flavor by way of some black pepper joining the mix. It had been present ever so slightly earlier but now is much more solidified in its role. It’s combination with the dry wood flavor can lead to the profile tasting a bit charred at times, though slower puffing mitigates that a bit. The reduction of some creaminess has also contributed to the change, and I would certainly welcome its return sooner than later. There’s also just a touch of sourness coming through as the cigar enters its final third, but what is most noticeable is that the profile now sits just shy of the medium mark thanks to the pepper and an overall increase in the vibrance of the flavors. That profile sticks with the cigar until it is time to be put down, about an hour and a half since being lit. It finishes with a slightly charred but still enjoyable medium flavor intensity, medium body and mild strength level, with outstanding, nearly flawless construction.

I'm a bit surprised to report that not much has changed about the Indian Motorcycle Connecticut Shade Toro since I smoked it just about a year ago, especially when it comes to my wants from it. The flavor progression is nearly identical, the creaminess seems a touch richer and more coating, and the second half of the cigar brings about a fairly rapid development into a more medium-bodied profile that is enjoyable even with a few rougher spots that show a charred flavor. Much as with a year ago, about all I can ask for is the cigar to smooth out those rougher spots and give me just a bit more of its best spots where the smoke is full and creamy and the flavors still mild and nuanced. One thing that hasn't changed is my recommendation on the cigar, which is that it is a very easy choice for when a milder yet still vibrant smoke is the request.