Originally launched in 2012 by Mitchell Orchant, the managing director of C. Gars Ltd in the U.K., Inka Secret Blend Cigars are Peruvian puros that are produced at Tabacalera del Oriente in Peru. According to the company, each cigar is made with 100 percent Peruvian tobacco that has been aged for a minimum of at least three years.

“It’s the kind of cigar that leaves me wanting to smoke another one immediately as it doesn’t blow your palate out with strength,” said Orchant. “…very little salt, enough acidity, no bitterness and plenty of sweetness.”

Last month, Orchant announced that after three years, the Inka brand has become his best-selling non-Cuban brand, and that he would be offering the cigars to the U.S. market for the first time, albeit under the slightly different name of Inca Cigars.

Our news story had more information about the release: 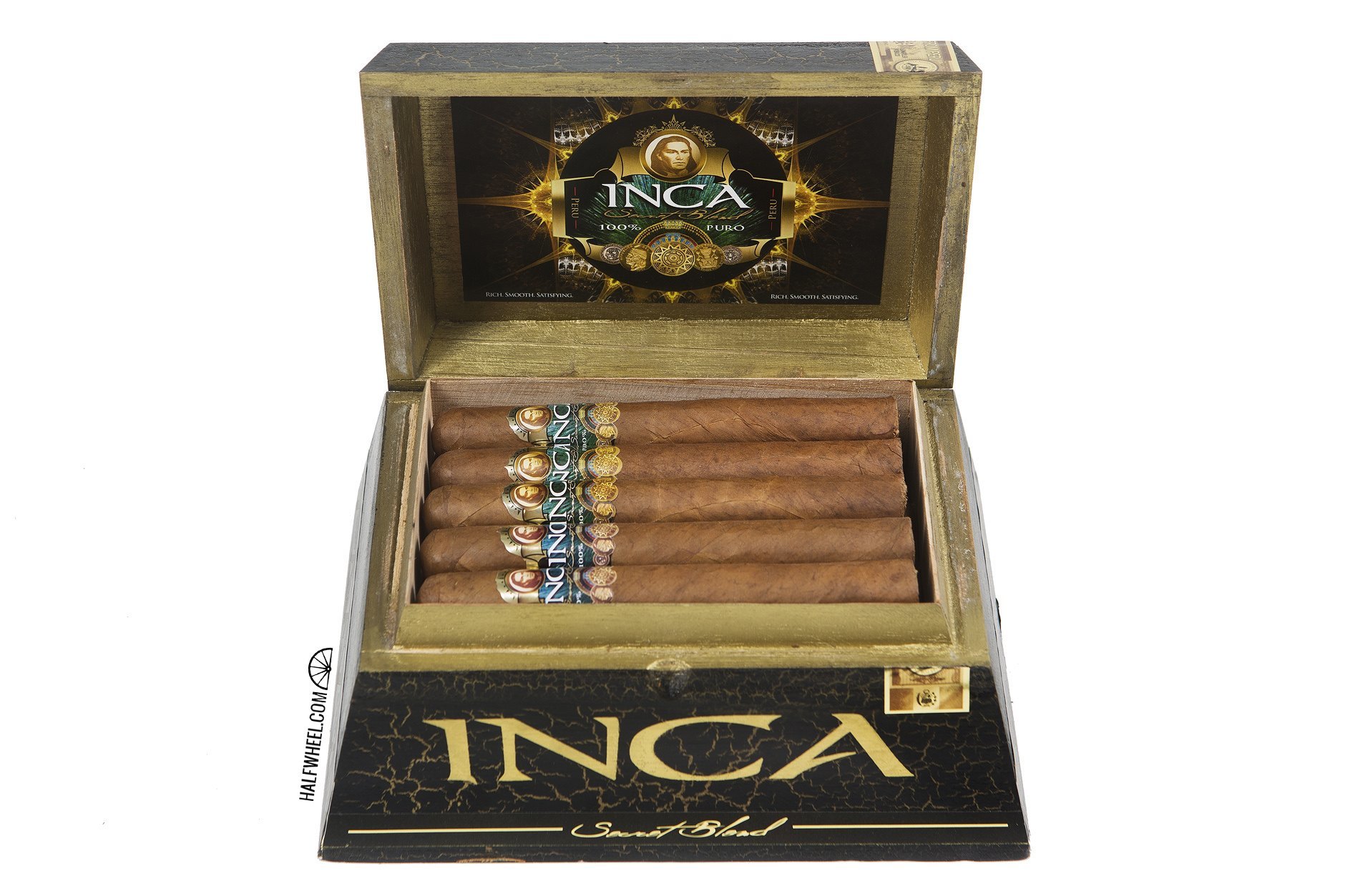 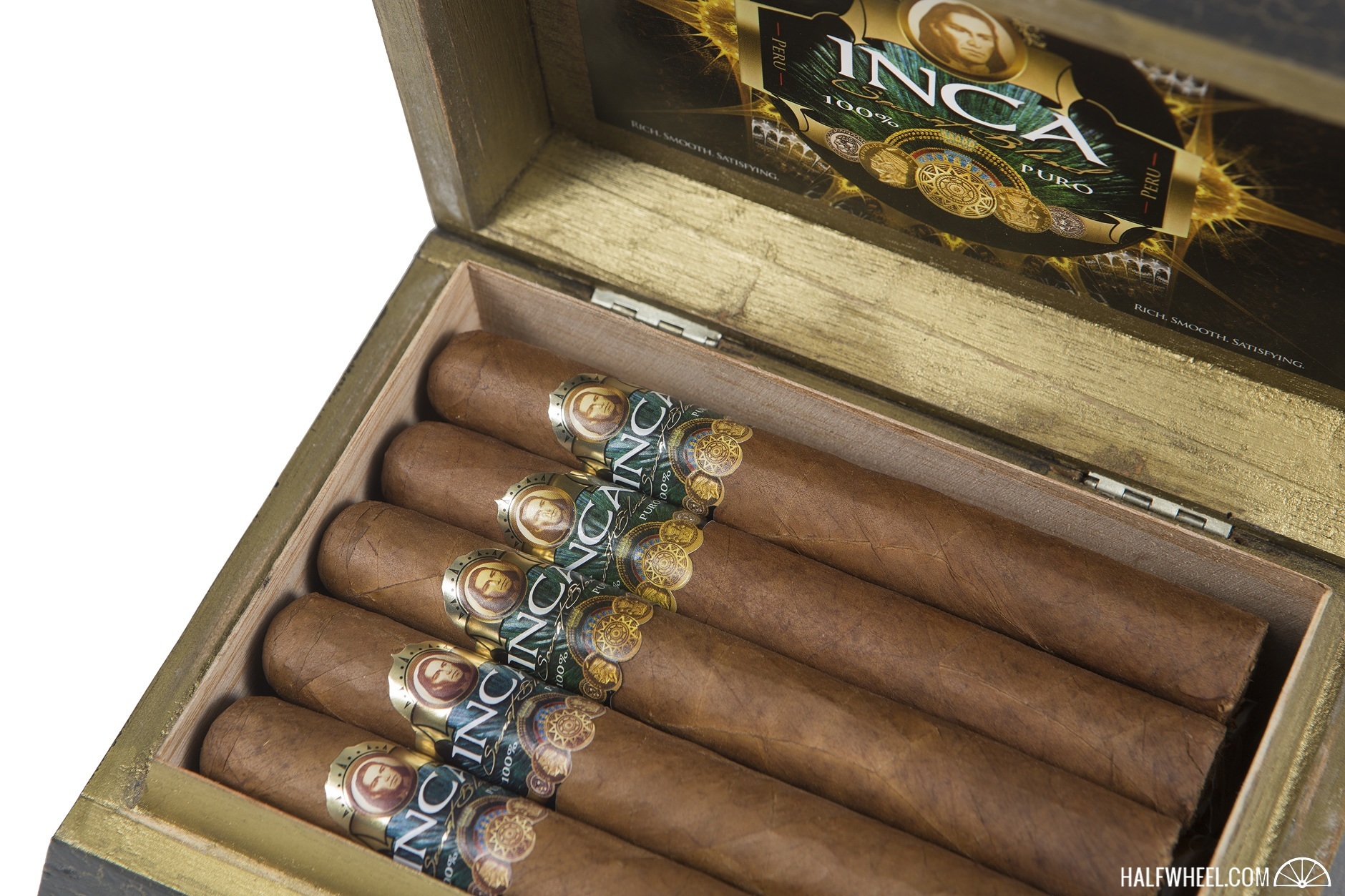 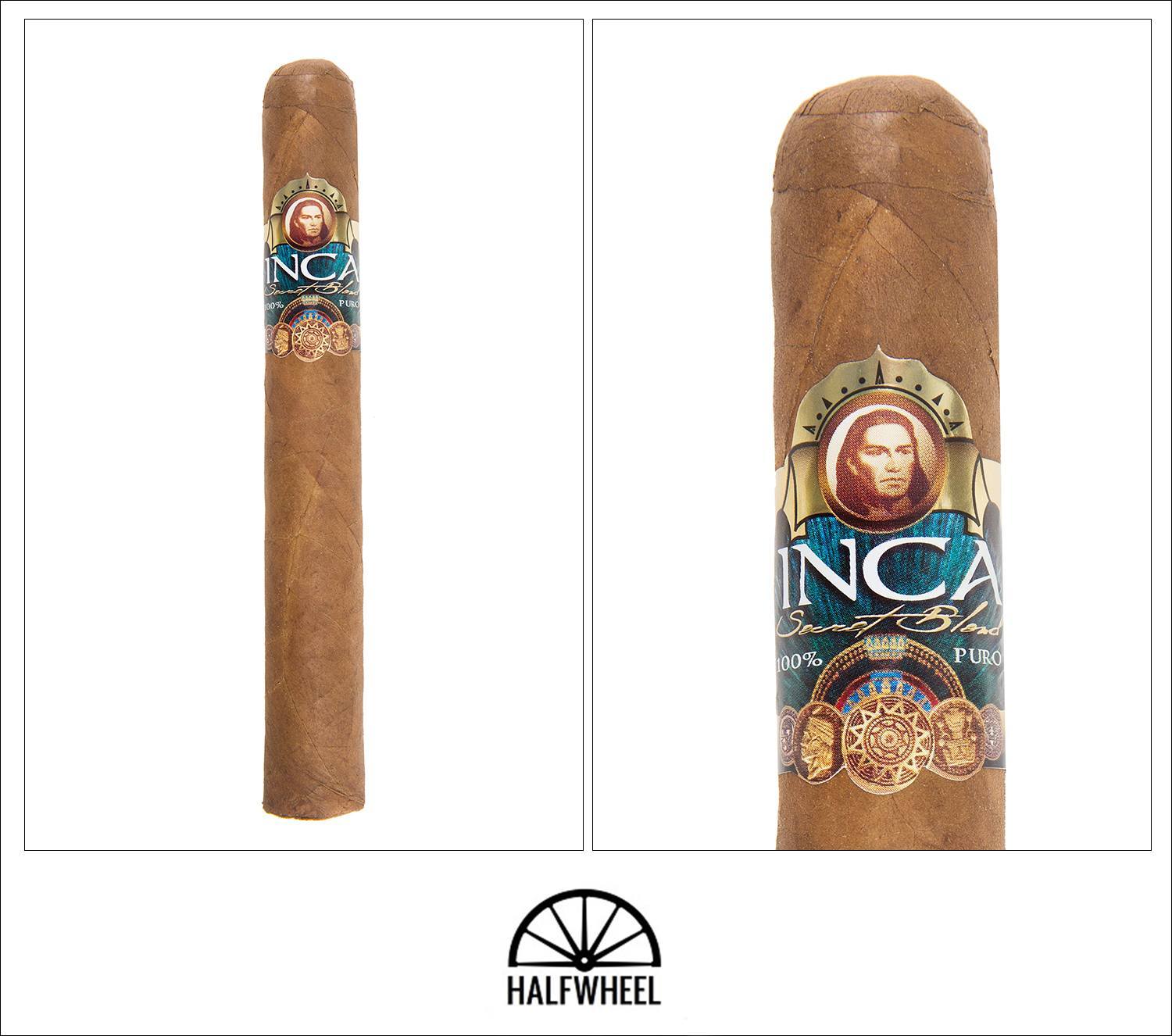 The Inca Secret Blend Tambo is covered in a reddish-brown wrapper that, while quite smooth to the touch, has several obvious veins running down its length. It is appropriately spongy when squeezed and there is a touch of oil present. The aroma coming from the wrapper is a combination of strong dark cocoa, baker’s spices, cedar, manure and grass, while the cold draw brings flavors of hay, leather, tree bark and barnyard, with a bit of a floral note thrown in.

The Tambo starts off with a dominant flavor of anise, along with lesser notes of gritty earth, leather, oak, coffee, tobacco and grass. There is an interesting—albeit fairly slight—floral sweetness that is pulled over from the cold draw that makes itself known every once in a while on the retrohale, where it combines with a nice amount of white pepper. The finish is slightly bitter, but not overly so, and the smoke production coming from the foot is solidly average. The draw is just a touch loose for my tastes, while the burn is razor sharp so far and the strength is virtually non-existent, barely hitting a point halfway between mild and medium by the end of the first third. 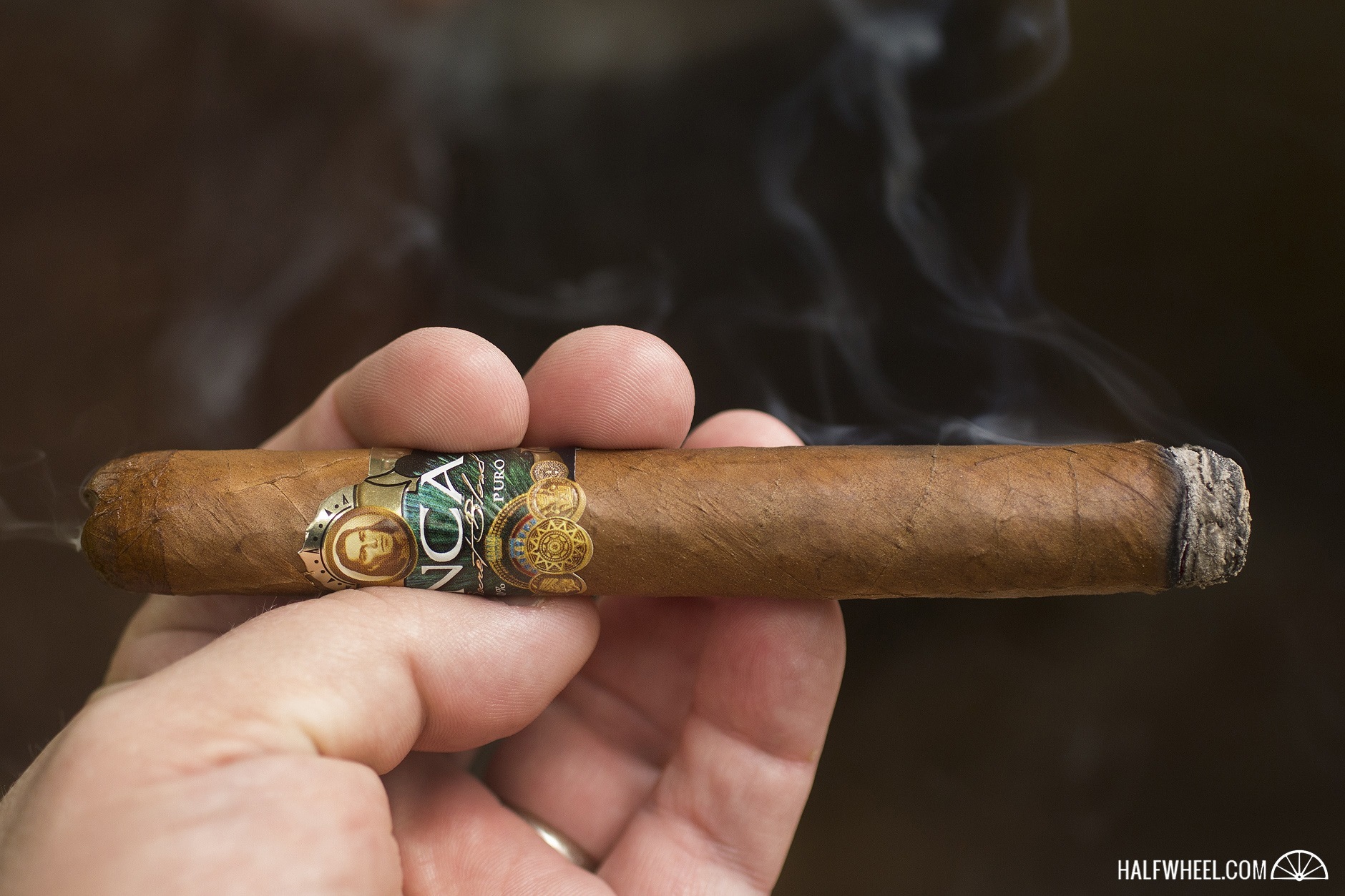 There is an interesting but fleeting buttery creaminess that shows up on the finish in the second third of the Inca Secret Blend Tambo, which combines nicely with the flavors of oak, leather, tobacco, dark cocoa and coffee. The floral sweetness from the first third has turned more generic, and I am also picking up a bit of black pepper on the retrohale, but there is no indication at this point that either note is going to increase enough to majorly affect the profile. The draw has tightened up nicely, and the burn continues to impress, while the smoke production has seemingly increased a tad bit. The overall strength is still very light, and it fails to hit the medium mark by the end of the second third, although it does seem to be rising. 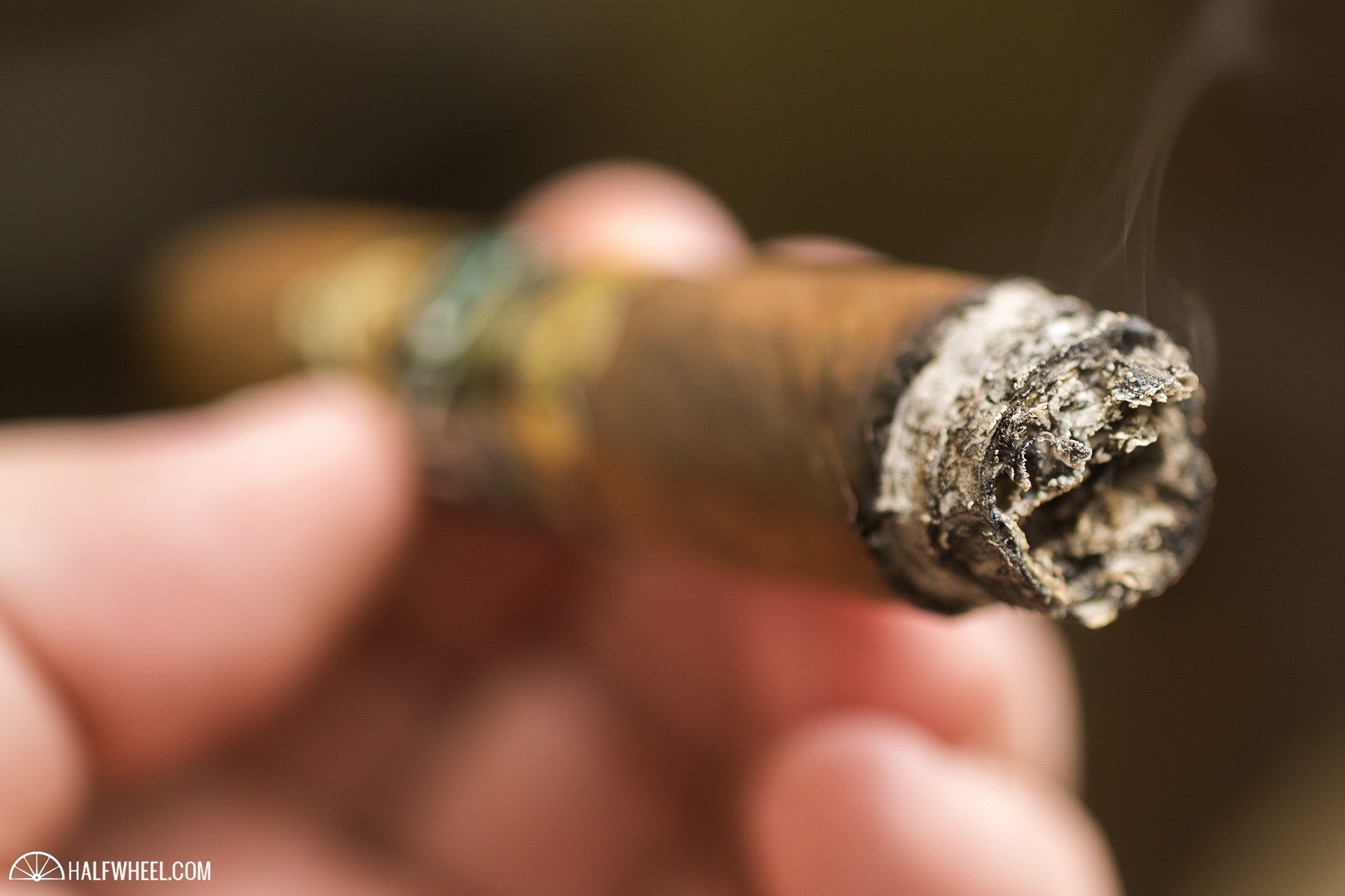 The final third of the Inca is quite consistent with the second third, throwing me nothing new other than the sad fact that the creamy butteriness disappears. The flavors of leather, oak, espresso, chocolate and anise flit in and out, with none of them really dominant over the others at any one point. While both the sweetness and the black pepper remain in the profile, it is still quite generic, and it starts to recede more and more as the final third comes to a close. Construction-wise, the Tambo is a joy to smoke at this point, with a wonderful draw and a razor sharp burn line that I don’t even have to think about. As expected, the strength does increase, but not all that much, and hits a point close to medium before I put the nub down with less than an inch left. 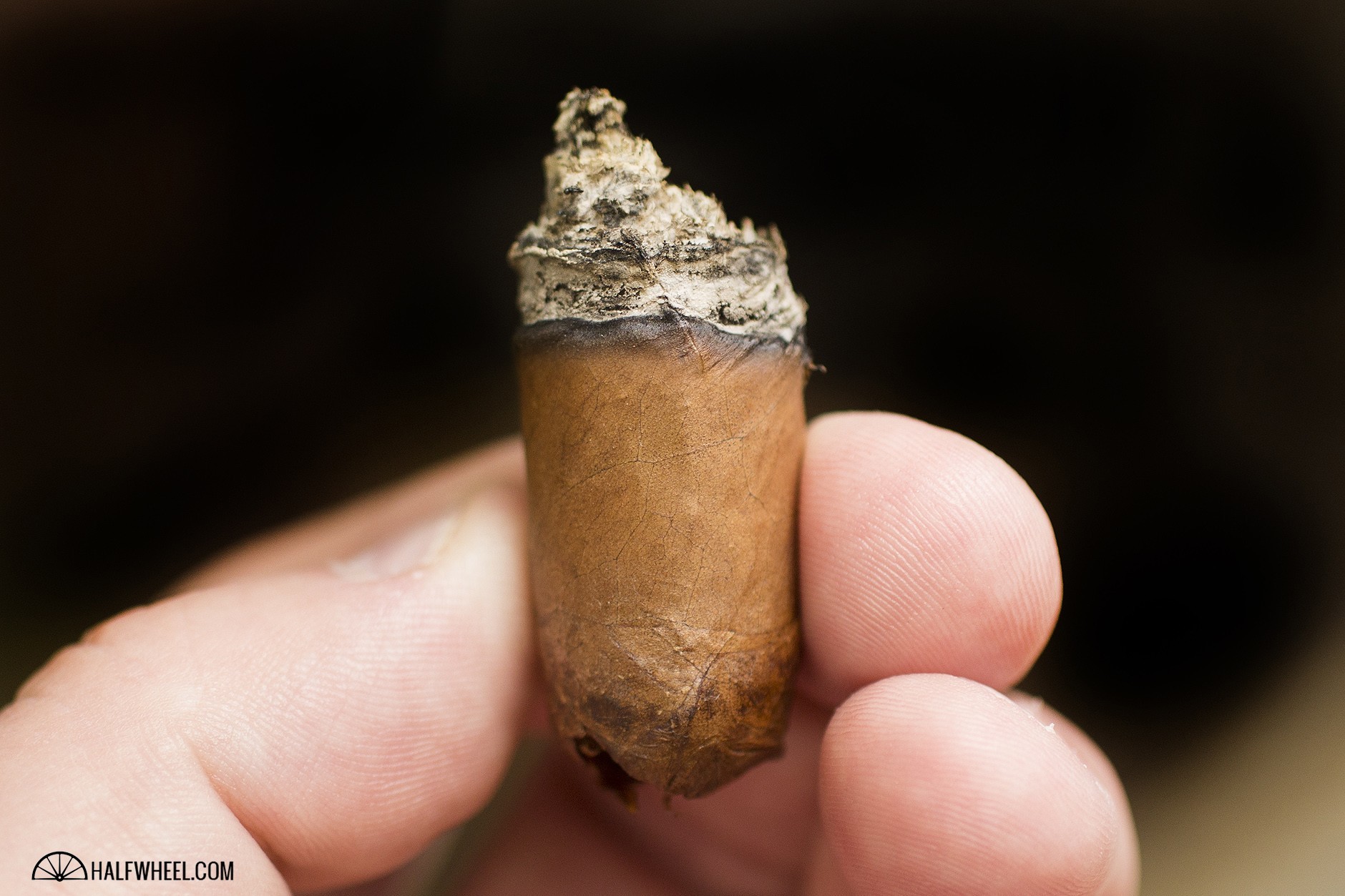 I have to be honest, I was expecting something a bit more engaging, or at least original, in a cigar made entirely of Peruvian tobacco.  It is a smooth blend no doubt, but the flavors that it presents are just not all that interesting or unusual, other than the creamy butteriness in the second half that was all too fleeting. A decent enough blend, and one that just about anyone could find something to like about, but don't expect anything astoundingly different.