At the IPCPR show in Las Vegas last July, Illusione showed off a new line of cigars based off of one of their most popular releases to date. The ~ULTRA~ line, named after the 2006 MKULTRA, started with the new version of the Corona, ~ULTRA ~ MKULTRA, which was shipped to a few retailers right after the show. Although three other vitolas were shown at the show and were supposed to ship around October of last year, they have just now started showing up to stores.

Here is what Dion Giolito had to say about the new ~ULTRA~ blend:

With the exception of the MKULTRA, the ~ULTRA~ line is box-pressed.

The three new vitolas, mean there are four different sizes in the ~ULTRA~ lineup, all in boxes of 20 except for the MKULTRA, which is sold in boxes of 25. 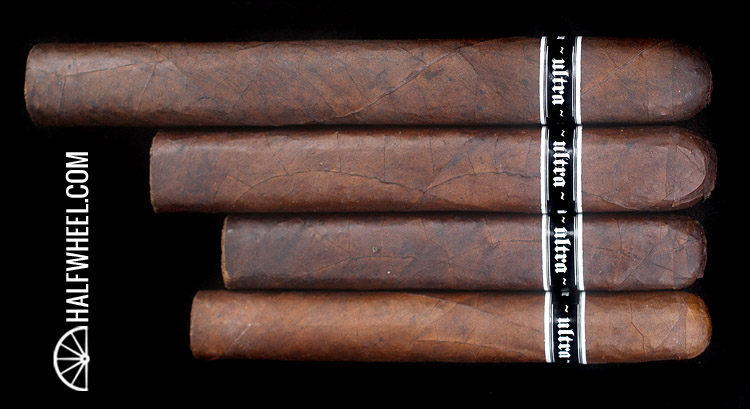 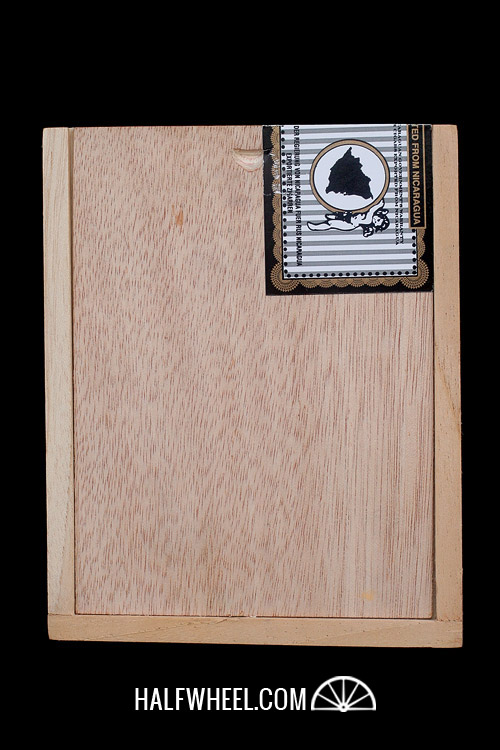 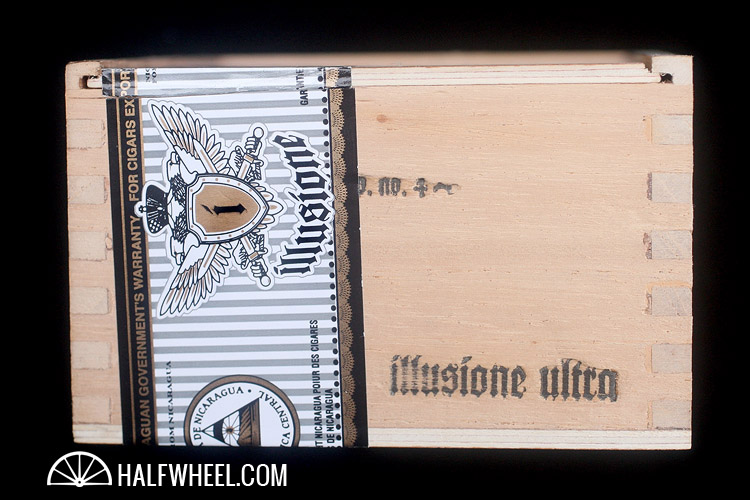 The Illusione ~ULTRA~ OP No.4 is quite a sight when you first lay eyes on it. A dark espresso brown wrapper that is totally seamless and completely smooth to the touch is wrapped around a cigar that has an extreme box-press. It looks almost like a dark chocolate candy bar. When squeezed, the cigar is rock hard. The Nicaraguan wrapper smells very strongly of barnyard, pepper and leather.

The first third of the Illusione ~ULTRA~ starts out with a strong chewy, meaty profile, along with flavors of hay, dark chocolate and just a touch of sweetness that I can’t distinguish as of yet. In some regard, it’s kind of like eating a steak. There is the smallest amount of spice on the tongue, but more pepper is present on the retrohale than in my mouth. Construction is excellent through the first third with a perfect draw and great burn. The strength ends at a solid medium by the end of the first third, but it is only getting stronger. Coming into the second third of the OP No. 4 and the strength is increasing by leaps and bounds. The profile shifts a bit and there is more of an espresso and chocolate flavor dominant, although that meaty note is still hanging around, along with quite a bit more pepper, both in the mouth and on the retrohale. Other notes of leather and wood come and go. The sweetness from the first third also gets stronger and I can finally tell it is a molasses flavor, which pairs quite well with the espresso note. The strength of the Illusione ends the second third as a very strong medium and shows no signs of slowing down. The final third of the ~ULTRA~ No. 4 continues the trend of increasing strength and ends at a full minus. The spice and pepper start to wane quickly at the start of the final third, until they both totally disappear by the end of the cigar. The profile is meatier, almost creamy in places, with notes of strong leather, espresso, and the aforementioned molasses, which actually increases noticeably before dying down at the nub. Construction ends the way it began, excellent. For me, the ~ULTRA~ lineup is easily Dion's best new release to date. The Robusto is complex without being overwhelming and strong without being overbearing. Having said that, after smoking each of the different vitolas for this review, there is no doubt in my mind that the ~ULTRA~ MKULTRA is the best of the line by a wide margin. The Robusto is an easy second, but the Toro and Double Corona seem to be a bit overwhelming strength wise at times and just not as complex profile wise. If you like strong, dark and meaty profiles, with a bit of added sweetness, than this line is for you.