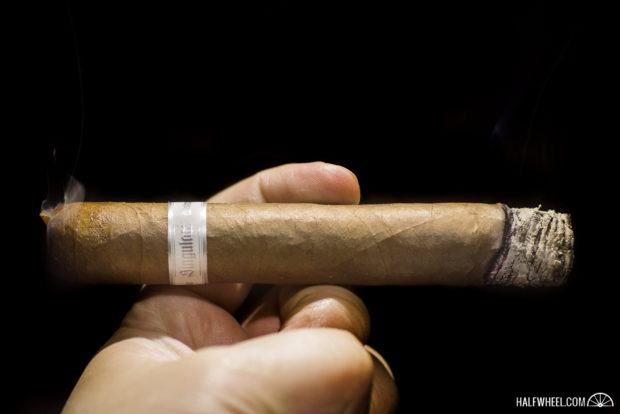 At the 2016 IPCPR Convention & Trade Show, Illusione showed off a plethora of new cigars as well as news that a few fan favorites would return as regular production items, namely three prior Singularé releases: Anunakki, Miserere and Phantom.

Singularé is Illusione’s annual limited edition showcasing tobaccos from a single farm, albeit, not limited to just those tobaccos.

Anunakki was the 2014 release centered around tobaccos from the Chilamate farm in Jalapa. It measured 5 1/2 x 54, rather thick for the Singularé series, and was made up of corojo 99 and criollo 98.

I reviewed it in November 2014 and has this to say:

The Singularé series started with such a bang. Many Illusione faithful will say that the Phantom was the greatest cigar Dion Giolito has produced to date. While that’s not my opinion, it’s not the easiest statement to dispute. Yet, after that great cigar we were presented with delays and the two most disappointing Illusiones to date: Singularé 2011 and 2012. Last year’s release gave me hope things were back on the right track and Singularé 2014 Anunnaki should restore whatever faith disappeared about how good the annual Illusione release should be. While some will complain about the size—the shortest and thickest to date—if this is about flavor, it’s second only to the Phantom and seems like an ideal candidate for a short bit of rest.

Anunakki finished second on our top 25 that year, just behind a $500 Davidoff, making it the best non-ridiculously-priced cigar of the year according to this website.

I find myself interacting with a fair amount of cigars and this is about as perfectly cylindrical as one can get. The wrapper is a dark tan with near uniform color. I don’t pick up any aroma off the wrapper—the cigar came from its original box but does not come packed in cellophane—but there’s a fair amount going on from the foot: floral, rotten apples and a bit of barnyard. The cold draw is similar with the Illusione providing floral and bubble gum flavors at a mild-medium intensity level. 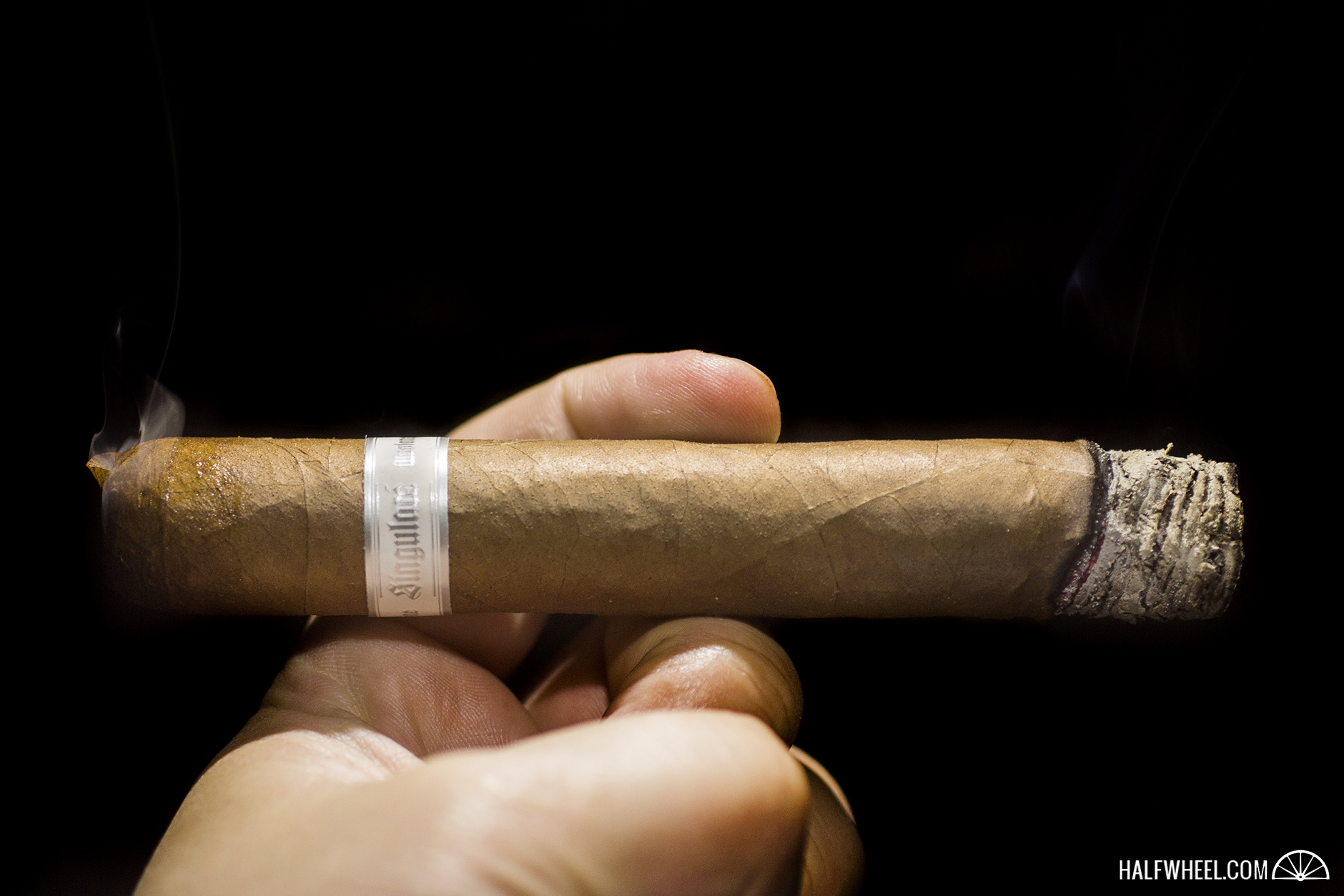 It starts with cedar, creaminess and a touch of caramel along with a bit of white pepper on the back. The Anunnaki settles to an enticing mixture of sweet creaminess, saltiness, oak and a bit of fresh flowers through the nose. It reminds me a lot of earlier Illusions from circa 2010, a crisp near perfectly even balance of four sensations. By the second third, tart lemon has entered the retrohale and black peppercorns are building on the back of the throat leading to a lot of salivation. After the halfway point the peppercorns fade and the lemon becomes significantly sweeter. In addition, some pita bread joins the fray along with blood oranges. In the final third, the oak increases dramatically and is now joined by some cherry sweetness and a very odd metallic flavor that at times actually reminds me of scrambled eggs if that can make sense at all.

Construction is fantastic with the exception of a slight burn correction needed in the final third that is made as much to even out the cigar, but also to help the cigar’s burn. Strength starts medium-full and hovers around there for most of the cigar, although it occasionally dips into the medium-plus range.

If every cigar I reviewed was this good, my job would be a lot more enjoyable. The Illusione Singularé 2014 Anunnaki has aged very well; quite simply, it’s aged like many Illusiones before it has. Nicaraguan cigars aren’t known for getting substantially better with my time, but in this case it absolutely has. Furthermore, it’s done so without any noticeable reduction in flavor intensity, body or strength.