Take a somewhat reclusive cigar manufacturer and retailer who has never been fond of events or excess promotion and put him together with a retailer with more than a dozen locations, a radio show, a huge fondness for events—including an annual multivendor event that draws north of one thousand people—and who has a line of store exclusives that is ready to crack the double digit mark and what do you get? The Illusione Pactum.

Smoke Inn announced that the Pactum would become the ninth installment (and 10th actual cigar) in its Microblend Series in mid-November, joining cigars from Tatuaje, My Father, 601, Padrón, Arturo Fuente, Quesada and Room101. The cigar’s name is Latin for agreement, with a logo that shows a pair of shaking hands, a fitting image for this store exclusive.

For Illusione, Pactum is the company’s third limited edition private label not made for Giolito’s FUMARE own store—all released this year–and follows up on the Illusione Sin Cinta that was made for Fox Cigar Bar in Gilbert, Ariz. in January and the Illusione MC Slam made for R. Field Wine Co. in Honolulu, Hawaii that was released in September.

The cigar was released on Dec. 5 with an in-store event featuring Dion Giolito of Illusione, something that itself is a bit of rarity as he’s not known to do lots of these type of events.

Shortly after the dust settled from that event, Smoke Inn announced its next Microblend Series release, the Drew Estate Pope of Greenwich Village, which will debut at the store’s Great Smoke VIP dinner in February before a scheduled release in April. There’s a solid press on the Illusione Pactum that gives it a candy bar shape; a few flat veins on the wrapper further that visual impression. There’s just a bit of texture to the wrapper, a very fine and soft grit that feels good on the fingers. A squeeze down on the cigar reveals a very firm cigar, while one on the sides shows a little bit more give. The cap is a bit concerning on two of the three cigars, as it doesn’t seem able to lie flat and can be easily picked off with my finger. There are a few examples that suggested the term beanie might be more appropriate than cap, given the way it rested on the cigar. While the box press may have been good for the rest of the Pactum, it doesn’t seem to have done anything favorable for the cap. The band provides just a little bit of insight as to what this cigar is, and certainly warrants having a secondary band added, either by the manufacturer or by the consumer. Aromas off the foot include a faint but fairly fragrant berry sweetness on top of a touch of damp soil. The cold draw is easy without feeling loose and has a distinct note of peanut, sometimes leaning more towards peanut butter while at others leaning more towards a peanut flavoring, such as what you might find in a candy or protein bar.

There’s a very pleasant sweetness that is the first thing my taste buds register upon lighting up the Illusione Pactum, and it quickly pairs with a light effervescence that has me thinking of cava or another sparkling white wine. A stout and punchy pepper on both the palate and in the nose emerges early on, an almost underdeveloped note that is quick and blunt but doesn’t linger on either sense very long. Under the pepper are more notes of chalk, peanut and faint lumber; the combination does a good job trying to deepen the  complexity of the flavor profile early on, and while not every cigar was incredibly complex, Pactum succeeds by offering good quality of what is there. With time the pepper starts to open up, becoming much more developed and lasting, a nice revision to the rough draft turned in earlier. The burn line is fantastic and reveals a dense white ash as it makes steady progress up the cigar. Flavor hits a little bit of a lull at the end of the first third, when it seems like whatever semblance of ligero might be in the cigar has been completely removed, as the taste picks up a flavor of chalk and flour and becomes very soft in the mouth. The lull in strength carries the Illuisione Pactum into its second third, and it’s a few puffs in before the body starts to come back; even then it still falls in the mild-plus/medium-minus range. There are still notes of raw peanut up front but with a finish and aroma that reminds me of boiled peanuts, with just a touch of lingering pepper and a chalky note building. A slightly sour undertone latches on to the smoke at the midway point, while more pepper starts to rejoin the mix and at times jumps into the eyes. The flavor profile is fairly straight forward without much change since the first third and intensity staying fairly medium with strength a bit milder. The pepper dials down just a bit in anticipation of the final third, while the cigar continues to burn beautifully in every category. While I keep waiting for the Pactum to make some final third change in flavor, it never seems to arrive, staying true to the core notes of peanut and chalk with just a touch of salt showing up for the first time. While it has diminished quite a bit, there are still appearances from the sour, chalky note at times, leaving a less than pleasing taste on the front of my tongue. The draw loosens up just a bit in the final puffs, while the pepper becomes more pronounced on the retrohale, giving the cigar a bit more strength in its conclusion. The burn line has stayed razor sharp from start to finish, smoke production has never lacked for a moment and the ash hold on exceptionally well. 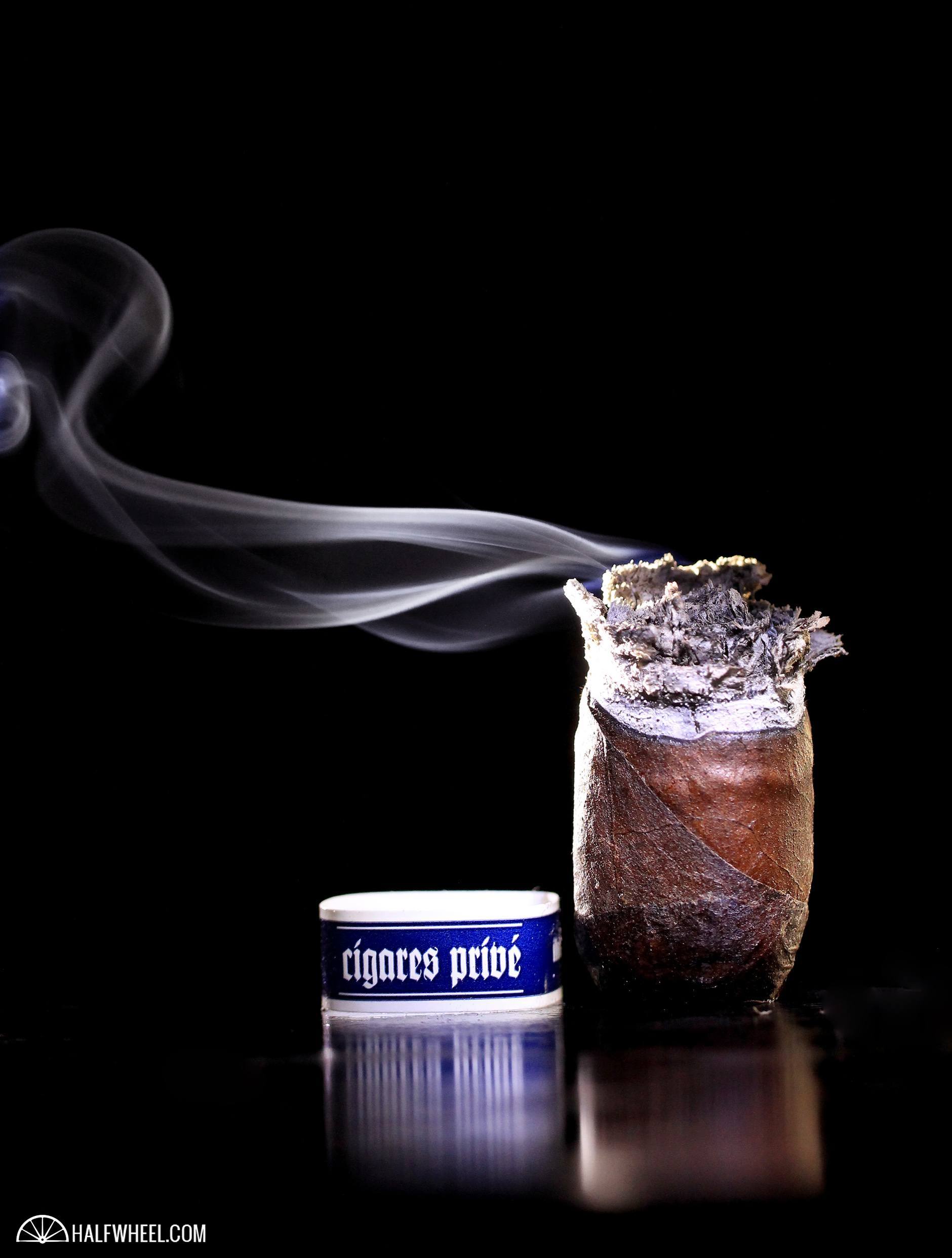 I can't say that I have ever felt shortchanged by an Illusione cigar, and the Pactum is no exception. While it didn't strike my palate in the "big, bold and full of attitude" way that it is described on Smoke Inn's website, I found it very enjoyable from start to finish, though the occasional sour note that tagged along with the chalk was a disappointment. Between the largely flavorful profile, restrained strength and outstanding technical performance, I'm in agreement that this is another solid addition to the Microblend Series.