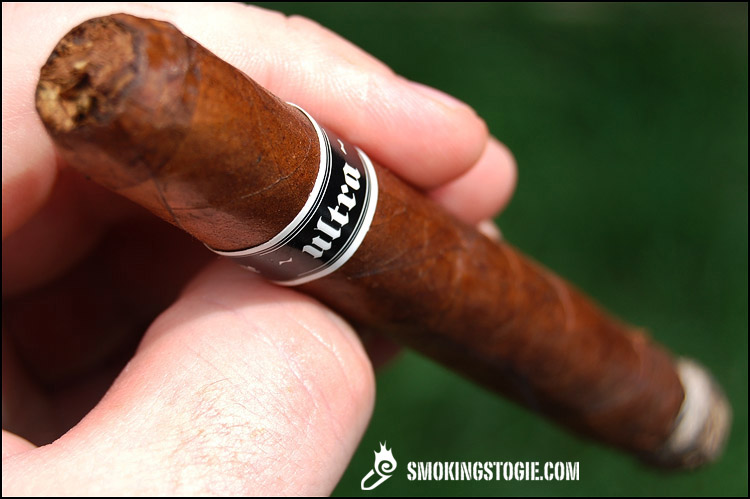 In 2006 when Dion Giolito was reworking some of the blends for his national brand Illusione there was a cigar called the MK, a 5 1/8 X 42 cigar dubbed, “the teaching machine”, and there was a much stronger test blend called MKULTRA that was made, but in the end Dion just didn’t like it as much for the lineup and chose not to use it. However, he did end up releasing a limited amount of the MKULTRA in early 2008 in plain white paper bundles, in fact the cigar itself was almost impossible to distinguish visually from a regular MK, it had the same band, same size and everything. The public reception of the MKULTRA was incredible.

Fast forward to 2011, the MKULTRA has been reborn, everything you have come to love from Illusione but even more full flavored and full of power! Dion has this to say about the name and “The Teaching Machine” moniker:

Project MKULTRA was a government experiment in creating “zombie soldiers” if you will, through experimentation with LSD and subconscious suggestion when under the influence. MKULTRA was also referred to as the “teaching machine.” The classic corona size is the teaching machine vitola. It is the perfect vehicle for delivery of flavor, if the blend is right.

The MKULTRA is simply the first release of this line; there will be a full production line of ~ULTRA~ available in October.

There will be four sizes available including the MKULTRA and they will be priced from $7-12. The MKULTRA has a dark chocolate, oily wrapper with quite a few veins and lumps; it’s packed incredibly tight with no give to it whatsoever. It smells of dark chocolate, leather and spice. The pre-light draw has a smooth cedar character with notes of sweet tobacco, chocolate, and leather.
Starting off in the First Third, I immediately get a blast of spice and a ton of flavor, there are lots of dark rich flavors of chocolate, espresso, leather and a long toasty finish with wood and molasses. The cigar is full-bodied right away and has a very spicy and floral aroma.

Coming into the Second Third the cigar powers on in the flavor department, a massive surge of earth and spice mixed with a dry wood and molasses, there is a hint of a dark fruit on the finish. I get a mix of leather and espresso coming in and out and I am loving the rich flavors and complexity. The construction is great, and the cigar produces a fairly dark ash. Finishing up in the Final Third the cigar continues on a very full bodied path, but it’s perfect in its power. The cigar end with a plethora of flavors, spicy earth, dark chocolate, espresso, rich tobacco, wood, long finish and a wonderful aroma. This cigar is a wonderful addition the Illusione line, it offers a much different smoke than his other cigars, it’s a full flavored, full strength powerhouse but it’s so subtle in both of those departments that I believe it will turn on a lot of mild to medium body smokers. It is also backed by a complex flavor profile and wonderful balance. I will definitely be keeping some of these on hand for when I want something powerful and flavorful, but smooth and mellow all at the same time.