It took a while to come to fruition, but the Illusione exclusive to R. Field Wine Company in Hawaii is finally here.

It’s the first release to carry the Cigars Privé branding, which translates into private cigars from French. Formally, the cigar is called the Illusione MC Slam, a 6 x 54 bench-pressed toro that is made at TABSA in Estelí, Nicaragua. The blend uses a Mexican San Andrés “capa fina” maduro wrapper over a combination of Nicaraguan tobaccos from Estelí and Jalapa. It features a new Illusione band, which is a dark blue, and the boxes read Cigars Privé on the front. Pricing is set at $8.50 per cigar and it is limited to 200 boxes of 25 cigars. 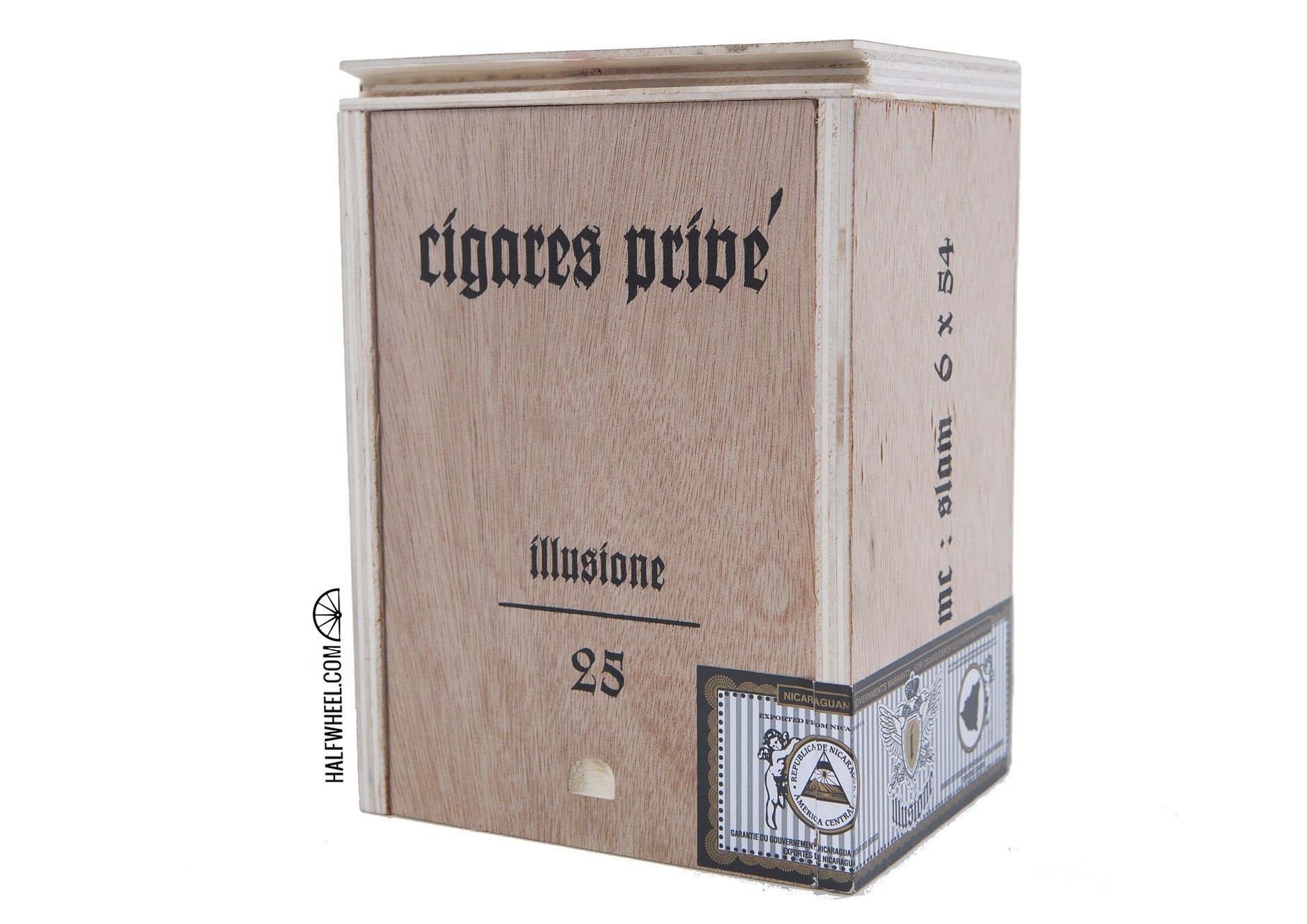 The MC part of the name is in reference to R. Field Wine Company manager Marvin Chang, who heads up the company’s cigar operations, while the slam in the name designates the cigar is box-pressed. If Chang’s name or the name of the store in Hawaii sounds familiar to you, it may be because it is where the now legendary Tatuaje T110 was released as one of Pete Johnson’s single store exclusives in 2009 and has been the home to a variety of other exclusives. The MC Slam is a somewhat imposing cigar with a dark coffee brown wrapper that is exceedingly rough to the touch, with quite a bit of tooth to it. There is a soft yet noticeable box-press to the cigar and it is somewhat stiff when it is squeezed. Aroma from the wrapper is a combination of strong earth and leather with a touch of unidentifiable sweetness, while the cold draw brings flavors of sweet fruit, oak, licorice and black pepper.

The first third of the Illusione MC Slam starts off with strong flavors of gritty earth, dark cocoa, leather, oak and creamy nuts, along with an aggressive black pepper on the retrohale. There is no spice on the tongue or lips to be had, but I am noticing a slight tart berry sweetness that seems to be gaining prominence as the first third burns down. The smoke production is massive from the first puff, and while the burn is just a bit wavy, the draw is excellent so far. Strength-wise, the MC Slam hits a point close to medium by the end of first third, but is on the upswing. Coming into the second third of the MC Slam, the flavors shift a bit with a strong and rich espresso flavor taking over dominance, along with flavors of creamy oak, anise, earth and dark chocolate. The berry sweetness from the first third has morphed into more of a caramel note by the halfway point, but the black pepper on the retrohale is noticeably reduced and the huge smoke production remains constant. Construction-wise, the burn has evened up nicely, and the draw remains excellent, while the strength  does not seem go be going much past a medium by the end of the second third. The rich espresso note remains the dominant flavor through the final third of the Illusione, but a creamy oak flavor is fast on its heels, along with other notes of dark cocoa, leather, earth and hay. While the caramel sweetness remains unchanged, it does gain in strength right before the end of the cigar, combining nicely with the slight black pepper that is still present on the retrohale. Both the burn and draw are wonderful until the end of the cigar, and the strength stalls out at a solid medium by the time I put down the num with a little less than an inch left in the cigar. I have always loved how most, but not all, of Dion Giolito's blends exhibit complex flavor combinations and constantly changing flavors throughout the smoke. The blend is close to full-bodied, but wonderfully balanced so that the rich flavors the profile has are never overpowered and the morphing sweetness combine nicely with the black pepper on the retrohale. Construction is top notch, and the massive smoke production is a plus, while the box-press feels great in your mouth while smoking.