If there was ever an interesting year to celebrate a milestone anniversary of a cigar company, it had to be 2016, the first year that the premium cigar industry faced regulation by the U.S. Food & Drug Administration (FDA).

Among the companies celebrating anniversaries this year is Illusione, and his response to the challenges presented by FDA regulation was one that included tuning a number of previously limited editions into regular production releases, while also releasing a flurry of new cigars.

“It seems like a race to the end, but in fact, it’s not; it’s a race to the beginning for us,” said Dion Giolito, Illusione’s founder, at this year’s IPCPR Convention & Trade Show. He added that the company was planning out two to three years while filling in gaps in the company’s existing portfolio, while capitalizing on the success of existing releases.

“We want to be around and it is our intention to be around post 2017, and we want these brands to survive and be a partner with retailers from 2016 and beyond.” 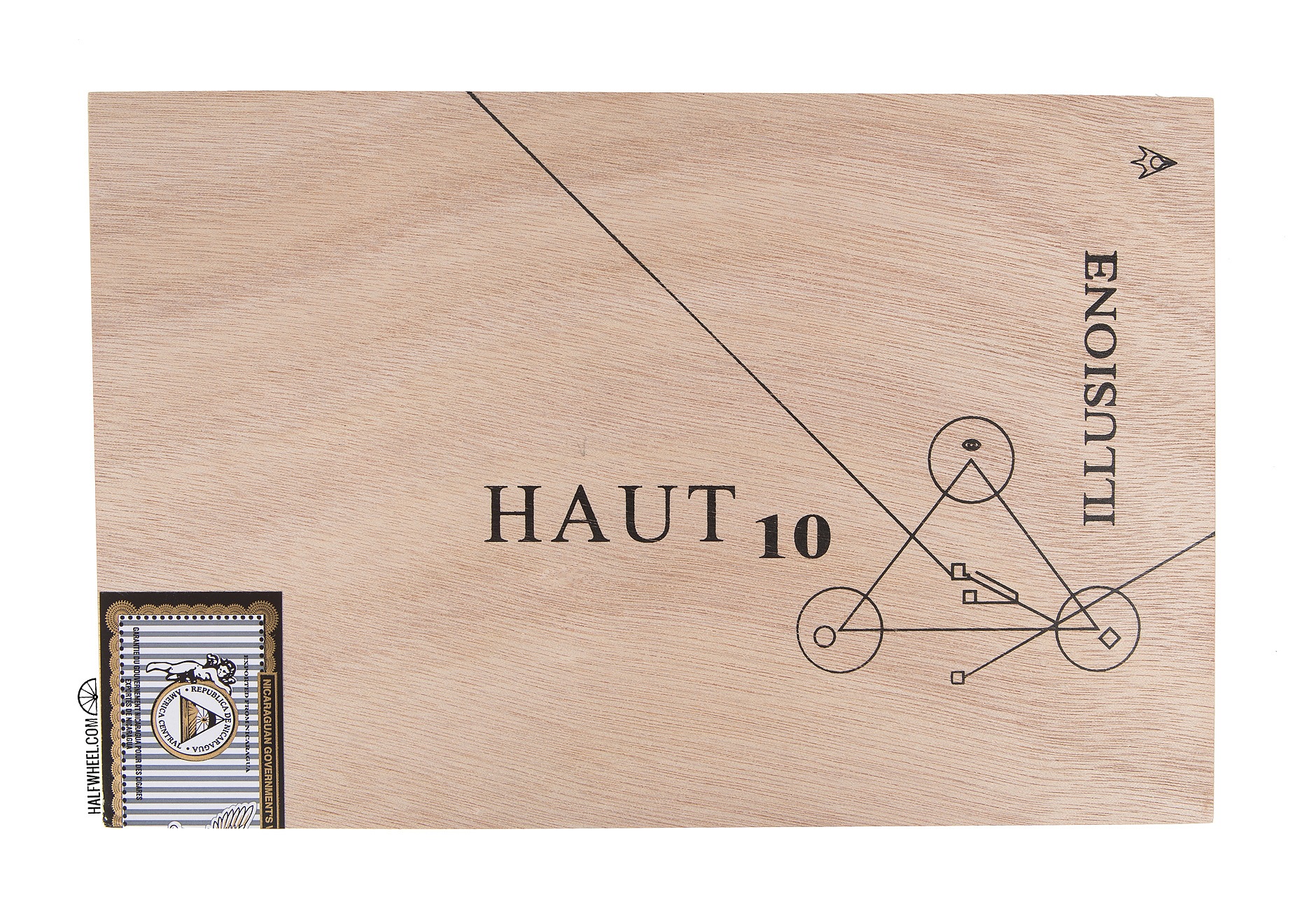 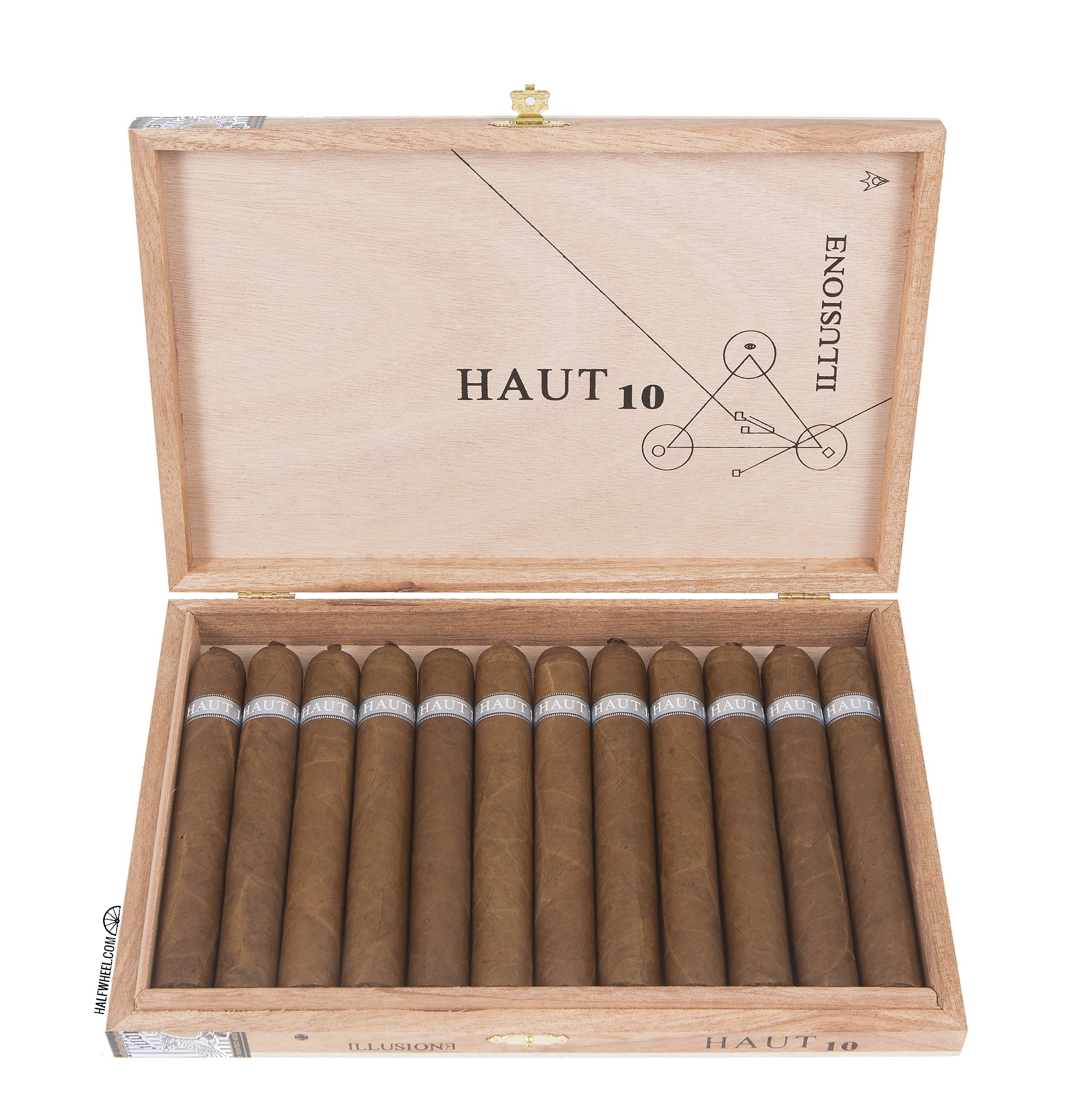 For the 10th anniversary of Illusione, Giolito created Haut 10, a 5 1/2 x 52 robusto extra that uses a Nicaraguan cafe claro AAA grade wrapper that sits on a blend of Nicaraguan criollo 98 and corojo 99 tobaccos that is “seco dominant.” He noted that the blend came as the result of three sortings to get the best materials from AGANORSA. 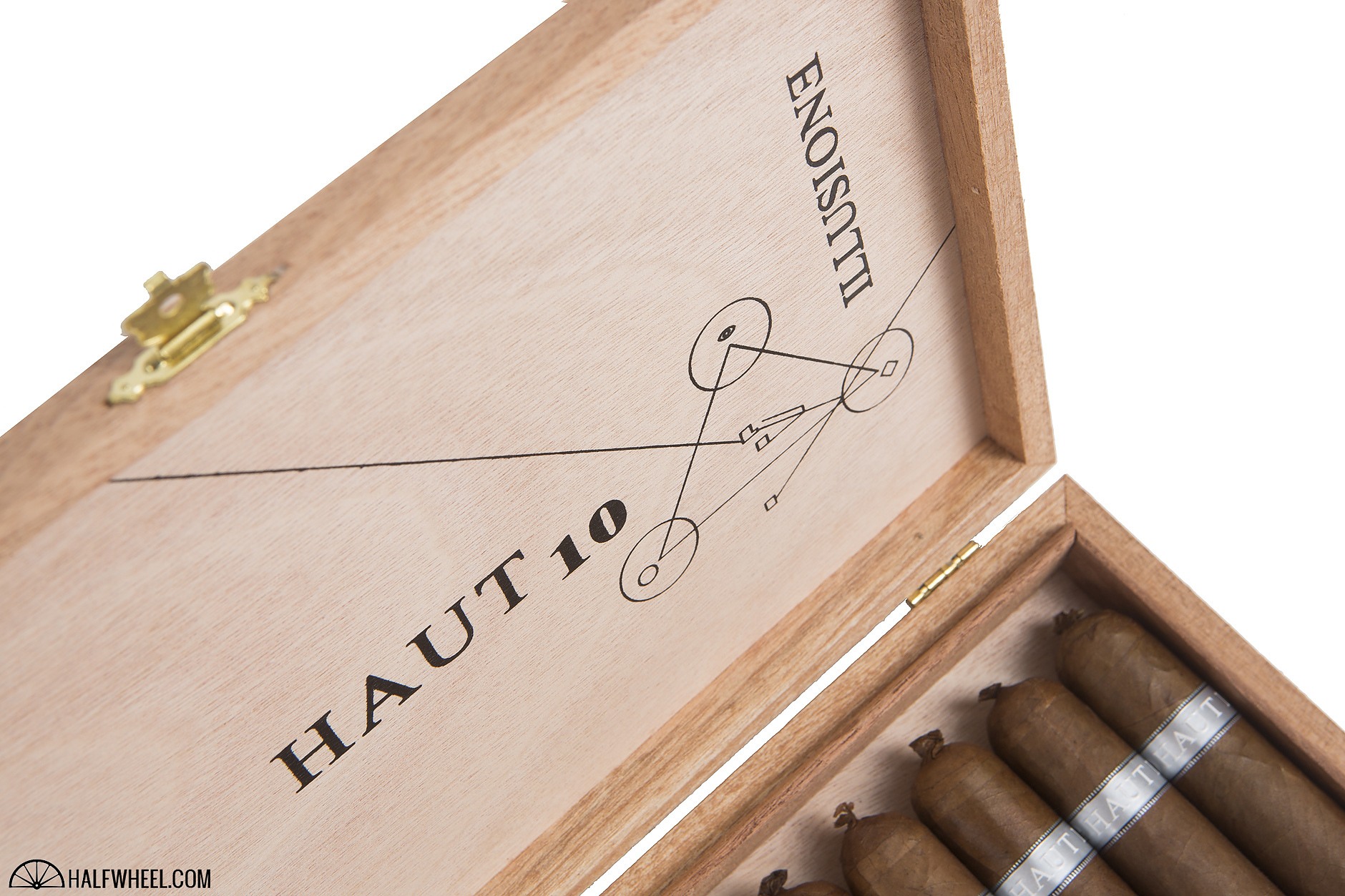 The cigar debuted at the 2016 IPCPR Convention & Trade Show with a limited amount making its way to retailers ahead of the Aug. 8 deadline to have cigars on shelves without needing FDA approval and due to limited supplies of all of the new products. As with many if not all of Illusione’s releases, the box features some simple but distinctive imagery; in this case it’s the Great Pyramid that serves as inspiration. 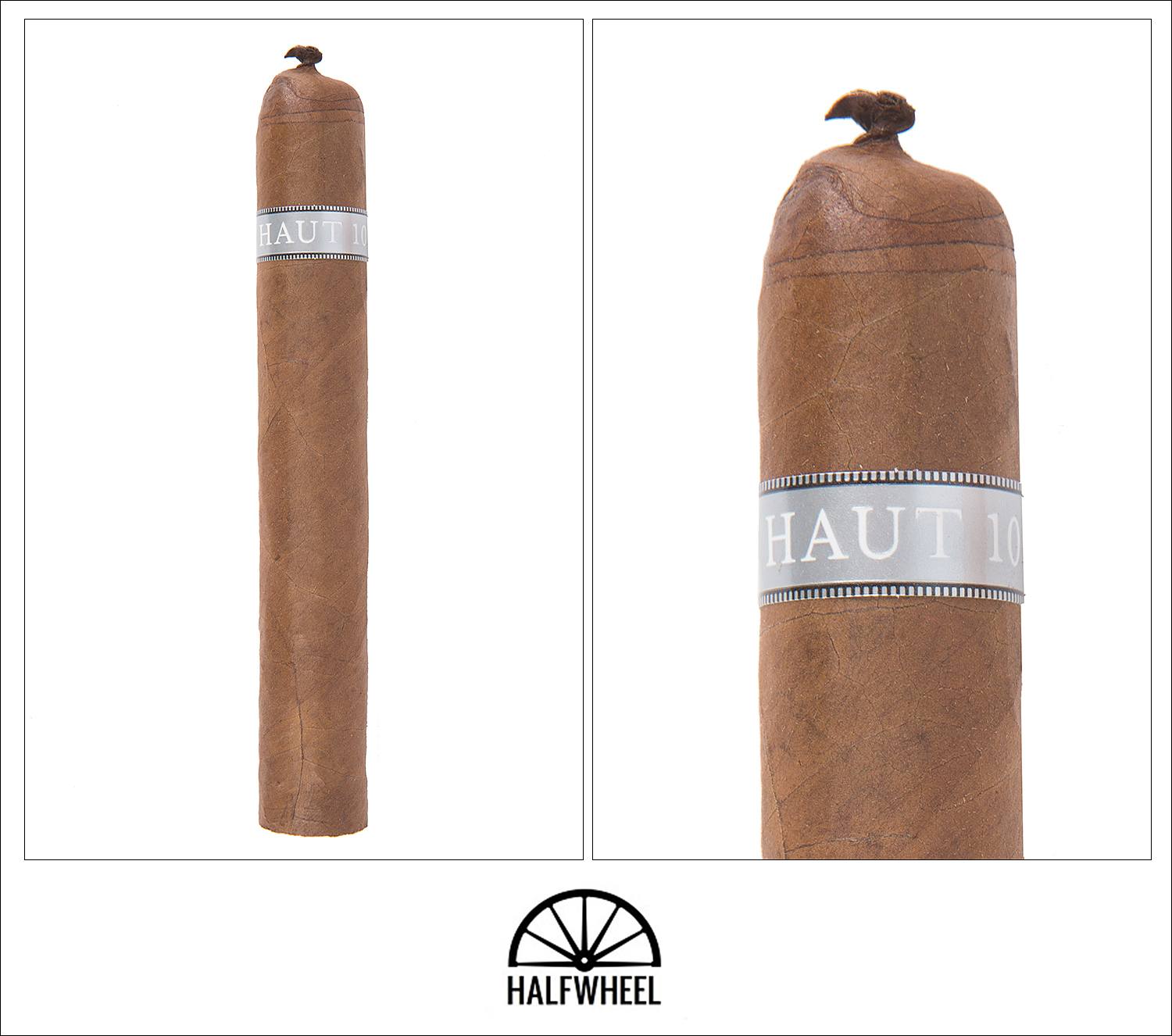 There is something about the Haut 10’s vitola that makes it feel bigger and stouter than it actually is; the extra in robusto extra seems applicable if not immediately discernible. The band is placed a bit higher up than what might be considered typical, further drawing attention to the slightly fantailed cap of the Haut 10. In terms of size, it is in line with what Illusione has used on its other releases, but the silver background and lack of the traditional Illusione word mark does differentiate it. I can’t say that the wrapper is particularly eye-catching in one way or another; it’s a shade of brown that doesn’t strike my eye as anything other than familiar, and there are no veins or visible tooth of note. Additionally, the cigar has a solid core and as such doesn’t offer much give when given a gentle squeeze. From the foot there are bright and light aromas of white bread and crust, with the sugar offering a suggestion at Champagne that gets complemented by thin fruit, though it can veer towards whole wheat bread at times. The cold draw is near perfect in terms of air flow—a touch tight if anything–while the flavors are thin and a touch heavier than the aromas. The sweetness is more along the lines of dairy, with a hint of sweet cedar and pepper in the background.

With little to no pre-light indication that the Haut 10 has any pepper, the first puffs will correct that assumption with a light, almost nutty pepper that is best enjoyed through the nose, either via a retrohale or from the ambient aroma of the copious amounts of smoke. The flavor on the palate isn’t particularly heavy or commanding, though a slight bit of variance from sample to sample can alter that thought. Mixed nuts tend to dominate, while very light earthiness comes through at times. In the first inch, the cigar continues to build up its complex nutty aroma and flavor that is just the slightest bit damp, creating an interesting midpoint between unsalted mix nuts and boiled peanuts. It only lasts for a fleeting few puffs, however, before a bright white pepper comes in and redirects the cigar. As a near-constant retrohaler, I find that there is a quick shift to more of a black pepper profile, and as a result the punchiness steps up rather quickly. While the cigar burned beautifully in the first inch of the first sample, the burn line runs into a wall on one side and shovels a bit before correcting itself a short bit after. The first clump of ash drops off at a little over an inch in length, and the cigar carries on before quickly pivoting back to a lighter pepper profile that takes advantage of the invitation to linger in the nose and on the palate. 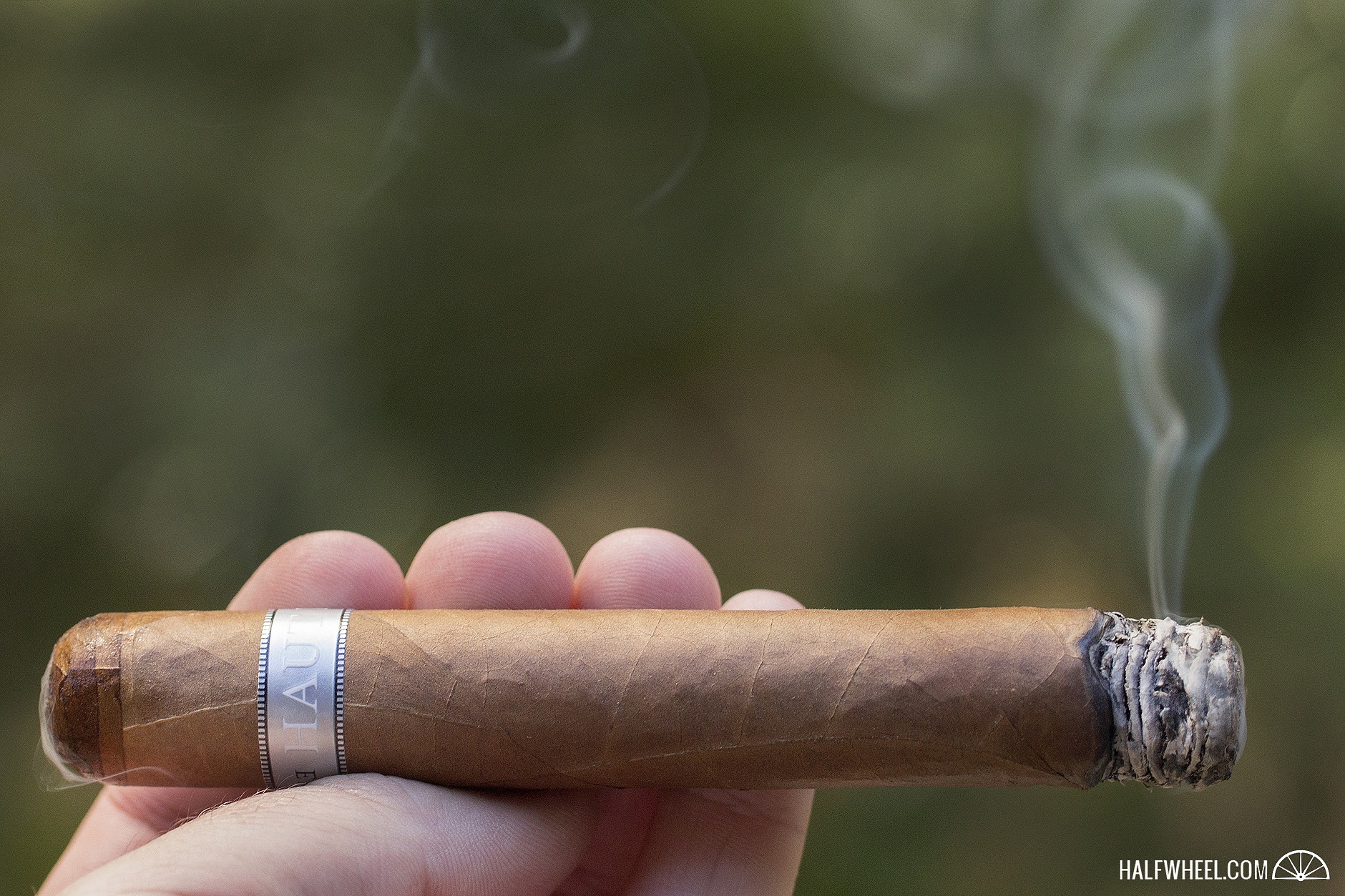 As I find myself returning to retrohale the smoke of the Haut 10, I almost feel as if I’m neglecting the palate a bit but also a bit more honed into the subtle steps the cigar takes. But even focused attention to my taste buds reveals a somewhat neutral offering that is marked by peanuts and wheat, leaving the pepper almost exclusively for the nose to enjoy. Just past the midway point, the smoke shifts its pepper profile a bit towards an even cleaner and more vibrant note after straying into gruffer territory. It’s not until the transition to the final third does the tongue get any, and if anything it needs to be prefaced with a retrohale to get the full experience of it, with the two senses working in tandem to deliver a now medium-full profile that is engaging, complex, balanced and strong enough to be formidable. The Haut 10 closes its second third by trying to stay on the level that the first third established, though with more power than subtle complexity. 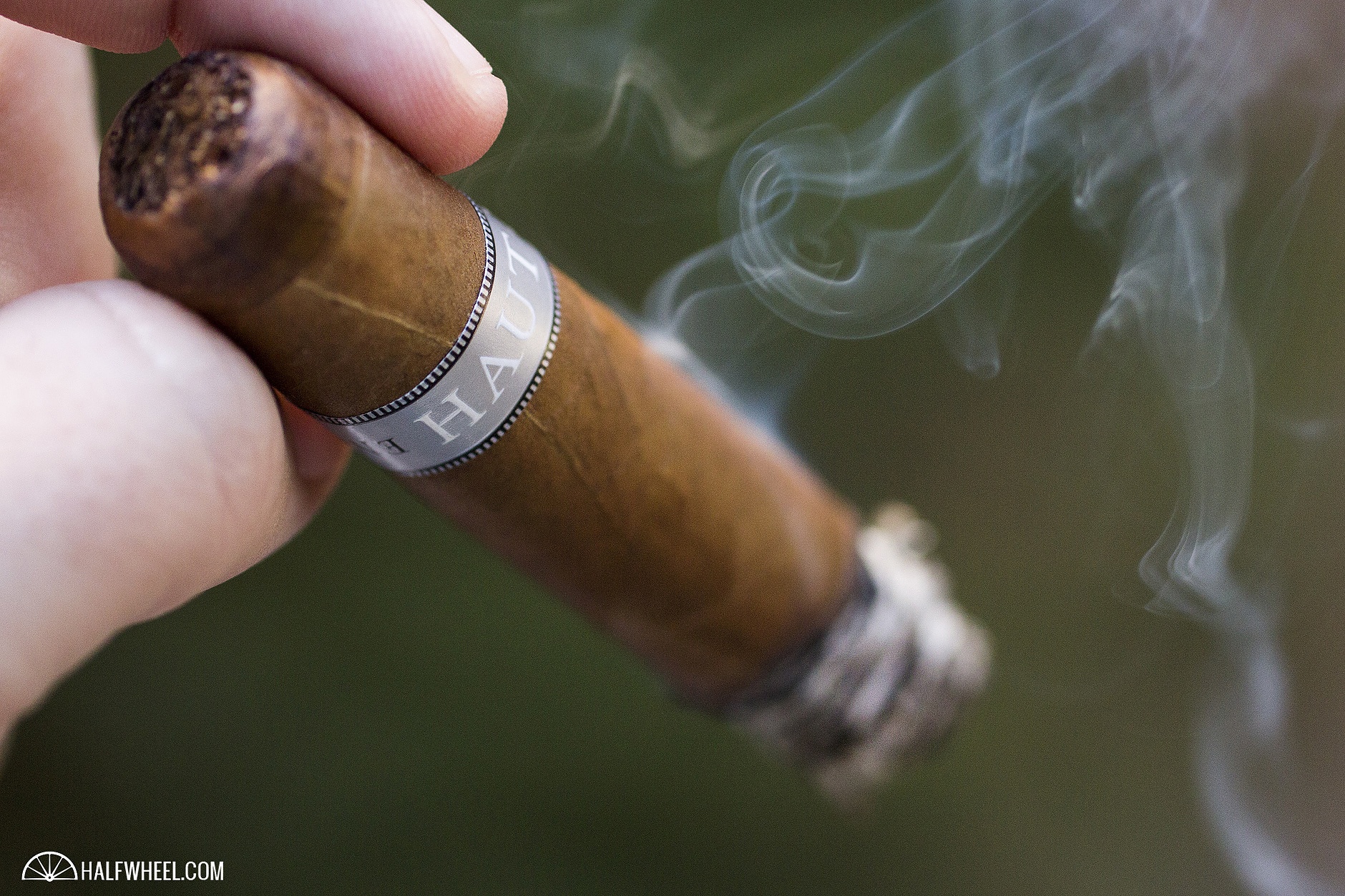 The final third starts off with a rather neutral flavor on the palate, marked by mixed nuts, toast, and almost shockingly little pepper given how much is found with a retrohale. The resting aroma of the cigar picks up a subtle strawberry jam aroma, which pairs perfectly with the toast note it established earlier, and further solidifies that this cigar must be enjoyed with the nose in order to fully appreciate it. There is also a surprising and sneaky amount of strength coming from the Haut 10, and while inklings of it are felt in the second third, it’s only fully noticed in the final third, producing a gentle but substantial relaxation that has me sinking a bit further into my chair than I would normally. The cigar gets a bit more biting in the final two inches, a turn that seems driven a bit by the increased proximity of the heat, but provided it hasn’t treaded too far into full bodied territory for your preferences can be smoked down to a tiny nub, wringing every last flavor out of the blend. 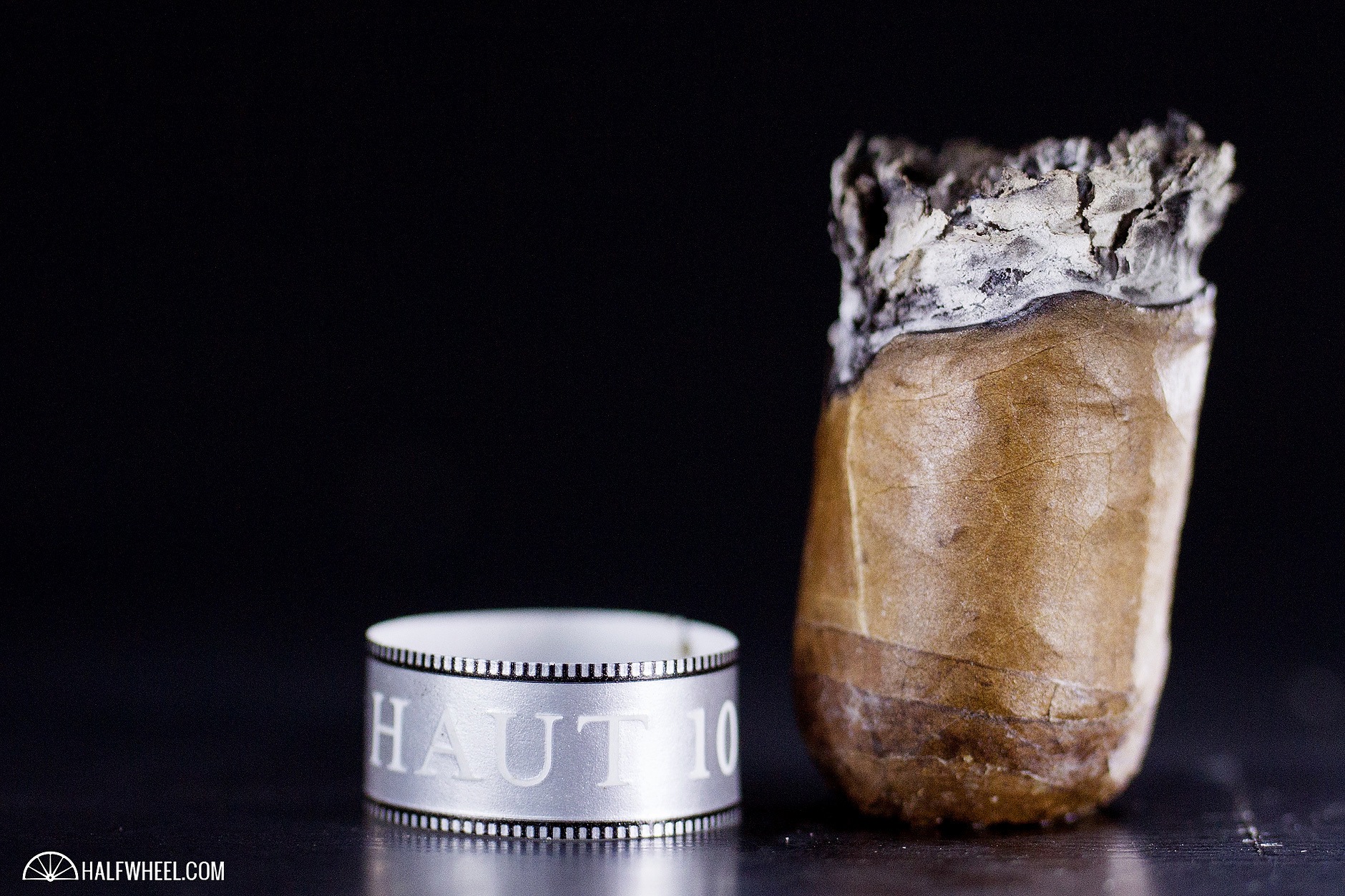 Anniversary cigars should be special cigars, and that's exactly what the Illusione Haut 10 is. The overall experience offers levels of refinement, brightness and complexity that simply aren't found in the majority of cigars on the market, and when factoring in the retrohales and the combination between aroma and flavor, the cigar elevates that much higher. It's a cigar that can and should be smoked now, and will immediately make itself deserving of your full attention.