It is not usual for cigar brands to introduce brand new lines at the IPCPR Convention & Trade Show. However, it is a bit unusual when Illusione Cigars does it, and this year—which just happened to be the company’s 10th anniversary—was one of those times.

The new line is named Garagiste, which is the name given to a group of winemakers in the Bordeaux region of France who emerged in the mid-1990s that produce “garage wines” in reaction to the traditional style that had been prevalent in the past. The blend of the cigar incorporates an Ecuadorian habano wrapper as well as corojo viso and criollo viso tobaccos, both of which originate from a specific farm in the AGANORSA fields of Nicaragua. Packaged in boxes of 20, the new regular production cigars are rolled at Tabacos Valle de Jalapa S.A. in Nicaragua and started shipping in July.

The Garagiste debuted in four vitolas. 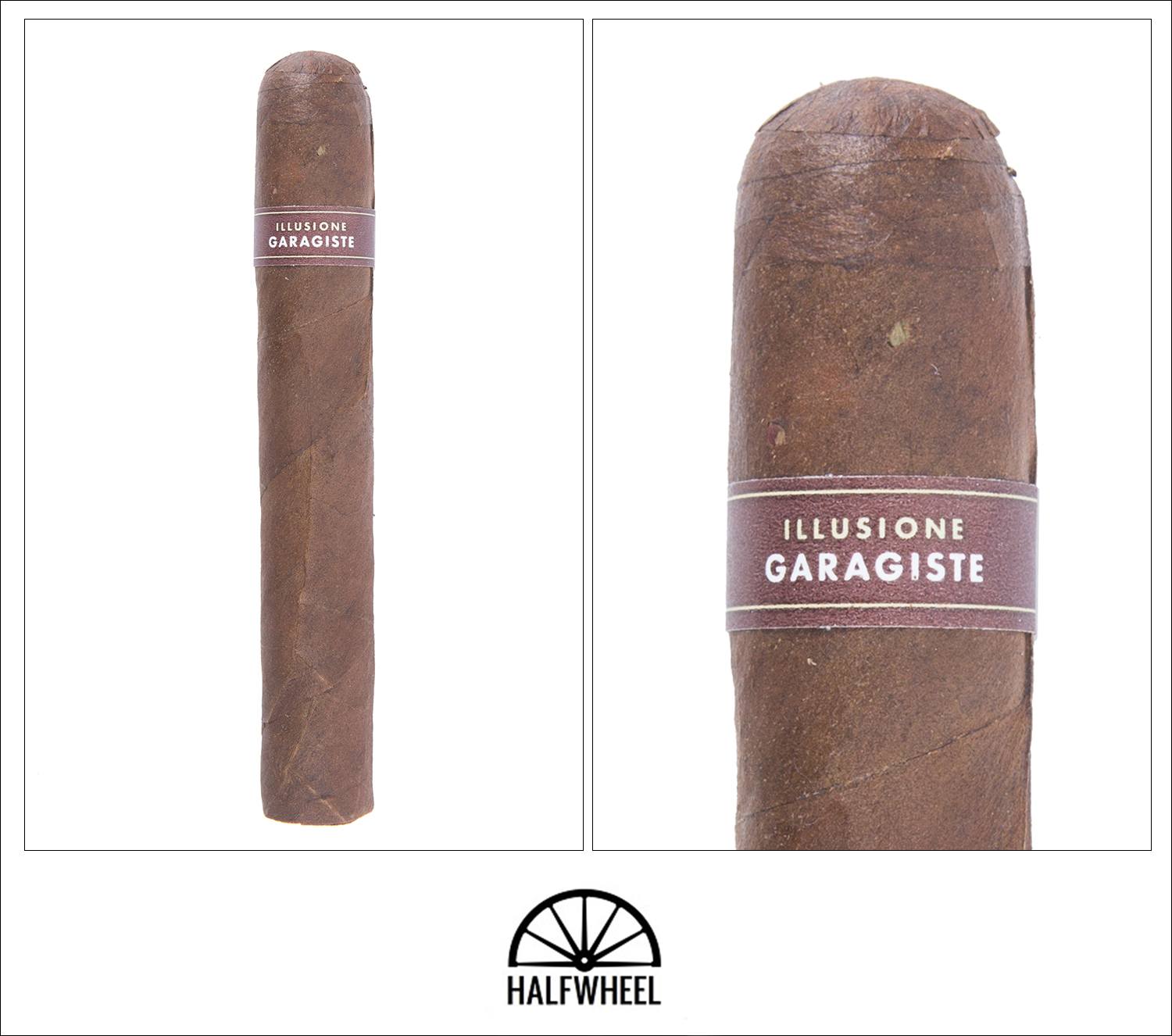 The Illusione Garagiste is covered in a dark, mocha brown wrapper that is both smooth to the touch and slick with oil. The sample is quite dense when held in my my hand, and there is one major vein that runs the length of the cigar. Aroma from the wrapper is a combination of oak, earth, leather, black pepper and raisin sweetness while the cold draw brings flavors of cedar, leather, raisin sweetness, tobacco and slight spice.

The Illusione Garagiste starts off the first third immediately with a dominant dark chocolate and earth combination, followed by flavors of bitter tea leaves, nuts, oak, leather and earth. The profile is fairly earthy overall, with plenty of black pepper on the retrohale, a touch of spice on my tongue and just a tiny amount of sweetness at this point in the smoke, albeit not enough to identify it as a specific flavor. Construction-wise, the burn is fairly erratic and has to be touched up early on but the draw is excellent so far after a straight cut, and the smoke production is dense off of the foot. The overall strength is the main story, easily hitting the medium mark by the end of the first third, and is still going strong. 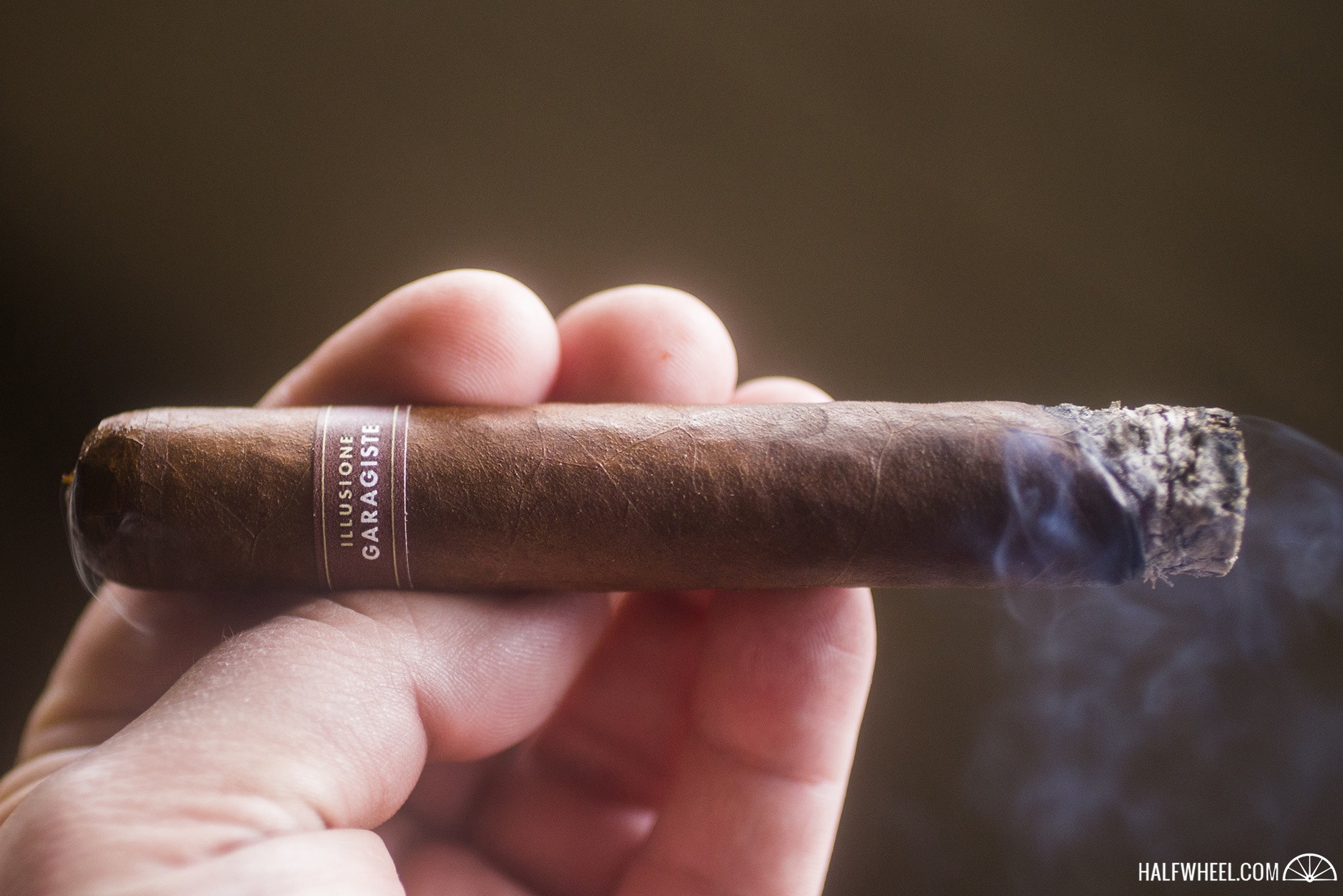 The sweetness increases a bit in the second third of the Illusione Garagiste, reminding me of vanilla bean, but the dark chocolate flavor is still the dominant note, followed by a nice creamy nuttiness, earth, leather, wood and cinnamon. The black pepper on the retrohale has increased a bit, but the spice from the first third is long gone by the halfway point. Thankfully, the burn has evened out nicely at this point and the draw remains excellent. The strength has continued to increase noticeably, and ends the second third well above the medium mark, and shows no signs of slowing down. 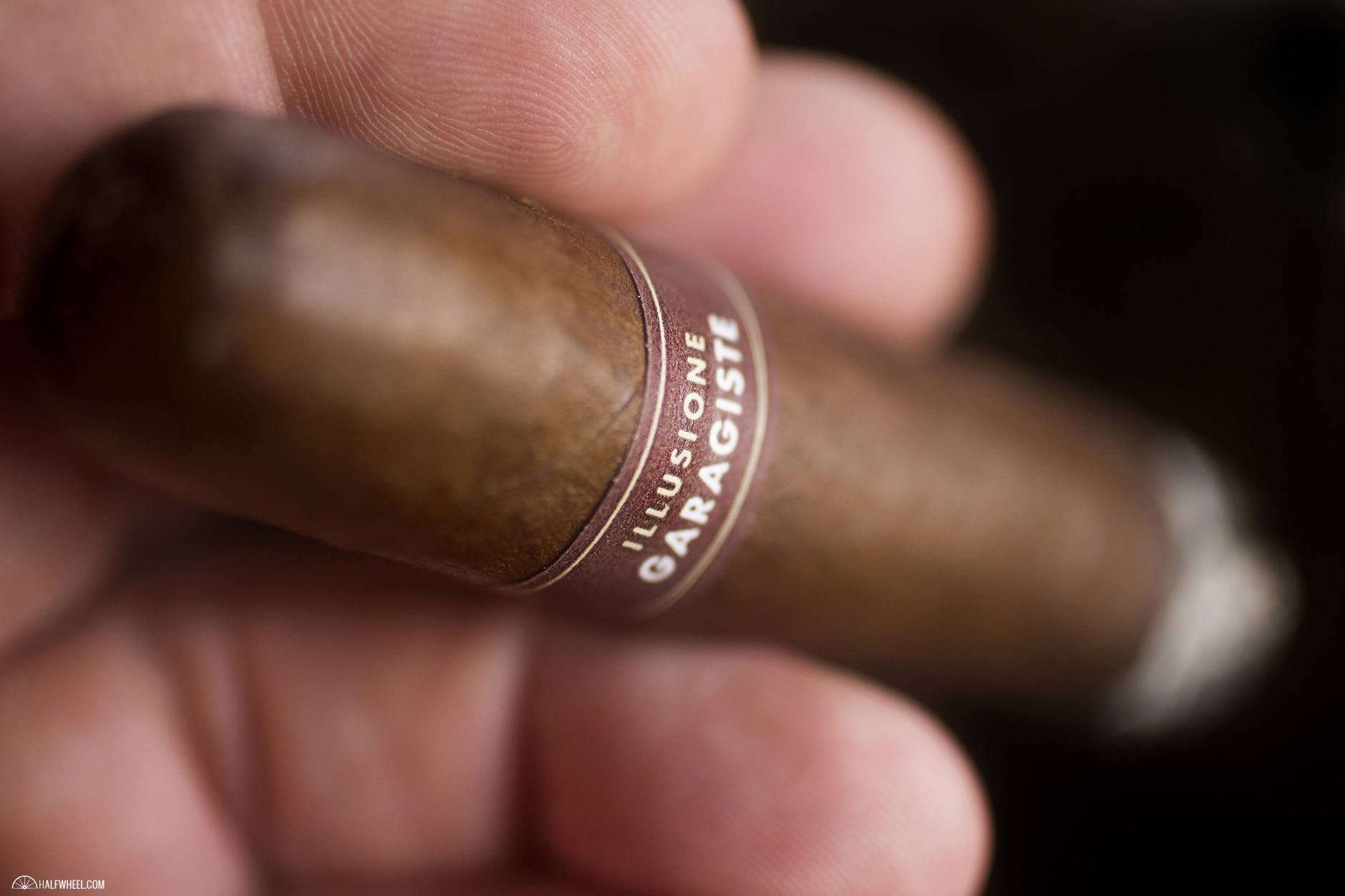 The final third of the Illusione Garagiste pretty much stays the course profile-wise. Dark chocolate and leather dominate, but I am tasting some cinnamon every once in a while, as well as just a tiny bit of bitter espresso. There is also a nice nutty note that comes and goes, and the vanilla bean sweetness from the first two thirds is also a bit stronger, although it is far from strong enough to really effect the profile in any major way. The overall construction continues to be fine, with both the burn and the draw giving me no issues, while the strength ends up coming very close to the full mark by the time I put the nub down with about an inch to go. 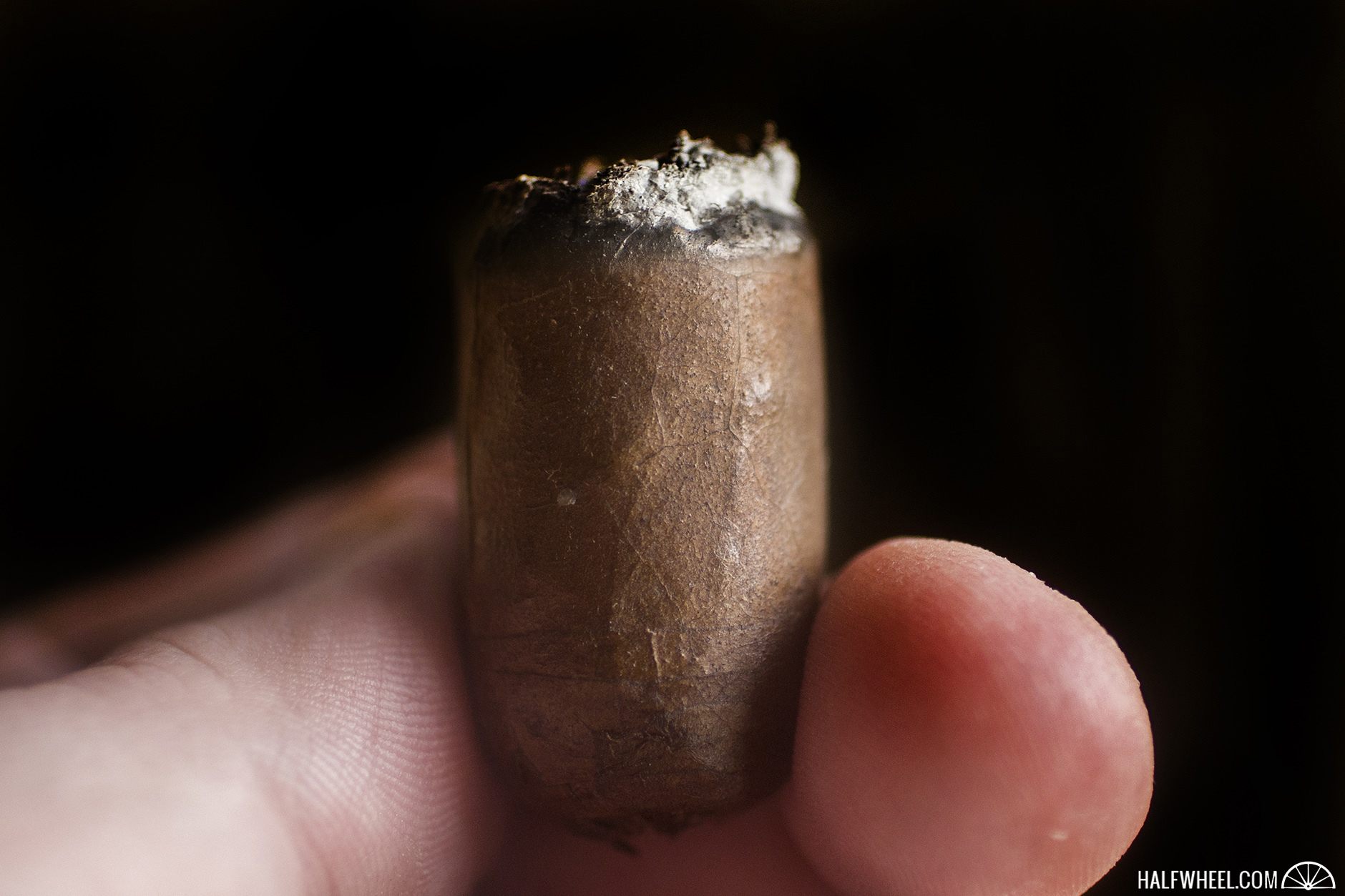 Everything about the Illusione Garagiste screams “Not your normal Illusione,” from the somewhat monochromatic color scheme on the band to the obvious strength in the profile. While the blend is not overly complex at any point, the cigar is nicely balanced and obviously well-blended. However, the big story is the strength, which—while well integrated—is very obvious from the first puff. Although it is far from my favorite Illusione release—and not even my favorite Illusione cigar this year—the Garagiste is a very good cigar, and will be a welcome addition to those seeking a stronger choice in Giolito's lineup.