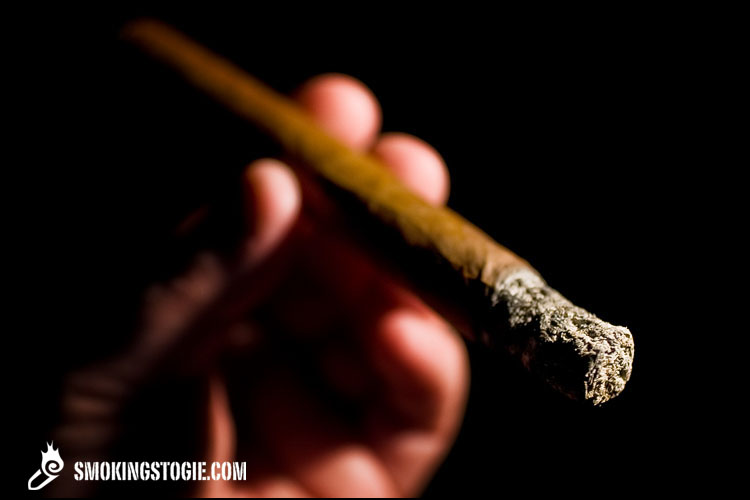 When I heard that Dion Giolito was releasing a cigar for under $4 per stick, I had to order a few to try out.

The Cuchillos Cubanos is Illusione’s budget smoke, much like the Tatuaje Series P or the Padron 2000. Each cigar is a 60/40 blend of long and medium filler, albeit is still hand rolled, and is available in four different vitolas:

First, the packaging on this cigar must be discussed. The sticks come in a very nicely built and package box (5 to a box for the 45 and 46, 4 to a box for the 47),and to be honest, I was blown away by the look, a stark black letters on a white box that is very attractive. Inside, each cigar is wrapped in cello, and is sans band. 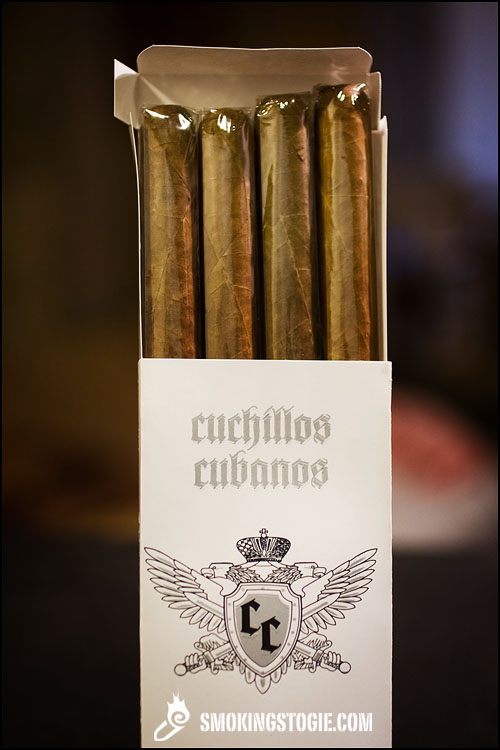 When I smelled the cigar after taking it out of the cellophane, a stench of what I can only describe as barnyard hit my nose. Not a bad smell at all, but very distinctive. I spent some summers on a farm with horses and smelling this stick brought back a lot of memories. The cigar itself is fairly large, and the wrapper has quite a few veins present, almost to the point of distraction.

Immediately after lighting the cigar, I was assaulted by a blast of what tasted like black pepper, but unlike with some other sticks, like Tatuajes for example, there was no spice included. It was to be a theme throughout the entire smoke.

The final third was all about the aforementioned pepper. It did get overwhelming at times, and almost drowned out any other flavors that were there. I did taste some cedar, but it is tough going. The burn was fairly uneven, but the draw was excellent.

During the second third, the pepper calmed down quite a bit, and some notes of cedar dominated. I also tasted some brown sugar, but not that much of it, and it was there and gone almost before I could identify it. The pepper returned during the final third and alternated between that and the cedar notes. It started to get hot at the end, and I had to put it out with a little left. It is a good smoke, especially for the price, but one that I will not be going out of my way to purchase in the future—unless it goes on sale. It would be perfect for the golf course.