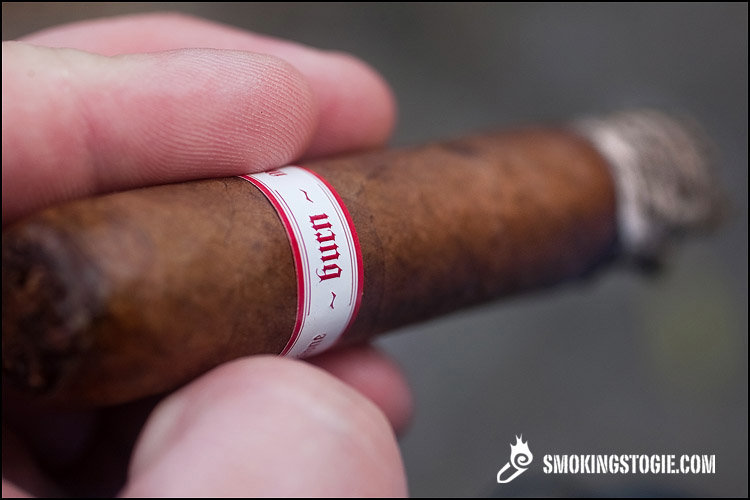 Earlier this year, Rocky Patel opened up Burn by Rocky Patel in Naples, Fla. It’s a 3,000 square foot lounge, which can hold over 200 people. As one of the many features, Rocky Patel has asked other cigar makers in the business to produce specific blends that will only be sold at the lounge. There are nine planned releases, including those from Arturo Fuente, Ashton, CAO, Casa Fernández, Drew Estate Illusione, La Flor Dominicana, My Father and Padrón. All of the cigars from these manufacturers will be Burn Exclusives, and only sold at Burn by Rocky Patel, much like Casa Fuente cigars.

The Illusione Burn is the first blend to be released, and comes in four different vitolas with only 50 boxes of each vitola released. 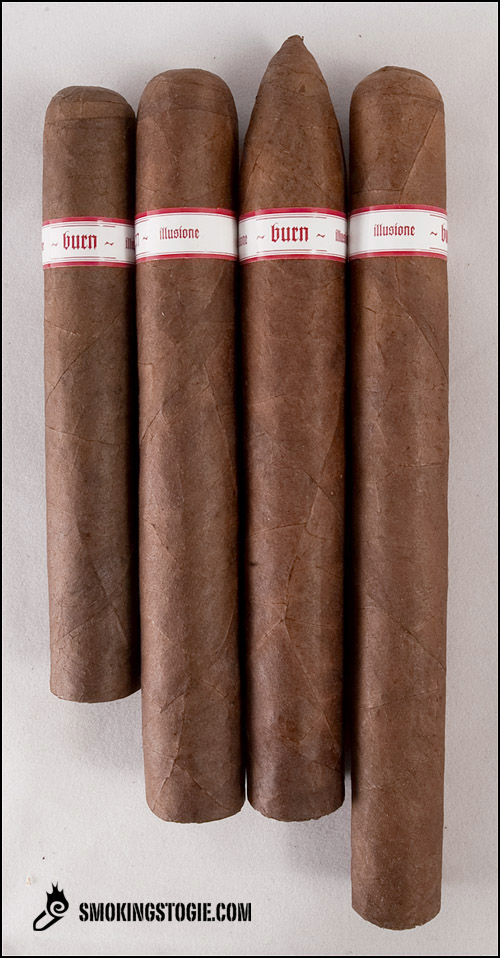 When I first heard about these cigars, I asked Giolito about the blend, and he replied, “The blend is a prototype, made with a good amount of Aganorsa Criollo ‘98x'”

When I asked him which vitola he liked best, he said the Churchill, so that is the vitola I am using for this review. 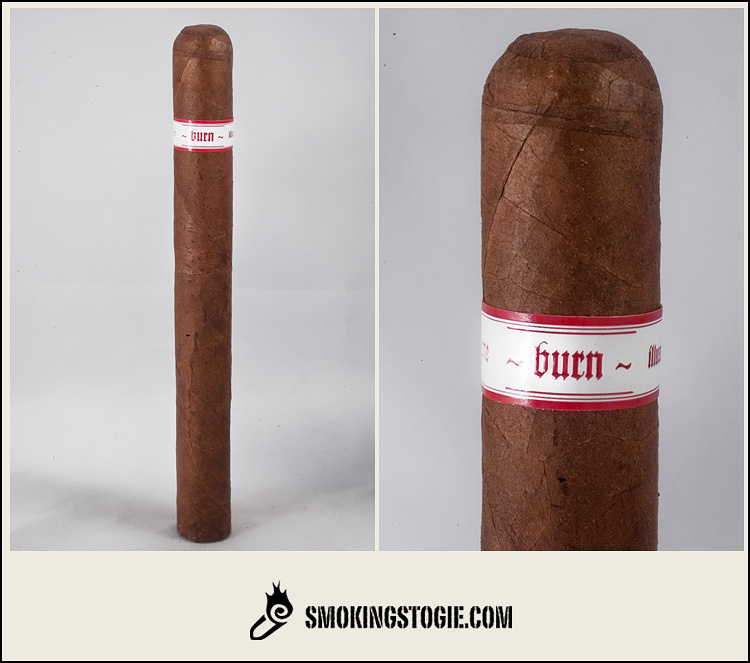 The cigar itself is a wonderful specimen with astounding construction. It is gorgeous to look at with a red-brown wrapper that is totally smooth and seamless. It is quite hard when squeezed, just short of rock hard. The first thing I thought when I smelled the wrapper was that this smells just like a Viaje Double Edged Sword. A combination of leather, citrus, spice and chocolate. The cold draw has sweet cedar, coffee and chocolate notes, with a bit of spice.

The first third starts with the ideal amount of spice on your tongue, along with flavors of aged oak, leather and nuts. The spice dies down to the background fairly quickly and the profile turns more creamy right before the end of the third.

The second third continues the creamy trend along with cedar and leather. There is also a nice sweet graham cracker flavor that creeps in. The spice is almost gone, although there is still just a bit left on the retrohale.

The final third is still quite creamy and sweet, but less of each, however, the flavors remain pretty much the same. 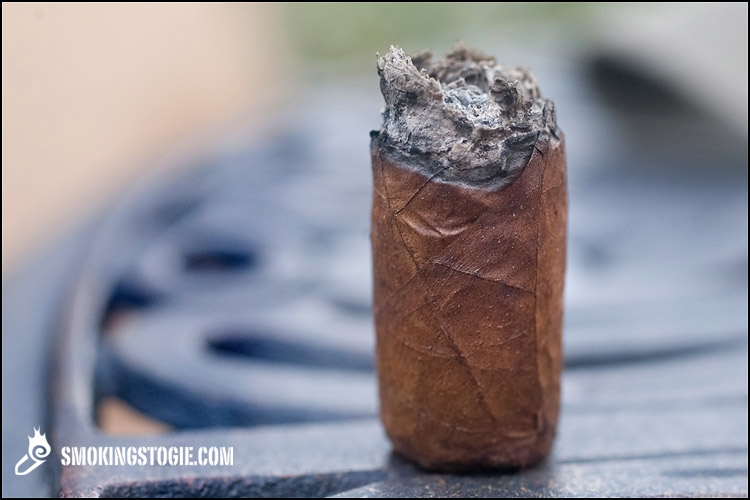 While the Burn blend is quite flavorful, I was honestly hoping for bit more spice and complexity in the profile. It is a good cigar and a great-looking cigar, but the question, is it substantially better than the cigars Illusione has out already on the market will be met with an answer of “no.” Having said that, I think it is pretty cool that the Burn has its own Illusione. Pick some up if you can, and you won't be disappointed.