In December 2007, Sasja van Horssen debuted the first of what would be come an annual release of cigars to honor his brother, who passed away the previous year at the age of 36. The van Horssen family owns The Longfiller Co., which happens to be one of the largest importers of cigars in the Netherlands, and thus has access to quite a number of large names in the non-Cuban cigar business. As a result, the commemorative cigars—aptly named the Ilja—have been made up a who’s who of manufacturers, including Arturo Fuente, My Father Cigars and Padrón, to name a few.

Last year’s version of the annual release was produced by Joya de Nicaragua in its Cuatro Cinco blend in a size unique to the line. However, while the 7 x 52 size is new, the blend remains the same as the other Cuatro Cinco cigars, namely a Nicaraguan habano wrapper from the Jalapa region, a Dominican binder and Nicaraguan filler tobaccos that includes five-year-old Nicaraguan ligero aged in oak barrels that previously held rum. As with the rest of the cigars in the Ilja series, there were only 418 cigars produced, packaged in boxes of 13. Historically, of those 36 boxes, one is given to Ilja’s children, one is given to his parents and one is reserved for Sasja. In addition, as has been the case since the series started, any proceeds from the sale of the remaining 33 boxes is donated to charity.

There have now been nine releases in the Ilja Series, each of which have been packaged in boxes of 13: The Ilja IX is visually impressive, with a splotchy mocha brown wrapper that is rough to the touch and featuring an almost complete lack of oil. There is an obvious box-press to each of the samples and the cigar is fairly spongy when squeezed. Aroma from the wrapper is a combination of peanut shells, dark chocolate, earth, leather, sawdust and pepper while the cold draw brings flavors of peanuts, leather, cinnamon, creamy cedar, sweet corn and espresso beans.

From the first puff, the Ilja IX starts off the first third with some very strong notes of both creamy peanuts and bitter espresso beans, interspersed with flavors of oak, hay, powdery cocoa, gritty earth and generic nuts. There is a huge bite of black pepper on the retrohale for the first 10 puffs or so, although it begins to recede after that. I am picking up some chewy raisin sweetness on the retrohale as well that seems to be getting stronger as the first third progresses, along with some spice on my tongue. Smoke production is thick and dense off of the foot, and both the burn and draw are excellent so far, with neither giving me any issues at all. Strength-wise, the Ilja IX starts off quite mild, although it does seem to be increasing as the first third comes to an end. While the creamy peanuts and coffee beans remain dominant, the second third of the Ilja IX adds an interesting floral note on the finish that gradually dies down, giving way to other flavors of earth, oak, grass, dark chocolate, peanuts and a touch of cinnamon. Both the black pepper and the raisin sweetness are down significantly compared to the first third, although both notes are still strong enough to distinguish individually. Both the burn and the draw continue to impress, and the smoke production does not seem to be slowing down at all. Strewth-wise, the Ilja IX hits a point close to the medium mark by the end of the second third, but does not seem to be going any further very quickly. 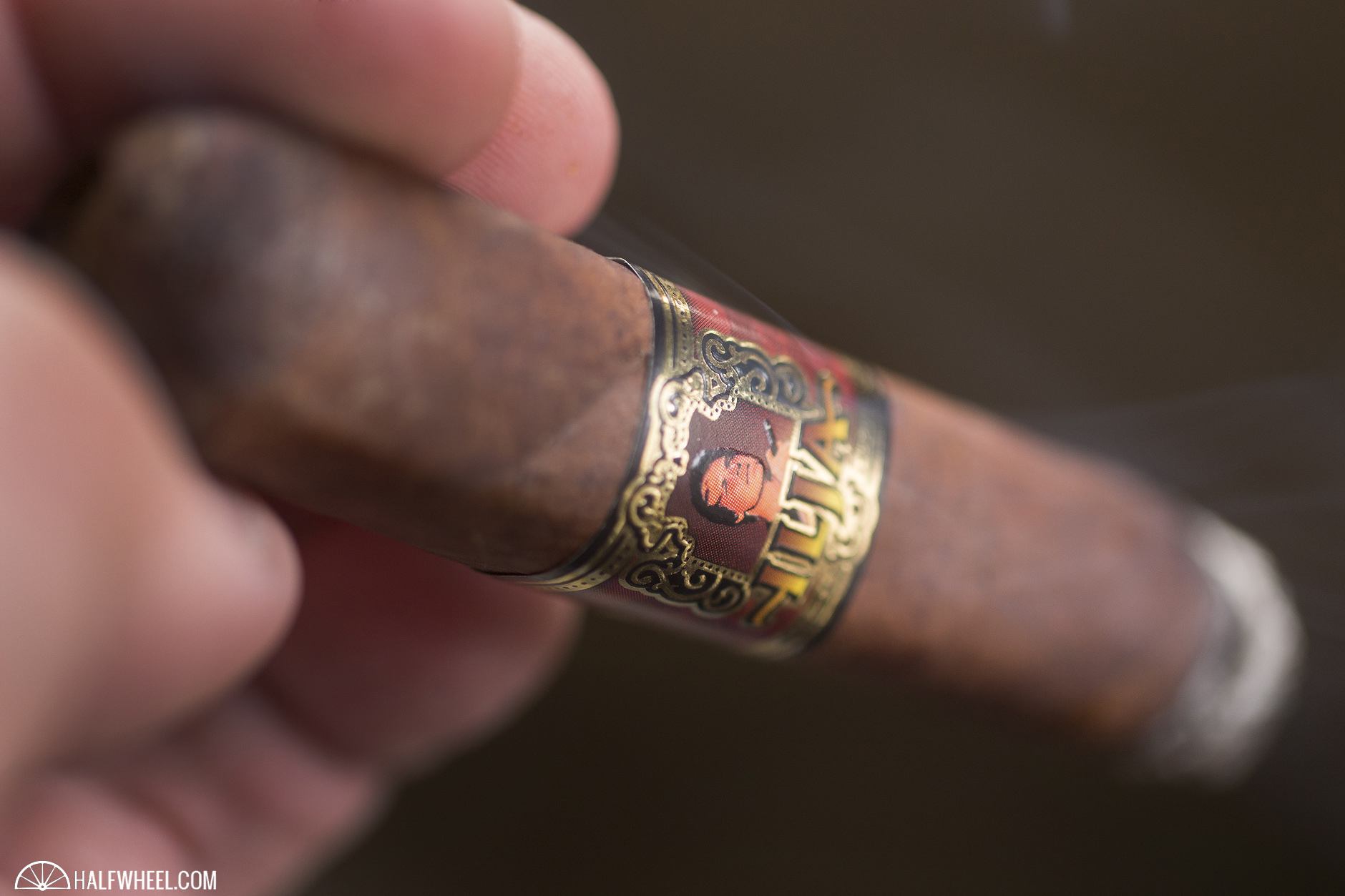 Coming into the final third, the Ilja IX retains the core creamy peanut and coffee bean notes that have been dominant for the entire cigar, along with other flavors of cinnamon, gritty earth, cocoa, barnyard and very slight citrus. Sadly, the floral note from the second third is long gone, and both the raisin sweetness and black pepper on the retrohale fail to gain any strength after their high point in the first third. Construction-wise, the draw remains excellent, but the burn begins to waver a bit, forcing me to touch it up a couple of times. The overall strength fails to go much further than a solid medium, and remains there until I put the nub down with less than an inch left to go. I was very interested to see how the Ilja IX would compare to the rest of the Cuatro Cinco line, a blend I have really enjoyed in the past. While the largest vitola in the line has a number of similarities, it is also noticeably creamier and a bit more reserved than other sizes in the line, although I did notice a bit more nuance in some of the flavors that are present. No, it is not quite a good as some of the other vitals in Cuatro Cinco blend, but it is a nice addition to the line, and a great dedication to a departed loved one that I absolutely recommend if you ever run across one.