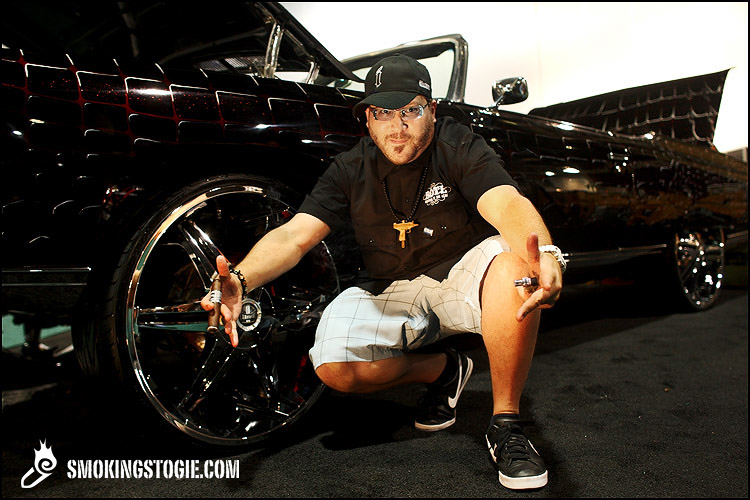 A true cigar guy, larger than life, always talking, always laughing, but also extremely knowledgeable about everything related both to the business and tobacco side of things. Although I just recently met him face-to-face for the first time, I have talked for quite a bit longer via social media.

We shot this portrait in Vegas at the IPCPR show, one day after the show was over in front of the car that Drew Estate had in their booth. Yes, there were copious amounts of MUWAT bundles in the trunk. It took about 10 minutes to shoot, and although we took quite a few photos of him sitting in the car smoking — this shot just screams JD to me.