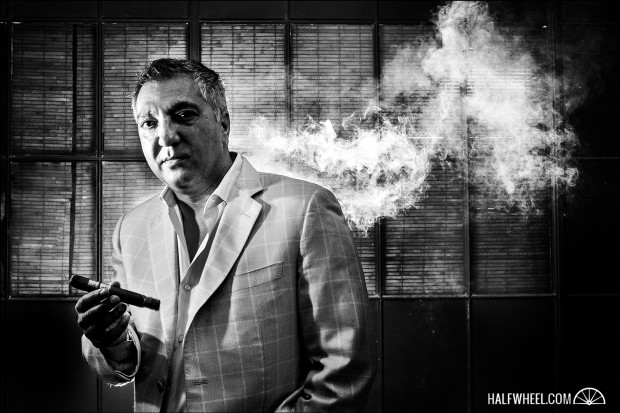 Ask anyone who the hardest working man in the cigar business is, and odds are one of the names you will hear most often is Rocky Patel.

In addition to running one of the largest cigar companies in the world and personally attending many events all over the county, Patel is also on the forefront of the cigar manufactures battle with the FDA in the bid on the regulation of cigars. In fact, I have heard from quite a few people that I trust that there is no one more concerned and willing to fight for smokers rights than he is. I have met him personally a few times, all of them at the either at the IPCPR shows or at various events, and he has always been gracious with his time and eager to talk about not only his cigars and business, but also about how smoking cigars brings people together. 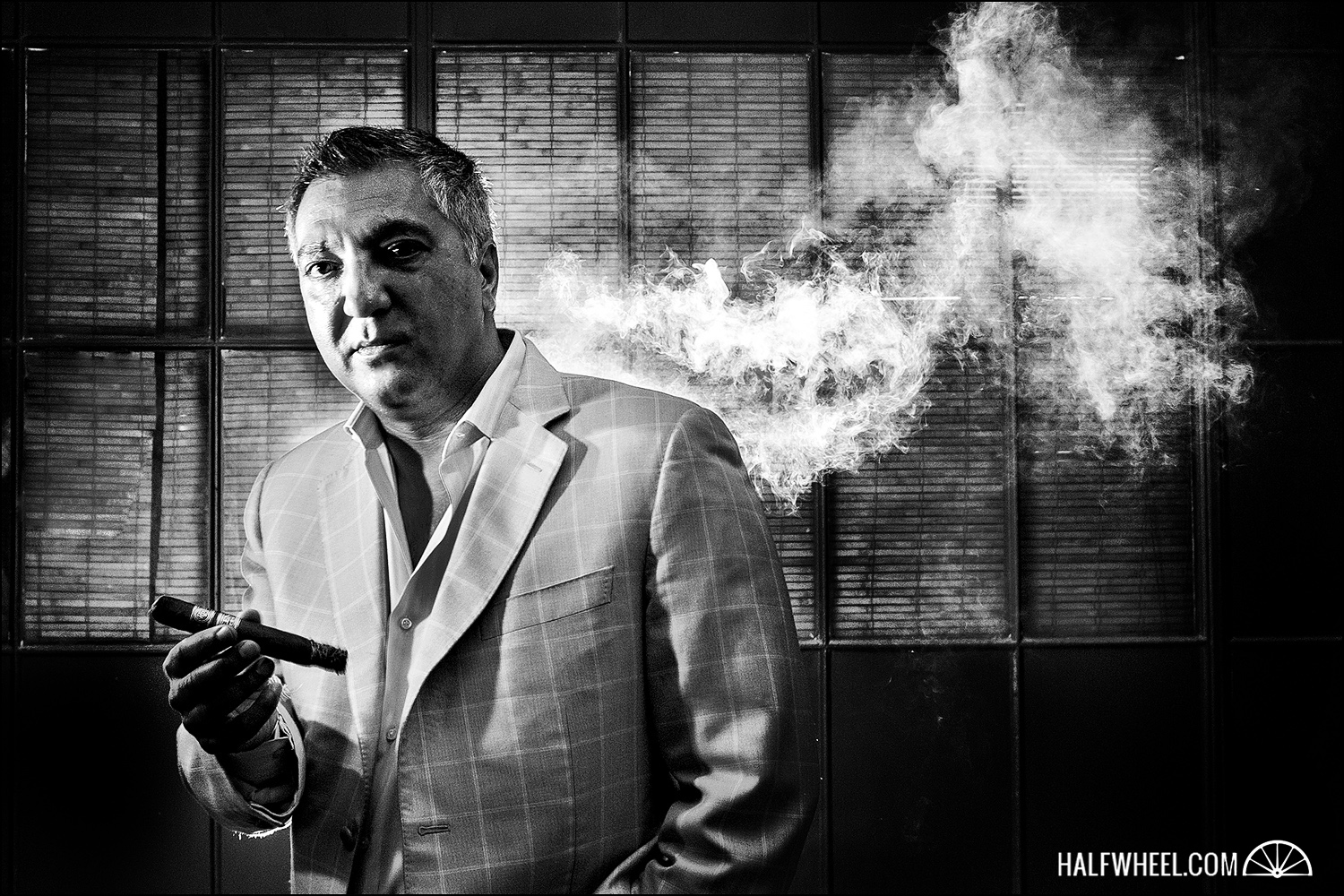 Here are the technical details about this photograph for those who care: this picture was taken with a Canon 5D Mark III and a 24 f/1.4 lens shot at f/4.5 at 1/30 sec and ISO of 500. Light was a combination of ambient (incandescent lamps on top right and left), incandescent video lights to light face and body (held by Charlie Minato) and a Q flash behind Rocky sitting at his feet to accent the smoke from his cigar. The photograph was shot in RAW, converted to .jpg in Adobe Lightroom and finished in Adobe Photoshop.