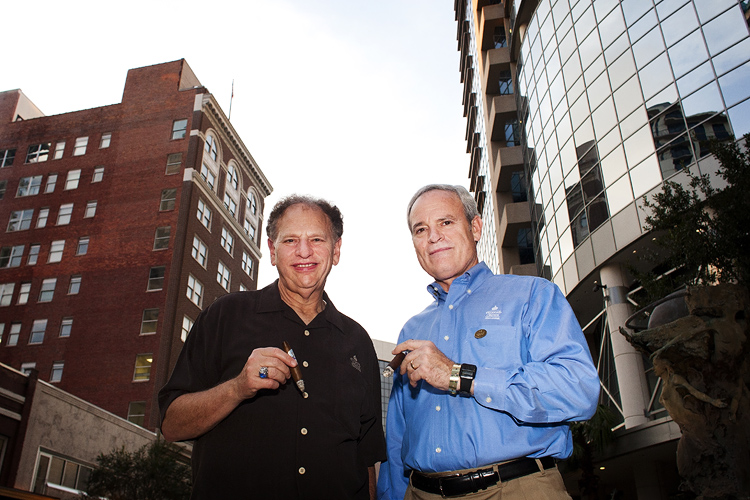 J.C. Newman is widely-known for its Dominican Republic-centric relationship with the Fuentes, which is based out of Tampa, Fla., but the two brothers photographed below are actually amongst the larger producers in Nicaragua. In 1895, Julius Caeser Newman started his cigar company in Cleveland, Ohio. Sixty years later, the company relocated to Tampa and entered the second half of the 20th century under the leadership of Newman’s sons, Stanford and Millard.

Stanford’s sons, Eric and Bobby, now lead the company with the former serving a president and the latter executive vice-president. While at IPCPR 2012, we had the opportunity to photograph the two outside of one of the company’s Diamond Crown-branded cigar lounges at Corona Cigar Co. 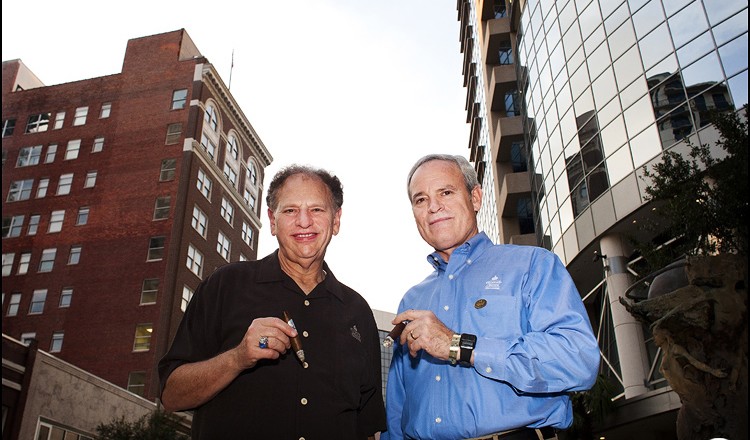 As for the technical details on the photograph. This picture was taken with a Canon 1D MarkIII using a Canon 24 f/1.4 lens at f/6.3. Shutter speed was 1/160th and ISO was 800. The strength of the flash on camera was balanced with the existing ambient light and a daylight gel was put over the flash head to balance the color of the flash with the daylight that was already present.