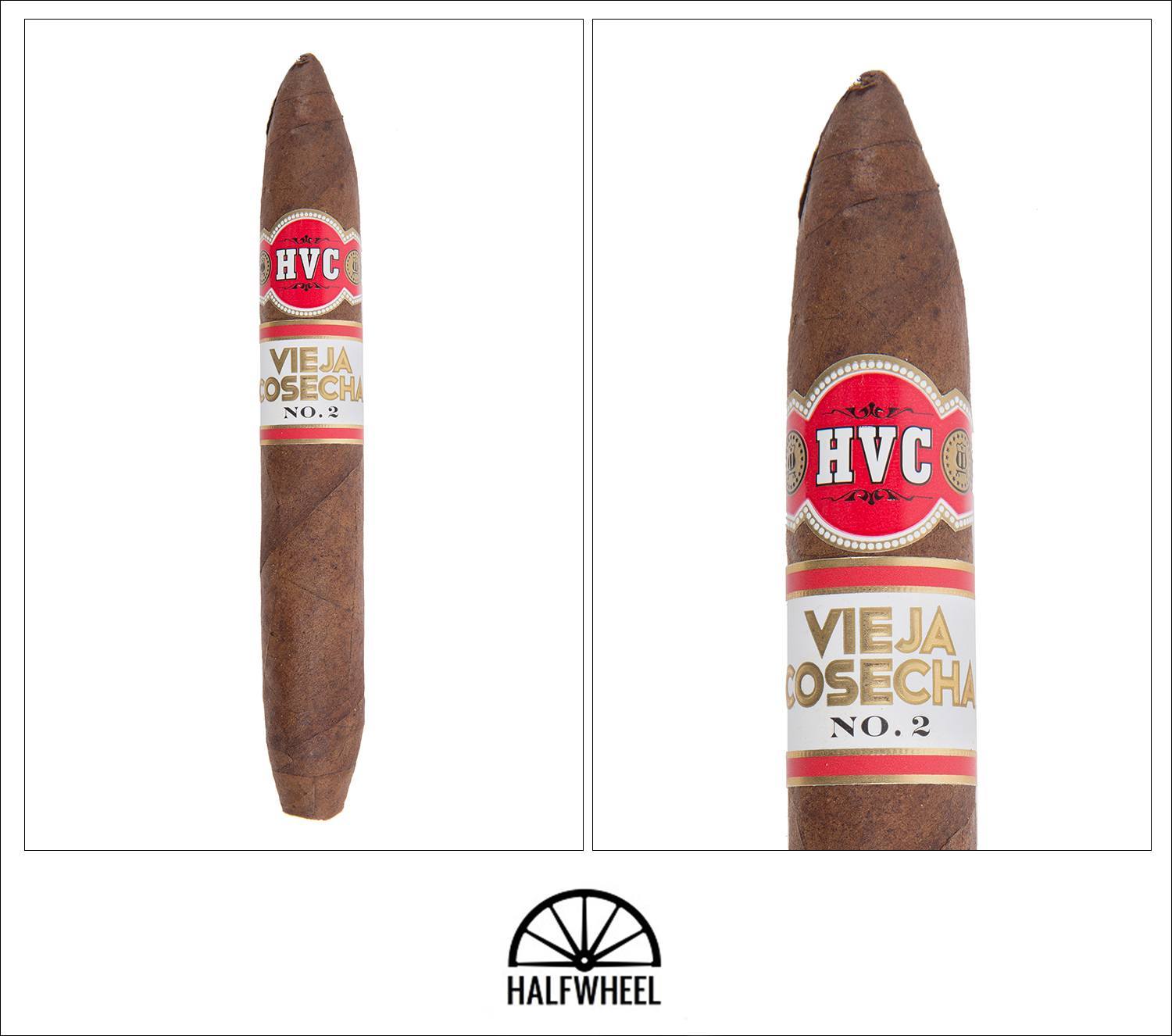 While the Vieja Cosecha No.2 doesn’t have a gaudy big first impression, it does have a nice overall look to it, but once you pick it up the medium brown wrapper does have a luxuriously soft, supple feel to it. There is just a little give to the cigar when squeeze, while a light barnyard aroma of damp leather, earth and hay comes off the wrapper. The cold draw has notes of cinnamon, pepper, graham cracker and some light vegetal notes.

Starting into the first third, pepper, espresso, a little salt, cedar and a touch of earth start things out. The draw is good, right in the middle of ideal. There is plenty of smoke produced with each draw, but it isn’t overly much and dies down to a trickle fairly quickly afterwards. The burn is mostly even starting out, though a little help is needed to even it up around the foot’s bulge. As the cigar settles in, the pepper is reduced slightly, while the espresso, salt, cedar and earth continue. A light spice note has also appeared, lending itself to the mix nicely. Moving into the second third, the pepper continues to move closer to the background, while the spice moves more towards the forefront. Espresso and a new note of cocoa appears, giving a nice mocha flavor in the background as well. Salty earth is mostly gone, though the cedar does still remain. Since the help around the foot, the burn has kept itself nicely even, with dense ash holding on well to over an inch. 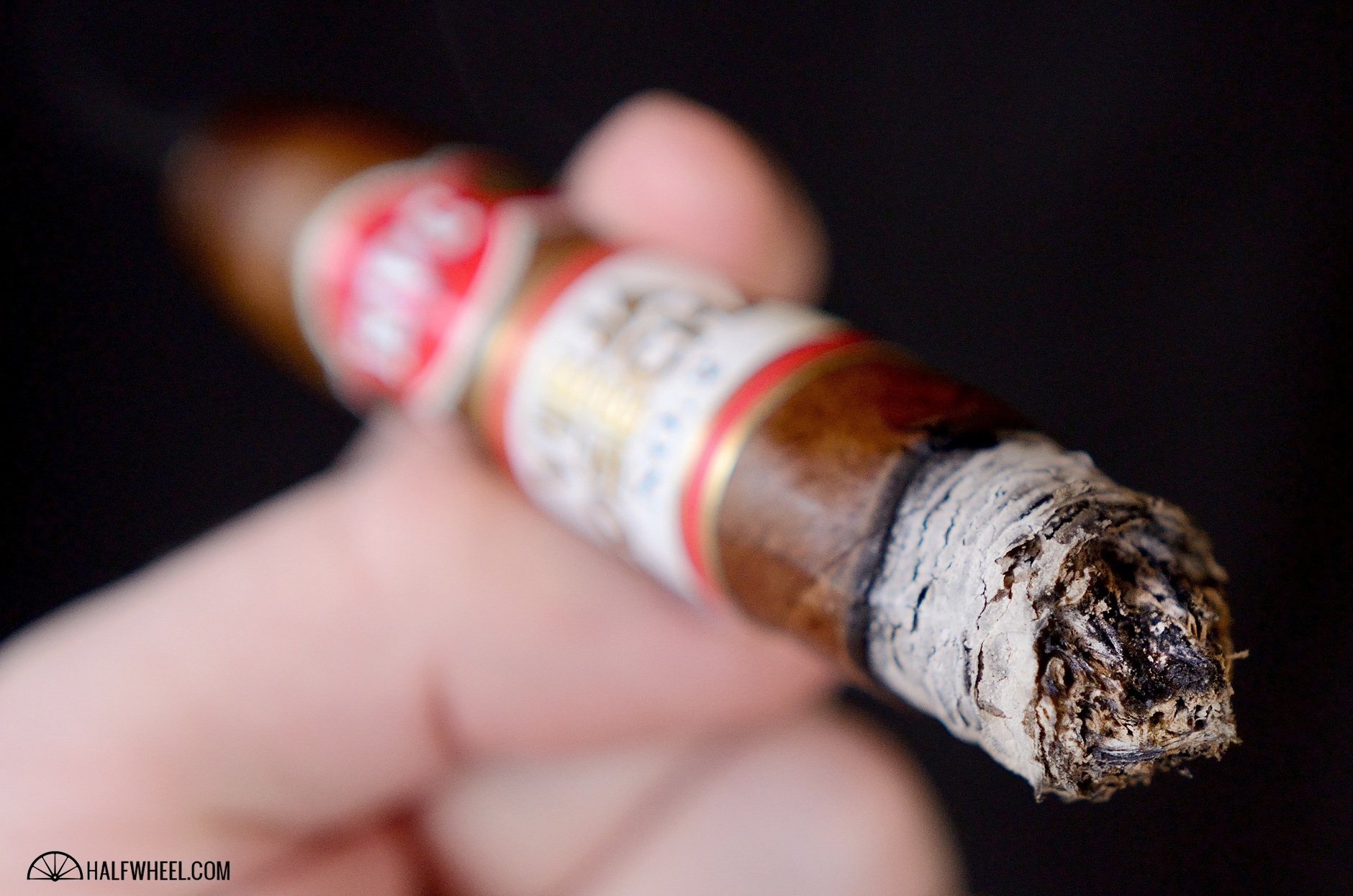 The final third sees a reemergence of the pepper, coming back to the front quite quickly and boldly. Spice continues much the same, with espresso, light cocoa, and cedar coming in towards the end. The burn had a small section lag behind, but it ends up correcting itself without intervention from my lighter. Though the pepper has come back quite strongly, the cigar continues to be smooth and flavorful without any change all the way into the final inch. 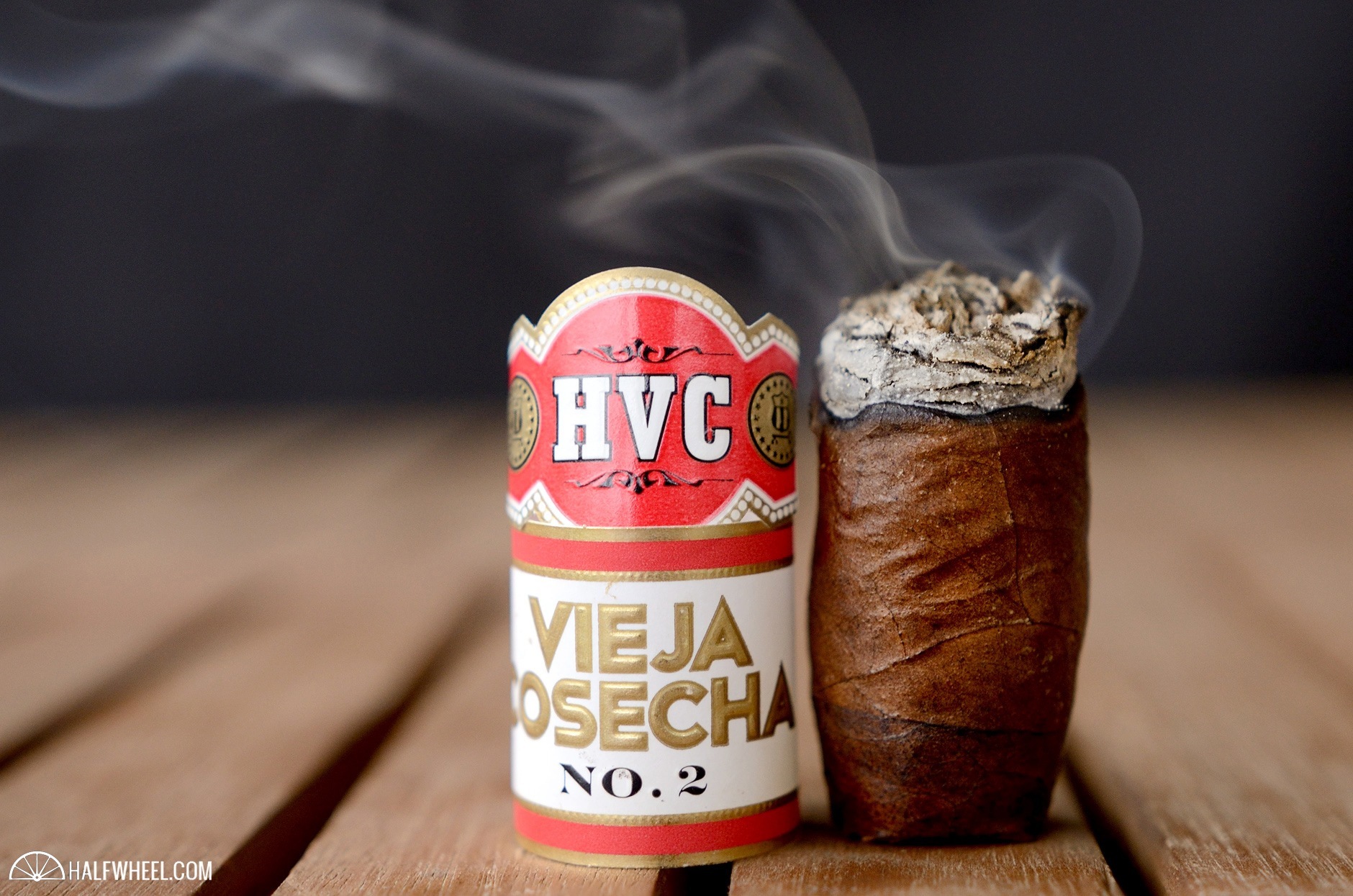 The HVC Vieja Cosecha No.2 is a great follow-up to the No.1, which isn’t always the case when using different vintages of tobacco. The complex profile shifts and changes enough to keep me interested throughout the two hours, with flavors that mesh well together and nice little surprises that pop up like the espresso and cocoa that pair together wonderfully. The construction was on par for all three samples, with only very minor burn issues that didn’t impact the flavor or enjoyment of the cigar. In the end it’s an easy suggestion on my part that you go find these now and try them for yourself before they’re all gone.