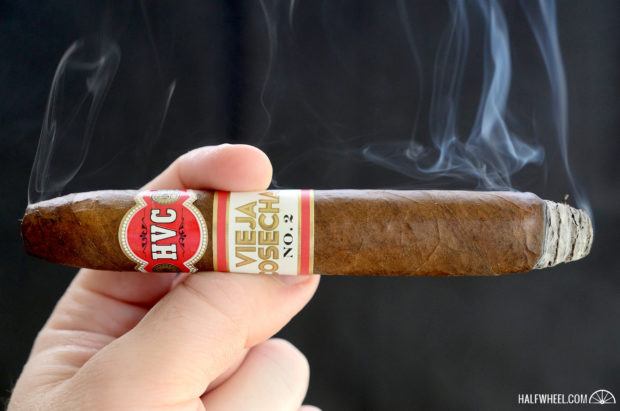 At the 2016 IPCPR Convention and Trade Show, HVC Cigars was back for its fourth year at the show. While there were new things to show off, unfortunately one of them wasn’t the Vieja Cosecha No.3. The Vieja Cosecha releases are limited editions that used AGANORSA tobaccos that have been aged five years.

While the No.2’s future plans weren’t mentioned, we have already seen a second release of another 250 boxes earlier this year. Since I had one from the first batch, I thought I would revisit it to see what a year’s rest has done for it. Here’s what I originally had to say about the cigar:

The HVC Vieja Cosecha No.2 is a great follow-up to the No.1, which isn’t always the case when using different vintages of tobacco. The complex profile shifts and changes enough to keep me interested throughout the two hours, with flavors that mesh well together and nice little surprises that pop up like the espresso and cocoa that pair together wonderfully. The construction was on par for all three samples, with only very minor burn issues that didn’t impact the flavor or enjoyment of the cigar. In the end it’s an easy suggestion on my part that you go find these now and try them for yourself before they’re all gone.

*The second release of 250 boxes brings the total cigars released to 9,000.

The first thing I notice is the Vieja Cosecha No.2’s wrapper still has the same supple, velvety soft feel to it that it did before. The give that was there before has firmed up slightly, though it isn’t what I would call hard or firm either. Damp earth and hay, aged leather and a touch of cocoa come off the wrapper, while the cold draw still produces delightful notes of cinnamon, pepper, graham crackers and a lighter vegetal note in the background.

The first third starts with big notes of cedar, espresso, salty earth and a much lighter dose of pepper than I previously remember. About an inch in, a nice spice note develops alongside the cedar, espresso, salt and earth, while the light pepper fades even more into the background. Right around the halfway mark some cocoa is added to the mix, which combined with the espresso and spice gives it a nice spiced mocha taste. The cedar still remains, while the salt and earth have faded slightly into the background. In the final third there isn’t much change, with the espresso, cocoa and spice leading the profile, while the cedar, salt and earth follow up in the background. The No.2 finishes up smoothly, enjoyable to the last bit without getting harsh or bitter. 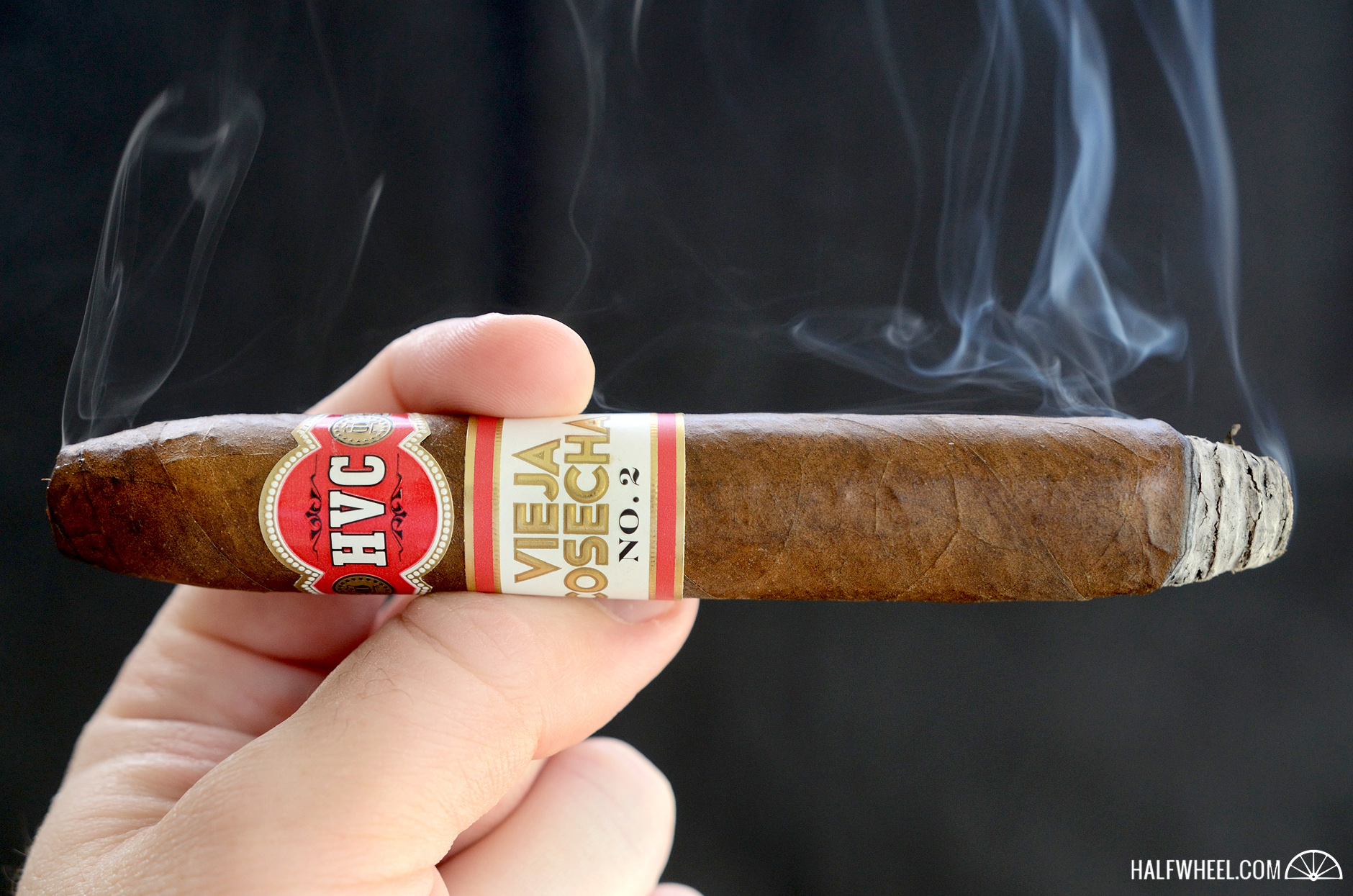 As with many figurados I’ve smoked, there is a trend to need a bit of touching up around the bulge, which the No.2 needed when I first smoked it last year. This go round however, the burn started out even and stayed even right past the curve, not needing any help from me. The draw started out snug, but well within the acceptable range, however once it was past the bulge it opened up and stayed right in the middle of ideal. Plenty of smoke is produced with each draw, while the dense ash held on easily to around the inch mark. In the second third the burn moves slightly away from the sharp, even line of the first, though it isn’t harsh enough to need a touch up. After correcting itself, the burn moves back to being sharp and even for the final third, wrapping up the cigar in an impressive show of construction.

I really enjoyed the Vieja Cosecha No.2 the first go round, so I was certainly excited to see what some rest had done to the profile. As expected, the little pepper that was there mellowed out to the point where the rest of the flavorful profile could shine from the beginning to end. Originally I had a couple of minor burn issues that required my intervention, but this time around it seems the acclimation and rest allowed it to burn evenly enough that I didn’t need to help it along at all the entire time. Though there was a second release of these, it was still a small enough one that I was curious if anybody was still showing them in stock. A quick search confirmed a couple of places did still have them available. So if you missed out on these the first time around, I certainly wouldn't suggest waiting on it now, because who knows when or if we'll see these released again.