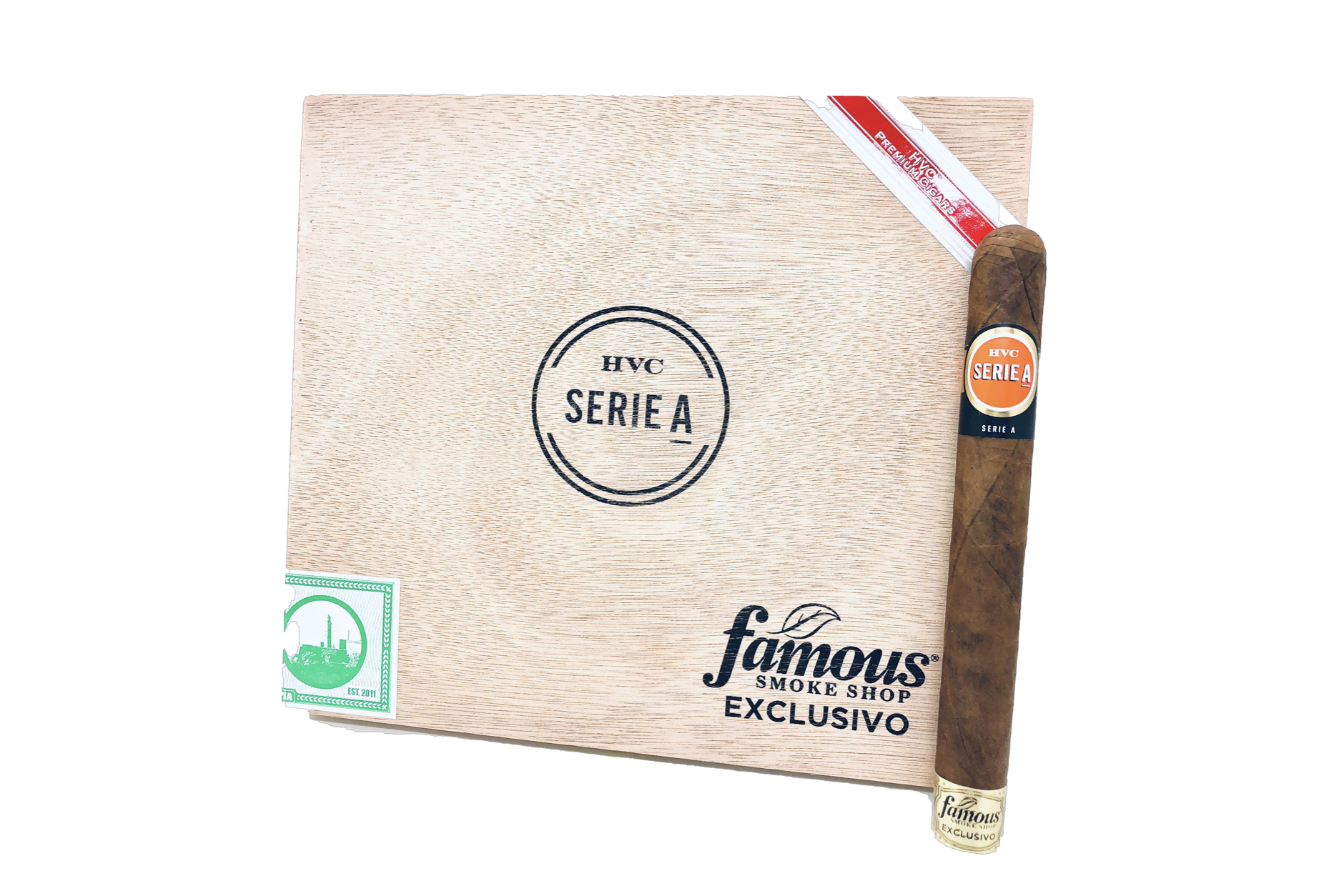 There’s a new size for HVC’s Serie A line that will go on sale next month.

The HVC Serie A Famous Smoke Shop Exclusivo—as the name makes it clear—is an exclusive release for Easton, Pa.-based Famous Smoke Shop. It’s a 6 1/2 x 50  toro extra, the longest vitola to date for HVC’s Serie A line to date. Like the rest of the line, it is a Nicaraguan puro using a corojo 99 wrapper.

“Thanks to the Famous Smoke Family and to all our team in  Nicaragua for making our production possible in these crazy times,” said Reinier Lorenzo, founder of HVC Cigars, in a press release. “The HVC SERIE A Toro 50 x 6 1/2 Exclusivo for Famous Smoke Shop has all I look for as far as cigar, Flavor, balance, construction and clean finish. These will be selling in the middle of September.”

Lorenzo added that he’s been working on the release for more than a year and a half.