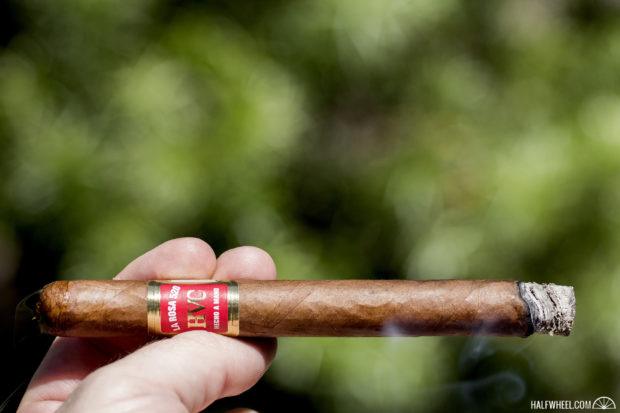 We’ve all heard the saying that there’s no place like home, and that’s a sentiment that’s shared by many in the cigar industry. Many cigar makers make tributes to their home country by way of flags in their logos, area codes as names of cigars, and so on. Some go even more specific: naming a cigar for their home address.

La Rosa 520 is named for the address HVC founder Reinier Lorenzo lived at in Havana, Cuba. He launched the line in May 2015, producing it at the Tabacos Valle de Jalapa S.A. (TABSA) factory in Estelí, Nicaragua, using exclusively AGANORSA tobacco grown in Nicaragua’s Jalapa region. Lorenzo said that it best reminded him of the soil from the Cuban cities of San Luis and San Juan y Martinez, which are located in that country’s famed Pínar del Río region, where tobacco for premium cigars is grown. 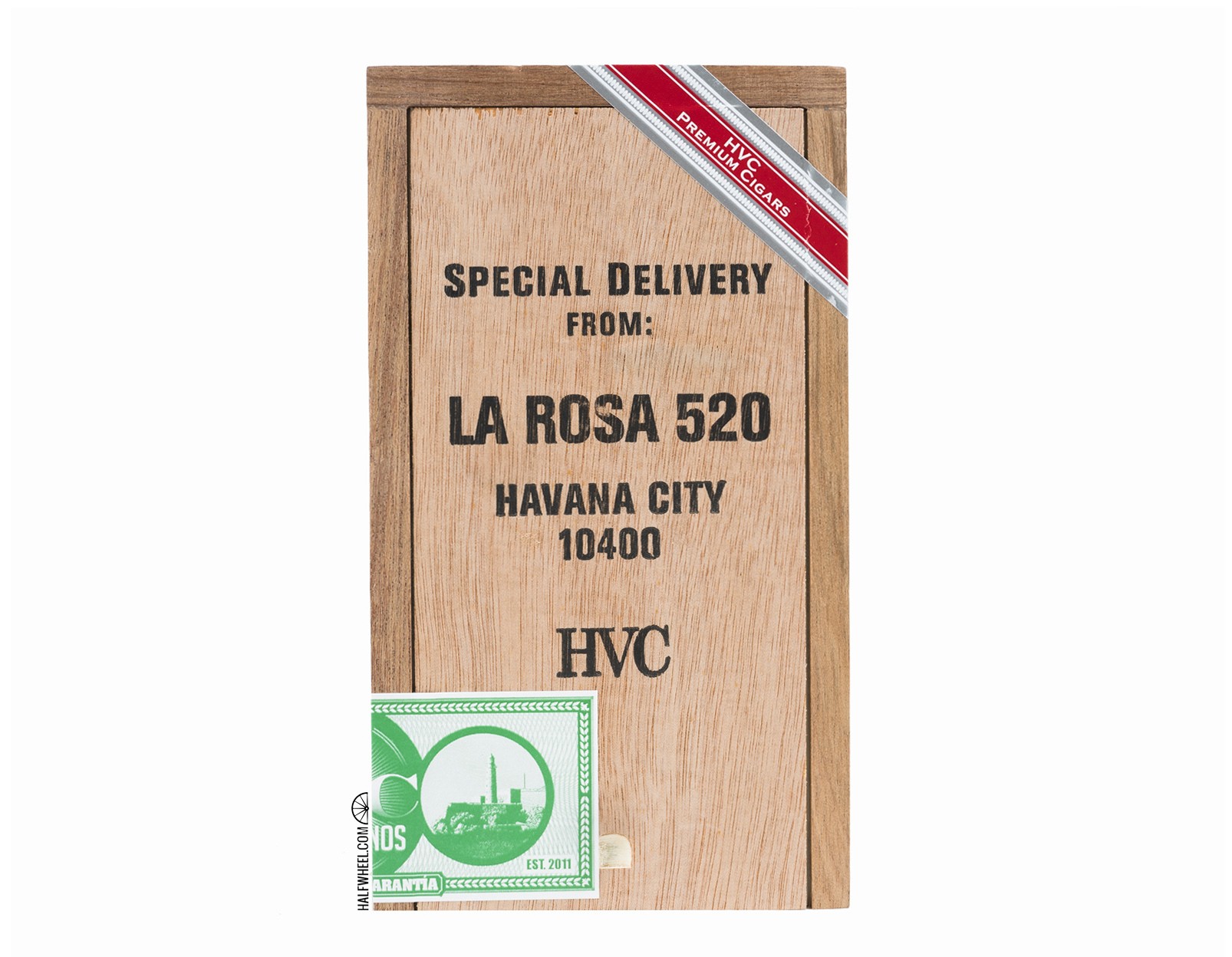 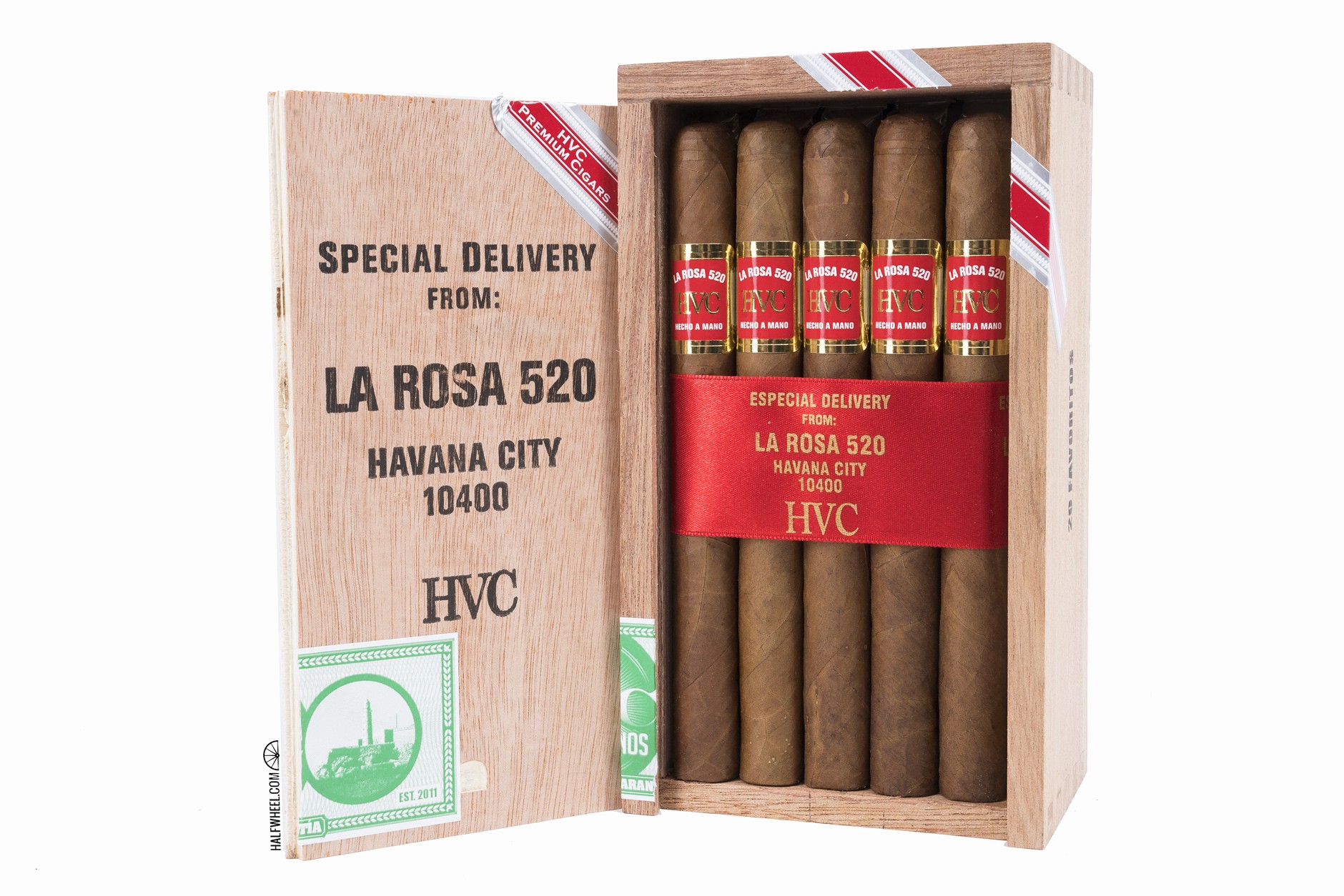 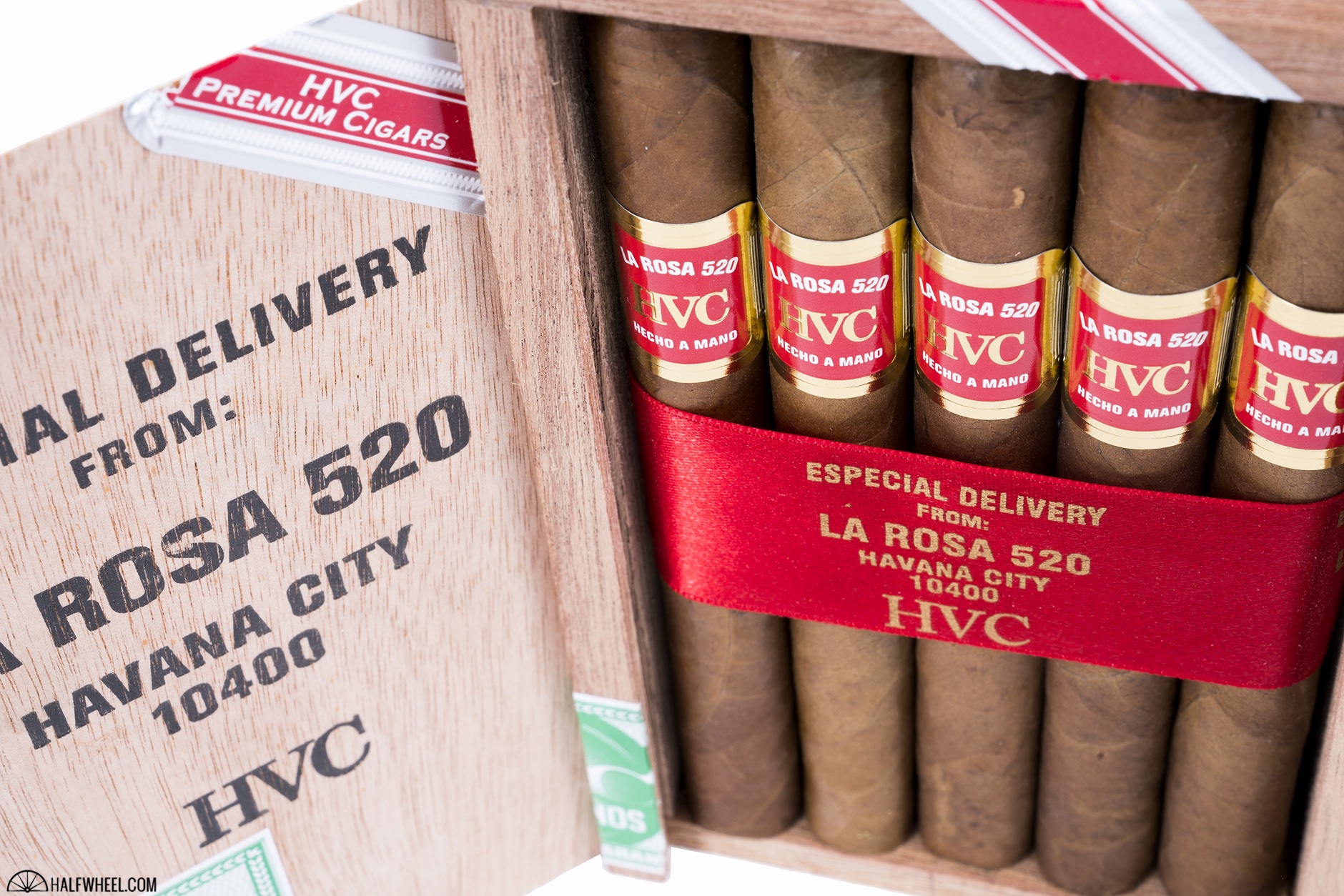 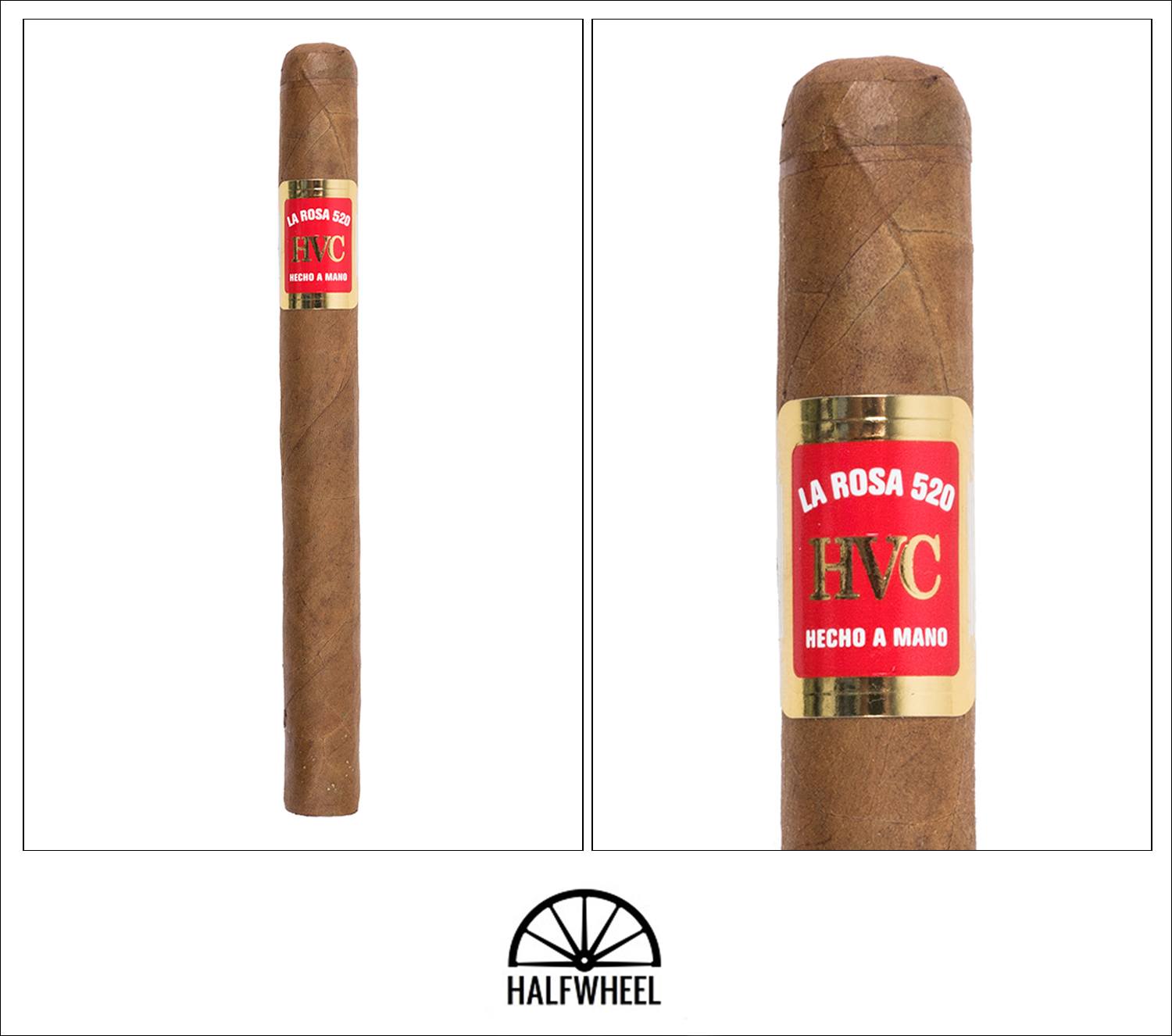 The HVC La Rosa 520 Favoritos is a classic looking lonsdale, long and slender in the hand, if a bit light in terms of its mass. The wrapper is soft to the touch and it pairs well with the slight bit of give that the cigar has; it’s spongy yet not underfilled, and capped with a well-trimmed circular piece of leaf that sits almost flat on the head. While the initial sniff of the foot of the HVC La Rosa 520 Favoritos is fairly mild, there is a delayed and very stinging hit of pepper that comes along and really gets after the olfactory nerves. As for what else the pre-light aroma offers, it’s hard to pin down as my initial thought of cake donut doesn’t quite fit every sample, and if anything gets me thinking about a Cinnabon roll, though without the overt sweetness. Aromas of dried tobacco, lumber and whole grain bread also come to mind among the three cigars. The cold draw is a touch firm, with some sneaky black pepper coming through, though not in the quantity that I picked up in the nose. There’s also a bit of sugar sweetness, but it too stops short of dominating the profile.

The HVC La Rosa 520 Favoritos starts off on a fairly tame, medium-bodied profile with a bit of pepper, and while it’s a Nicaraguan puro, it has me thinking more of Dominican tobacco out of the gate with a bit of wood and dryness. The cigar picks up a bit of creaminess just past the first inch and sets up an interesting and quick transition to a more pepper-forward profile that delivers not just the familiar black pepper sensation but also a bit of red chili pepper heat and bite. The ash shows fairly quickly it’s not interested in building up, with each of the first three cigars dropping the first clump well before the one-inch mark. The draw and burn are both quite good, while the cigar moves onto the next section at the medium-plus mark in terms of flavor and strength. 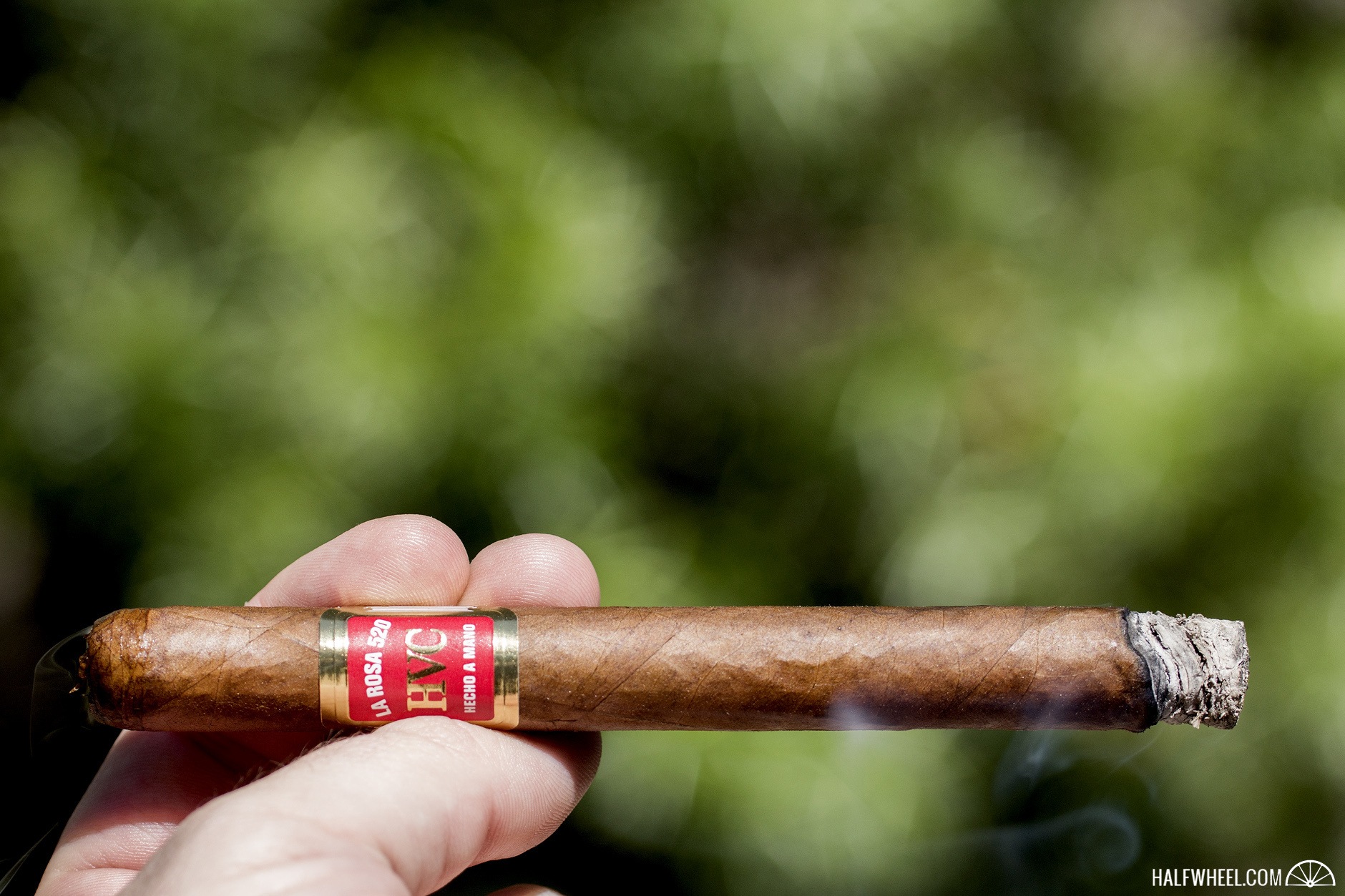 The second third of the HVC La Rosa 520 Favoritos leaves me a bit lacking for specific flavors other than just cigar tobacco, though the profile leans towards mixed nuts with a bit of pepper. That pepper quickly develops some more vibrance, particularly on the front half of the tongue, and as it changes the profile seems to evolve towards a more lumber-forward flavor approaching the midpoint. That flavor holds through the rest of this section, showing hardly any variance whatsoever. 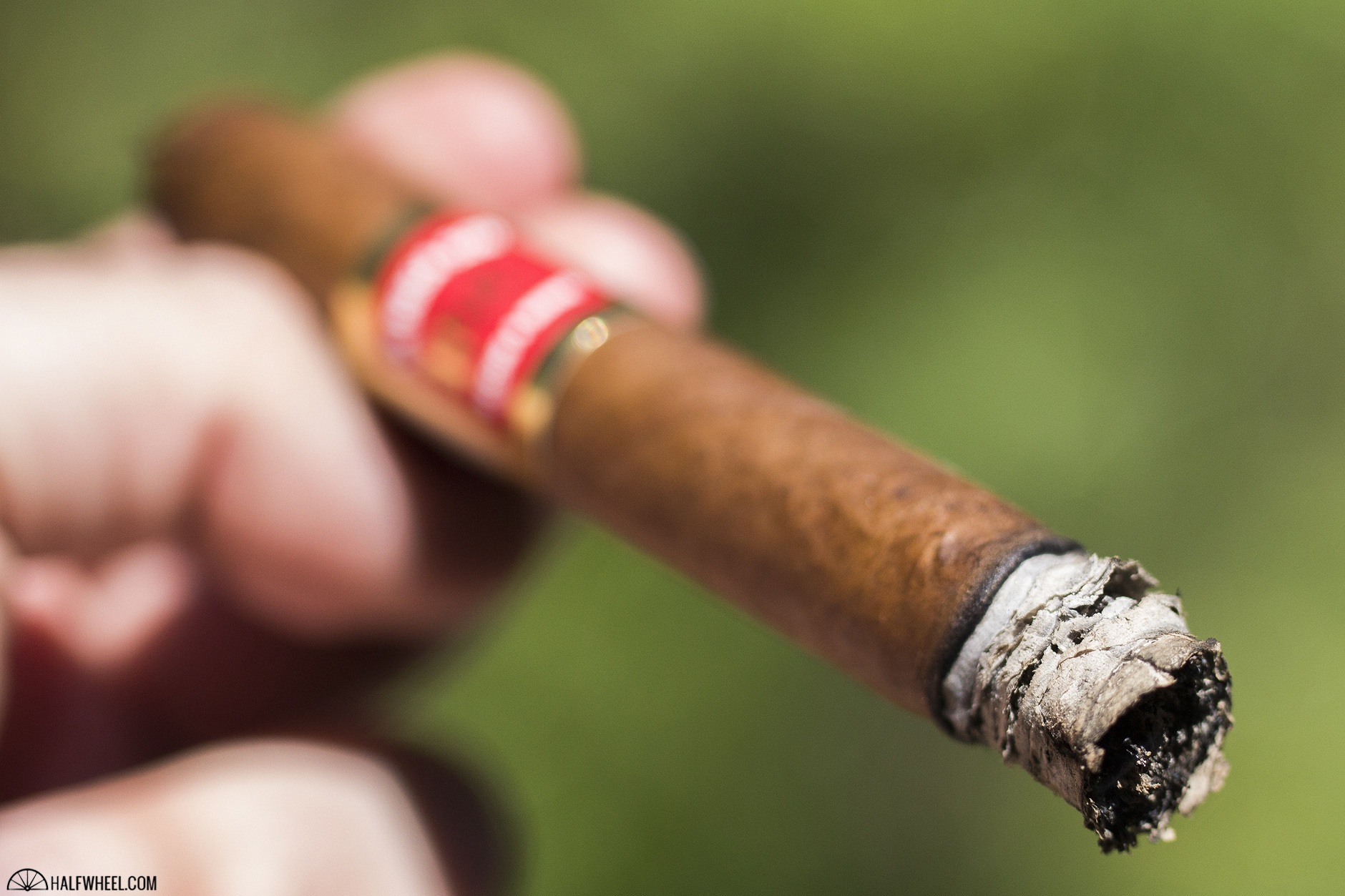 There’s little new to report about the HVC La Rosa 520 Favoritos, as the flavor has a combination of mixed nuts, lumber and pepper, with a slight suggestion at some earthiness but barely enough to make mention of it. A very slight bit of sweetness comes along in the final inch or so as a parting gift, before some red chili pepper seemingly brought on by the proximity of the combusting core. Construction, burn and smoke production are all still very good, and neither of the three samples leaves me feeling overwhelmed by nicotine strength. 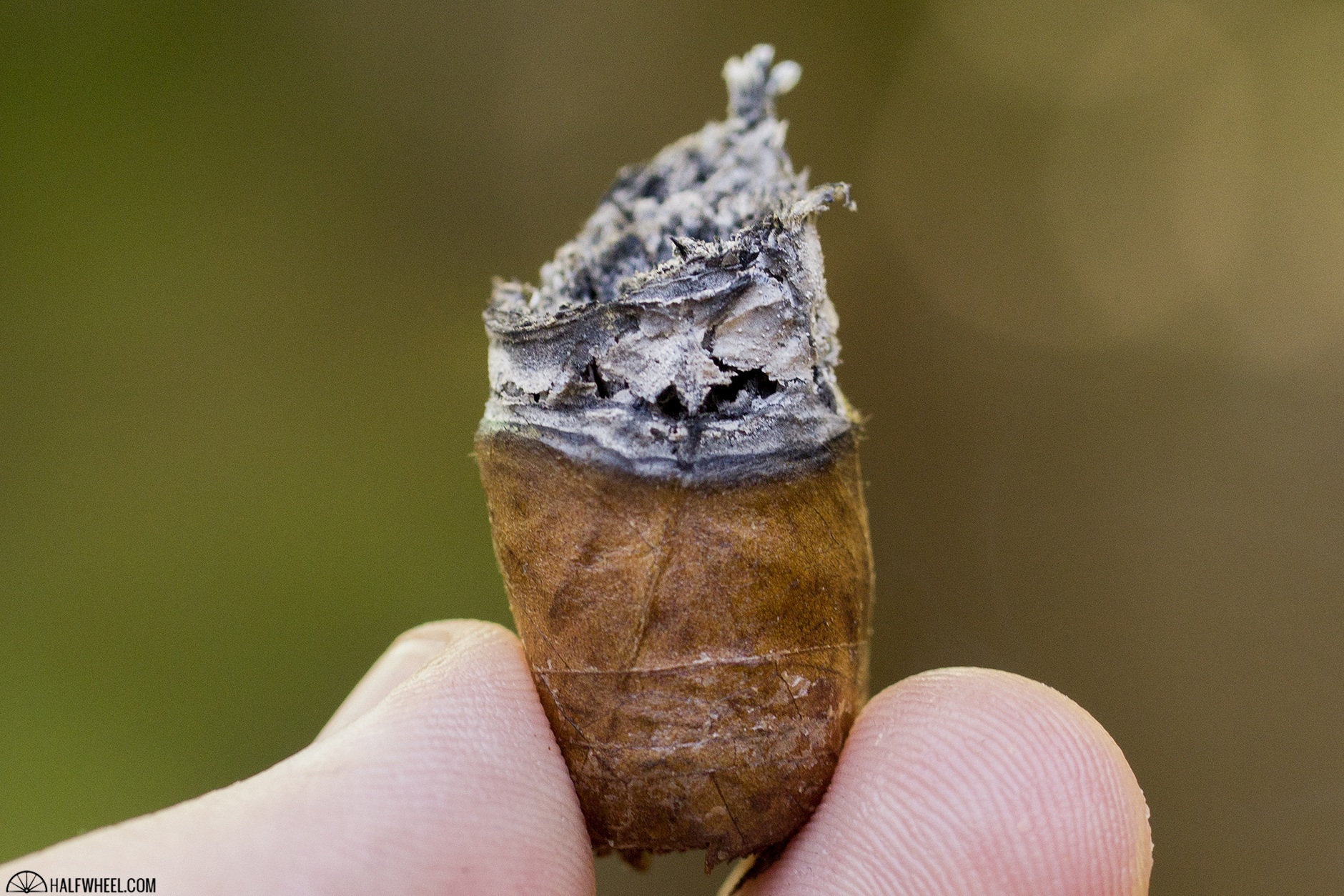 The HVC La Rosa 520 Favoritos may not present a litany of flavor changes and complexity, but that doesn’t make it any less of an enjoyable cigar. Other than some occasional moments of a biting red chili pepper, the cigar is smooth and balanced, the draw and burn are both well above average, and there's no harshness or lasting punch once it's put down. I do wonder if the smaller ring gauge hampered the blend's ability to show its full complexity—or at least the complexity that the other vitolas have showed—or if maybe a bit more time will help this cigar further open up and develop all of its potential; either way, this latest size reinforces that the La Rosa 520 is a very good blend.