In May 2015, HVC Cigars launched a new regular production line, though you might not assume that detail based on its name.

The HVC Edición Especial 2015 certainly sounds like a limited edition, but it is in fact an ongoing part of the company’s portfolio, available in three sizes and using a blend of a Mexican San Andrés wrapper with Nicaraguan binder and filler.

The line also marked a bit of a departure for the company as far as the names of its lines; almost all have some reference to Havana, Cuba, where brand owner Reinier Lorenzo is from. Names like Cerro and La Rosa 520 each are nods to Lorenzo’s Cuban neighborhood and home, while the company’s First Selection line bears bands that reference The City along with a line that I Will Never Forget.

Here’s what I said about the HVC Edición Especial 2015 when I reviewed it in August 2015:

While I have yet to find an HVC Cigars release that has merited adding a bunch to my humidor, I’ve also been yet to find any that haven’t been enjoyable, and the Edición Especial 2015 is no exception. It’s by no means the typical San Andrés and Nicaraguan blend profile; it’s generally lighter than most others you may have tried and there seems a real genuine effort to keep the cigar balanced from start to finish. It doesn’t always work out, and one sample seemed to have something significantly off, but when the HVC Edición Especial is dialed in, it could certainly be one of Reinier Lorenzo’s best works to date. 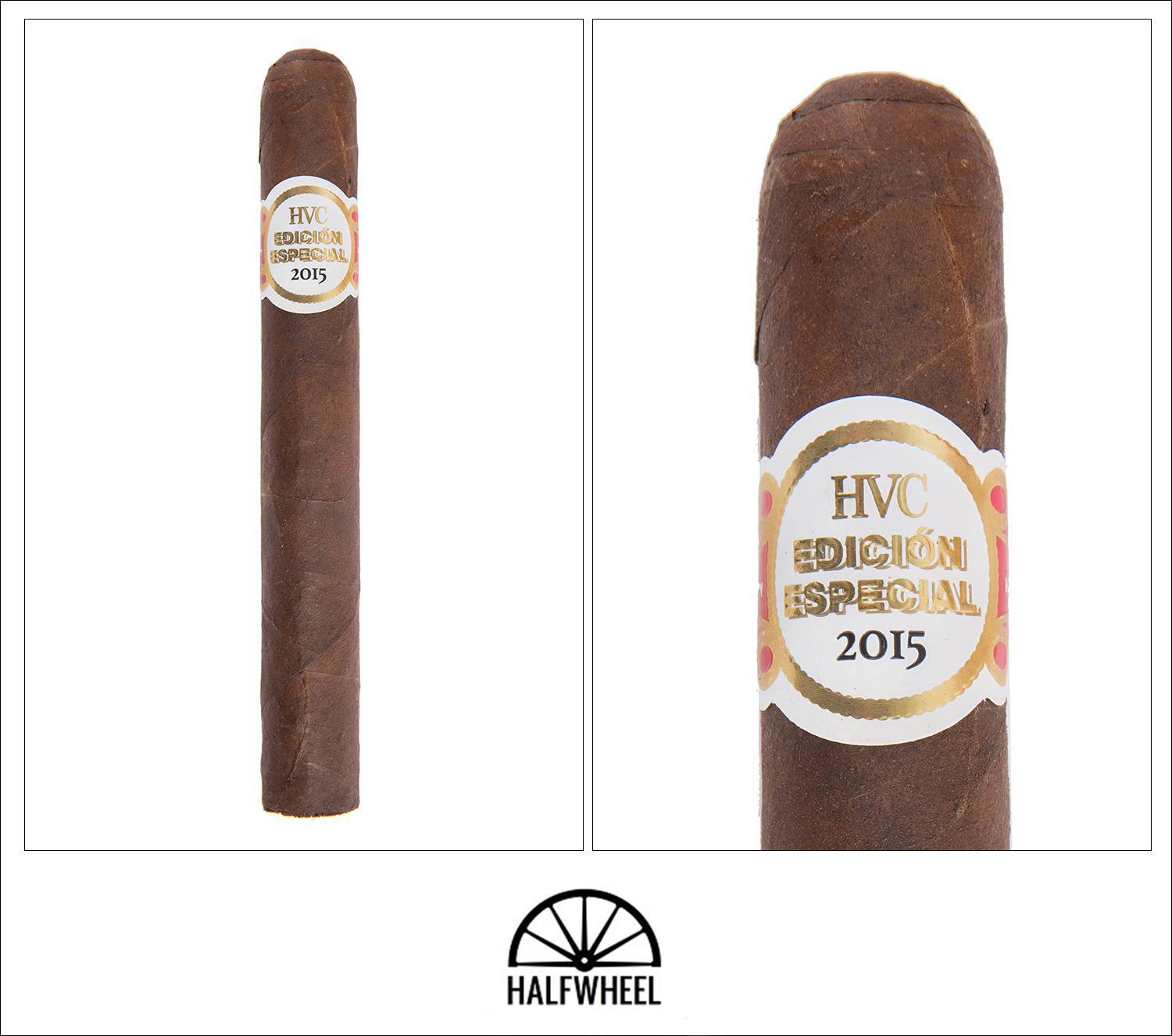 The HVC Edición Especial 2015 has held its color quite well in the nearly two years since I originally smoked it; it’s a meaty brown that has me thinking of beef jerky but with veins and seam lines. The roll is even and quite firm, showing hardly any give from the foot to the well-applied cap. From the foot I get a mix of sweetness, earth and wood, with cherries standing out as the first definable smell. The cold draw is a touch firm, but far from a struggle and offers a much less descriptive introduction with a faint flavor of generic tobacco and even less of a mocha note to tickle the taste buds.

Consider me surprised by how full and robust the first puffs of the HVC Edición Especial 2015 are, as the first draw is packed with earth and some woods, though noticeably lacking much in pepper. There’s also a funky aftertaste here, something I hope will soon be a thing of the past. Retrohales are where to find the pepper in the first inch; it’s a fairly clean and potent pepper that is black on the exhale but more chili pepper on the lingering finish by way of some added heat to the nostrils. The cigar doesn’t show a lot of changes in the first two inches, other than the pepper now being distributed more evenly between the nose and mouth, and that funkiness I picked up early on disappearing somewhere along the way. The profile begins its first real change right at the midway point, as the smoke gets drier and a bit thinner, but retains the potency it has shown from the start. The progression found at the second half of the HVC Edición Especial 2015 takes the cigar to a slightly lighter body but still robust flavor profile, leaning a bit more on the chalk and wood notes that it flirted with earlier. The Mexican San Andrés wrapper is still contributing yet has stepped back in terms of the gravitas of earthiness that gave the cigar much of its first half foundation. I’m impressed by how the cigar has smoothed out with time while still maintaining much of its strength, which by the final third of the cigar has started to come back a bit as the base of the cigar fills back out. Sweetness is fleeting at best and more of a penny-on-the-street kind of find rather than a substantive part of the profile. Retrohales continue to be the exclamation point on the smoke, adding that extra bit of oomph that the cigar benefits from and which you’ll want to add if you’re looking for that extra bit of pepper. There hasn’t been a single technical problem over the two hours it took to smoke this cigar, and it seems willing and capable to be smoked down to a small remnant of its original size.

How I managed to let this cigar sit for almost two years before bringing it out for a redux review is beyond me, even more so now that I've smoked it. The cigar has certainly changed with time, with the near complete disappearance of sweetness the most noticeable aspect, yet it retains much if not all of the strength and pepper it showed when new. Between those two points, the smoke has smoothed out a bit to the point where the smoothness isn't even much of a thought because any rough spots are so few and far between. I've maintained that HVC's portfolio is one worth exploring and the Edición Especial 2015 is no exception, as this cigar smokes well off the shelf and as well if not better with time.