I don’t know what that exactly means, but it’s been a part of the HVC Black Friday story for a while now and is prominently displayed on the box for the third edition.

Each of the three releases has been different with a few similar characteristics: 100 boxes of 50, made entirely of Nicaraguan tobacco and extremely affordable.

The 2017 edition doesn’t stray from that. It’s a 4 x 48 parejo that’s using all AGANORSA tobacco with a corojo 99 wrapper, four-year-old binder and fillers, the latter of which is 75 percent from Estelí.

Of note, HVC Cigars says the Black Friday 2017 has been aging for one year after rolling. In somewhat of an interesting turn, this cigar is able to be differentiated from the rest of the HVC portfolio because it has just a simple HVC band, which no regular release HVC has, at least not alone. The short cigar smells of leather, sweet cocoa, barnyard, and acidity around the medium-full level. From the foot, there’s leather, sweet chocolate, a different darker chocolate, acidity and a touch of white pepper that is substantially fuller than the wrapper. The cold draw is nutty, with some burnt meats, saltiness, leather, and a touch of paint. Of note, the draw is a bit open.

The Black Friday begins toasty with some wood, an artificial blueberry flavor, and nuttiness before a big spice flavor comes in on the finish. It backs off the sweetness as the flavor gets earthier with a burnt chocolate that reminds me of mole. Behind that is some black pepper and a bit of twang. Flavor is medium-full, body is full and the cigar is medium-full in strength. On two samples, I find myself touching the cigar up to help keeping it burning, with  smoke production a bit weak at times in all three cigars. 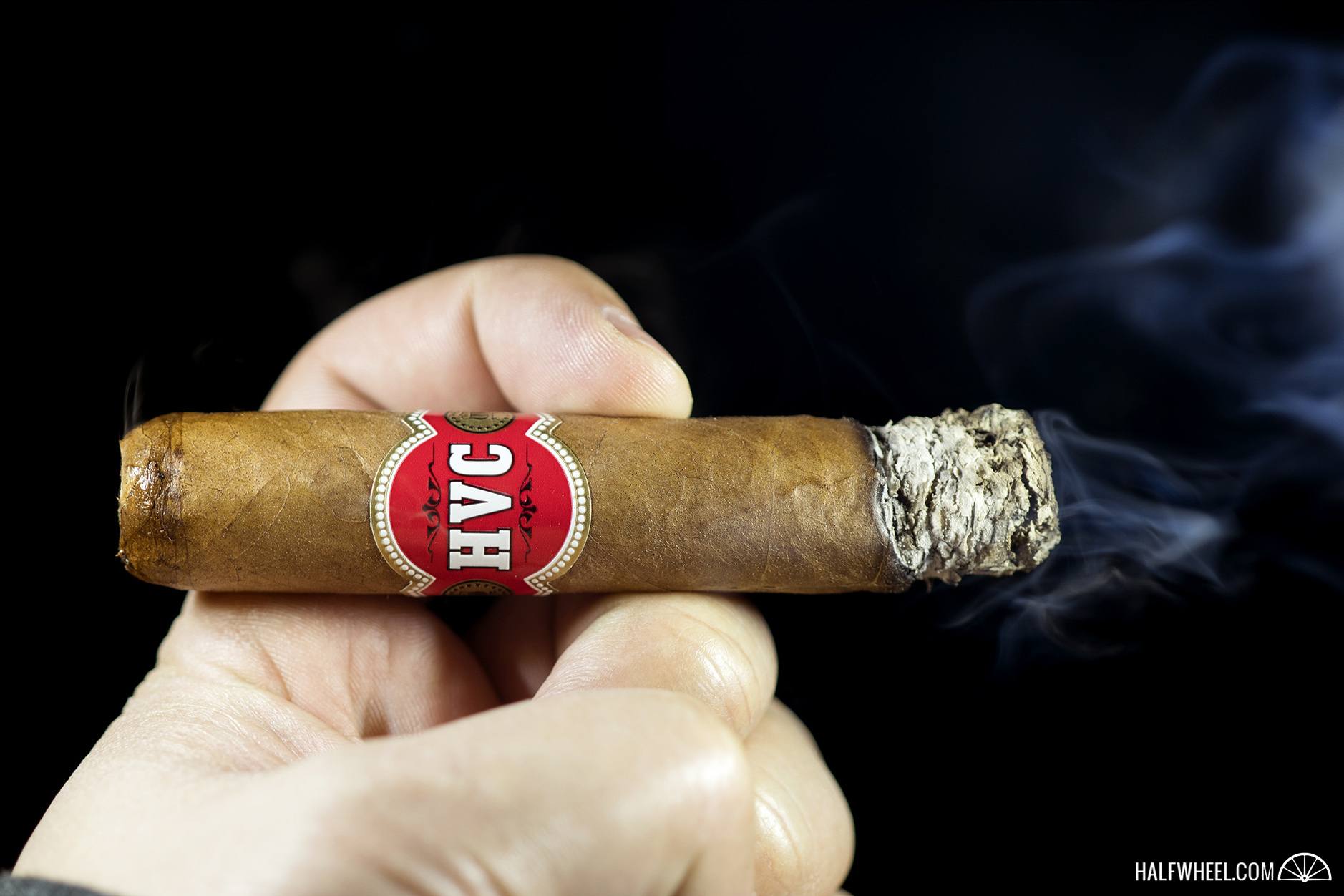 Grainy flavors pick up substantially in the second third. They are joined by some red wine, grapefruit, and touches of black pepper. I would still say the cigar is earthy, but it’s moving quickly towards more of a salted cracker flavor. The retrohale of the HVC is a bit muddied with earthiness, burnt meats, and cinnamon, a bit less intense than the core flavors, which are now full. Body has receded a bit to medium-full while strength remains medium-full. 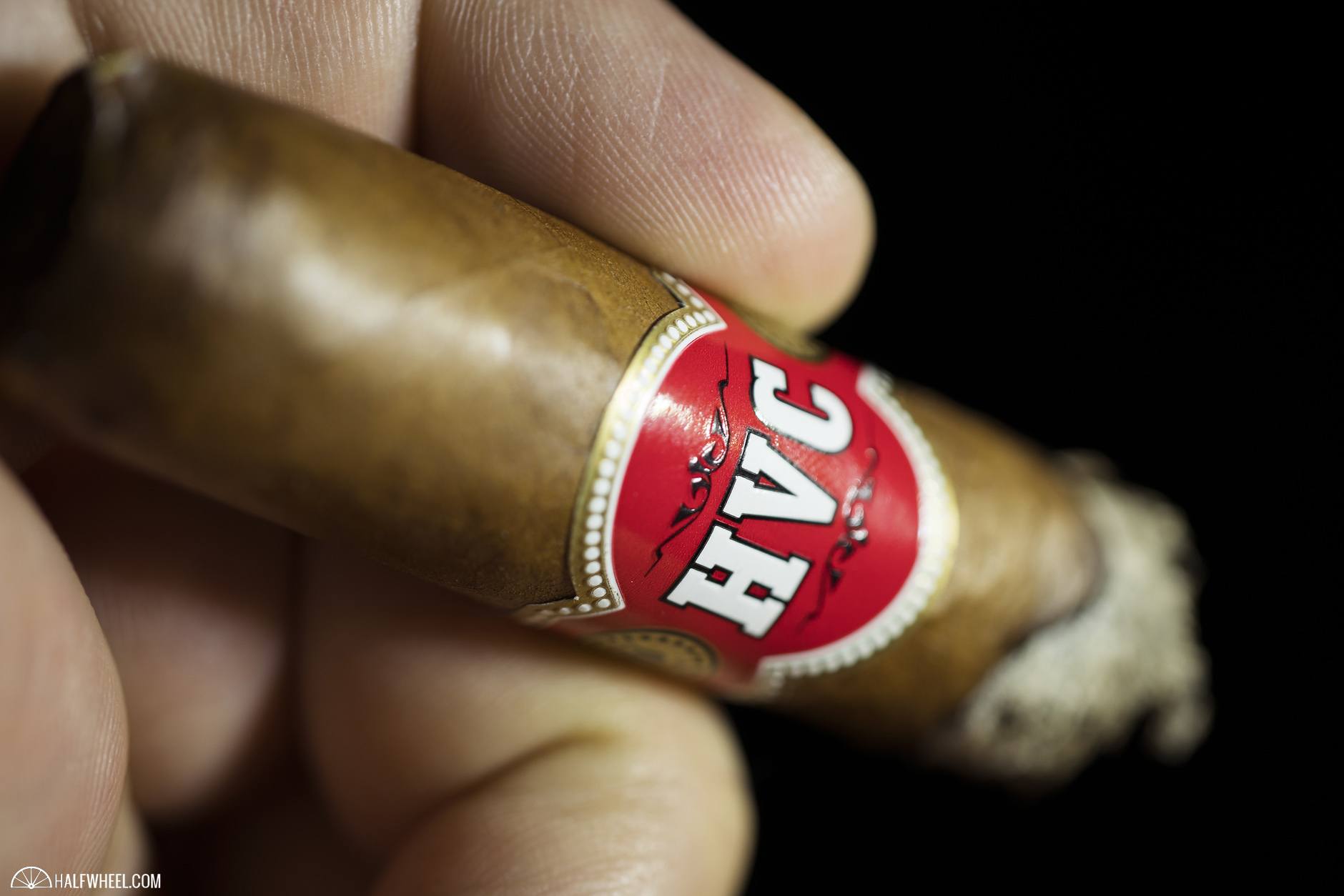 I would recommend drinking something by this point, but I have not. The HVC Black Friday 2017 gets much drier with a Ritz cracker flavor dominating over some burnt coffee, fading hints of earthiness, black pepper, and lemon zest. Under an inch, things get even drier and a bit more bitter with some mustard flavors emerging that are enjoyable. Unfortunately, at this point it’s sort of like trying to eat a loaf of bread without water. Flavor drops down to medium-full in intensity, matching the body and strength. 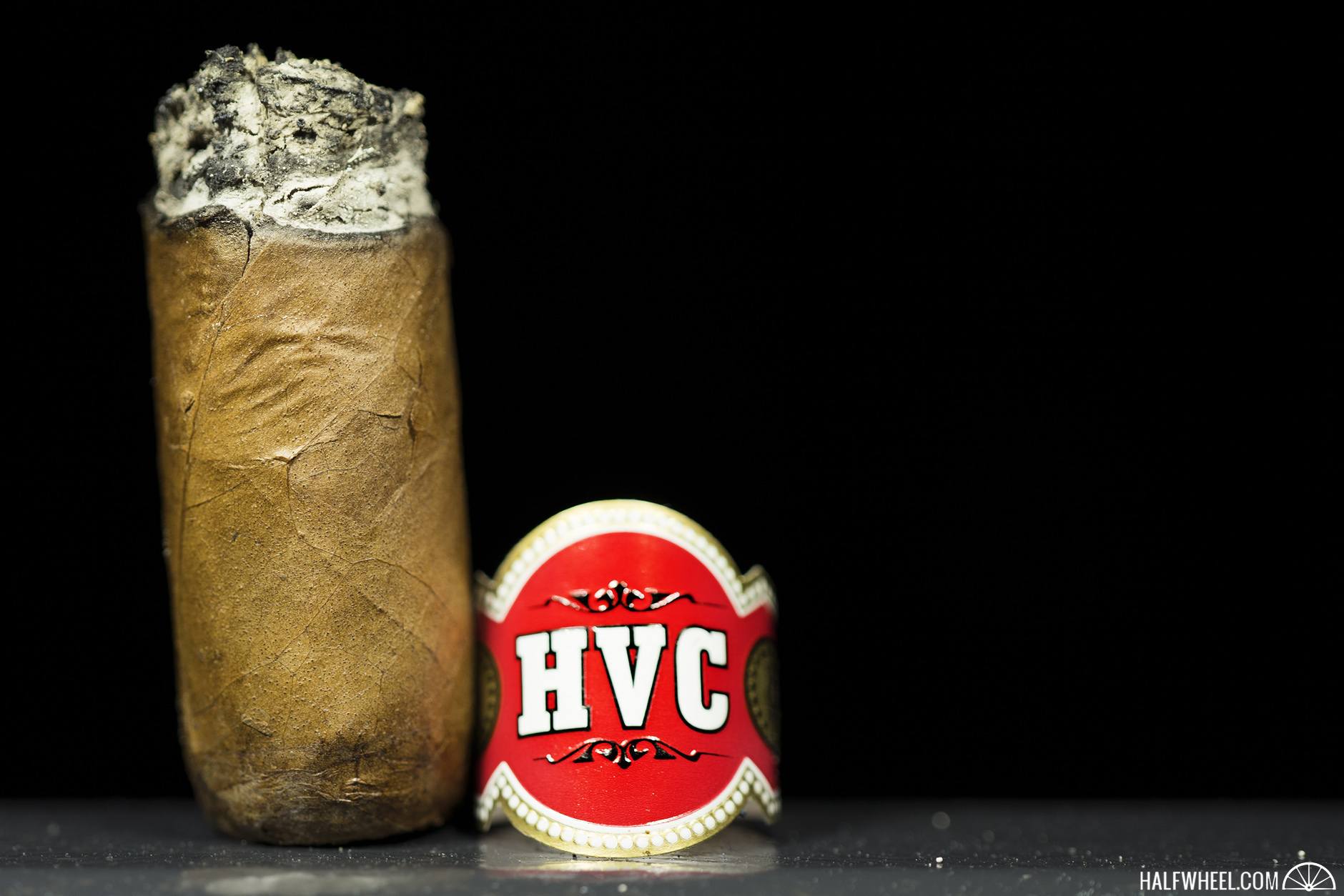 When I think of cigars to smoke after a big steak dinner, a bottle of red wine, and the inevitably whiskey, a 4 x 48 HVC isn’t what would come to mind. But while smoking the three samples, that’s all I thought about. This is a cigar that can stand up to the big flavors of a heavy meal and will probably shine when your mouth is coated in a fair helping of butter. It’s not a cigar that needs to be smoked then, but the size is definitely misleading. Most would likely assume this is a morning cigar, something I’m not inclined to agree with unless it’s midnight after the steakhouse or your day begins with a full English breakfast.