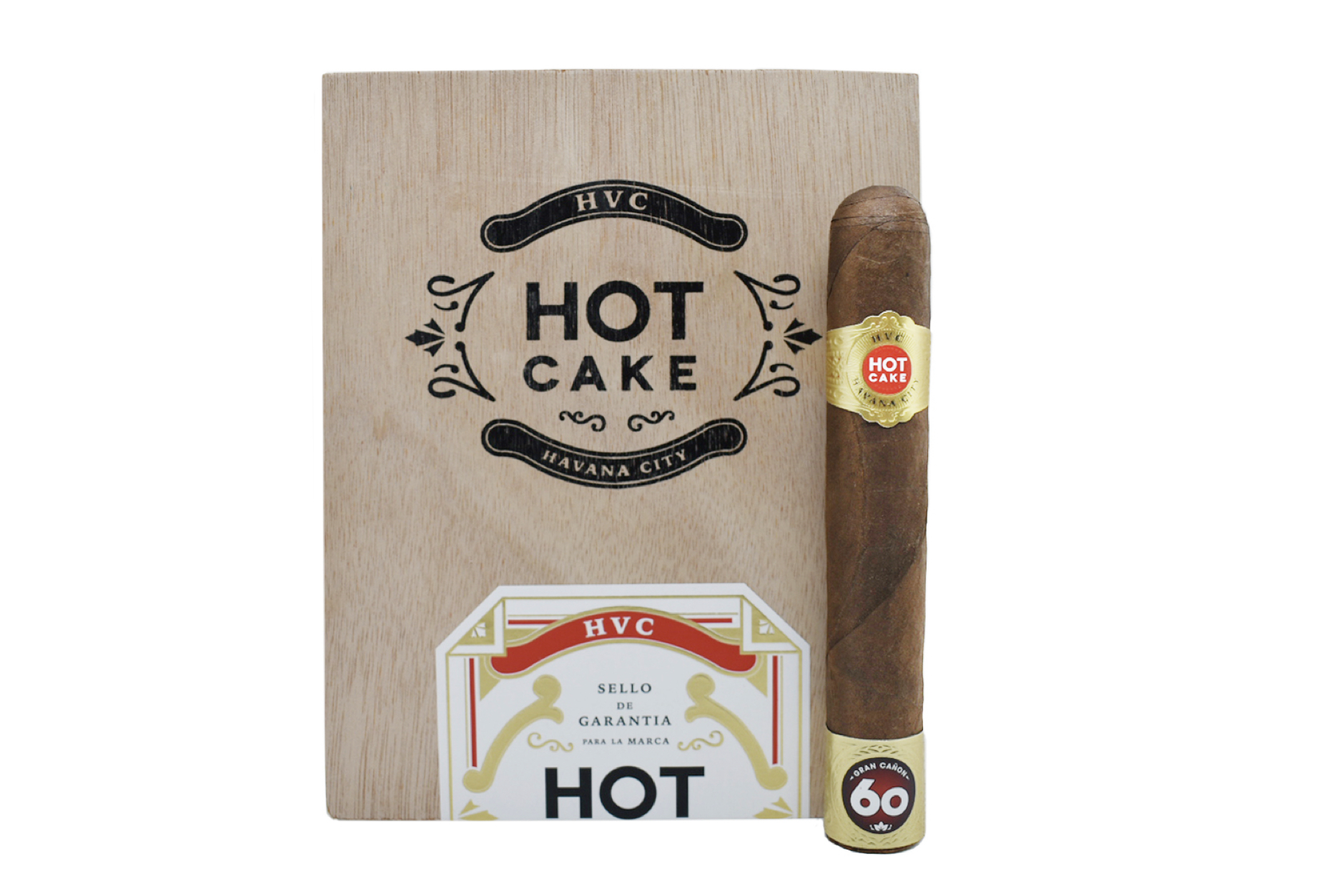 There’s a larger size of the HVC Hot Cake coming next month.

The HVC Hot Cake Gran Cañon is a 6 x 60 version of the company’s Hot Cake blend, which uses a Mexican San Andrés wrapper over a Nicaraguan binder and Nicaraguan fillers.

“The cigar will carry a secondary band in the foot of the cigar with the number 60 plus Gran Cañon name, to me it’s a big cigar, what looks normal today in the market,” said Reinier Lorenzo, founder of HVC, in a press release. It will be shown off at the 2021 PCA Convention & Trade Show, which takes place July 10-13 in Las Vegas. Lorenzo says the cigars should begin shipping to stores in July, following the trade show.

Hot Cake was launched last year, a follow-up to the HVC Pan Caliente, a limited edition release that debuted in 2016. Pan Caliente is Spanish for hot cake. While the names are related, the cigars and blends are not.