HVC Cigars is squarely in the latter.

The three letters are an abbreviation for Havana City, Reinier Lorenzo’s hometown, and multiple HVC releases have specifically referenced Cuba, its history and Lorenzo’s time there. One cigar is named after an infamous Cuban gangster and another is Lorenzo’s old address.

So it was of no surprise that when Havana celebrated its 500th birthday last year, HVC had a cigar for that too.

The HVC 500 Years Anniversary pays tribute to that, even if the name seems more likely to imply that the company is 500-years-old. It’s a Nicaraguan puro using tobaccos from AGANORSA, specifically a corojo 99 wrapper from Jalapa, a binder from Jalapa and fillers from Estelí and Jalapa.

It debuted in October 2019 in a single vitola, a 5 7/8 x 52 robusto extra, before the company announced two new sizes for 2020, bringing the total to three vitolas:

Of note, the Shorts size is only sold through Privada Cigar Club, a Florida- based monthly cigar subscription club that also sells cigars like a typical online store. The vitola being reviewed today—the Selectos—is sold at retailers nationwide. 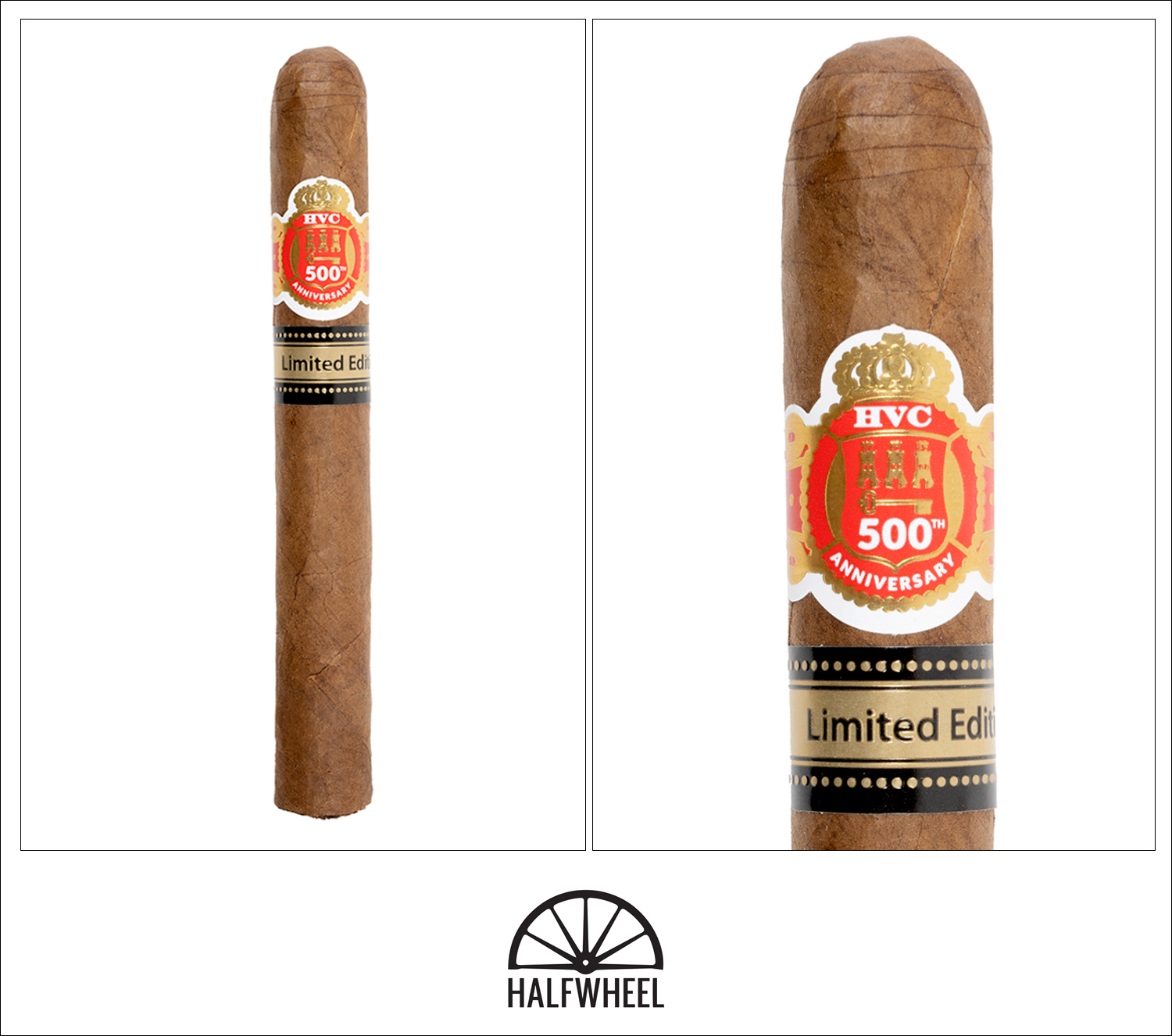 While the wrapper is a bit dull in terms of the amount of red hues, there’s a lot of oil on it. Once removed from cellophane, there’s an aroma of acidity, barnyard and a fruity sweetness I can’t place exactly. The foot smells sweeter with raisins, chocolate and nuts—kind of like opening up a package of trail mix. The cold draws are dominated by a chocolate ice cream malt flavor with some grassiness, wet leaves and acorns underneath.

Once lit, the HVC 500 Years Anniversary Selectos starts with wet leaves, acorns, charred meats and an acidic coffee. It’s medium-full and while there’s not a harshness, I wouldn’t say this is particularly smooth. Fortunately, the smoothing out process begins, though not to the point I’d like. That leads to a core of charred earth over pistachios, espresso, leather and acidity. I think if you’d want to describe this as a toasty coffee profile—maybe not burnt coffee—it would be a fair description. The finish has leather, cardamom, espresso and an umami flavor, though the latter seems a bit misplaced. Retrohaling provides a great contrast with flavors of fruitiness, creaminess and a generic nuttiness. The finish of the retrohale—both in comparison to the rest of the flavors and the initial retrohale—is a lot drier. Flavor is full, body is medium-full and strength is medium-plus. Construction is a bit all over the place in terms of burn: one cigar smokes flawlessly, another shows signs of tunneling and another one is burning rather unevenly.

A generic nutty flavor and the espresso pick up quite a bit in intensity, though for most of the second third a toasty earth flavor remains the most dominant of the group. Fortunately, the smoothing out of the profile continues and, at times, I can pick up some juniper, though the profile is rather similar to the first third. The finish adds nuttiness and mild amounts of white pepper, though it’s hard to escape the toastiness. Retorhales are now led by nuttiness on top of toastiness and leather. The finish of the retrohales are creamier and eventually conclude with an armaretto-like sensation. Flavor is medium-full, body is medium-full and strength is medium-plus. Construction continues to be a sort of luck of the draw—two cigars are fine while one needs a touch-up—though at this point I’ve had to use my lighter on all three samples. If I wasn’t smoking this cigar for review, I’d probably be using it more to help smoke production, which is trailing off. There’s finally a reprieve from the dominant toasty flavors in the final third of the HVC 500 Years Selectos. That being said, toastiness is still there, though now integrated with earthiness, leather, nuttiness and a lemon-infused creaminess. For the first time, it feels like the cigar has found a reasonable balance and settled into a groove. The finish is drier with both creaminess and a growing vegetal flavor. Retrohales have lemon and creaminess—now isolated from each other instead of intertwined—over top of herbal and mineral sensations. Two cigars need touch-ups, one to fix an uneven burn and the other to prevent the cigar from going out. 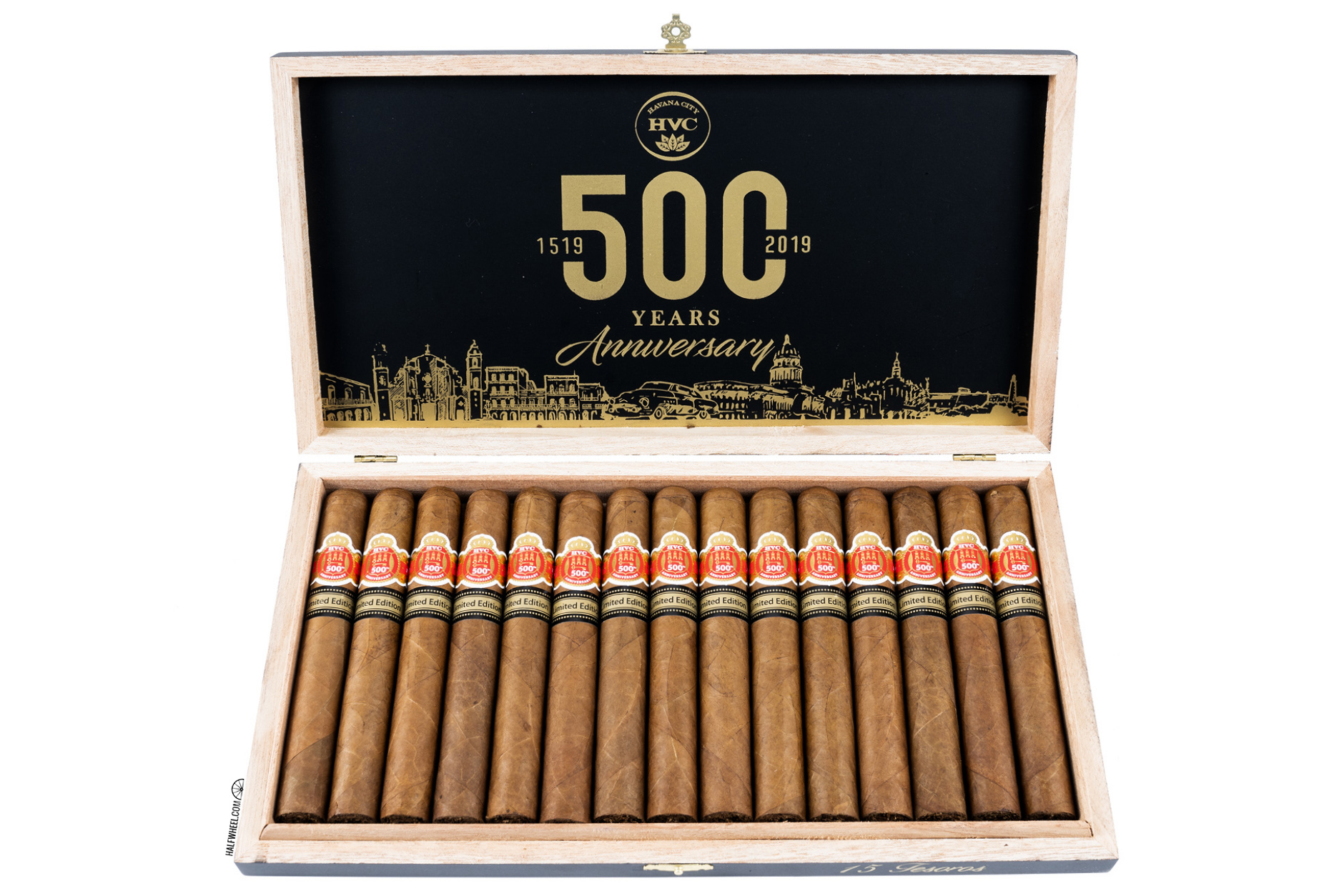 The HVC 500 Years Anniversary Selectos is not as good as the original version. For the first time in a while, perhaps ever, I was smoking an HVC release that had issues with balance. During most of the first two thirds I wished the toastiness would have been dialed back to allow the other flavors to shine. The good news is that I suspect that this issue will go away with some time in the humidor and some of the flavors calming down.