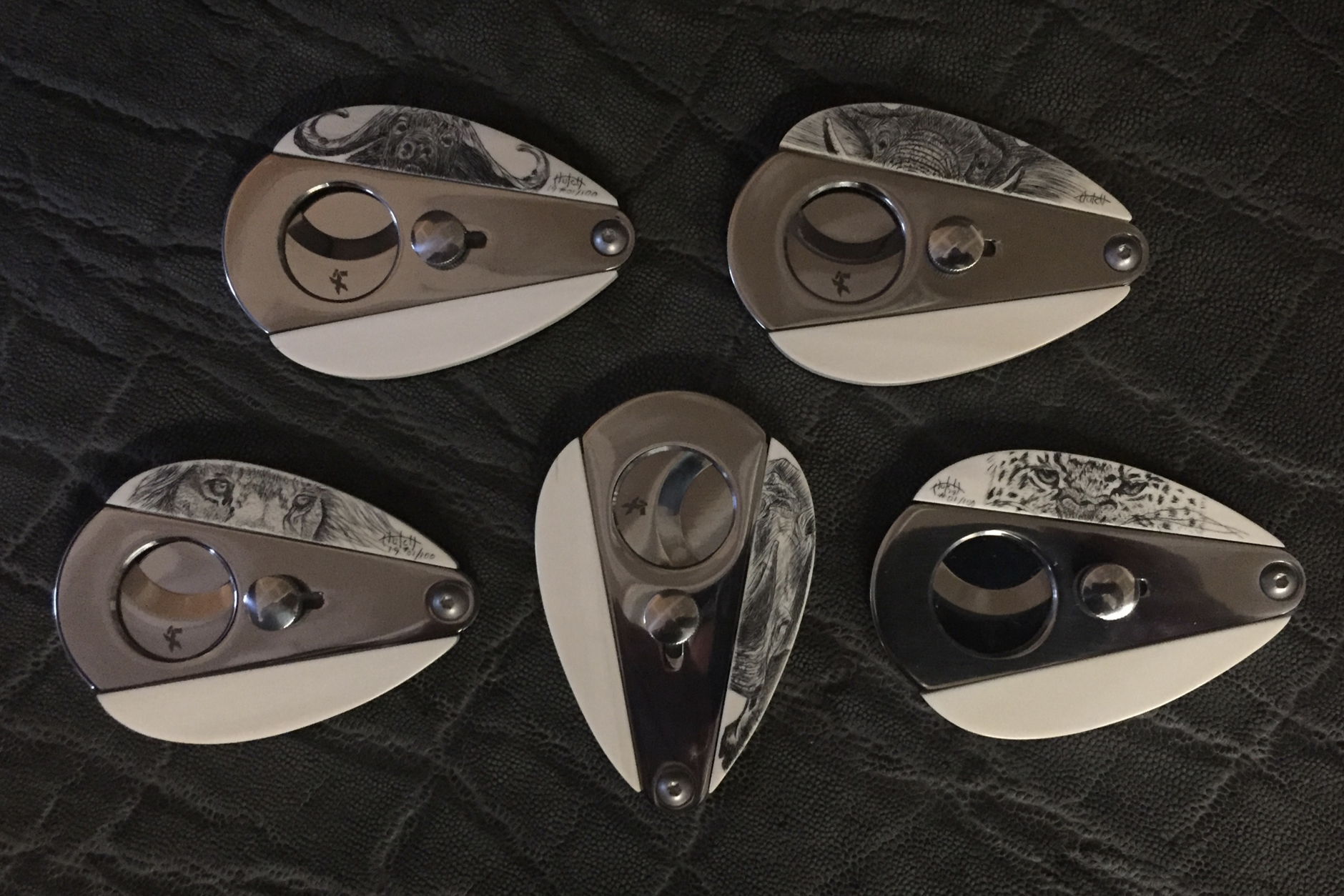 HutcH Studio has a new collection of hand-carved cutters, this time paying tribute to Africa’s most famous big game animals.

The HutcH Studio Africa Big Game Series is a series of five different designs— lion, leopard, rhino, elephant and Cape buffalo—collectively known as the Big Five game. Each cutter starts with a XIKAR Xi base before custom handles are added.

HutcH Studio is known for scrimshaw, engraving or cutting of bone or ivory; however, this release doesn’t use natural ivory. Instead, it uses alternative ivory on African Blackwood. The use of the alternative ivory is in an effort to not promote the poaching of elephants for their ivory tusks.

The cutters will debut at the 2019 IPCPR Convention & Trade Show, which begins June 29 in Las Vegas.

Update (June 14, 2019) — The name of the collection has been changed to “African Big Game” Series due to a trademark concern. It was previously known as the “Africa Big 5 Collection.”