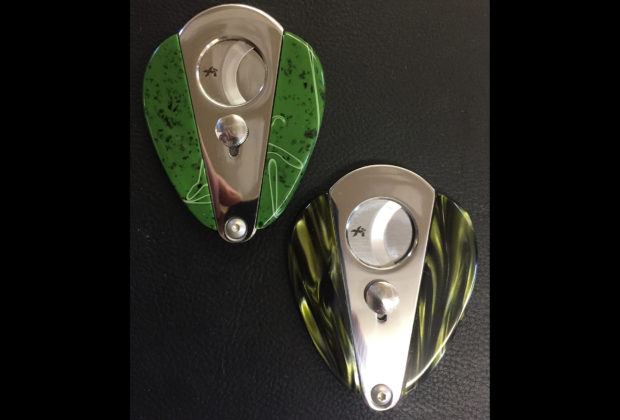 Rick Hutchings may be best known for his scrimshaw work in wood and fossil, but he’s been known to venture into other materials as well, and today announced that he’s releasing two new color options for cutters with Kirinite handles. Kirinite is an advanced acrylic material with thin strands of poly paper swirled in during the production process. It has become popular in the past decade or so for use in knives and firearm grips. For the two new colors, Hutchings is offering Pepper Jade (left) and Venom. The Venom will be available on an ongoing basis, but the Pepper Jade is limited to just 10 pieces due to it being discontinued by the company that makes Kirinite.

Both cutters are priced at $250 and feature a Xikar Xi3 cutter, with a hand sewn leather pouch included for protection while transporting. They are available directly through HutcH Studio.