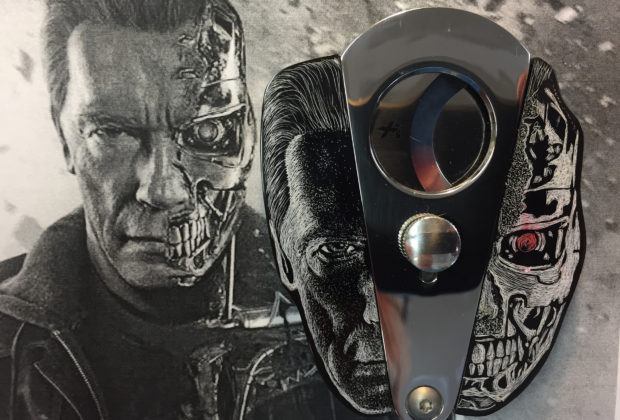 In advance of a new installment of The Terminator movie franchise, Rick Hutchings of HutcH Studio is paying tribute the central character played by Arnold Schwarzenegger, with a new cigar cutter. 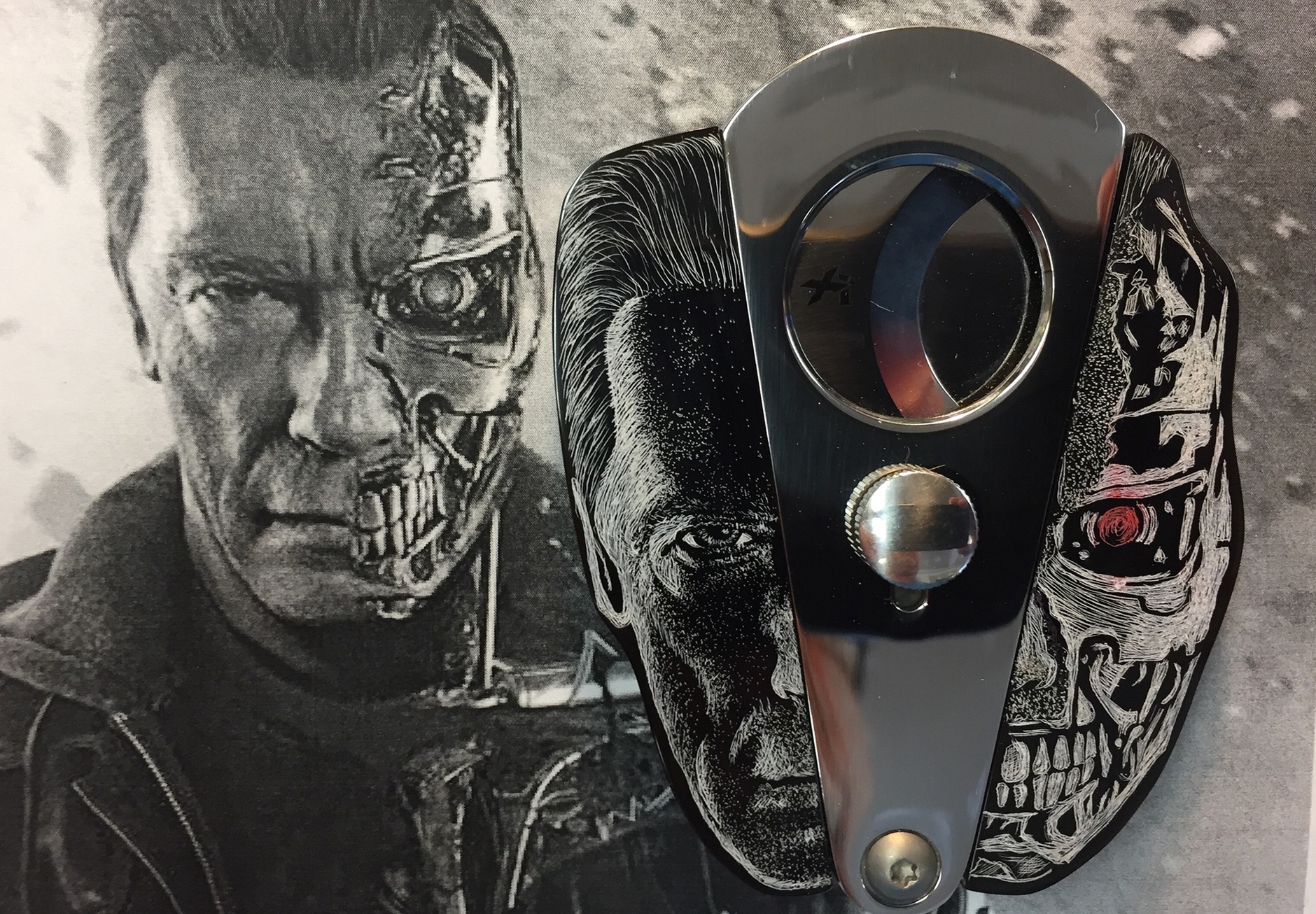 Simply named TERMINATOR, the cutter is made with buffalo horn and reverse scrimshaw art. It comes with a hand-sewn, black, biker’s leather pouch for protection while transporting it. Hutchings is producing 250 cutters, each individually numbered and priced at $500. He told halfwheel that there are still some low numbers remaining, which can be ordered via his website.

Additionally, there will be ten artists proofs produced, with Schwarzenegger receiving number one.