In early April, General Cigar Co. launched a new line to celebrate the 150th anniversary of the Hoyo de Monterrey brand. Rolled at General Cigar’s factory in Honduras, the Hoyo de Monterrey Edición de Cumpleaños 150 is a 6 x 54 box-pressed toro that incorporates binder tobacco from Ecuador, fillers from Nicaragua and is covered in a proprietary habano shade wrapper grown in Estelí, Nicaragua.

The press release has a bit more information on the release:

The cigar is a study in contrasts, with a hearty, well-oiled leaf that burns to a strong, yet sweet smoke for an unparalleled taste experience.In a nod to the future of the brand, the cigars will be housed in a sleek, 15-count box bearing a modern interpretation of the Hoyo de Monterrey logo. 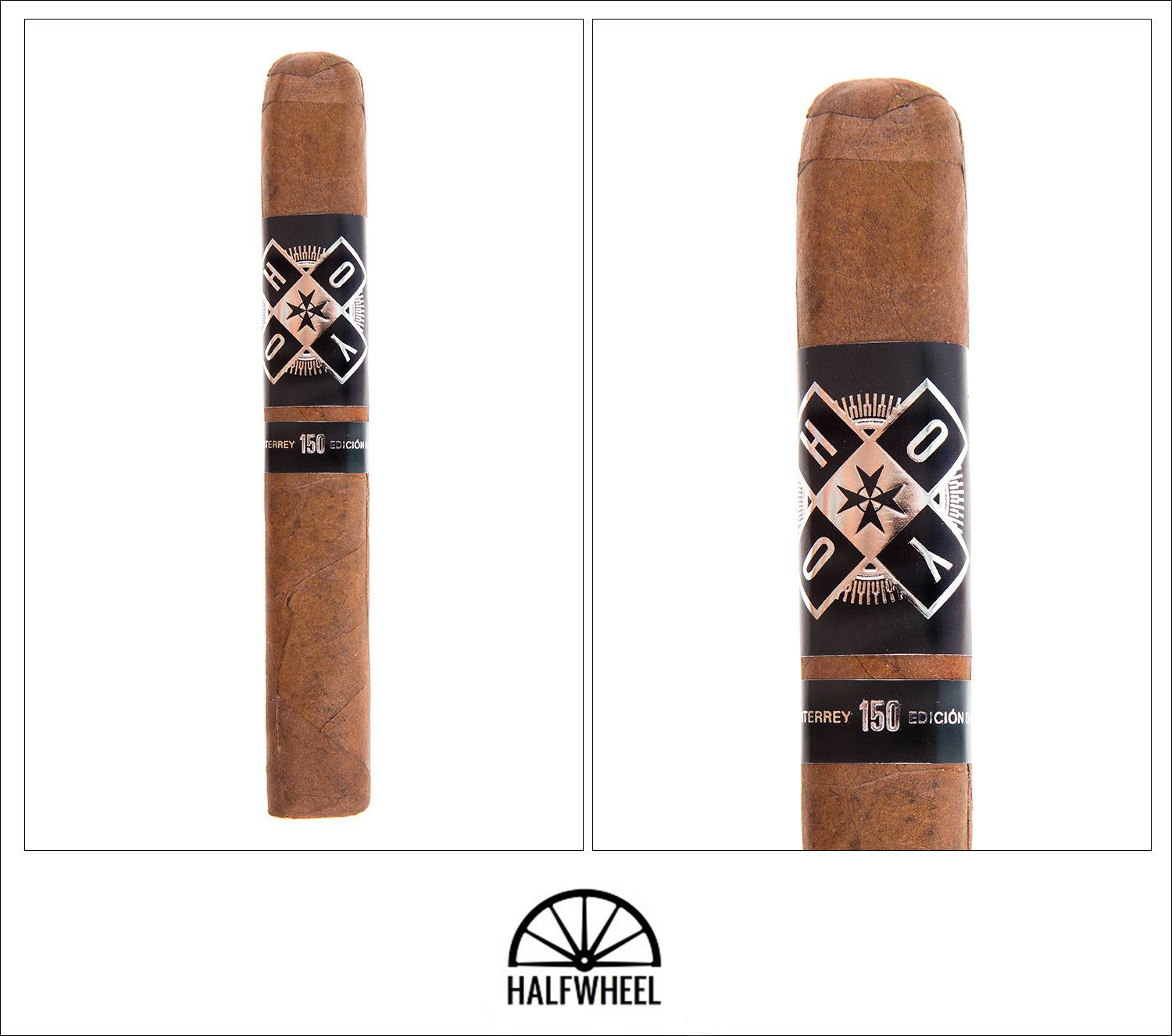 The Hoyo de Monterrey Edición de Cumpleaños 150 is covered in a splotchy reddish brown wrapper that is smooth to the touch, with almost no tooth at all and a few obvious veins visible. It is quite firm when squeezed, and there is a noticeable shimmer from the oil that is present. Aroma from the wrapper is a combination of sweet resins, tobacco, earth, oak and dates, while the cold draw brings flavors of rum, aged oak, sweet tobacco, espresso and sweet raisins, along with a touch of pepper on my tongue.

The Hoyo de Monterrey Edición de Cumpleaños 150 starts off immediately with overt flavors of tobacco, earth, anise, dark chocolate, aged oak and grass, along with a touch of indeterminate sweetness. There is some significant black pepper on the retrohale, but no spice at all that I can detect so far, and the finish has some creaminess to it. Smoke production is massive and indeed is almost overwhelming at times even when smoking outside and both the burn and draw are excellent so far. The overall strength is aggressive to start, but runs out of steam early and ends up barely hitting the medium by the time the first third ends. 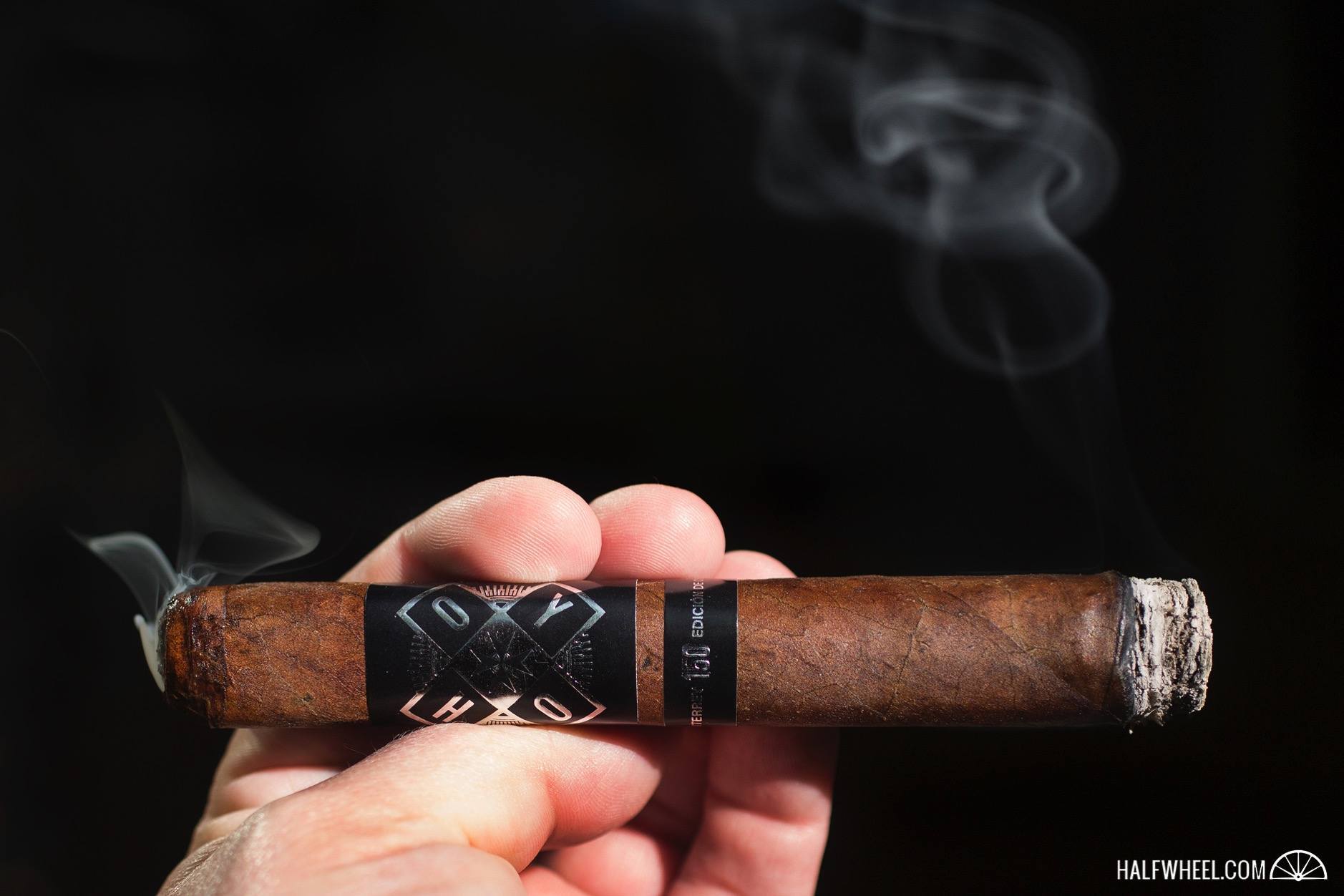 The finish becomes significantly more creamy during the second third of the Edición de Cumpleaños 150, and while the sweetness is still too light to place a name to it, the combination of the two flow nicely with the other flavors in the profile of leather, toast, oats, coffee, oak and licorice. Construction-wise, the draw remains wonderful, but the burn has started to waver, forcing me to touch it up a couple of times to keep it from getting worse. There is noticeably less pepper on the retrohale after the halfway point and the smoke production continues to flow heavily. While the strength has increase a touch, it is nowhere near what occurred in the first third and it ends the second third still firmly in the medium range. 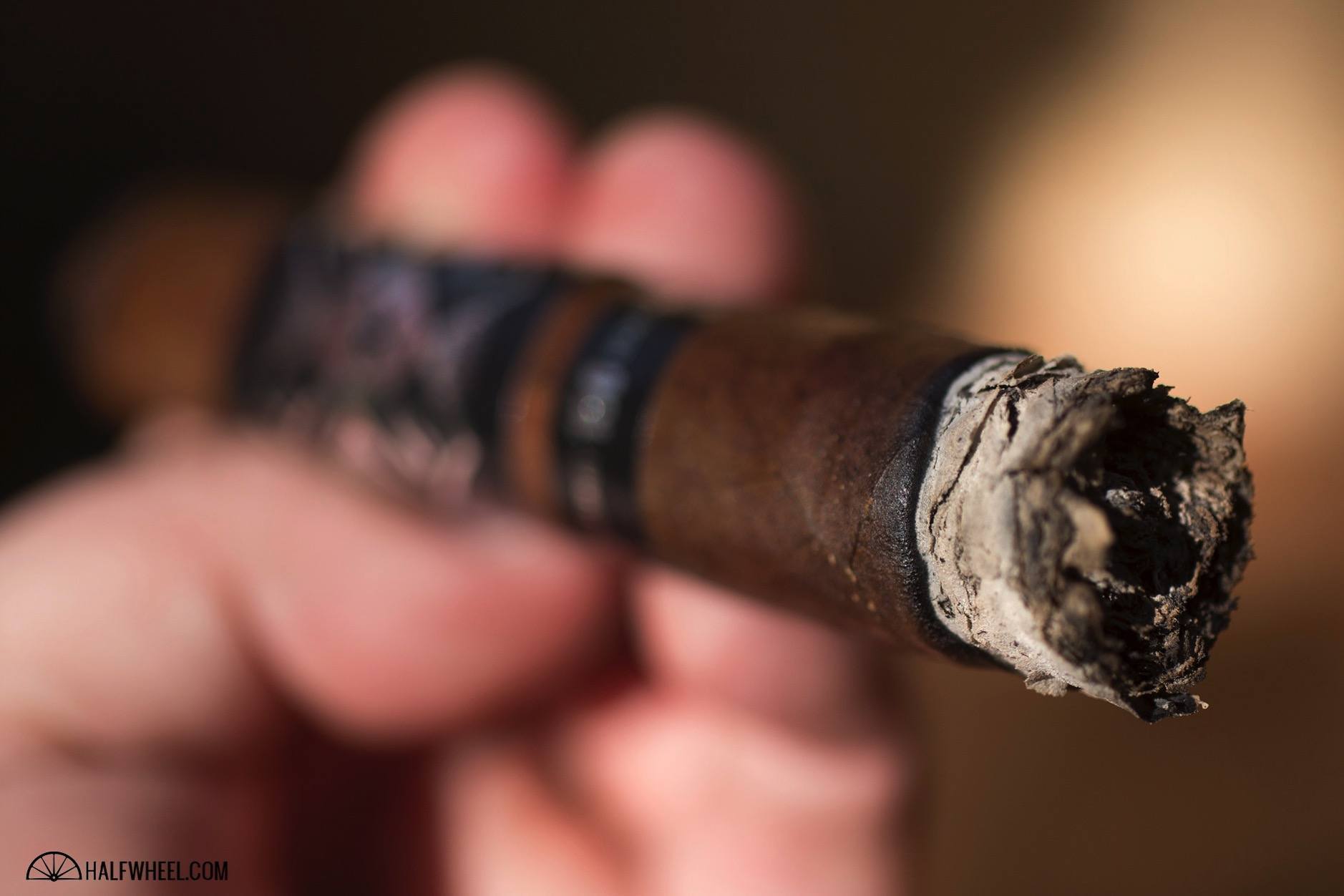 The final third of the Hoyo de Monterrey Edición de Cumpleaños 150 is pretty much a carbon copy of the second third, with the same creaminess on the finish, the same indeterminate sweetness and the same amount of pepper on the retrohale. The flavors that are present close to the same as well with a aged oak and leather combination leading the way followed by earth, floral, cloves, peanuts, espresso and dark cocoa, and the slight sweetness has disappeared completely. The burn has evened up nicely and stays that way until the end, and the draw continues to impress, while the smoke production seems to have calmed down a touch. Strength-wise, the Edición de Cumpleaños 150 ends up remaining solidly in the medium range by the time I put the nub down with less than an inch left. 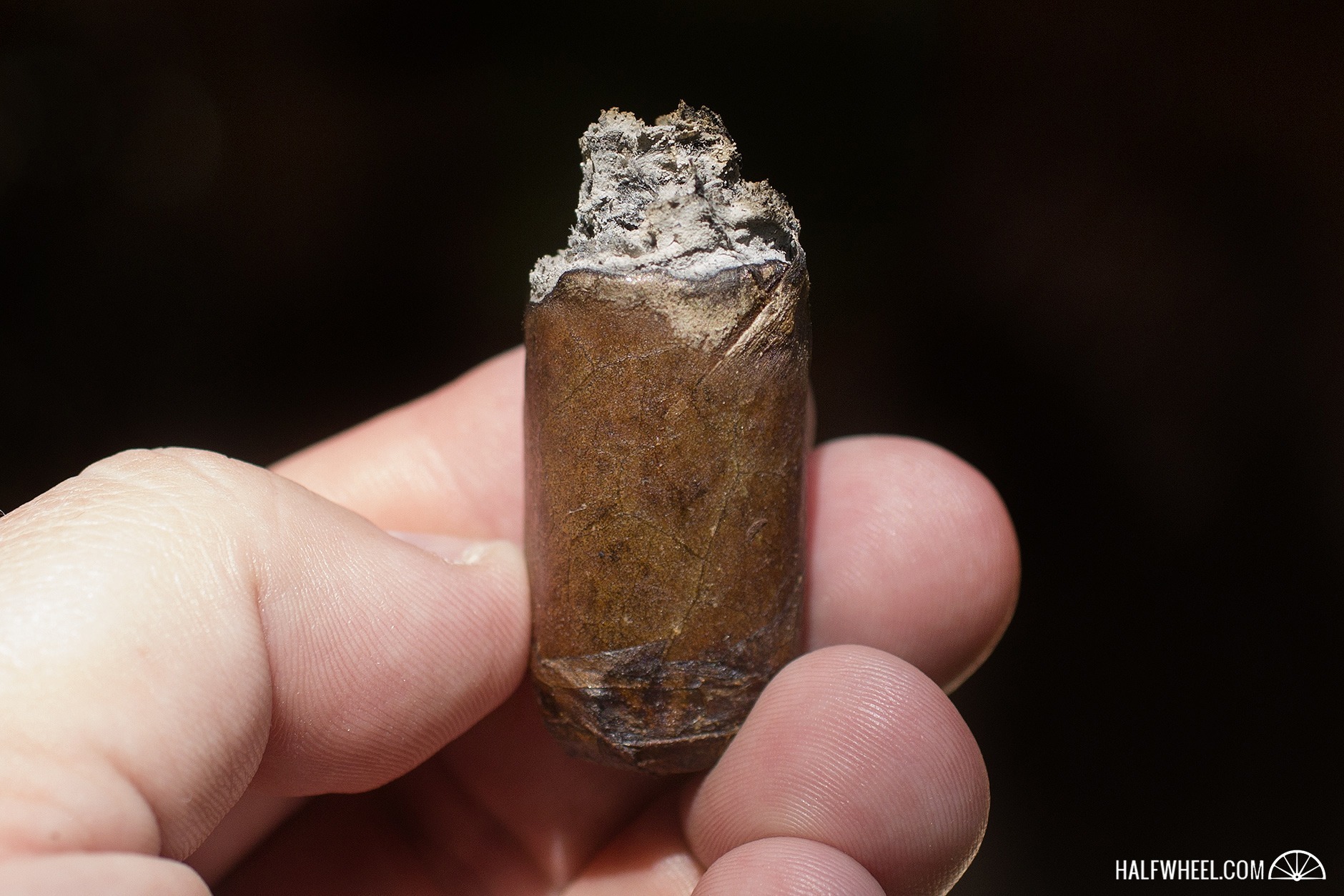 I have to say, when I first saw the new logo of the Hoyo de Monterrey Edición de Cumpleaños 150, I was a bit taken aback, but as I continued to smoke my samples, it grew on me. Profile-wise, the new cigar features a decent combination of flavors that work well together, along with a finish that becomes increasingly more creamy as it progresses. No, there is not much complexity to the flavors, but the flavors it does have are enjoyable, and the construction is good enough to not cause any issues. A solid release and one I can recommend trying, especially considering the wallet-friendly price tag.