This year both of the Caldwell Cigar Co. and Room101 collaborations that debuted last year got follow-ups. The three-part collaboration with A.J. Fernández, The T., received a Connecticut version; while the original Hit & Run got a second version, known as Part Deux.

There’s not much else to say about Hit & Run Part Deux. While both companies are normally quite forthcoming with blend descriptions, we were only told that Hit & Run Part Deux, also known as Rip&Dip, has a Habano wrapper and fillers from the Dominican Republic, Nicaragua and the U.S. It’s offered in four sizes, with the Almost Robusto being the only one identical to the original Hit & Run, which also used a habano wrapper. While it might officially be called Almost Robusto, the size is more like Pretty Much Robusto and that would be even closer if I used the Cuban description of the size instead of the Americanized 5 x 50 dimensions. Aroma off the wrapper is pretty mild with some sweet chocolate. The foot is much stronger with a familiar sweet cocoa, sweeter grape, cedar and no real pepper. Intensity-wise, the cold draw is somewhere between the two with cocoa, vegetal flavors and some orange peels.

Given the lack of consistency with the pre-light ritual, I didn’t really have any expectations about how the cigar would start. As it turns out the second Hit & Run begins very bready with some woods, a touch of mineral flavors and some wet leaves. For most of the first inch, it would appear that those flavors are going to change, but it ends up being a pretty similar experience by the end of the first third. Earthiness is the easiest way to describe the profile, with wet leaves and burnt bread slightly behind. Retrohales are much more interesting: orange bitters, bark, wet leaves and a bit of ginger ale. The flavor and body are both medium-full, while strength is nearly full. Construction is excellent on all three cigars, though one of them needs a second round of toasting upon initial lighting. For the first half of the second third, not much has changed with the Hit & Run. It’s still quite earthy, though there’s more toastiness and meatiness. Also of note, the wet leaves flavor has left. The retrohale is still quite toasty with Dr. Pepper, lemon bread and some bread flavor that varies between soggy pizza and pita bread. After the halfway mark, a decadent creaminess begins to add itself into the main flavors, outdoing any complexities the retrohale attempts to provide. Flavor and body remain medium-full, while strength dips a bit to medium-full. Construction continues to be great with the smoke production on one sample bordering on Liga Privada levels. 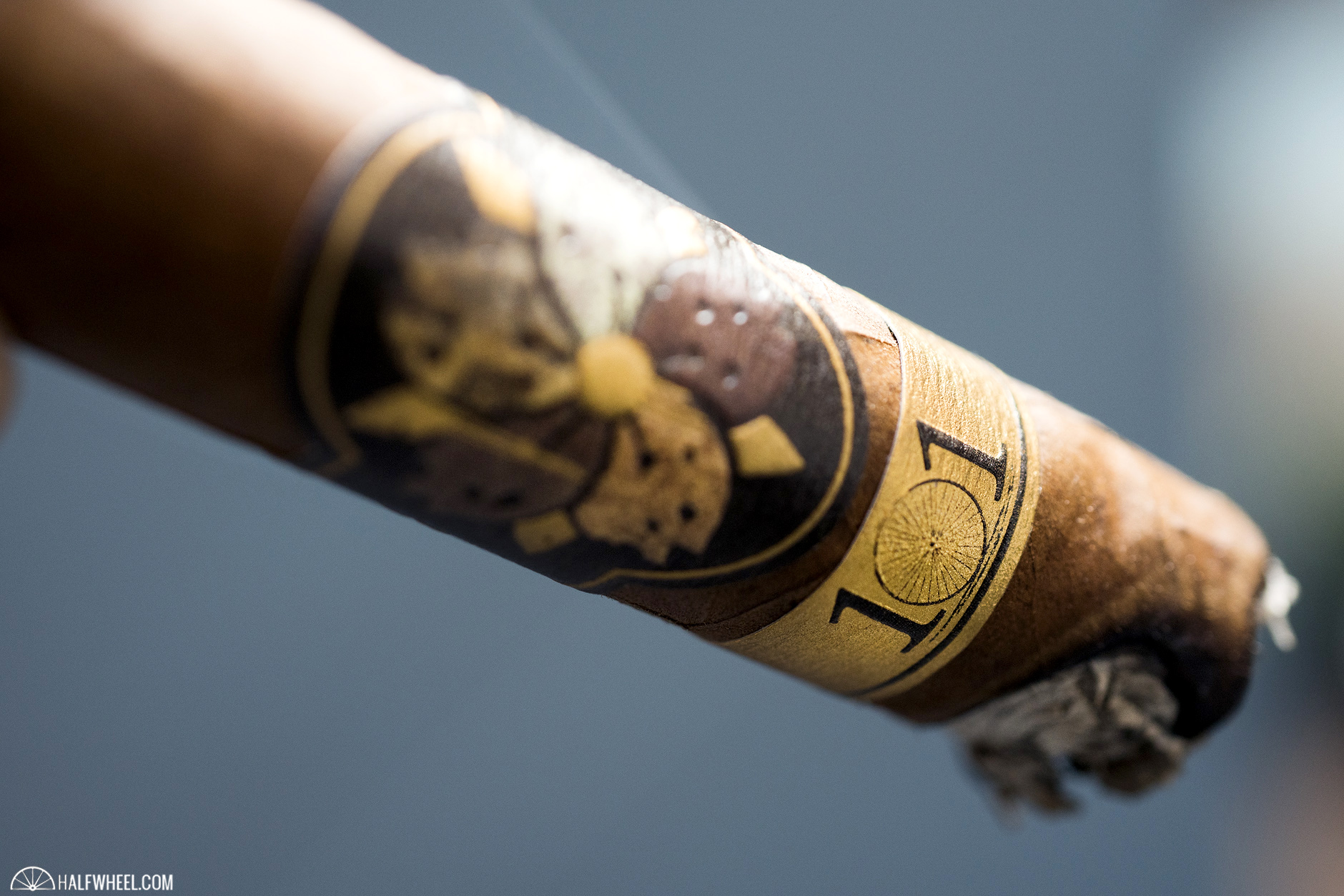 The final third of the Hit & Run Part Deux Almost Robusto couldn’t be more different than the first third. That creaminess that had begun to play a major role in the second third is now the dominant flavor in the mouth. Underneath it are peanuts and a heavily reduced earthiness. The retrohale has some Dr. Pepper flavor, though there’s also a bizarre plastic flavor to it, something that was found on all three cigars. Fortunately, it’s quite mild in the grand scheme of things. Flavor and body both pick up to full, while the strength remains medium-full. The new Room101 blends have been largely hit or miss, the latter due in large part to balance issues. Fortunately, Hit & Run Part Deux is perhaps at its best when it comes to balance, particularly in the second half. This is the best of the Room101 2.0 blends I’ve smoked and honestly, one of the better Room101s I’ve ever smoked.