Whenever a company adds a new vitola to an existing line of cigars, it is almost always interesting to see what that new size is, and then either try to figure out why it was added, or hear the explanation from the brand’s owner.

In the case of the Hiram & Solomon Veiled Prophet line, in April 2020, the company added a third size, and were the brand a bit more well-known, it would seemingly have generated a more audible oooooohhh from a certain segment of the cigar smoking community. That’s because the company added a 7 x 38 lancero to the existing sizes, both of which are much thicker.

The Hiram & Solomon Veiled Prophet line uses a Brazilian Arapiraca colorado wrapper, Indonesian binder, with a filler made up of Estelí-grown habano and Jalapa-grown habano ligero from Nicaragua, as well as tobacco from Paraguay.

According to the company, the line gets its name from the Mystic Order of Veiled Prophets of the Enchanted Realm, which was created in 1889 by LeRoy Fairchild and members of a Masonic lodge in Hamilton, N.Y., out of an expressed desire of lodge members “for diversions from the mundane concerns.”

It was originally known as the Fairchild Deviltry Committee, and it was said to be a popular idea when launched. The following year, members instituted the Supreme Council of the Mystic Order of Veiled Prophets of the Enchanted Realm, with membership limited to Master Masons in good standing. 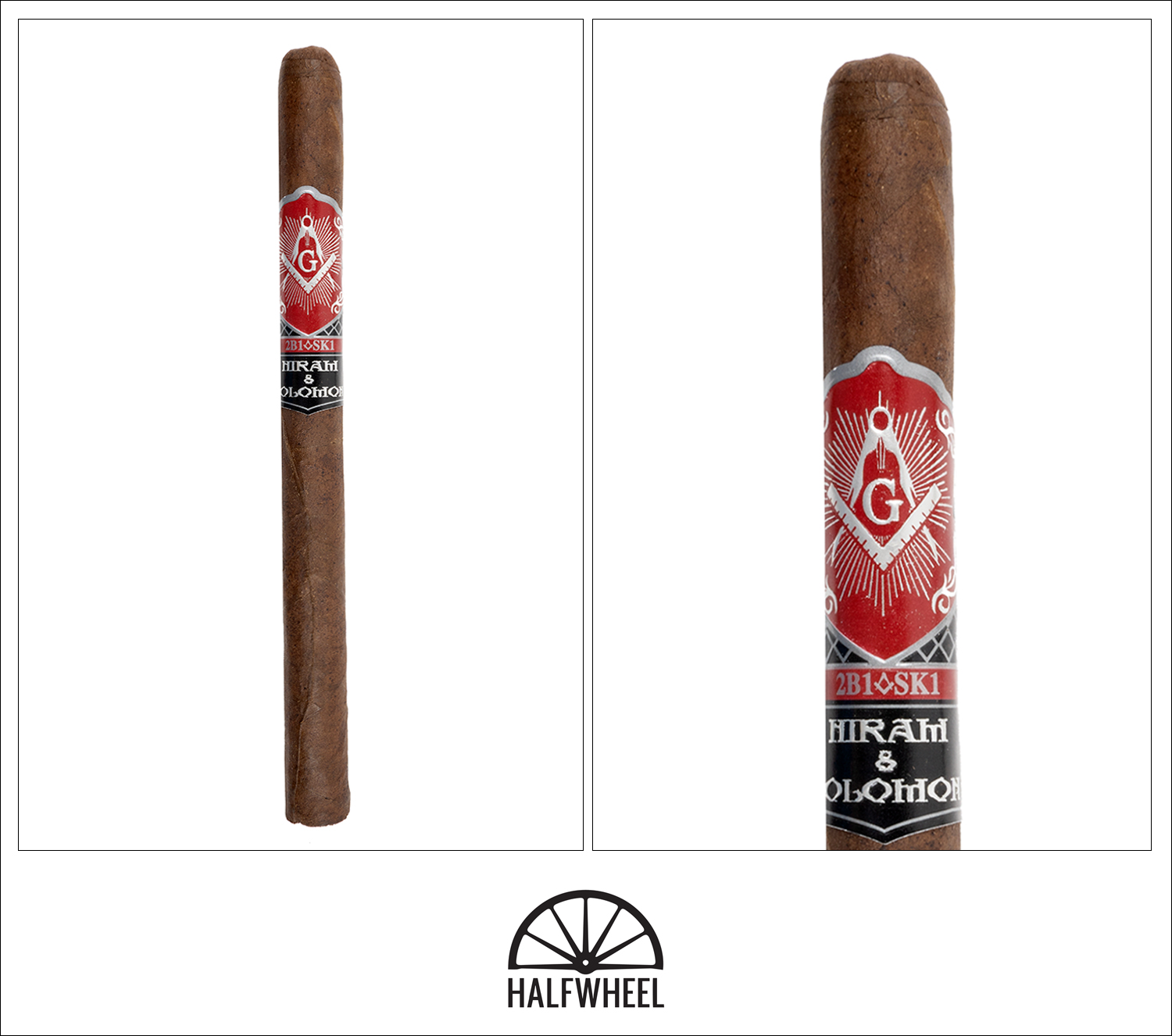 The Hiram & Solomon Veiled Prophet Lancero is a good looking lancero; visually well-rolled and well-capped, while the leaf is a wonderfully even colored, dark, earthy brown with some noticeable veins and a just barely visible seam line. There’s a bit of consistent give to the cigar from its from head to its foot; I would call one sample a bit soft, while on average it feels a bit softer than the industry average, something possibly exacerbated by my smoking a number of very firmly rolled cigars recently. The foot of the cigar offers a mix of baking spices, earth, woods, warm Dr. Pepper, and a pinch of black pepper that results in an impressively complex aroma and has my mind guessing what all it is that I am smelling. The cold draw adds in a bit of Hershey’s Special Dark chocolate to the top of that list, maintaining the other flavors but reducing their individual contributions. The airflow is a bit firmer than what I would call ideal, though I don’t find it problematic.

The Hiram & Solomon Veiled Prophet Lancero isn’t shy about starting out with some good flavors, a mix of sweet wood, black pepper, and a somewhat generic but still enjoyable tobacco flavor. Some samples aren’t as organized in getting out of the gate, and the flavor stumbles a bit. Retrohales are a bit more straightforward with a mix of black and white pepper that proportionally leans towards the former. The flavor intensity builds as the first clump of ash builds, with the flavor picking up a bit of sweetness and some brighter black pepper on the palate. One sample still struggles to get its flavors in order, with the black pepper surging ahead and stinging both the nose and mouth. Towards the end of the first third, retrohales pick up a bit of cedar to enhance its balance and complexity as the white pepper begins to even up and even drive the sensation. Construction is very good, though the ash strength is pretty typical for a lancero, meaning you won’t want to let it get too big unless you don’t mind cleaning it up. Flavor, strength and body all hover in the medium-plus to medium-full territory, depending on the sample and specific puff. The second third of the Hiram & Solomon Veiled Prophet Lancero brings about a hearty and occasionally damp woodiness as well as hints of warm cola, though there doesn’t seem to be a noticeable change in sweetness. The Hershey’s Dark Chocolate makes a bit of a return, not quite as distinctly as I picked it up prior to lighting, and it now tastes like I recall it after starting to melt a bit in the mouth as opposed to that first bite taste. Regardless, it’s there, and that’s a win for me and my palate. Through the midpoint, I’m impressed with the ability of the flavor to be fairly full but not overpowering, even if it feels a bit disorganized at times, with the individual components seemingly pulling my taste buds in different directions. Black pepper begins to reenter the profile and give the tongue a bit of a tingle, while retrohales are brighter, cleaner and crisper, with white pepper extending the tingle out longer than it lasts on the tongue. A bit of damp bark comes along in the final puffs of this section, giving the profile an interesting and heavy funkiness that doesn’t quite sit well, which seems to combine with increasing nicotine strength to elicit a more noticeable physical response. Construction is still very good, smoke production is plentiful, and there are no issues with the combustion or draw. The Hiram & Solomon Veiled Prophet Lancero starts its final third with a bit of roughness, though I’m more inclined to say it’s a lack of smoothness as opposed to overt robustness or gruffness. It’s not inherently irritating on my taste buds, but it leaves a mix of dense woodiness and some tingling black pepper that increasingly calls for water as the flavor lingers. One sample also has a bit of funk or sourness, depending on your definitions, neither of which agree with my taste buds and the back of my throat. Things settle down a bit on the palate as some creaminess starts to enter, though the pepper is still bright on retrohales. The final two inches or so bring about some more noticeable changes, the biggest being that the strength has increased into full territory, while body and flavor varies between medium-full and outright full, though in the case of flavor, it’s not the good kind of full for much of this section. There’s a bit of chalk in the final puffs as well, and while the profile had gotten more organized earlier, it is definitely unraveling in these final puffs, much to the score’s detriment. After smoking three of the Hiram & Solomon Veiled Prophet Lancero, I have no doubt that there is a good cigar somewhere amidst everything, yet I’d probably need to pluck a third from each of the three cigars I smoked and somehow assemble them to get the best of what the blend has to offer. While there are some shared experiences among the three samples, the range of how each cigar executed them varied quite a bit, leading to questions about consistency and thus just how much I might recommend it. One thing that was consistent was the technical performance, which was quite good, even with fairly delicate ash. The Hiram & Solomon Veiled Prophet Lancero has enough promise to suggest trying it, though enough inconsistency means doing so with a bit of guarded optimism.