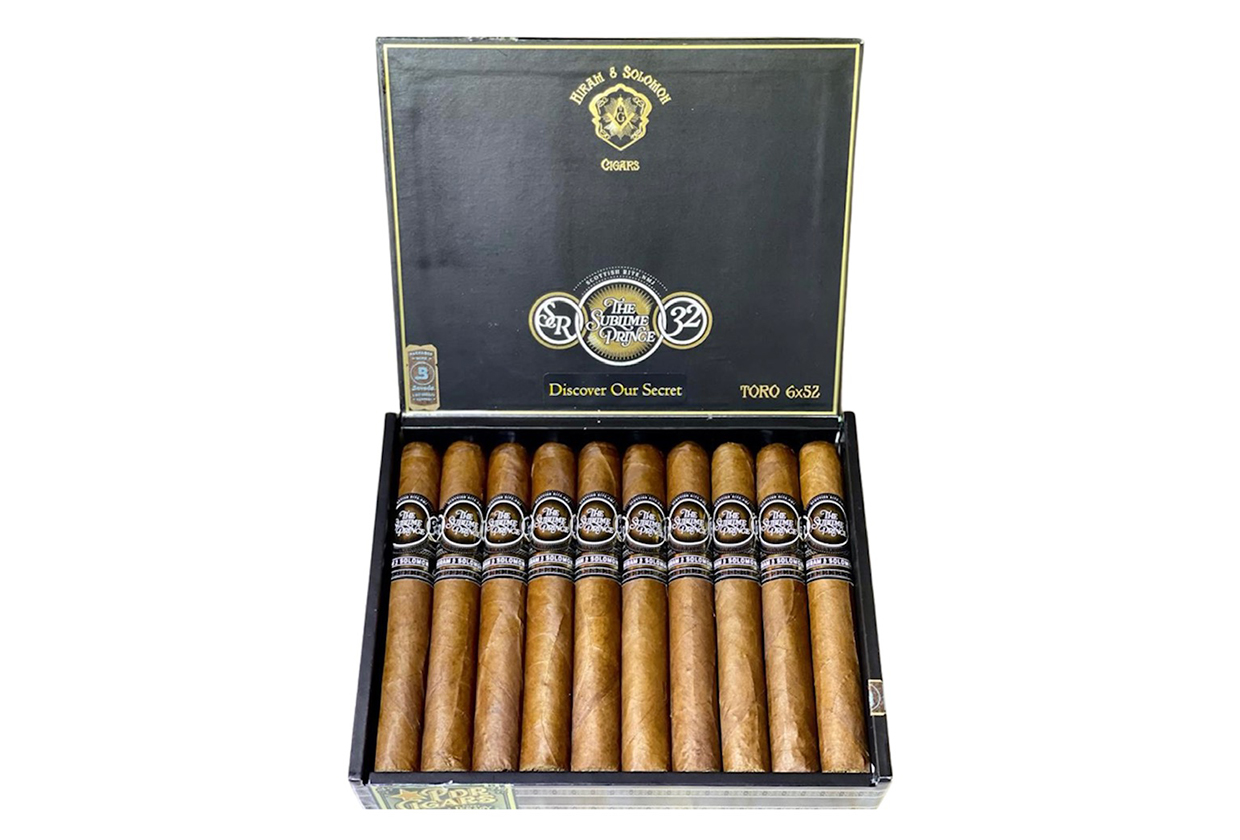 At this week’s TPE 2022, Hiram & Solomon will show off three new lines that it will release later this month: Châbal, Revival, and Sublime Prince 32. All of the new cigars are 6 x 52 toros that are produced by PDR Cigars in the Dominican Republic. The Châbal gets its name from a Hebrew word that means to bind, join together or wind tight, which the company says fits its theme of joining the past, present and future together. It uses an Ecuadorian criollo morrón wrapper, an Indonesian Sumatra binder, and Dominican fillers grown by Leo Reyes, specifically corojo seco and ligero. Although the line is crafted for the MW Donald C. Combs, Grand Master of Free and Accepted Freemasons of the State of Georgia, but the cigar will be sold to stores nationwide. The Revival is also named for a masonic lodge, particularly the Grand Lodge of North Carolina AF & AM, along with MW Larry B. Thompson Jr., the Grand Master. Fouad Kashouty of Hiram & Solomon said that the cigar name was born from a vision of a great Masonic revival by Thompson, specifically a dream of enduring many challenges over the past two years due to the COVID-19 global pandemic.

It uses an Ecuadorian habano claro wrapper, Ecuadorian-grown binder, and a filler that contains Pennsylvanian broadleaf as well as seco and ligero corojo from a hybrid grown by Reyes that is known as FDR2, or Flor de Reyes 2. Finally, the Sublime Prince 32 is named after the 32nd degree level of the Scottish Rite, with the line crafted for the Scottish Rite Northern Masonic Jurisdiction. It uses an Ecuadorian habano rosado wrapper, Dominican binder, and a filler that contains Dominican criollo 98 ligero and seco.

While all the lines will be sold to raise money for a contribution to Masonic charities, the Sublime Prince 32 will specifically support the Almoner’s Fund and dyslexic centers operated by the Scottish Rite. The other two cigars will support the charitable work of the lodges in Georgia and North Carolina, respectively.

All three cigars have MSRPs of $14 and are offered in 20-count boxes. In addition, Hiram & Solomon wil offer the cigars via its own online storefront. All three cigars will also be released to international retailers in the near future, though a specific release date has not been announced.

Additionally, Hiram & Solomon announced that it will be presenting a $10,000 check to Cigars for Warriors on Thursday.