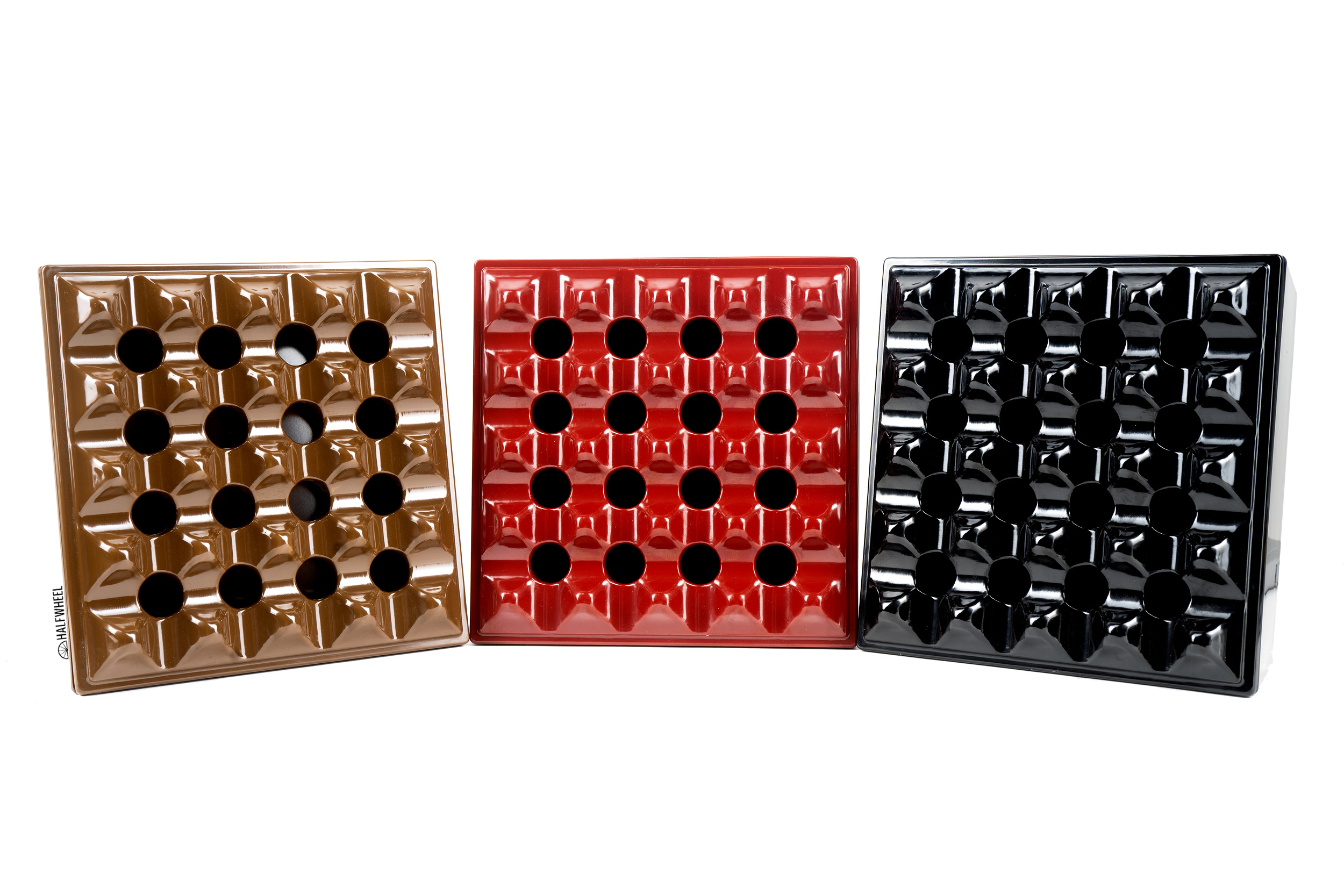 Welcome to halfwheel, apparently your number one source in 2020 for cigar ashtray reviews.

Unlike the last ashtray I reviewed, the HF Barcelona Melamine Grid Ashtray is an affordably priced place to put the ashes of your cigar. It’s priced at $19.99 and offered in red, black and brown versions. 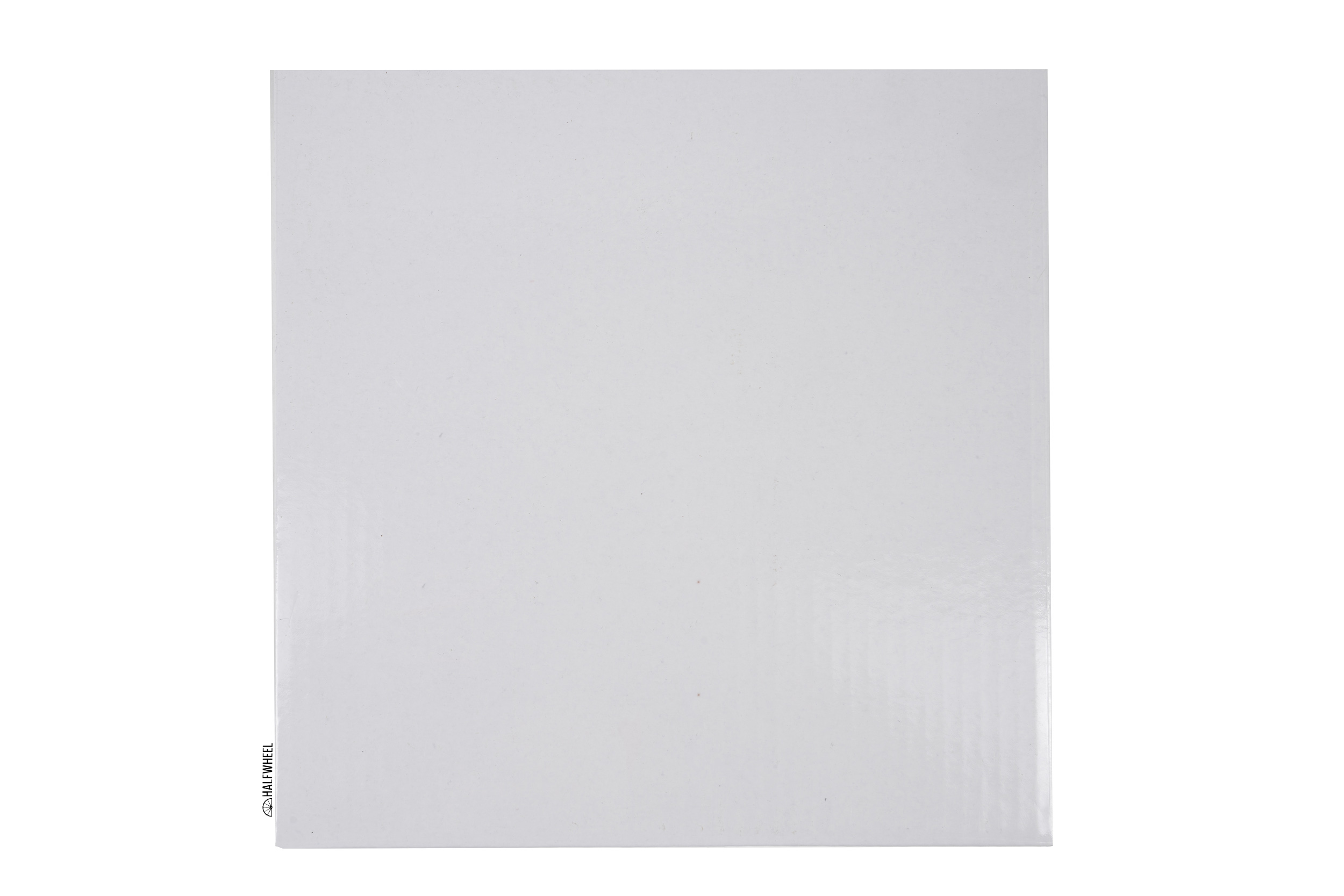 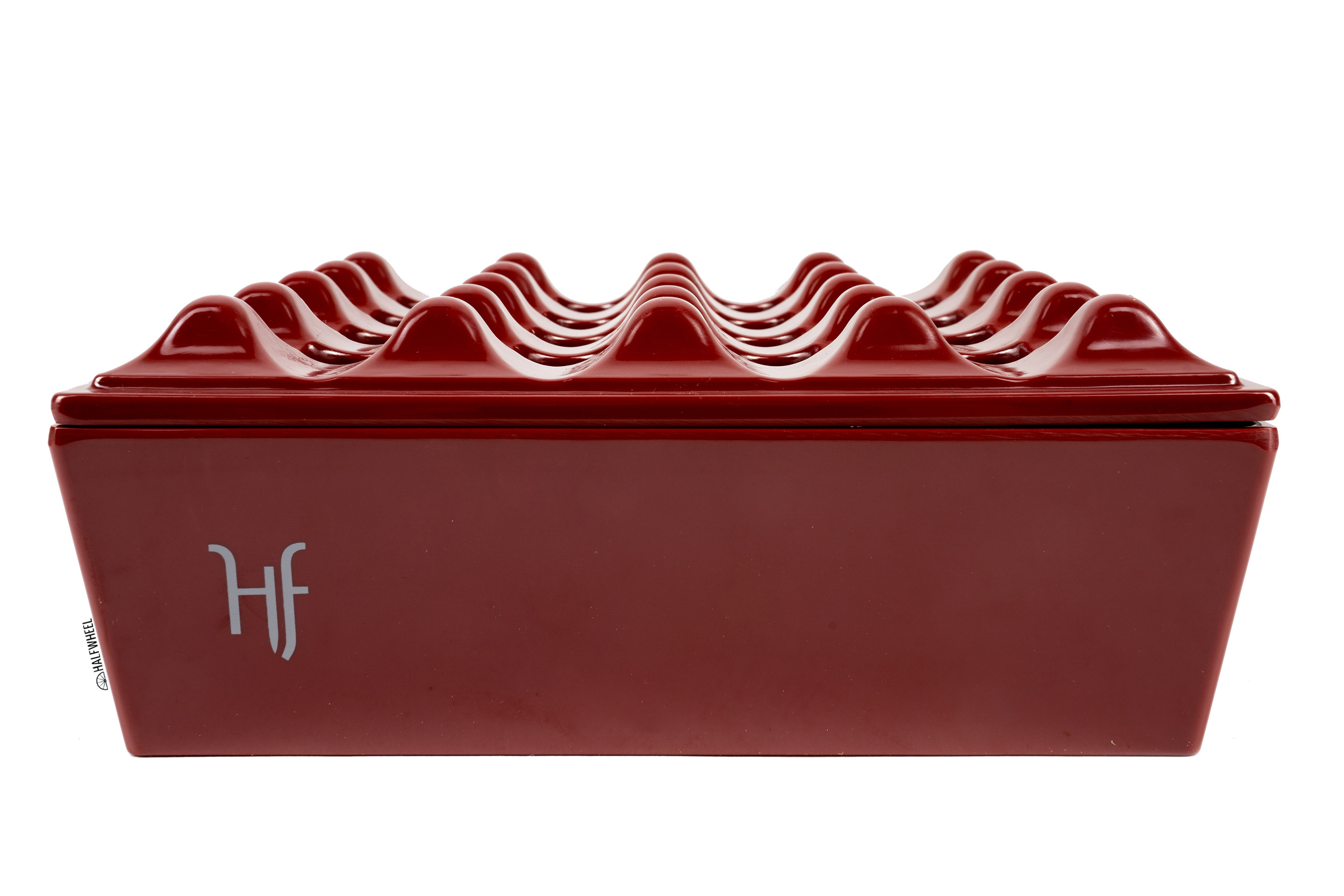 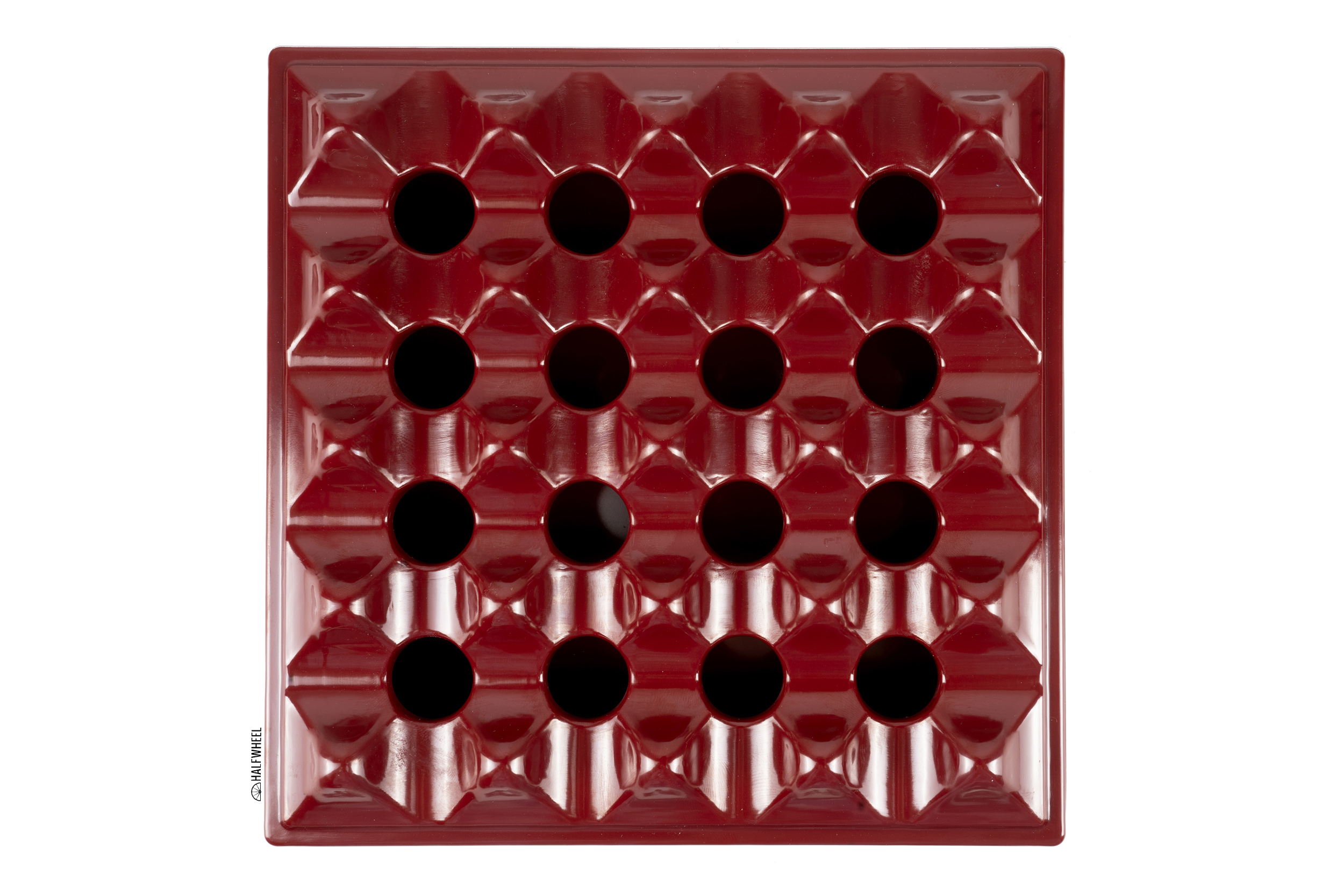 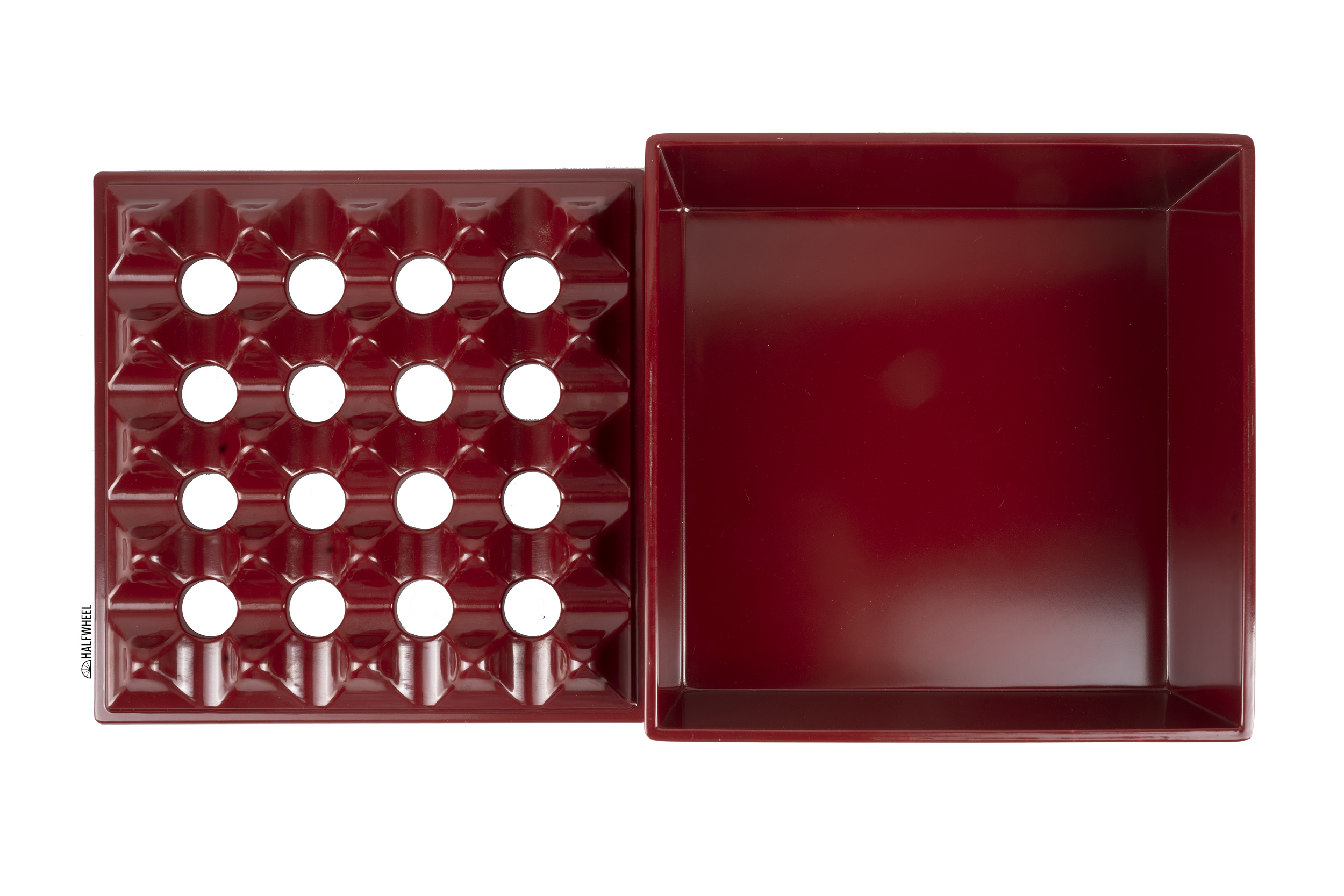 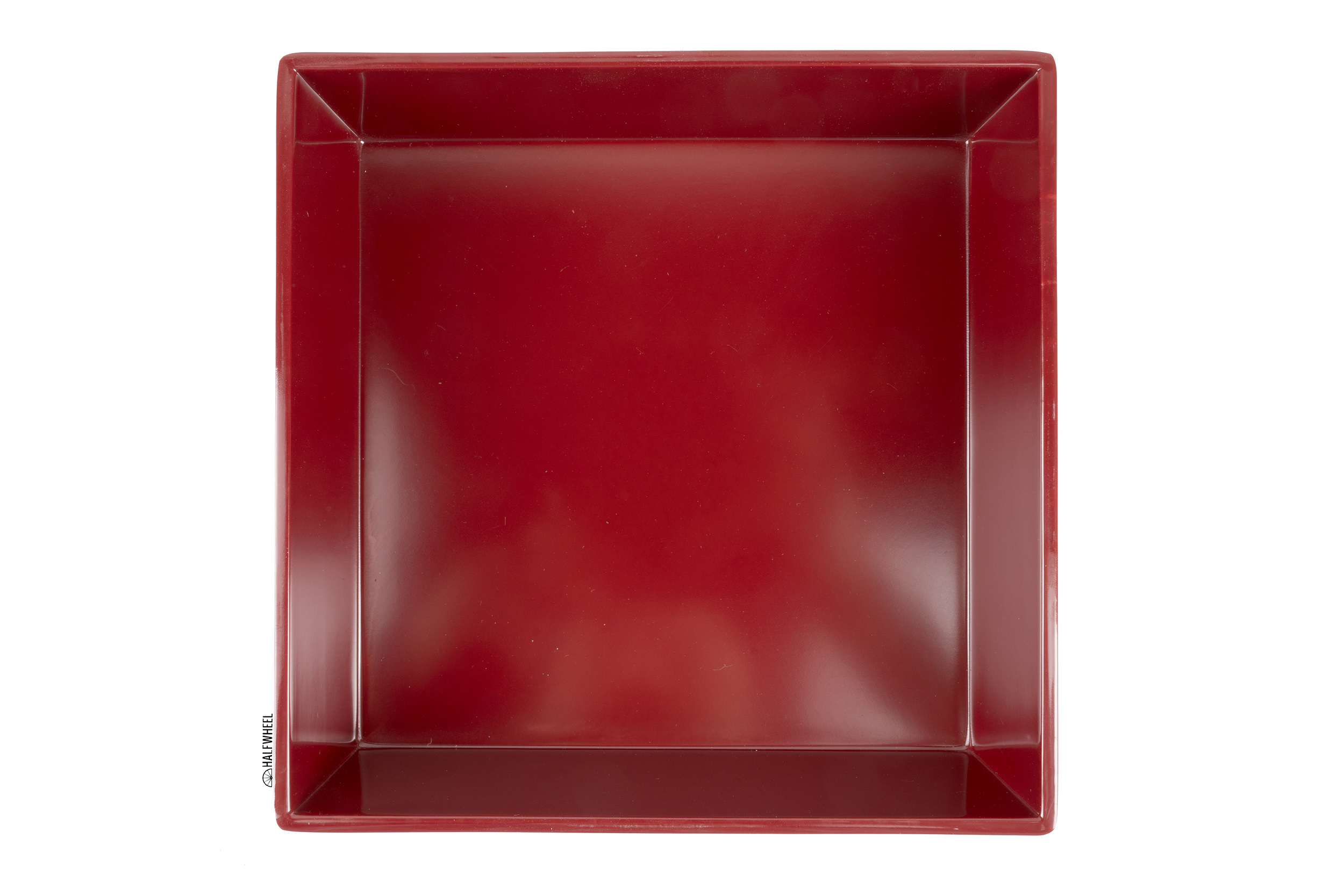 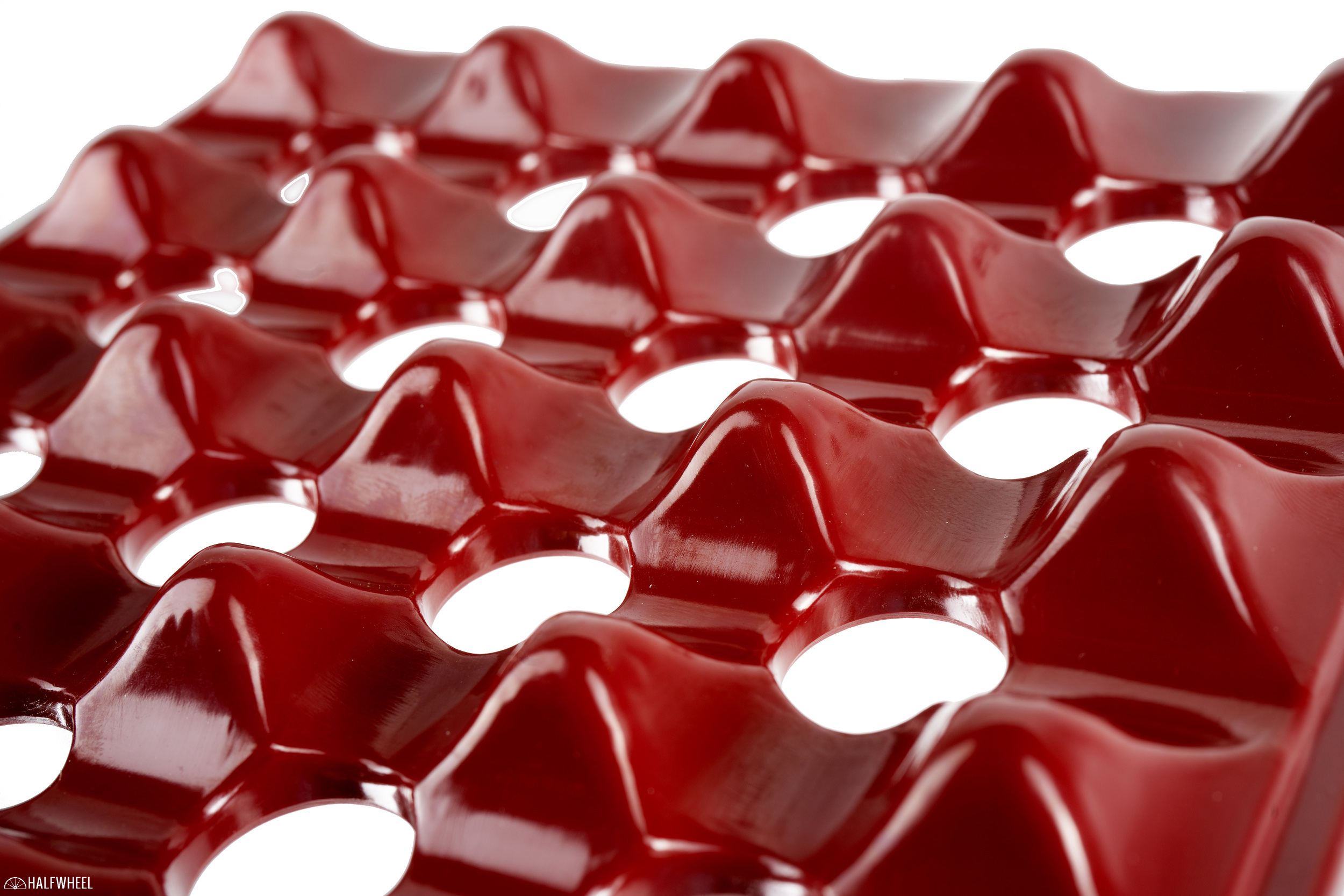 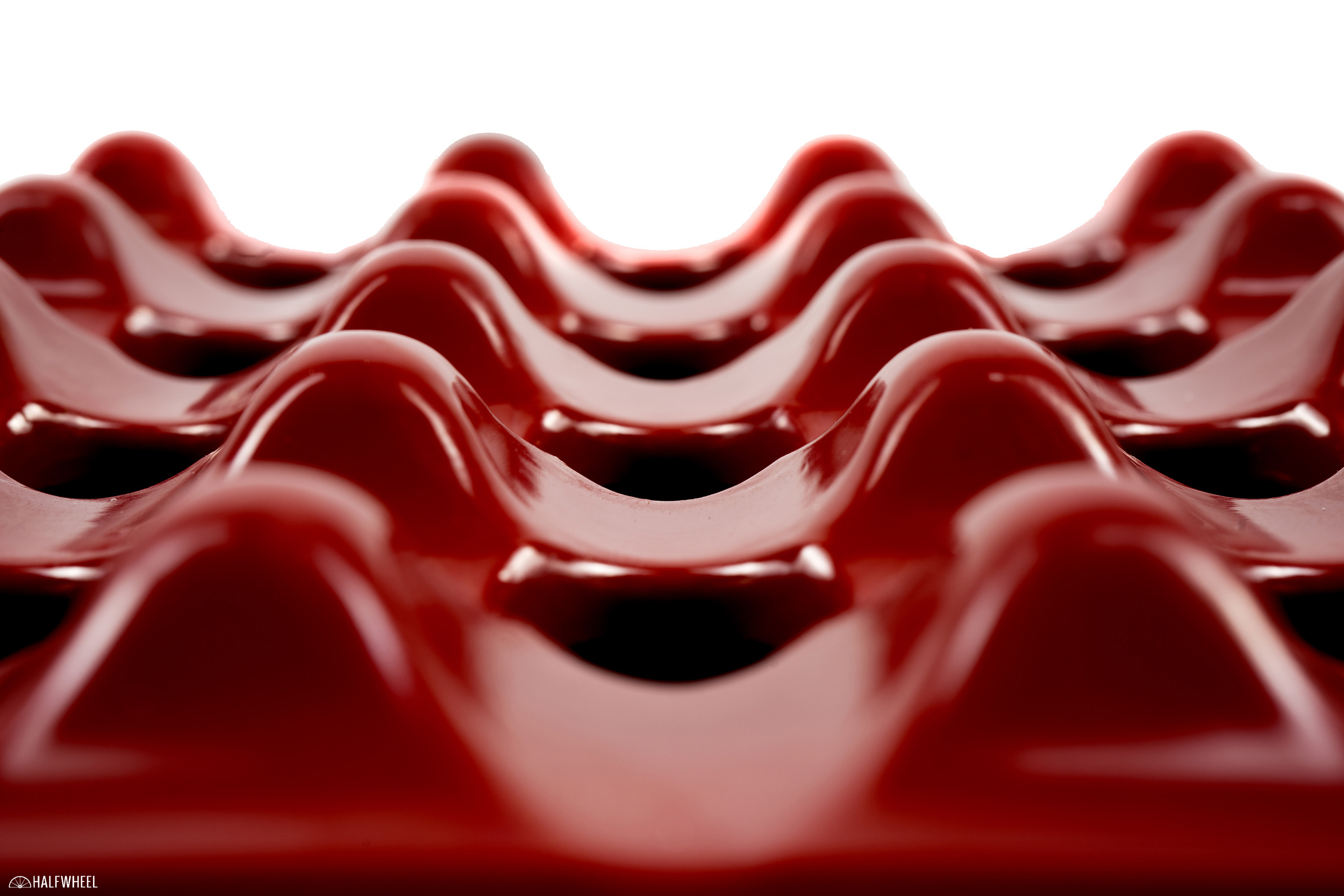 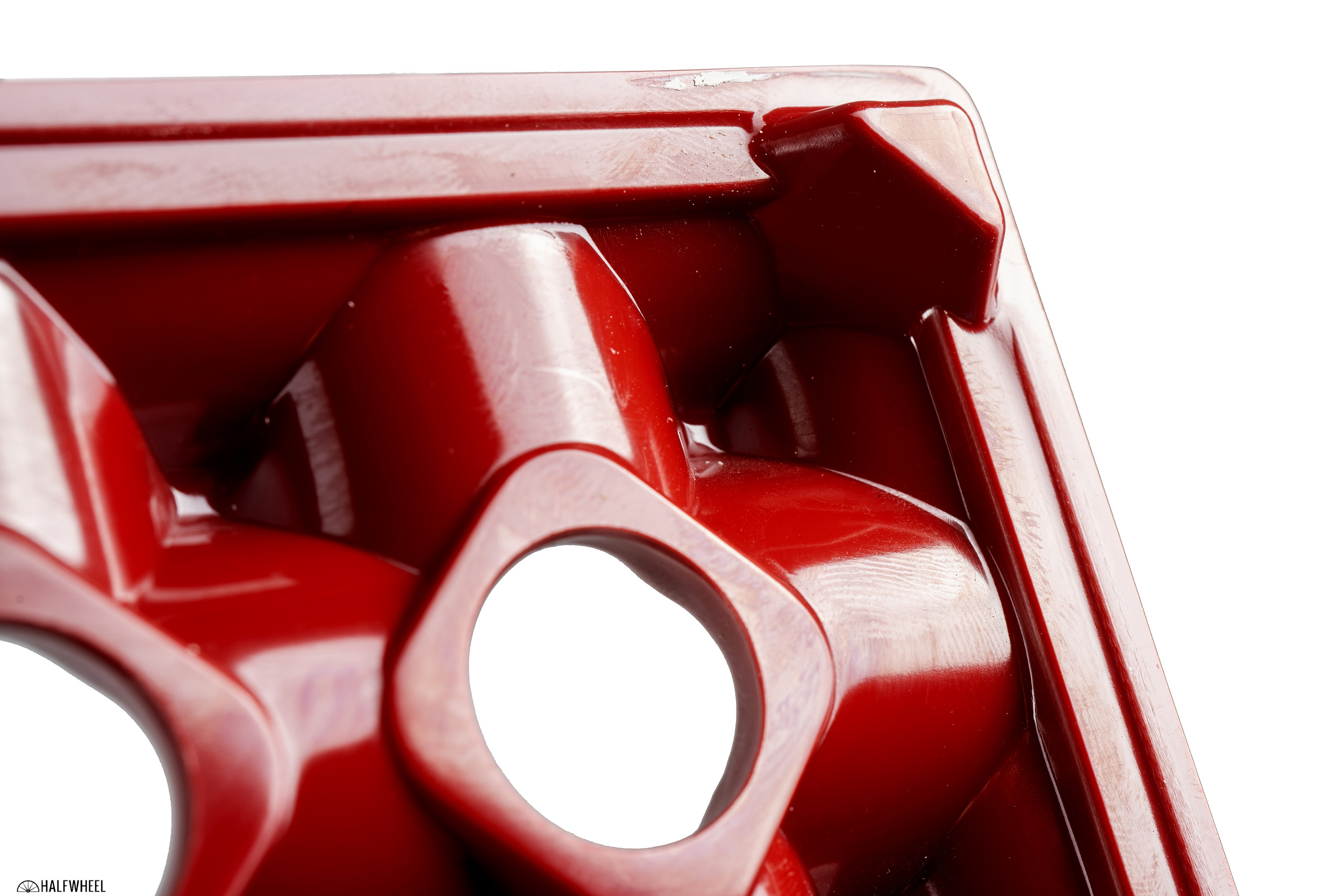 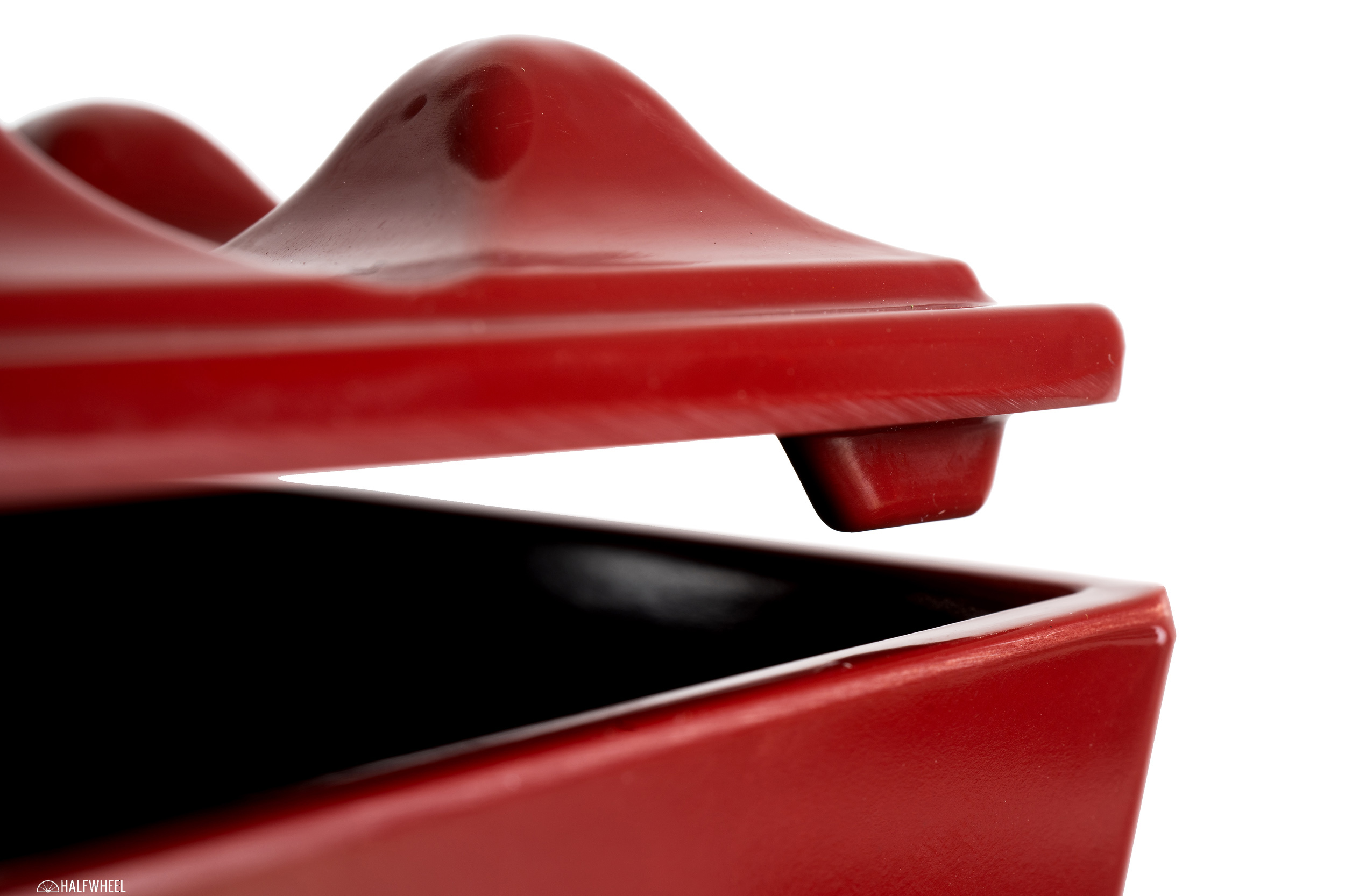 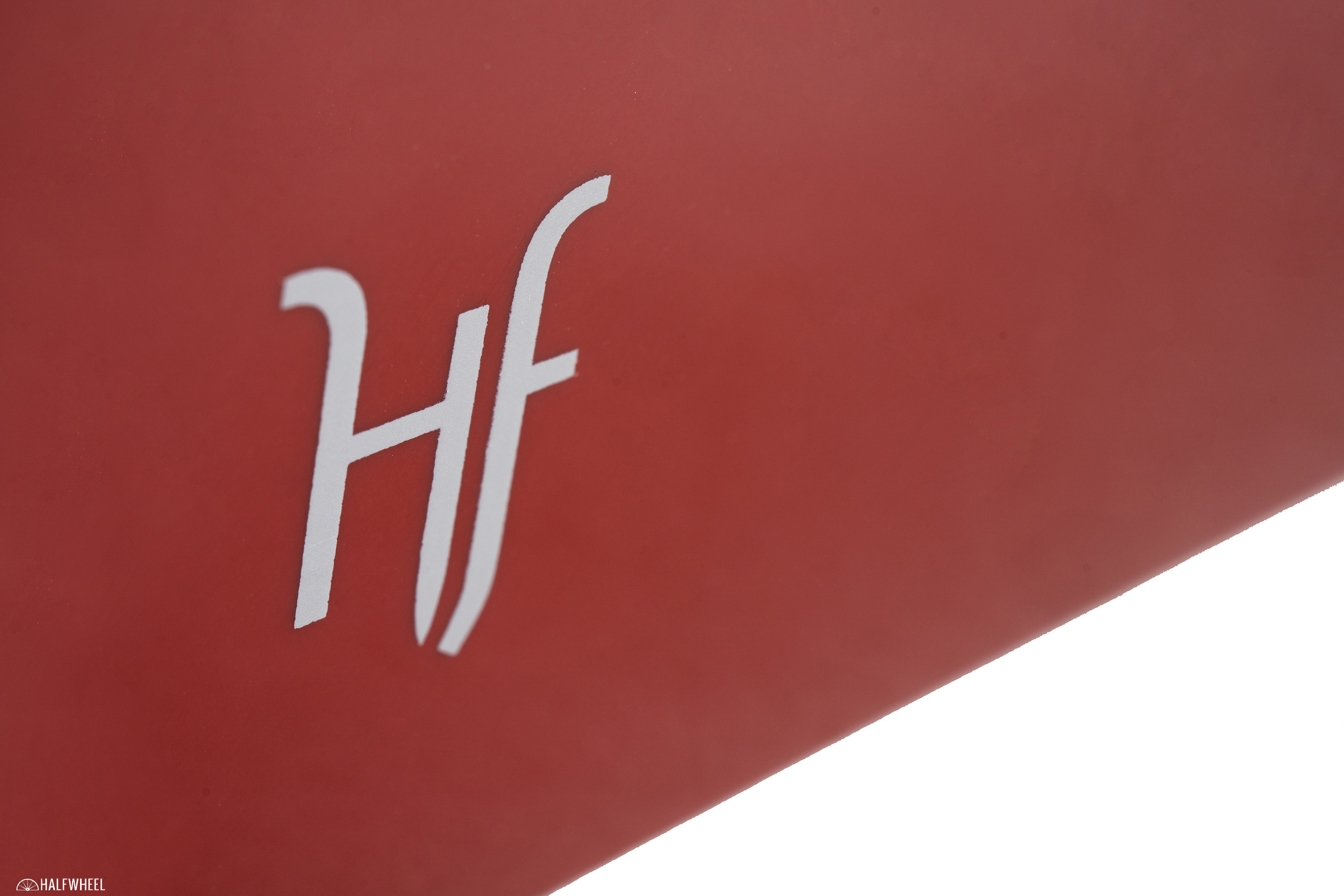 It’s a new-age take on a classic grid style ashtray that has been made popular by Nat Sherman. It’s a two-piece design measuring 7 inches by 7 inches at the top piece, which features a 4 x 4 grid of channels and holes. There’s a total of 16 of those holes with the idea being that the ash goes inside the holes and into the removable base. The design allows you to place multiple cigars in a relatively small package—I suppose 16 cigars would be technically possible though not advisable—while also having the ability to not have to see the ash sitting in a bowl like a typical ashtray.

I suppose this should be under the “What Makes It Special” header, but the unique feature of HF Barcelona’s model is that it’s made of melamine, a composite material that combines many of the best parts of metal and plastic especially for ashtrays:

Place your cigar in one of the channels, let it rest. If you want to ash, I find it best to physically shove the ash into one of the holes, which creates some mess but makes it much more likely that the clump of ash will end up in the bottom of the ashtray.

Oh—and don’t set a road flare on the ashtray.

Unlike most cigar accessories—though certainly more common for ashtrays—melamine is dishwasher safe, something which I successfully tested. 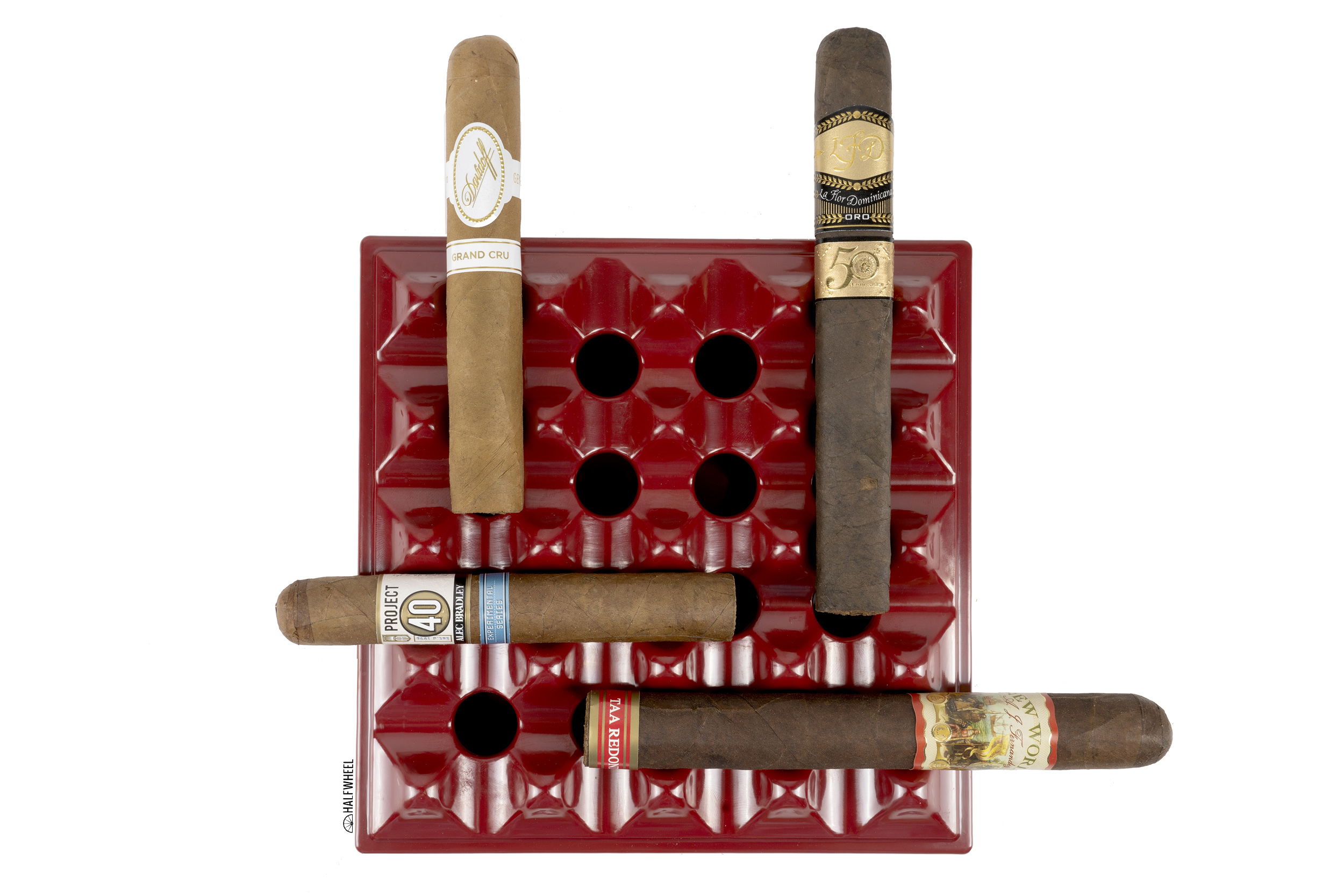 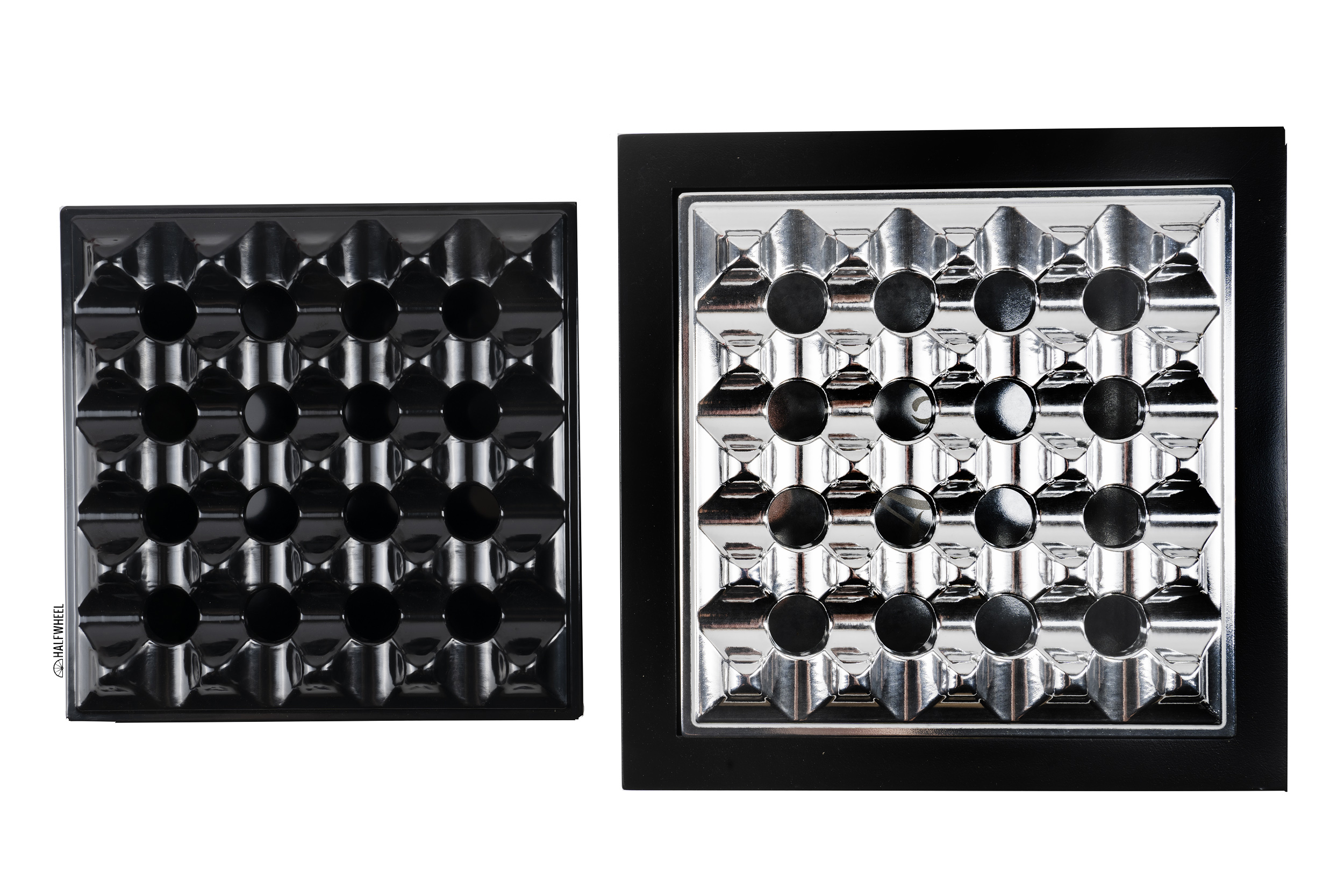 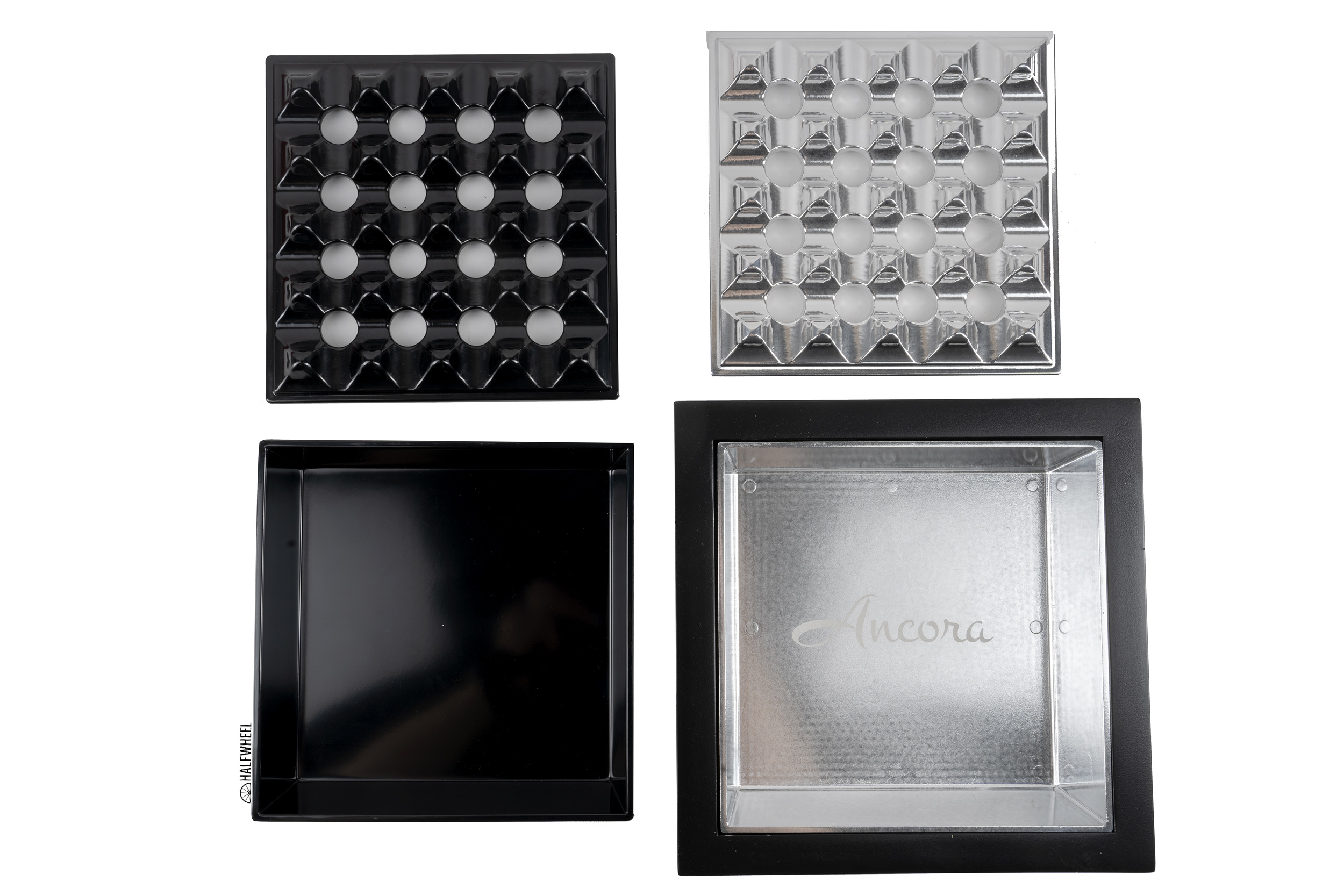 When I see these ashtrays I think of the Nat Sherman Townhouse, which uses this grid style ashtray, albeit with a removable wood shell and a metal design. Nat Sherman sells those ashtrays, known as the Nat Sherman Executive Ashtray, for $159.95. They are more or less identical in shape, at least the inner ashtray pieces are, but are a tad bit easier to clean and look a bit nicer. I’m not sure I’d pay eight times the price of the HF Barcelona for the Nat Sherman version, but it’s slightly more refined. For a grid ashtray, yes. For an ashtray, no.

I am not a fan of this style of ashtray because it’s a pain to clean and I never found a way to make it not get messy. I’d much prefer an open bowl style of ashtray where only one part of the ashtray gets dirty. That being said, the HF Barcelona Melamine Grid Ashtray is the cheapest grid-style ashtray I’ve seen and is arguably a better one because of its melamine construction. Much like punch cutters or soft flame lighters, this style of ashtray seems like it will have an audience that loves the design and then everyone else. I’m firmly in the latter camp.