Coming in at 7 x 48, the Churchill was composed of the same basic blend as the regular production Herrera Estelí namely a Mexican San Andrés wrapper covering a Honduran binder and Nicaraguan fillers from both the Esteli and Jalapa growing regions. However, in a press release, Willy Herrera, Drew Estate’s master blender, mentioned that there were “a few changes here and there” in the blend.

Here is what I said in my original review in November 2015:

I never liked the Norteño blend as much as the original Herrea Esteli line, finding it too earthy, too spicy and lacking any major sweetness to cut that note with. Thankfully, the Herrera Estelí Norteño Edición Limitada solves all three of these issues: not only is the earthiness and spicy notes less dominant than other vitolas after the first few puffs, the maple sweetness on the retrohale is a major part of the profile, especially after the first third. Construction was excellent, with the draw being the standout in all three samples, and the strength is very well integrated. A wonderful addition to the line and my favorite vitola to date.

Visually, the Herrera Estelí Norteño Edición Limitada looks virtually identical to the cigars in my original review, with a dark espresso brown wrapper that is quite toothy to the touch, although there is less oil present than I remember from the first time around. The oval box-press is extremely distinctive and the cigar is just short of rock hard when squeezed. Aroma from the wrapper is a combination of sweet leather, creamy oak, hay, manure and nuts, while the cold draw brings flavors of cinnomon, oak, earth, and raisin sweetness.

Starting off, the Herrera Estelí Norteño Edición Limitada features dominant flavors of creamy oak and almonds, interspersed with other notes of gritty earth, hay, dark chocolate, espresso beans and leather. I notice a great oatmeal flavor on the retrohale along with some black pepper, both of which really add to the overall complexity of the profile. In addition, there is a slight cinnamon note on the finish that disappears after the first third, along with some interesting raisin sweetness that only gets stronger after the halfway point. The second half features a more intense raisin sweetness—enough for it to become a dominant flavor, melding with the same creamy oak and almond notes from the first half, as well as increased amounts of floral, leather and espressos beans. The dark chocolate, hay and gritty earth notes from the first third have all but disappeared by the final third, as has the black pepper on the retrohale. 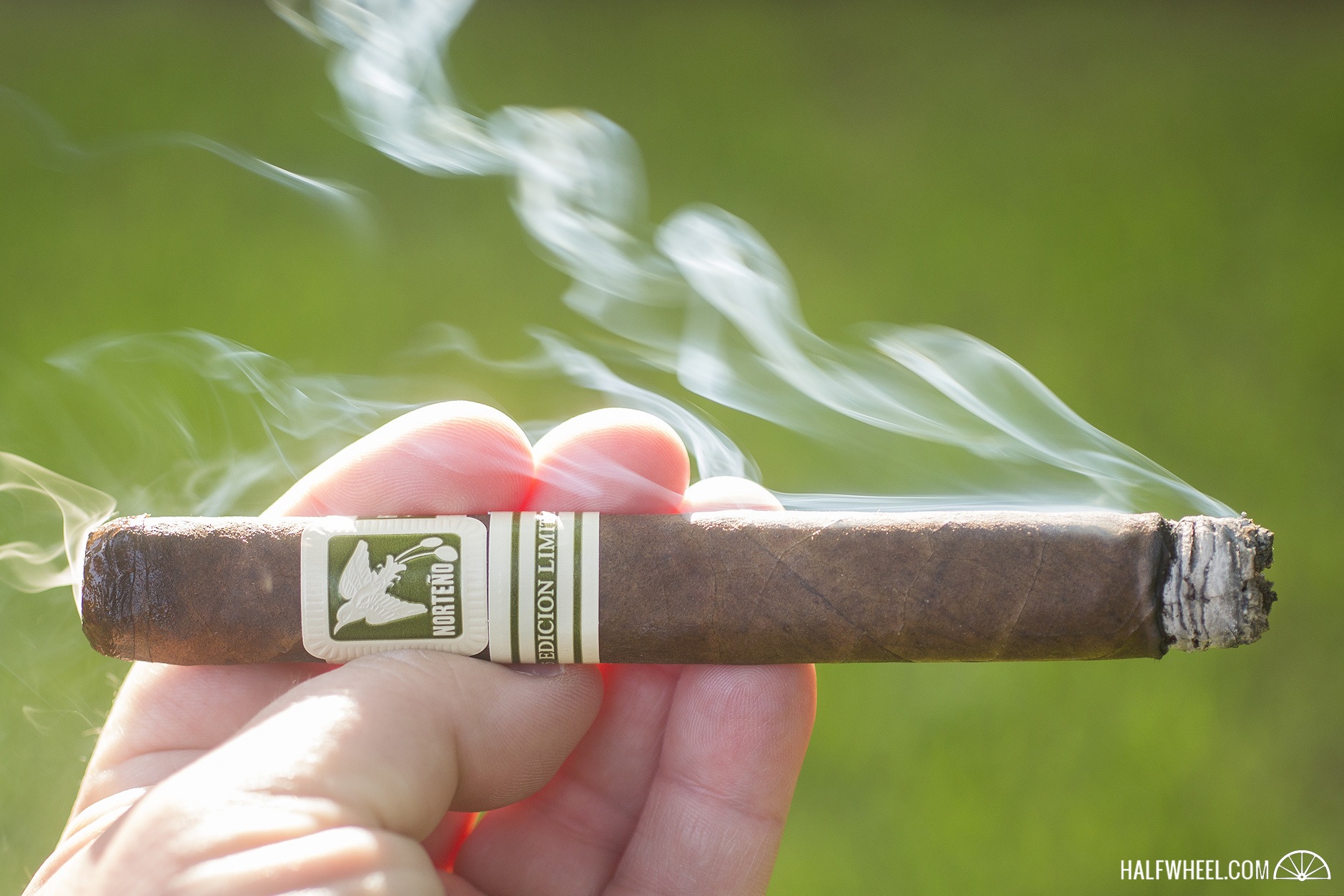 Construction-wise, the Herrera Estelí Norteño Edición Limitada featured a burn line that never gave me an issue, a draw that had the perfect amount of resistance and more than enough smoke production. The overall strength hit the medium mark pretty right around the start of the final third, finishing just slightly above that by the time I put the nub down with less than an inch to go after one hour and 32 minutes in.

As I mentioned in my original review, I have never been a huge fan of the original Norteño line, but the Edición Limitada is a whole different ball of wax. Seven months of rest has been good to this blend, rounding off the edges that were present, and bringing a significant increase in the sweetness that is present in the profile, reminding me strongly of raisins. In addition, there is a very interesting oatmeal note at the forefront that was not in the original profile, a flavor that really bumps up the complexity overall. A great cigar that seems to have plenty of legs left, and one that I will be enjoying again in the future.