Last year, Willy Herrera began posting images of different size of the Herrera Esteli, a 6 3/4 x 38 petit lancero. It went by without much fanfare, as Herrera often posts about various sizes and blends he’s working on and to date—only the original five sizes of Herrera Esteli have made it to market.

Turns out, the lancero was actually the next size of the Herrera Esteli blend and as earlier as next week, the cigar might appear on shelves in some capacity. The official announcement came late last year, described as a 7 1/2 x 38 lancero expected by February.

The February date came and went and along the way the size changed to 7 x 38. While it’s described on the box and secondary band as a “limited edition,” there’s no set amount. Instead, the cigar is limited in production with only one pair at the factory working on it.

Herrera himself posted pictures of the production boxes last week.

The lancero brings the total amount of vitola for the line to six. 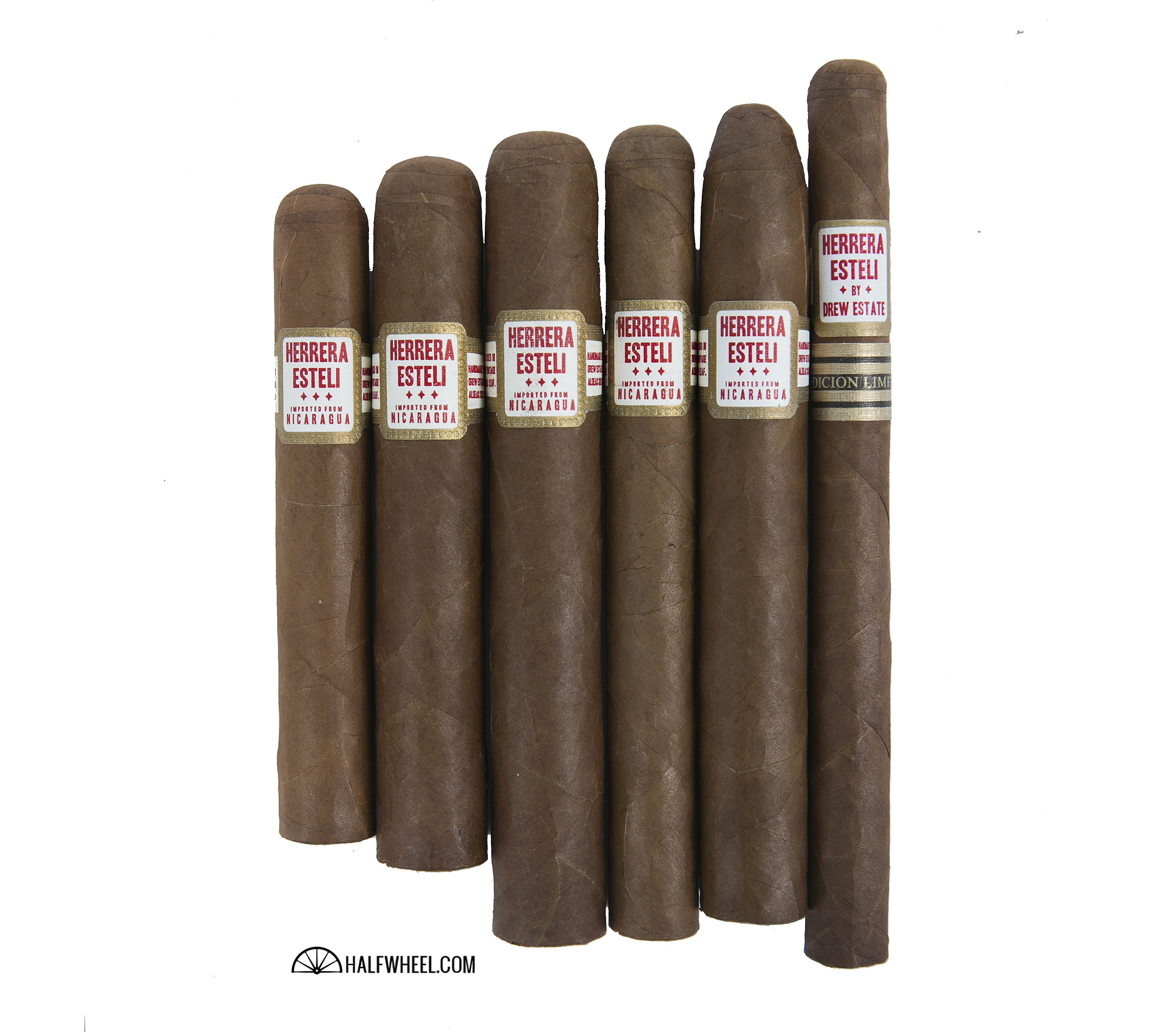 While not atheistically pleasing, the Herrera Esteli now comes in cellophane, which helps protect the Ecuadorian wrapper from damage. The cigar looks as you would expect, a slightly longer and thinner version of the Herrera Esteli Lonsdale with a secondary band. There’s some sweet cedar notes and a touch of floral from the wrapper, the latter intensifies on the foot and some spice is added to the mixture. From the cold draw I get sweet cedar, bread-like notes, an overly sweet floral note that is reminiscent to some degree of twang and lemon and black pepper on the finish.

I’m a bit taken back on each of the three samples I smoked, there’s a big burnt clove note that I never found in any of the other Herrera Estelis I’ve smoked. In addition, there’s coffee, a sweet bread-like note with pepper, orange peel and burnt cedar on the lengthy finish. The draw is slightly open for a lancero, but dead in the sweet spot for most smokers, along with gigantic amounts of smoke. The flavor of the Herrera Esteli Lancero settles into some sweetness on top of an aged cedar, remnants of the clove with butterscotch, bitter nuts and harsh cedar on the finish. On one sample I smoke, the clove note picks up in the second third. On the other two, it’s nowhere to be found. Instead, oak has now joined the flavors on the tongue while the floral notes are dominating the nose. The salty and undeveloped nuts continue to be present, as does the butterscotch—although the latter is hard to separate from the big floral note. The Herrera Esteli Lancero actually gets sweeter in the final third, something that’s only intensified by the harshness completely dissipating in the final third. Elsewhere, the floral note is becoming more generic and harder to separate from the other sweet notes. There’s an uptick in body as well, with the smoke becoming denser and more velvet-like, ending the cigar right at full. This is my favorite size of the Herrera Esteli, and not just because it’s my preferred vitola. The flavor, the burn, the draw—all just seem better. The clove not was odd, but enjoyable; the sweetness that I was able to pick up combined with the base of wood notes, mainly cedar, made for the most balanced vitola of a line known for its balance.