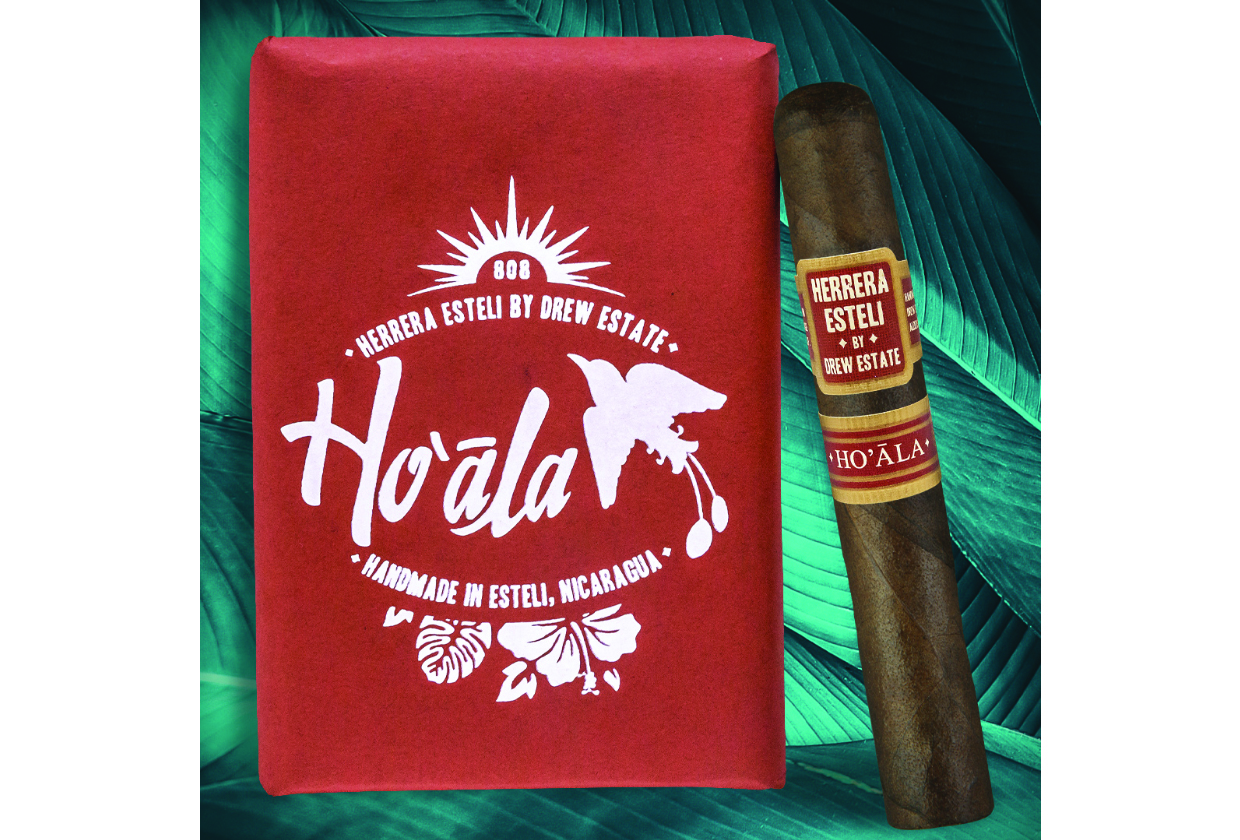 Drew Estate is sending the newest release in its Herrera Estelí Tienda Exclusiva line to Hawaii.

Today the company announced the upcoming release of the Herrera Estelí Ho’ala Tienda Exclusiva, a 4 7/8 x 46 petite corona that will be sold exclusively through retailers in the state. The cigar features a Mexican San Andrés wrapper, while neither the binder nor the filler are being disclosed.

According to a press release issued by the company, the Ho’ala was inspired by a trip to the island of Maui where Willy Herrera, Drew Estate’s master blender, watched the sun rise over the clouds on top Haleakala Crater. The name of the cigar, Ho’ala, translates to “rise up,” a name given to match the stronger profile of this cigar in a vitola that is a perfect morning smoke to rise up and greet the sun.

“Every year I make a journey to Hawaii to find peace and inspiration,” Herrera said via a press release. “Watching the sun rise on top of Haleakala Crater made me crave a bolder blend in a size I can light up to rise up and meet the day. I immediately set to work at La Gran Fabrica and selected a unique blend that is unlike the rest of the Herrera line.”

It is offered in 10-count soft packs priced at $95, and will be available at the following retailers:

Drew Estate calls the Herrera Estelí Ho’ala Tienda Exclusiva a limited release, but has not disclosed how many cigars have been produced. It will get its official launch on Sat., September 26 at 6:30 pm EST during a virtual event hosted by Herrera.