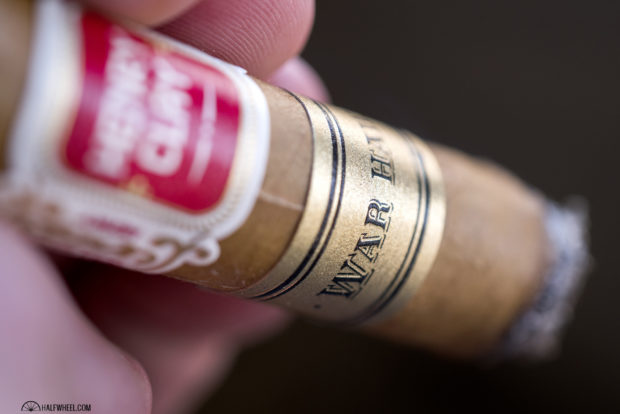 The Henry Clay brand has long been associated with Connecticut broadleaf-wrapped blends, so it was a bit of a surprise when the company announced its newest release would not be utilizing the wrapper it has become so well known for. Instead, the debut cigar in a new series of releases is covered in a lighter Ecuadorian Connecticut leaf, while the familiar Connecticut broadleaf is being used as a binder over an internal blend of Honduran tobaccos.

A press release explained the meaning behind the War Hawk name:

Henry Clay, who rose to Speaker of the U.S. House of Representatives in the early 1800s, was known above all, as a staunch U.S. nationalist. He was the leading voice among several young members of Congress who boldly applied pressure on President James Madison to defend the young nation by declaring war against Britain in 1812. Clay believed strongly that military force was the only option left to fight British imperiousness. The term War Hawk was coined and now used in political circles to describe one who favors war as an ultimate resolution of a conflict.

However, the War Hawk is not just a new cigar: it also happens to be the first in a trio of releases that Altadis U.S.A. has dubbed the Immortal Trio Series. While the name has not been officially explained as of yet, it may refer to the historical nickname given to Clay, Daniel Webster of Massachusetts and John C. Calhoun of South Carolina who were known as the Immortal Trio due to their influence in American politics during the first half of the 19th century.

The three-vitola War Hawk line began shipping to retailers on March 27 packaged in boxes of 25 and is being rolled at the Flor de Copan factory in Honduras. This is a departure for the brand, as most of its cigars have historically been rolled at Tabacalera de García in La Romana, Dominican Republic. Visually, the Henry Clay War Hawk is covered in a golden brown wrapper that is parchment-like to the touch and features an obvious dearth of oil. The cigar features a number of very prominent veins—most of which are located in the top two thirds of the cigar—and has a great amount of give when squeezed. Aroma from the wrapper is a combination of strong sawdust, hay, manure, leather, peanut shells and bananas, while the cold draw brings flavors of distinct creamy oak, leather, earth, grass, generic nuts, cocoa nibs and slight honey sweetness.

Starting out the first third, the Henry Clay War Hawk features an immediate dominant combination of creamy cedar and almonds, followed by other flavors of hay, bread, bitter espresso, cocoa nibs, gritty earth and cinnamon. While I am a bit surprised by the amount of overt pepper on the retrohale for the first 10 puffs or so, it quickly recedes to a more manageable level, which allows me to taste a distant banana sweetness that seems to be getting a bit stronger as the first third burns down. Construction-wise, the draw is excellent after a punch, but the burn needs correcting almost right out of the gate. There is more than enough smoke production coming off of the foot in dense waves, while the overall strength barely crosses past a point halfway between mild and medium by the end of the first third. There is quite a bit more creaminess in the profile of the Henry Clay War Hawk during the second third, but the dominant flavors remain the same, namely a combination of cedar and almonds. Other notes of coffee beans, dank earth, leather, hay, generic citrus and slight floral flit in and out as well, although none of them come close to being strong enough to threaten dominance. The pepper on the retrohale has decreased noticeably from its high point in the first third, which in turn allows more of the banana sweetness in the profile to come to the forefront, although it is still not a very strong flavor overall. Thankfully, the burn has evened up very nicely while the draw continues to impress, and the smoke production remains quite high. The overall strength has increased a bit, enough to hit a point very close to the medium mark by the time the second third comes to an end. 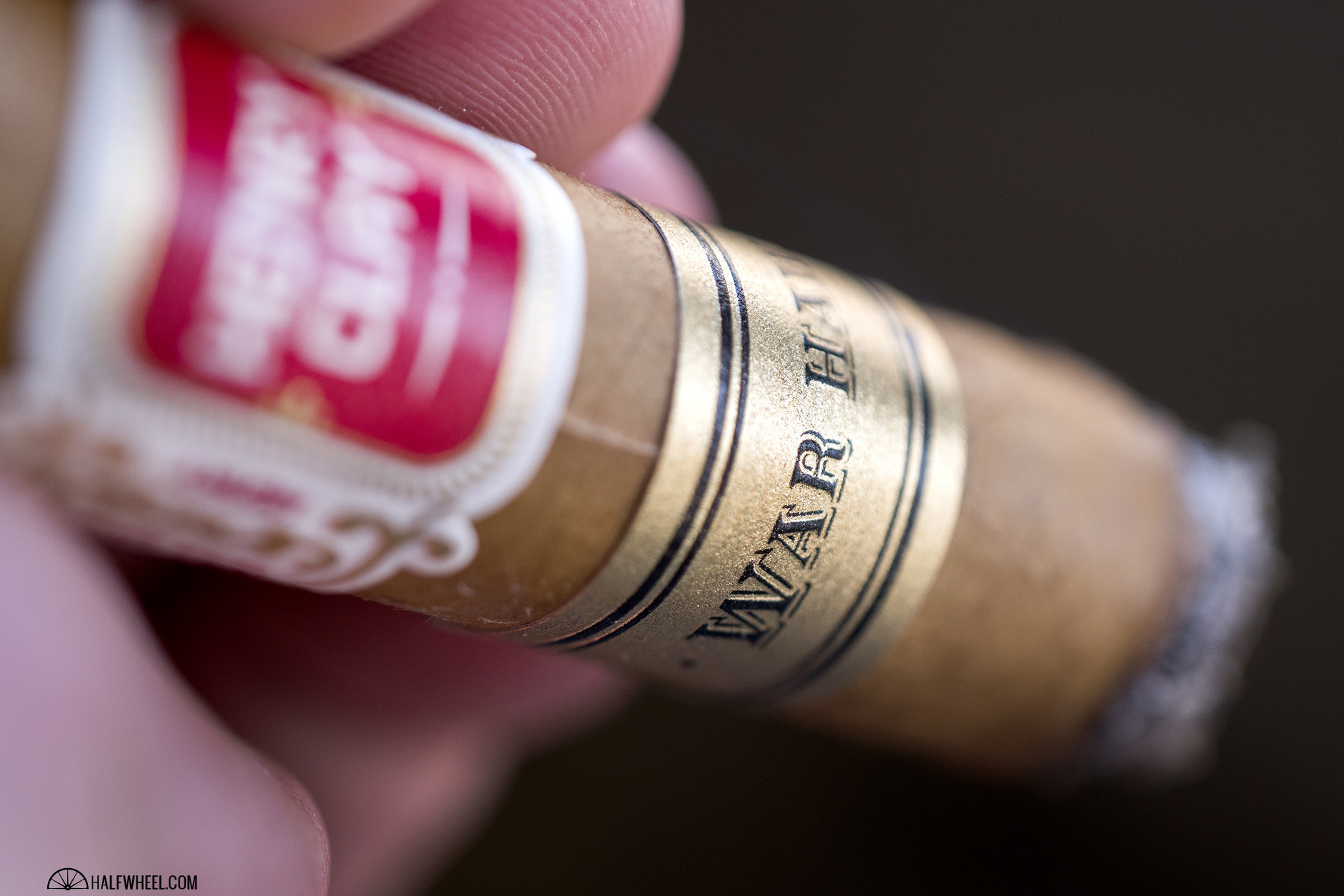 Although the profile of the War Hawk continues to be exceedingly creamy, the combination of flavors that have been so dominant in the profile up to this point has shifted enough to remind me strongly of peanut butter. The cedar and almond flavors are still very much noticeable, followed by notes of leather, bitter espresso, cocoa nibs, cinnamon and earth that each fight for space. In addition, the banana sweetness remains distinct enough to affect the rest of the profile in a very positive way, and there is a bit more white pepper compared to the second third as well. Both the burn and the draw are finally good enough to give me no issues, but the strength ends up increasing enough to hit a solid medium by the time I put the nub down with a bit more than an inch left. I am always in favor of companies trying experimenting with different things, and it turns out that utilizing the Connecticut broadleaf as a binder while wrapping the cigar in a lighter Ecuadorian Connecticut was an extremely good idea. The result is a blend that is both creamy on the palate and spicy on the retrohale, not to mention the slight banana sweetness that is present throughout. I have thought that Henry Clay is one of the most underrated blends on the market since Pete Johnson turned me onto them back in 2009 and the War Hawk continues that tradition: an enjoyable, well-balanced release that just about anyone who loves cigars will most likely enjoy.