Take a well-established cigar brand owner, pair him with a company who once took him to litigation over a trademark, but also owns one of his most beloved brands, give them the opportunity to work together on a new cigar and what do you have? The Henry Clay Tattoo, a collaborative effort between Pete Johnson of Tatuaje Cigars/Havana Cellars and Altadis U.S.A., the huge cigar and tobacco company that owns the Henry Clay brand.

The project had been whispered about prior to Johnson confirming to halfwheel in late June that the project was in the works. A formal announcement followed the following week, and in seemingly no time the cigar was on display at the 2015 IPCPR Convention & Trade Show in New Orleans where the 2,500 boxes quickly sold out.

For Johnson, the opportunity to attach his name to the Henry Clay brand was one he couldn’t pass up, telling halfwheel, “Henry Clay has always been one of my favorite brand names and my favorite Altadis product. I hope this leads into more collaborative projects in the future.” It is also the first time he has used Dominican tobacco in a cigar, with it showing up as the binder and in the filler. 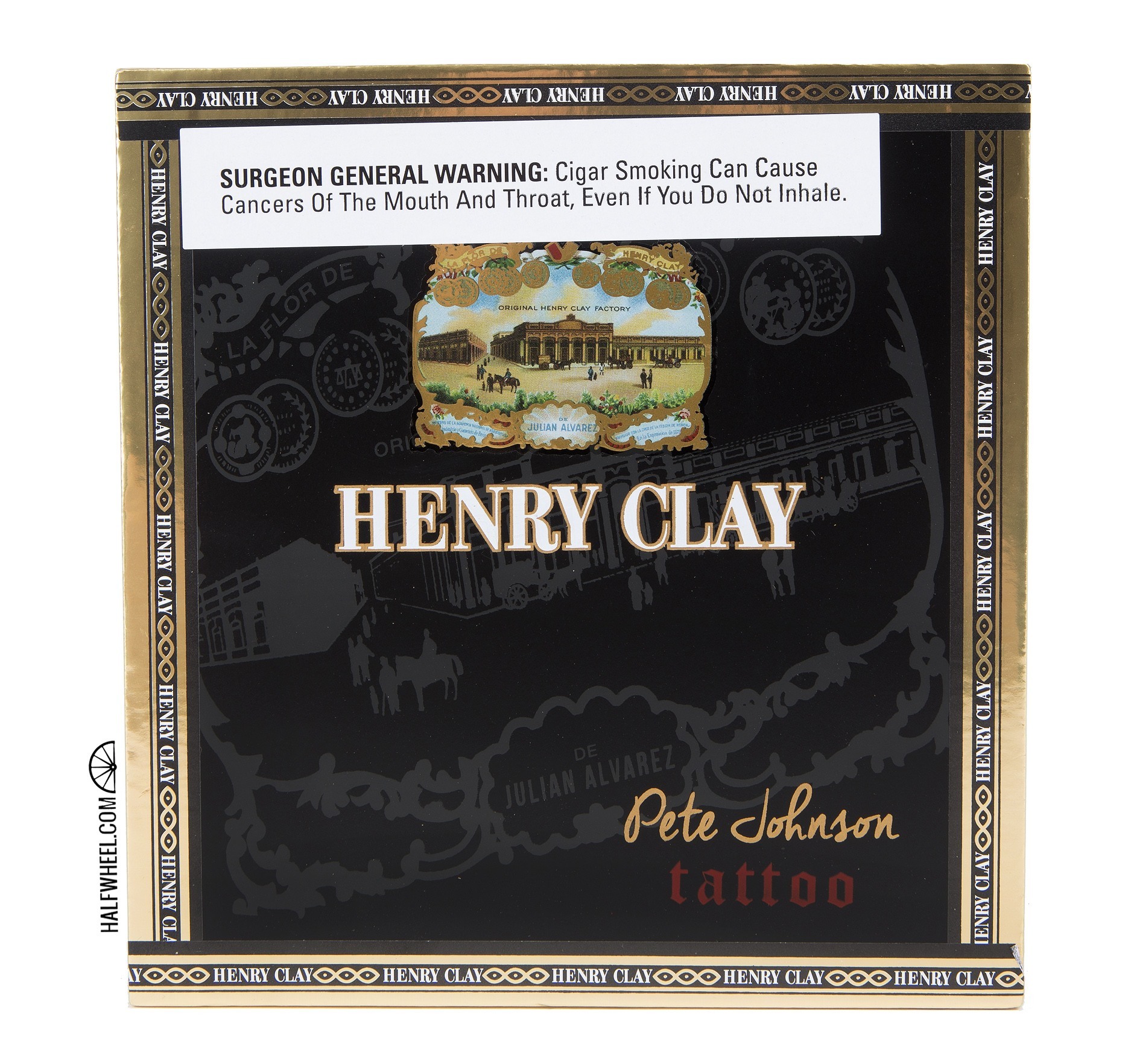 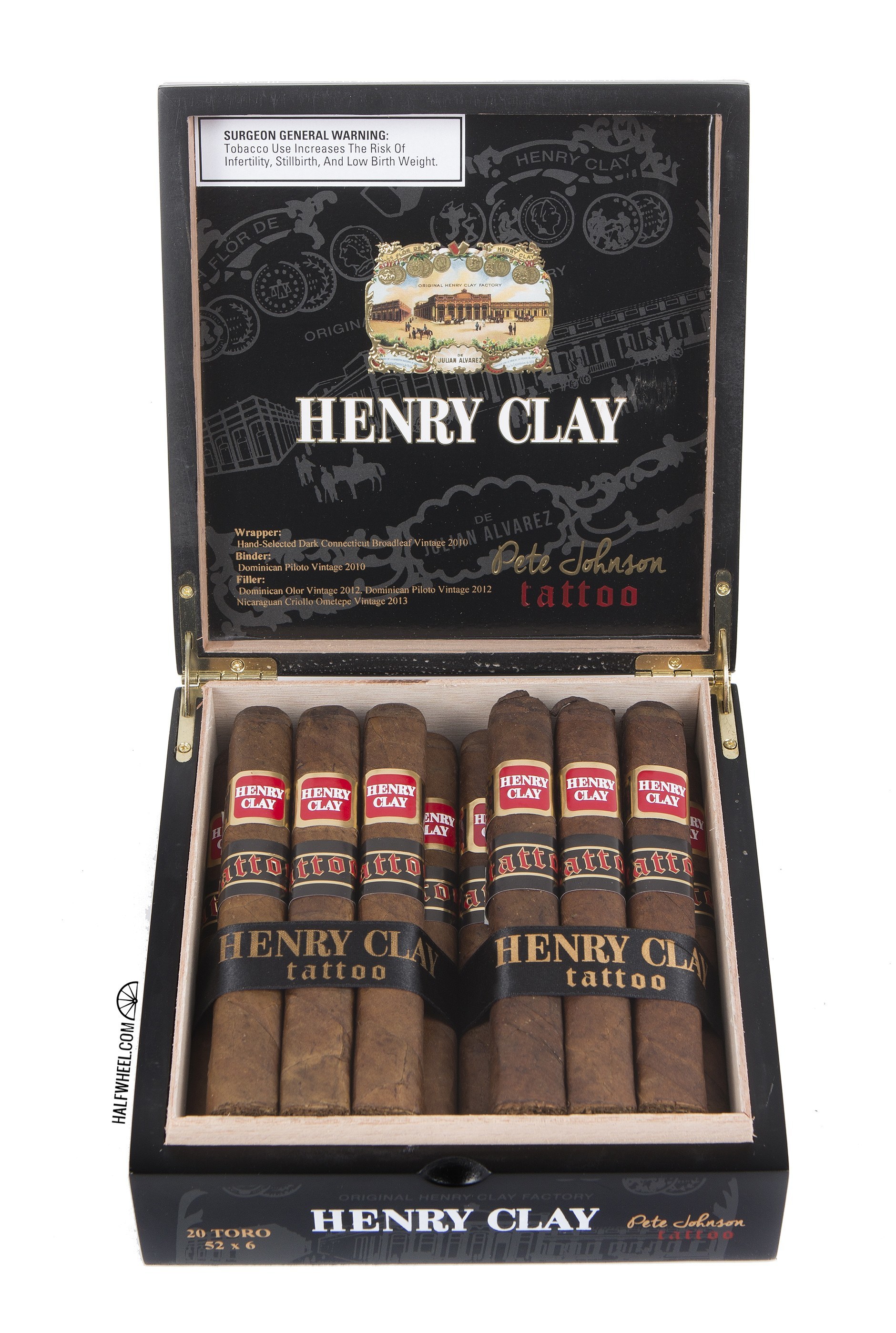 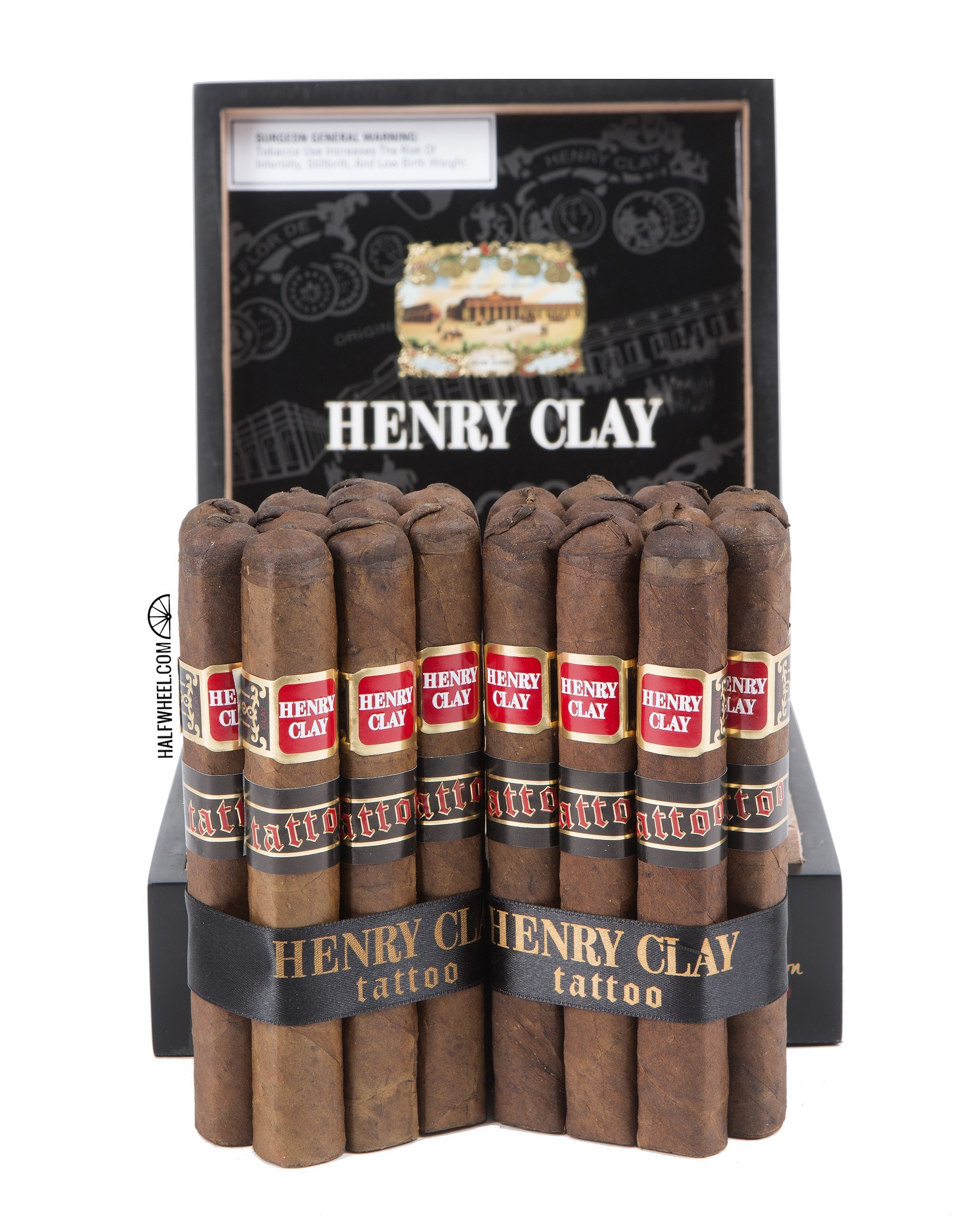 For Altadis U.S.A., it’s the latest in a growing list of collaborative projects they company has undertaken in the past year, beginning with the Espada by Montecristo, a cigar made by the Plasencia family in Nicaragua but sold by Altadis U.S.A. That was followed by the ROMEO by Romeo y Julieta Aging Room Small Batch F25, with Rafael Nodal of Boutique Blends working on the blend, Jochy Blancho’s Tabacalera Palma producing the cigar and Altadis U.S.A. handling distribution. The Espada line also had an offshoot cigar launched this year, Estoque.

While some current cigar smokers will remember the Henry Clay name from its glory years, it is a brand that while still produced, has fallen off the radar of many consumers and retailers. The current incarnation is made in the Dominican Republic at Tabacalera de García and uses a Connecticut broadleaf maduro wrapper over Dominican binder and filler. It’s available in four sizes: Brevas (5 1/8 x 42), Brevas ala Conserva (5 5/8 x 46), Brevas Finas (6 1/2 x 48) and Toro (6 x 50). It was a Cuban brand that dates back to the 1840s and Old Havana, where Spanish tobacco businessman Julian Alvarez named a cigar for the American politician who lived from 1777-1852 and who was known by the nickname “The Great Compromiser.”

As if a Pete Johnson project wasn’t enough to get cigar consumers and retailers excited, the project was capped at just 50,000 cigars, split into 2,500 boxes of 20, a supply which was sold through on the first day of this year’s trade show. 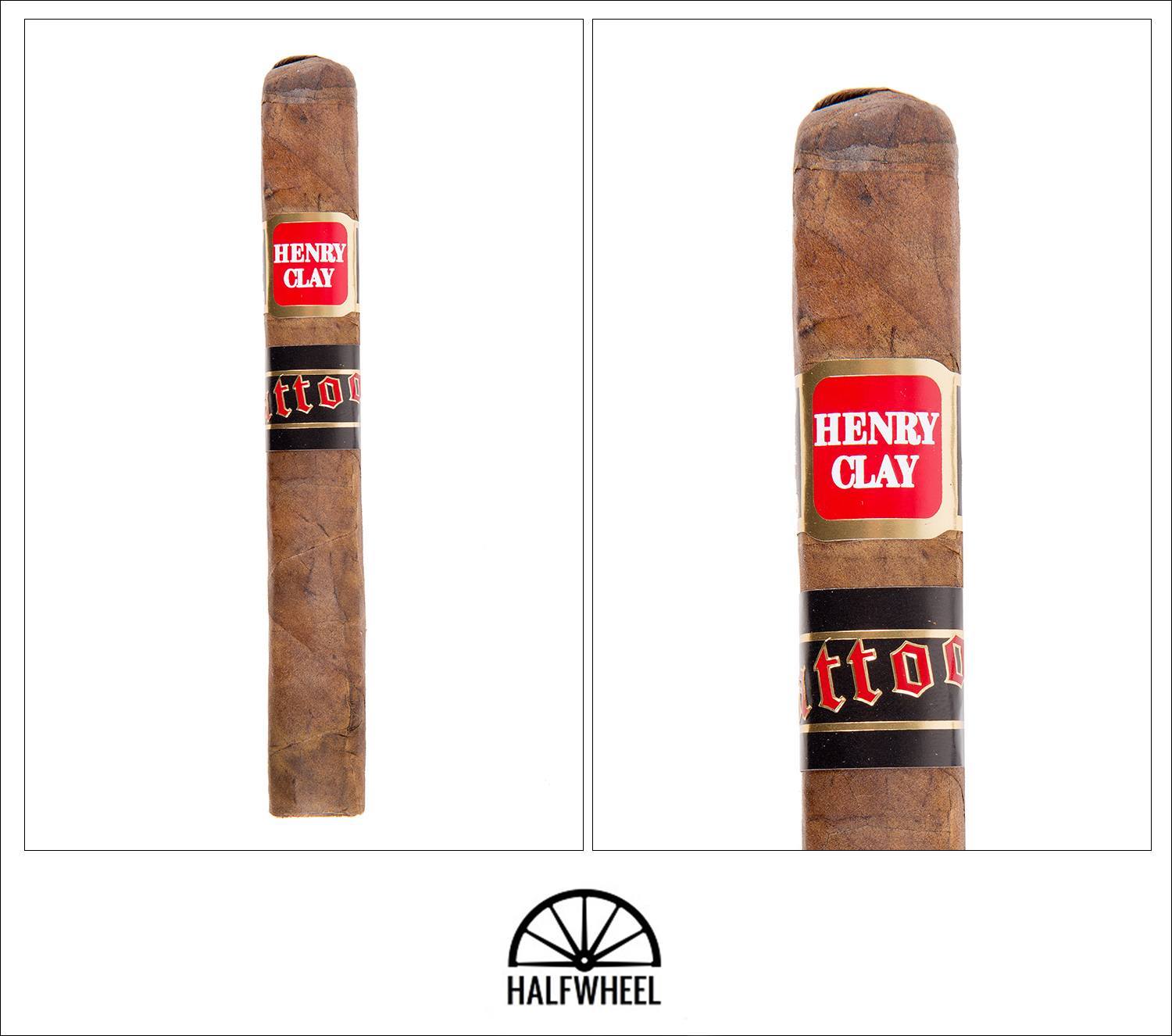 The Henry Clay Tattoo has done an admirable job replicating the ribbon-bound look of the line’s original packaging and once removed from its small bundle, the cigar shows its nearly square pressed form with what seems like a slightly elongated head, but I have a feeling that my eyes may just be deceiving me. What intrigues me most though is the strip of tobacco that is not just laid against against the side of the cigar, but seems to pressed into it; on a few samples that I have smoked there’s a visible indentation left when the cap and tail are removed. The wrapper has a good bit of tooth to it but not much in the way of veins, in fact the former is much more noticeable than the latter. A bit of sheen adds to the presentation of the cigar, giving it even more glisten than the gold trimmed bands offer. As is often the case with pressed cigars, there’s a bit of give when squeezed but overall it’s a uniformly firm cigar. Speaking of the bands, there is a definite convergence of old and new, with the classic Henry Clay given a shined up finish and the secondary band bearing the lower case tattoo mark. From the foot, there is a mix of sweet cake donut, dry wood and a bit of sawdust, with just a minimal amount of pepper. The cold draw is just a bit open, slightly sweeter than the aroma but in a different presentation, leading with a heavier profile with a first impression of simple syrup before showing a touch of soil, again with just a bit of pepper.

The Henry Clay Tattoo leads with a full flavor that is both tangy and earthy, a bit damp and with some masked pepper that my nose has an easier time picking out than the palate does. In fact, I find myself wanting—maybe even needing—to put an exclamation point of pepper on each puff with a quick retrohale, and the combination certainly is beneficial. While the burn line slowly creeps along, smoke production is plentiful and the flavor begins opening up to show more pepper on the palate as well as some chalk, the combination of which adds some needed vibrancy to the tongue. It’s quite a quick progression in terms of the unfolding of the flavor in the first third, as each puff seems to unpack another level of flavor and strength with the transition to the first third marked by a significant uptick in the pepper levels, almost to the point of getting a bit harsh on the palate if not balanced with a tempered puffing pace and a somewhat experienced and pepper-agreeable palate. 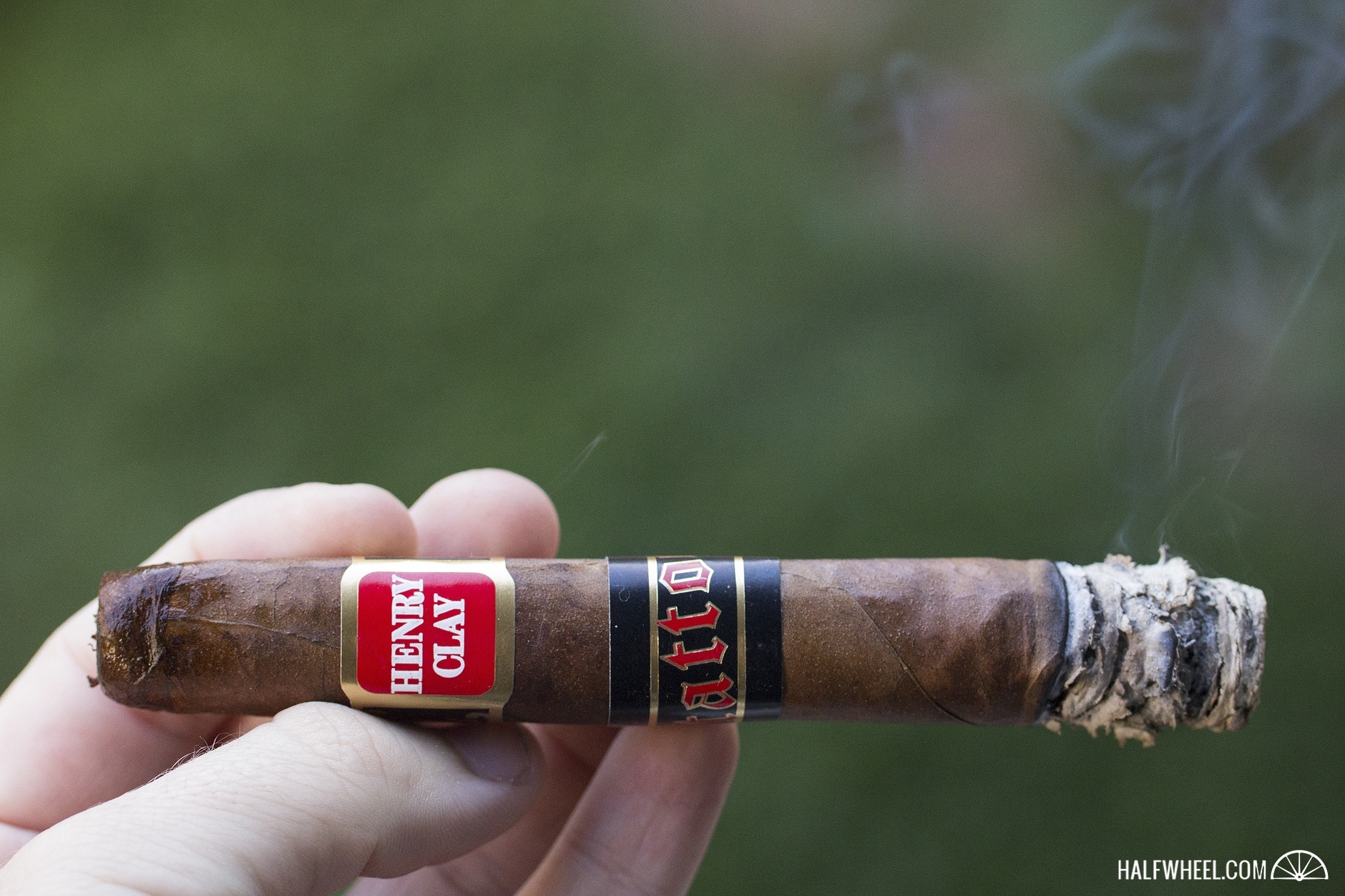 While the flavor and strength steadily unfolded in the first third, the nicotine kick of the Henry Clay Tattoo isn’t really felt until the start of the second third. The threat of harshness seems to have subsided a bit, but in its place comes the first real kick that the cigar has offered as the flavor continues to be dominated by pepper, with a supporting note of dry wood that definitely shows its Dominican roots. A very subtle bit of sweetness begins to emerge at the midpoint as the simple syrup returns from its hiatus to grace the tongue, though it is far from being potent enough to overpower the pepper that is still going strong, and that doesn’t begin to take account how much the nose gets from retrohales and the ambient aroma. While the cigar is plenty enjoyable, I also find myself wanting, almost begging, for a bit more complexity from the cigar heading into the final third. Technical performance has been nearly flawless, with a smooth and easy draw, sharp burn line and plenty of smoke that at times wafts lazily from the cigar’s foot. 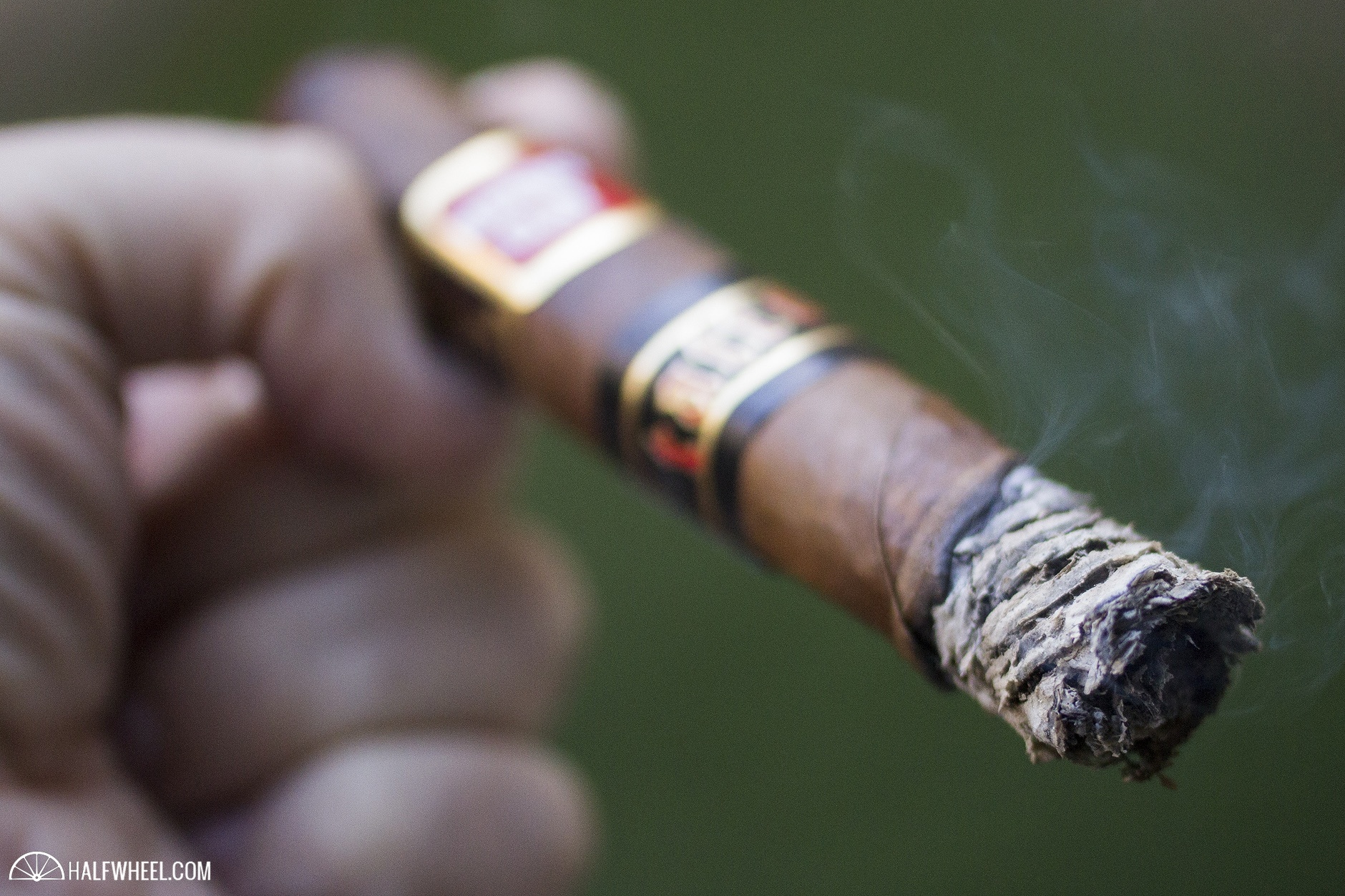 The strength and dryness of the Henry Clay Tattoo stay abundantly present in the first puffs of the final third, as the pepper is close to its fullest levels, but the strength has taken a slight step backwards, and one that doesn’t go unappreciated. I’m also getting a bit more bite from the pepper, while the overall flavor profile stays fairly consistent and my request for more complexity appears to be going unanswered. The cigar continues to put out copious amounts of smoke in its final inches, finding a comfortable home in the medium to medium-plus range in both flavor and strength while the burn has been even and the draw smooth. The occasional combustion issue comes up and I find the cigar needing a relight more than I would prefer, but the Tattoo finishes out with a solid medium in both strength and flavor. 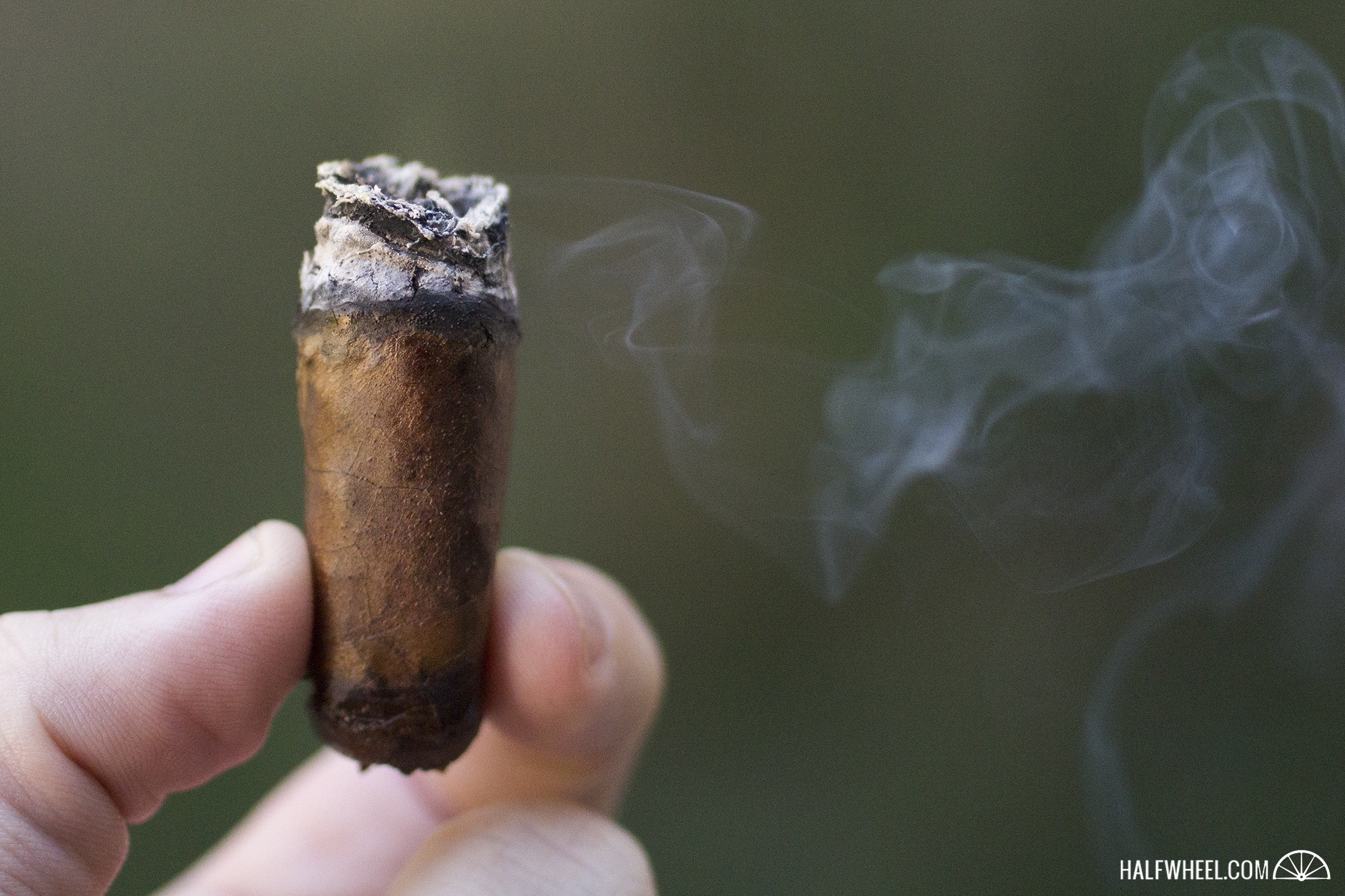 Somewhere between your average off-the-shelf Tatuaje and an off-the-shelf Altadis product is the Henry Clay Tattoo. It's nowhere near Tatuaje's best offerings, and it's certainly one of the better releases I've had from the tobacco giant. I would have loved a bit more complexity and transitions, but the flavors that are offered are fairly solid and enjoyable from start to finish. It's certainly worth trying a few, and for some I'm sure this will creep into box-split or even box purchase territory. If anything, this is a great example of what can go very right when two entities come together and when Altadis U.S.A. has another palate and set of eyes are let loose in the company's vast stores.