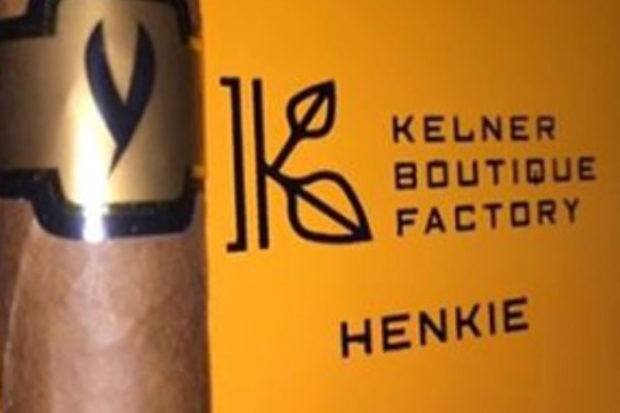 Henke Kelner Gets His Own Cigar

Hendrik “Henke” Kelner has made a lot of cigars over his storied career. He’s often described as master blender, the creator of the AVO brand and the caretaker of the massive Dominican operation behind the Swiss company. Now, he’s getting his own cigar, however it won’t come from Davidoff and it doesn’t say Henke.

Rather, the Henkie—with an i—will be produced at the Kelner Boutique Factory, which is operated by his son Hendrik Kelner Jr. and best known for the Smoking Jacket line of cigars.

“I always wanted to do a cigar that represented what my dad liked in a cigar and using tobaccos that he is a fan of, the trick was to combine them with a positive result into a cigar,” said Kelner Jr. in an email to halfwheel. “(Earlier this week) Mr. Kelner Senior and Klaas Pieter (another son of Kelner Sr.) visited my factory and approved my final blend.”

It’s offered in just one size, a 6 x 51. It will come in orange boxes of 20, a nod to Kelner’s homeland, Holland. The spelling of the cigar, using the i, is another Dutch tradition, as that’s the way the name is traditionally spelled.

Like the Smoking Jacket cigars, Davidoff of Geneva USA will handle distribution in the U.S.

While a select amount of cigars were imported before Aug. 8, 2016, the formal release will take place at the 2017 IPCPR Convention & Trade Show which begins July 11 in Las Vegas, Nev.