As just about any serious cigar smoker (collector) knows, the Fuentes are the undisputed kings of rolling one-off (or as close to one-off that it does not matter) cigars.

Quite a few of these special blends (for example: the Short Story Maduro, Best Seller Maduro, Don Carlos Senior Blend, etc) have been given away at the annual CFCF (which stands for the “Cigar Family Charitable Foundation), which is put on every year to benefit the Fuente’s school for children and help fight poverty in the Dominican Republic. Typically, there are less than one-hundred of each blend given out every year, and most cigars are only given out once or twice at most.

Thus was the case with the Hemingway Untold Story Cameroon. The brother version of this blend (i.e. with a Maduro Wrapper) is a regular release (or as regular release as any Fuente cigar is), but this version, rolled with a “rare” Cameroon wrapper (and I don’t know if it is the same African Cameroon that is used on the other releases of the Hemingway blend) was only given out at CFC in 1999 and 2002, and less than 100 were given out each year. My research turned up no other mentions of this blend, so we are left to assume that there were 200 or less of these cigars released into the wild (and that was ten years ago). The cigar itself actually looks great which is cool, considering the fact that it is over 10 years old. It has a light brown wrapper that is fairly rough to the touch, and (amazingly, considering it’s age) still smells strongly of spicy cedar and a touch of chocolate. It is quite firm when squeezed, but not so firm as to think it will cause a problem. There are also a few major veins noticeable. Predraw notes include a bit of spice and an extremely strong Aged woodish flavor.

The First Third starts out with the same aged woodish note (oak) that was in the predraw. However, underneath that flavor was a very bitter undertone that was difficult to ignore. I can taste just a hint of something else, (sweet?) but it is lost in the bitterness.

The Second Third had the same almost overwhelming bitterness, but interspersed with that was a flavor of what I would call rotting wood, as opposed to a clean cedar that we use to age cigars in. There was a bit of leather (old, again) as well, but not enough to make a difference in the profile. Still no pepper or spice at all. 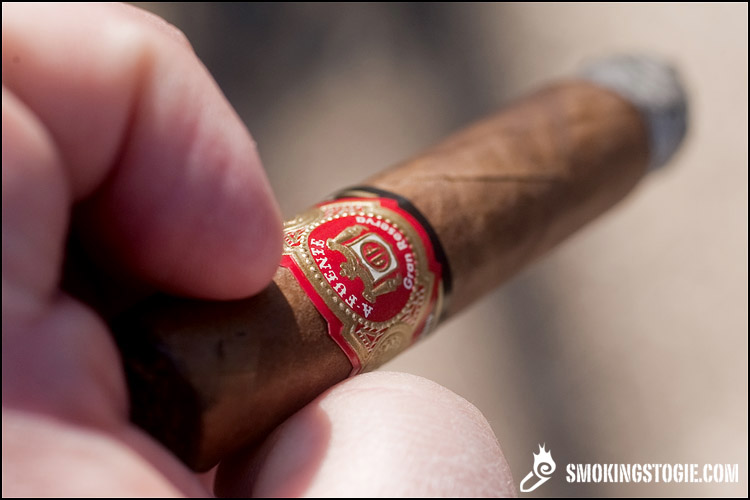 Same, same, same… Rotting wood, rotting leather — very unpleasant, and the cigar started to get hot near the end, so I was unable to nub it. There was a tiny bit of spice on the tongue at the very end, but by that point it was too late to help anything. 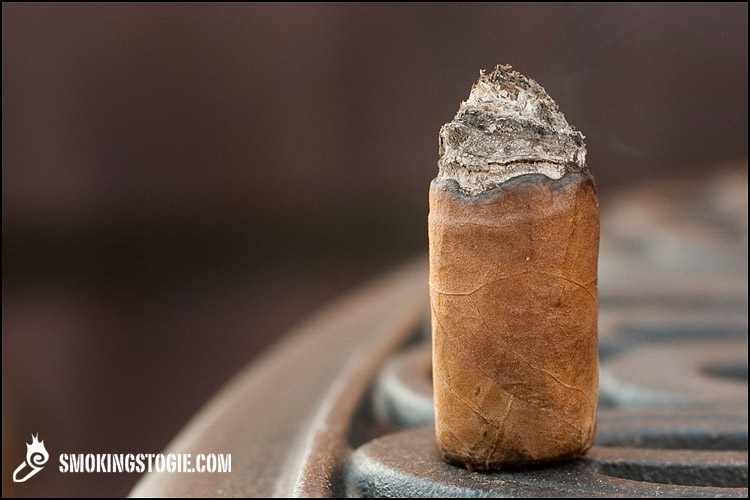 The Bottom Line: This was one of the most monotonous cigars I have tasted in a long time. Unfortunately, the one overriding flavor that was present was an old, bitter woodish note, almost like rotting wood. I could sense other flavors in the FAR background trying to get out, but I assume they never made it to the forefront due to the age of the cigar/wrapper, which is made even more interesting considering I have smoked 10 year old Short Stories that have been amazing. I really wish i had smoked this when it was fresh, because at this point, this cigar is expired, and is no good for anything except the novelty of owning a rare Fuente.