Last fall, as I was ordering cigars from Up Down Cigar of Chicago, Phil Ledbetter, the store’s manager, informed me that in addition to what I was wanting to order, there were a variety of Up Down exclusives in which I might be interested. Admittedly, the Hamlet 25th Year Corona wasn’t one of the ones we talked about, instead, he just included it as part of the order I placed.

The cigar debuted on May 8 at an event at Up Down with Hamlet Paredes, after whom the cigar is named. In 2015, Paredes—a longtime fixture in the Cuban cigar world—released Tabaquero by Hamlet Paredes, part of a new partnership with Rocky Patel Premium Cigars Inc. Two years later, Paredes would release the second blend from the partnership, Hamlet 25th Year which celebrated his quarter of a century working in the cigar business. He said that his goal for the blend was to release something milder, as he would oftentimes hear from customers that Tabaquero was a bit too strong. To do that, he crafted a blend that uses an Ecuadorian habano wrapper over a Pennsylvania broadleaf binder and fillers from Honduras and Nicaragua. 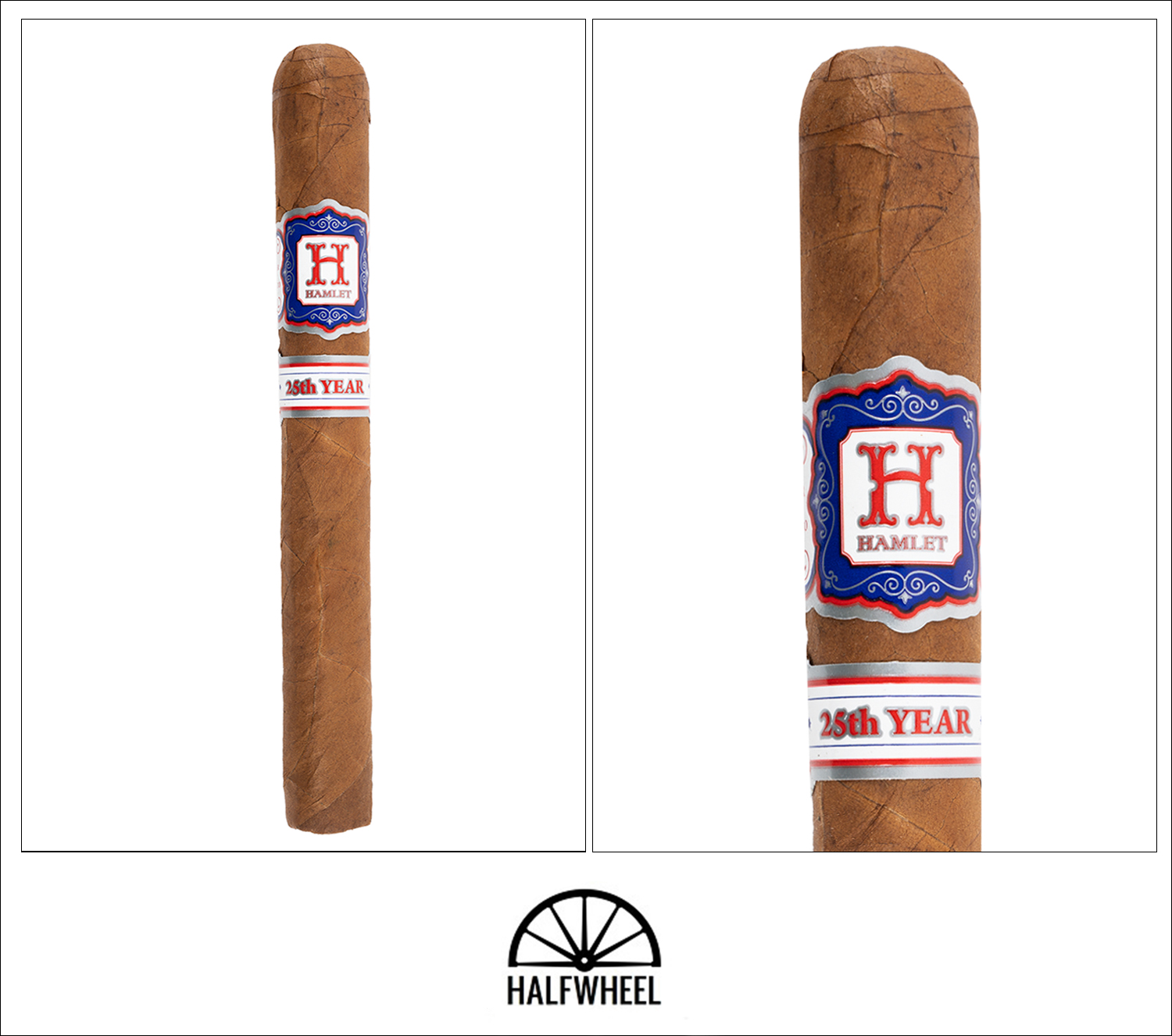 While this could easily just be the three cigars I was sent, this wrapper looks a bit darker than the Hamlet 25th Year I’ve smoked over the years. I will say, I think the combination of the wrapper, the dual bands and the overall size of the cigar look like they belong together, something that I can’t say about every cigar I smoke these days. The aroma from the wrapper smells like a jar of nuts with some leather and hay, right around medium-full. The foot has smells of twang, milk chocolate and a bit of a spice blend; it smells more Cuban than anything else. The cold draw has damp woods, some oatmeal cookies, white pepper, milk chocolate and a big of twang; overall, a bit less Cuban than the foot.

The Hamlet 25th Anniversary Corona begins with oatmeal, leather and damp earth. One sample has some added saltiness, but the main profile is a mixture of butter along with a creaminess reminiscent of other Connecticut-wrapped cigars and some black pepper. Retrohales are much deeper with nuttiness, beans, burnt popcorn and a barbecue pork-like flavor. The finish is very bread with some grape skin and typical cedar flavors. Retrohales lead to a bit more of a clawing sensation on the finish. Flavor is full, body is medium-plus and strength is medium. After struggling with some cigars I’ve reviewed recently, it’s nice to have a cigar that is so easy to smoke. 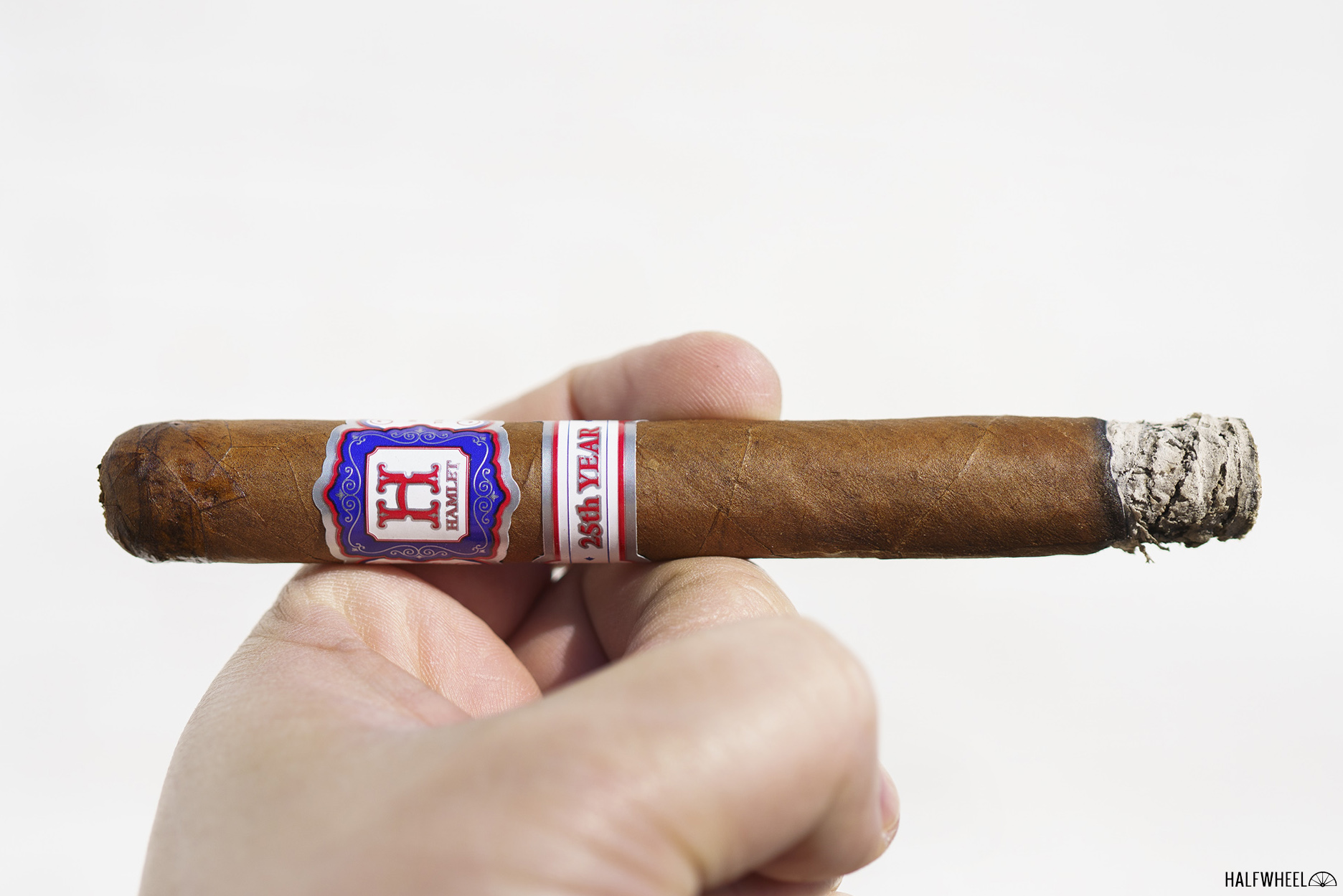 While it might seem antithetical, the second third of the Hamlet 25th gets both creamier and darker. There’s a big nuttiness that dominates everything on top of an Aperol-like sweetness, meatiness, a deep wet nutty flavor and an herbal flavor reminiscent of marijuana. Retrohales produce raspberry, vermouth and peanuts. The finish has white rice and peanuts, though there’s a distinct lack of pepper. The profile is a bit toned down compared to the start, flavor is medium-full, body is medium-plus and strength is now medium. Construction remains outstanding. 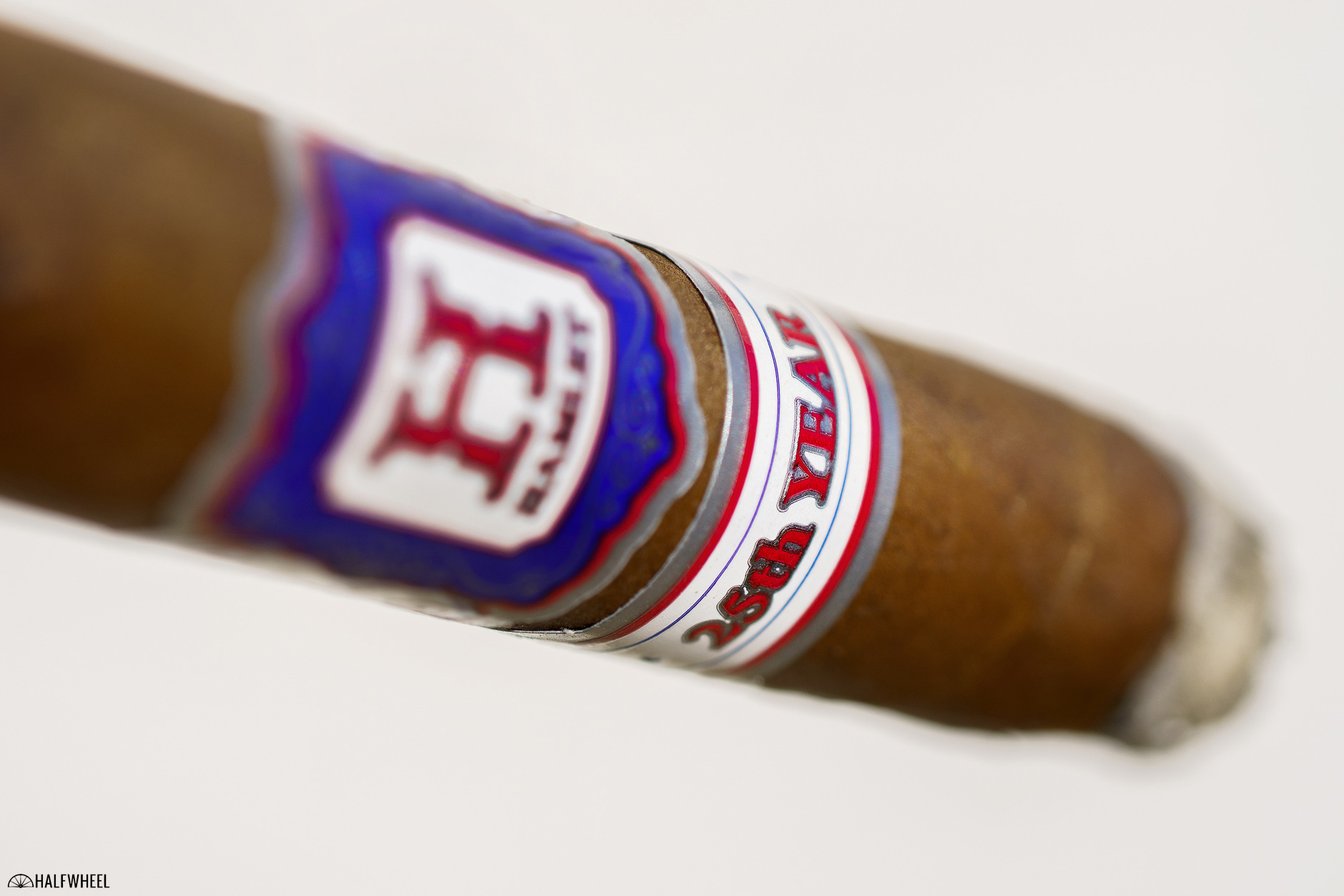 The profile of the Hamlet 25th Anniversary Corona gets closer to where it was in the first third. It’s not so much the flavors, but it’s certainly much closer to a full cigar than the second third. The burnt popcorn becomes the dominant flavor, sitting on top of creaminess, cedar and remnants of the once-dominant nuttiness. Retrohales have a raspberry sweetness, a bit less sweet than before, and mild amounts of pepper. Smoke production certainly begins to slow down, but I manage to make it through two of three samples without ever once having to touch up the cigar. 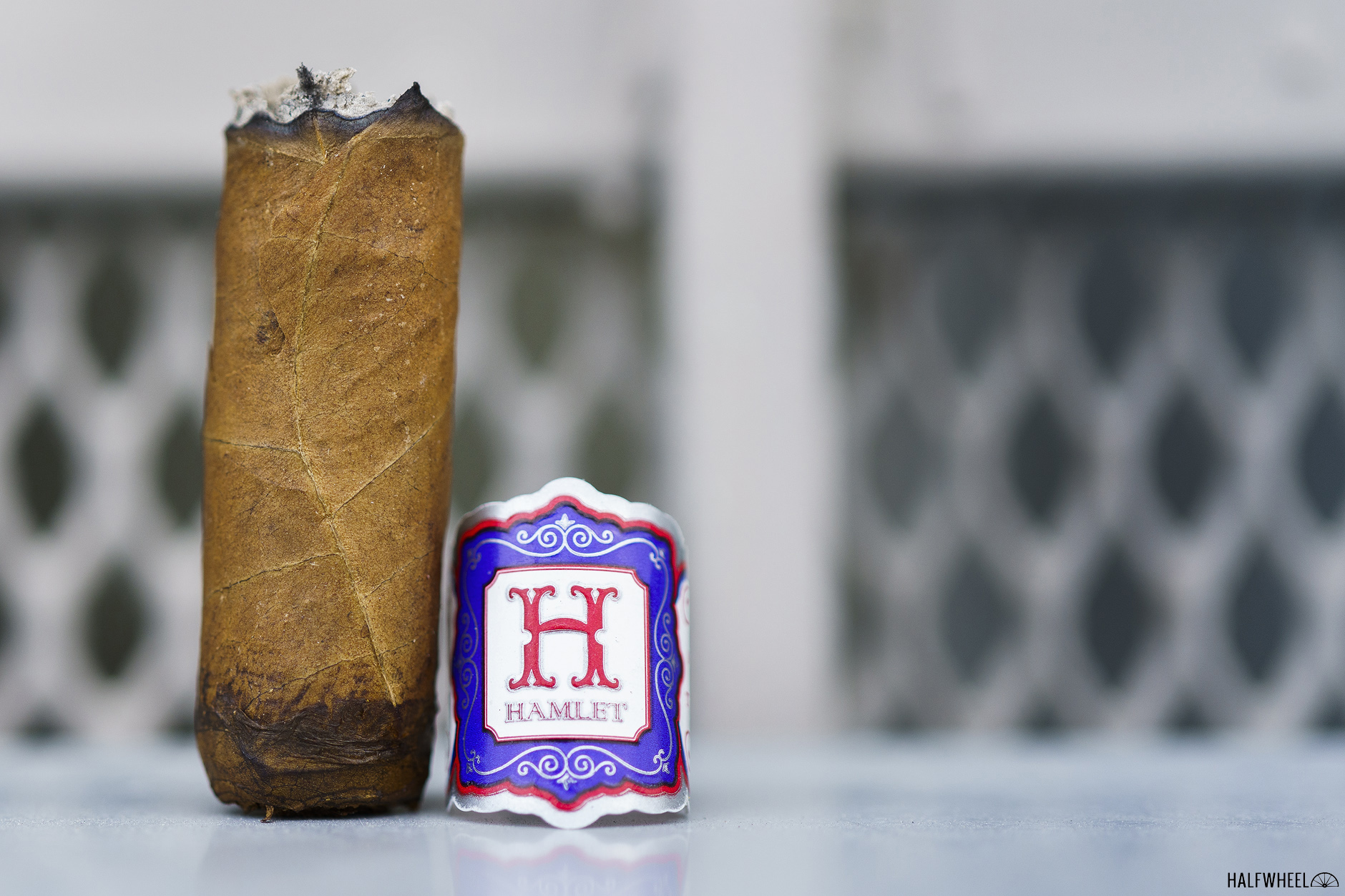 The Hamlet 25th Year Corona is a very good cigar. Normally I would say something like, "sadly, because this is being sold by your local Rocky Patel rep, many will choose not to give it a chance." In this case, because it's a single store exclusive, that's a bit different. However, I suspect there are still a number of people who neither clicked on this review nor will consider buying this simply because of the ties to Patel. If you are ever in Chicago or ordering from Up Down, I'd recommend doing what Phil did for me and asking for a five-pack of these to be added to you order as there's a decent chance the Hamlet 25th Year Corona will be better than the other cigars you are buying.