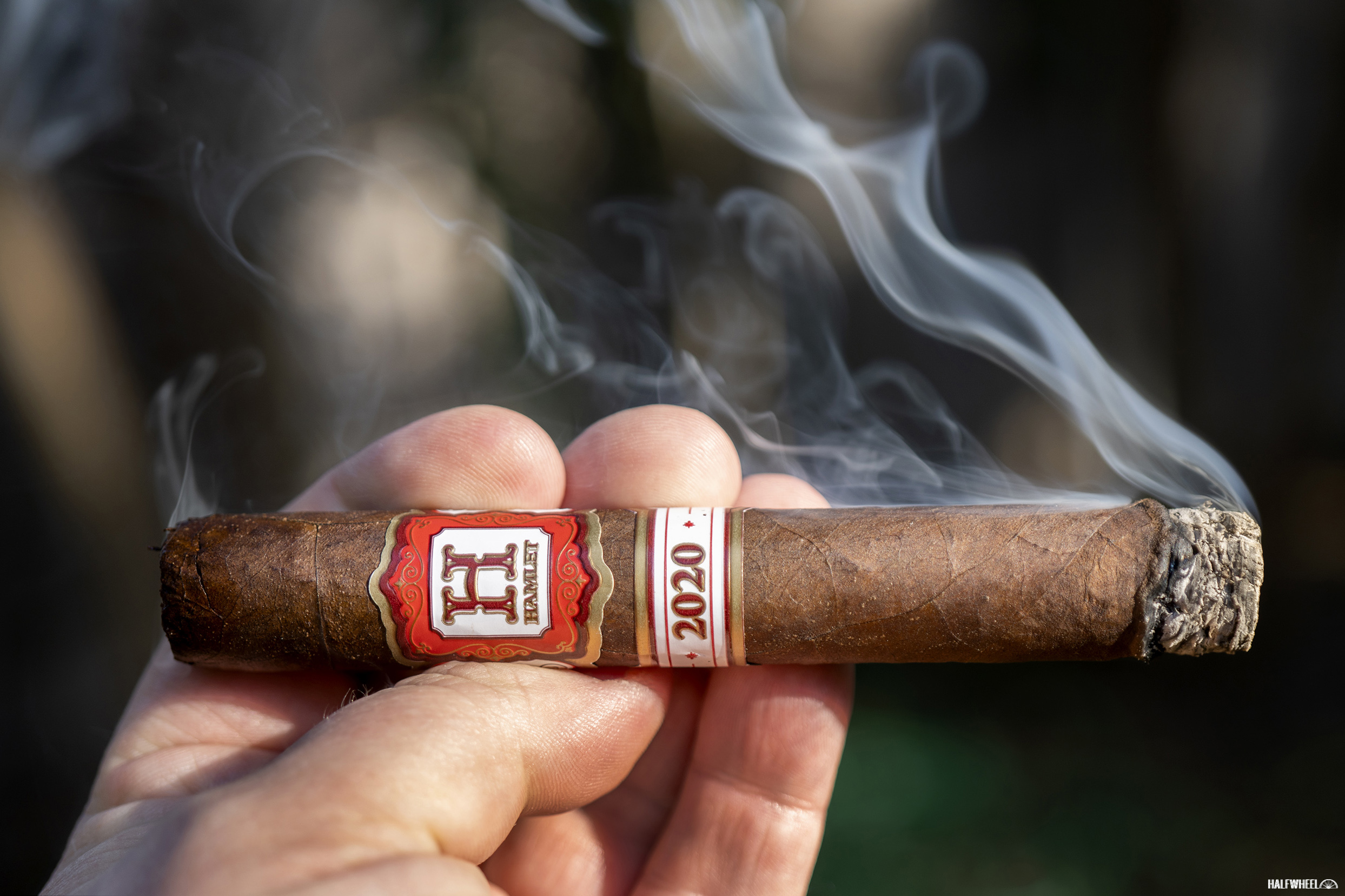 That roller was Hamlet Paredes, the manufacturer was Rocky Patel Premium Cigars, Inc. and the resulting creation was Tabaquero by Hamlet Paredes, a five-vitola line that incorporated a Mexican San Andrés wrapper covering double binders from Brazil and Mexico as well as filler tobaccos from Nicaragua.

While Paredes has become famous for his custom-rolled Cuban cigars, he also had a long history before that as the in-store roller at two different factories in Cuba: Briones Montoto—the old Romeo y Julieta factory—and later the La Casa del Habano located at the old Partagás factory. In addition, he has traveled to various countries around the world showing off his rolling skills and visiting shops while pushing the Habanos S.A. brand.

In 2015, Robert Fox of the U.K. retailer J.J. Fox and a friend of Rocky Patel contacted him to tell him that Paredes was looking to move his family to the U.S., and asked Patel to help him get settled in the country. As part of that process, Patel gave Paredes a job working at his BURN cigar bar in Naples while he worked on going through “about 100 blends” before choosing the final selection for the aforementioned first collaboration.

Two additional blends followed the Tabaquero by Hamlet Paredes line: Hamlet 25th Year in 2017 and Liberation by Hamlet the next year in 2018.

Fast forward to earlier this year, when the fourth creation from the partnership was announced. Appropriately named Hamlet 2020, the new medium-bodied blend made up of an Ecuadorian habano wrapper covering a Honduran broadleaf binder and filler tobaccos from both Honduras and Nicaragua. The three-viola line is being produced at Tabacalera Villa Cuba S.A. (TAVICUSA) in Nicaragua—which is co-owned by Patel and Amilcar Perez Castro—and began shipping to retailers packed in 20-count boxes on Aug. 17. 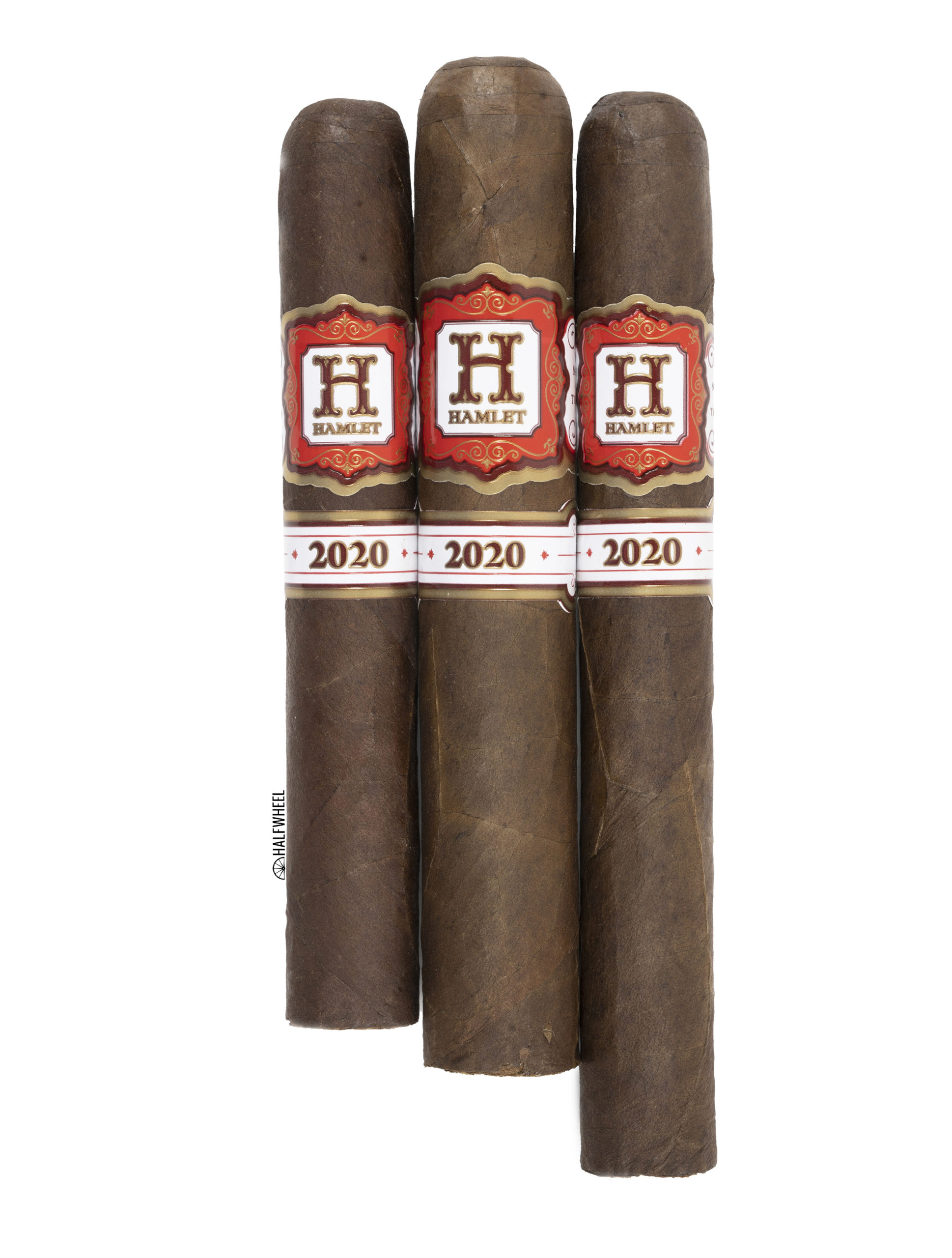 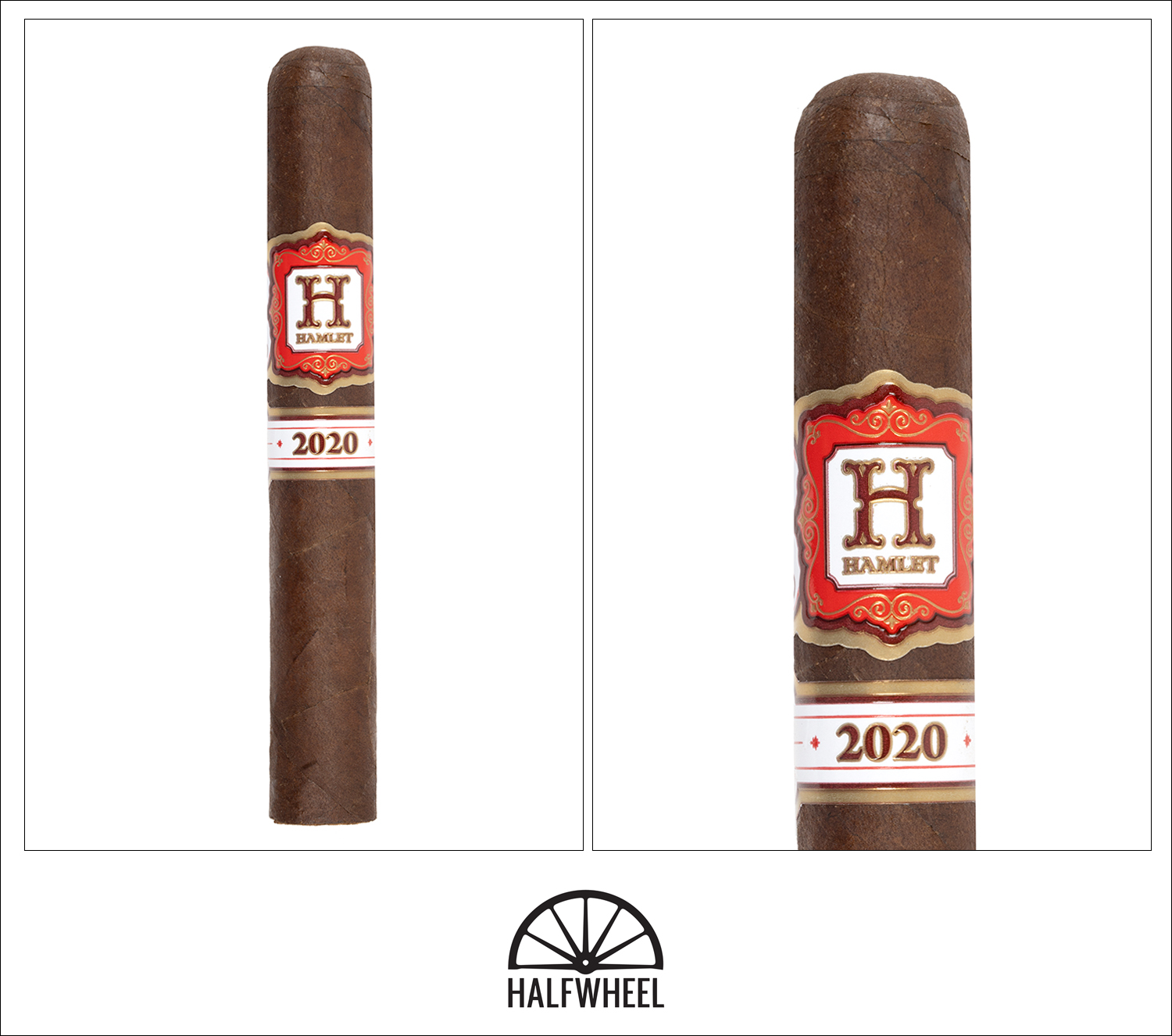 There is no doubt the Hamlet 2020 Robusto is a good looking cigar, with a dark, espresso brown wrapper that is tinted red and feels like parchment. There is quite a bit of oil present as well as some prominent veins running up and down its length, although it is also just short of rock hard when squeezed. The aroma from the wrapper is a combination of strong earth, manure, barnyard, generic wood, dark chocolate, espresso beans and raisin sweetness while the cold draw brings flavors of oak, earth, barnyard, cinnamon, generic nuts, cocoa nibs, slight raisin sweetness and a bit of spice on my tongue.

The first third of the Hamlet 2020 opens with a combination of both gritty earth and leather as the obvious dominant flavors, with secondary notes of powdery cocoa nibs, oak, hay, nuts and a touch of floral that comes and goes. In addition, there is a bit of grilled asparagus on the retrohale along with a bit of spice on my tongue as well. Both a slight raisin sweetness and some noticeable black pepper are present on the retrohale, but the former is just not strong enough to impact the in any significant way. Construction-wise, the robusto features an excellent draw after a simple straight cut as well as a that is far from razor-sharp, but also not bad enough to need attention from my lighter. Smoke production is about average and while the overall strength starts out mild, it does increase enough to get about halfway to the medium mark by the time the first third ends.

As dominant as the gritty earth and leather combination were in the first third of the Hamlet 2020, I am not surprised they continue to lead the profile during the second third. The slight raisin sweetness from the first third continues to be too light to really help out with balancing those notes, while lesser notes of ground coffee beans, licorice, bread, peanut butter, cinnamon and slight floral flit in and out. There is almost no spice remaining on my tongue by the halfway point. While the draw easily continues to impress, the burn has become problematic enough to need a quick touchup. Strength-wise, the Hamlet 2020 has increased enough to hit a point just under the medium mark by the end of the second third, but seems to have stalled there time being. Unfortunately, there are very few changes during the final third of the Hamlet 2020 Robusto, with a profile that includes the same earth and leather notes as the front runners followed by flavors of hay, roasted peanuts, dark cocoa powder, bread, cinnamon, generic vegetal and a touch of floral. Interestingly, one of the main changes in the profile is the sweetness on the retrohale, which has morphed from the familiar raisin note to a generic dark fruit note, while the amount of black pepper has remained about the same. In terms of construction, the burn evens up nicely while the draw continues to be excellent and smoke production has not budged an inch. Finally, the overall strength manages to increase enough to end up just over the medium mark by the time I put the nub down with about an inch left. If you love earth and leather flavors in your cigars with just a bit of sweetness, the Hamlet 2020 is the stick for you. In fact, while there is not much else to it when it comes to dominant notes, there were flashes of what could be during specific parts of the cigar on the retrohale—specifically, raisin during the first and second thirds and generic dark fruit in the final third—and the profile really could have used more sweetness of any sort to balance out the dominant flavors which really tend to get linear after the first two thirds. Construction was extremely good and the overall strength was well-balanced. In the end, the Hamlet 2020 is a good blend even if I was hoping for a bit more than it ended up giving me.