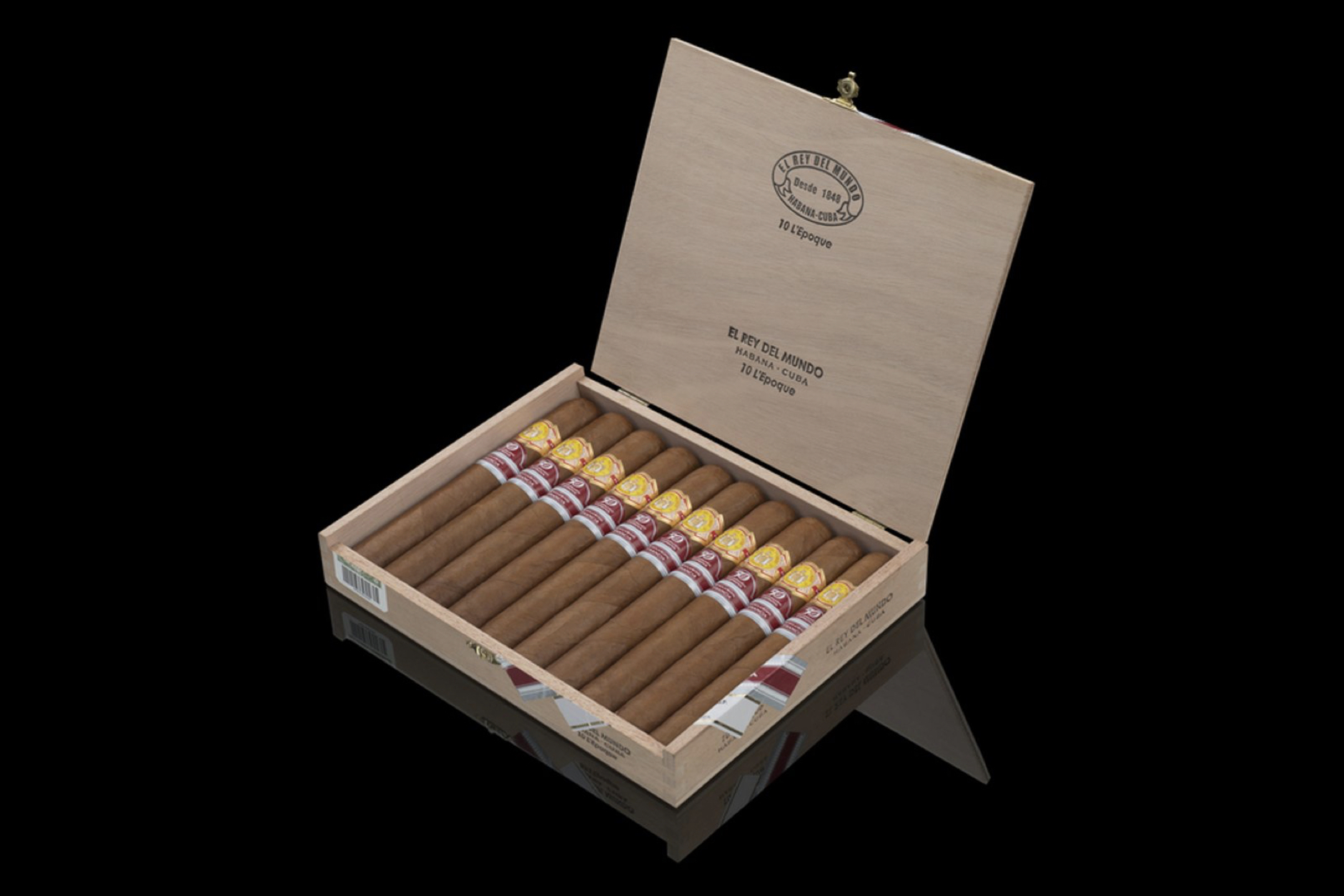 While this is not the first time the cigar has been mentioned on the internet, it appears to be the first public images and confirmation from Habanos S.A. It will measure 6 1/2 (164mm) x 54, a vitola known as the sublimes, the first time an El Rey del Mundo has been sold in this size. CubanCigarWebsite indicates there will be 6,000 dress boxes of 10 cigars; while the box count can be confirmed by the picture, the box quantities are not.

The tweet was deleted shortly after halfwheel emailed Coprova S.A.S., the French distributor for Cuban cigars. A representative for the company declined to discuss details about the product at this time.

It would appear the L’Epoque will use the special 50th anniversary band that was also found on the Quai d’Orsay Clemenceau, the most recent French Edición Regional. The band commemorates the 50th anniversary of Coprova S.A., which was founded in 1970.