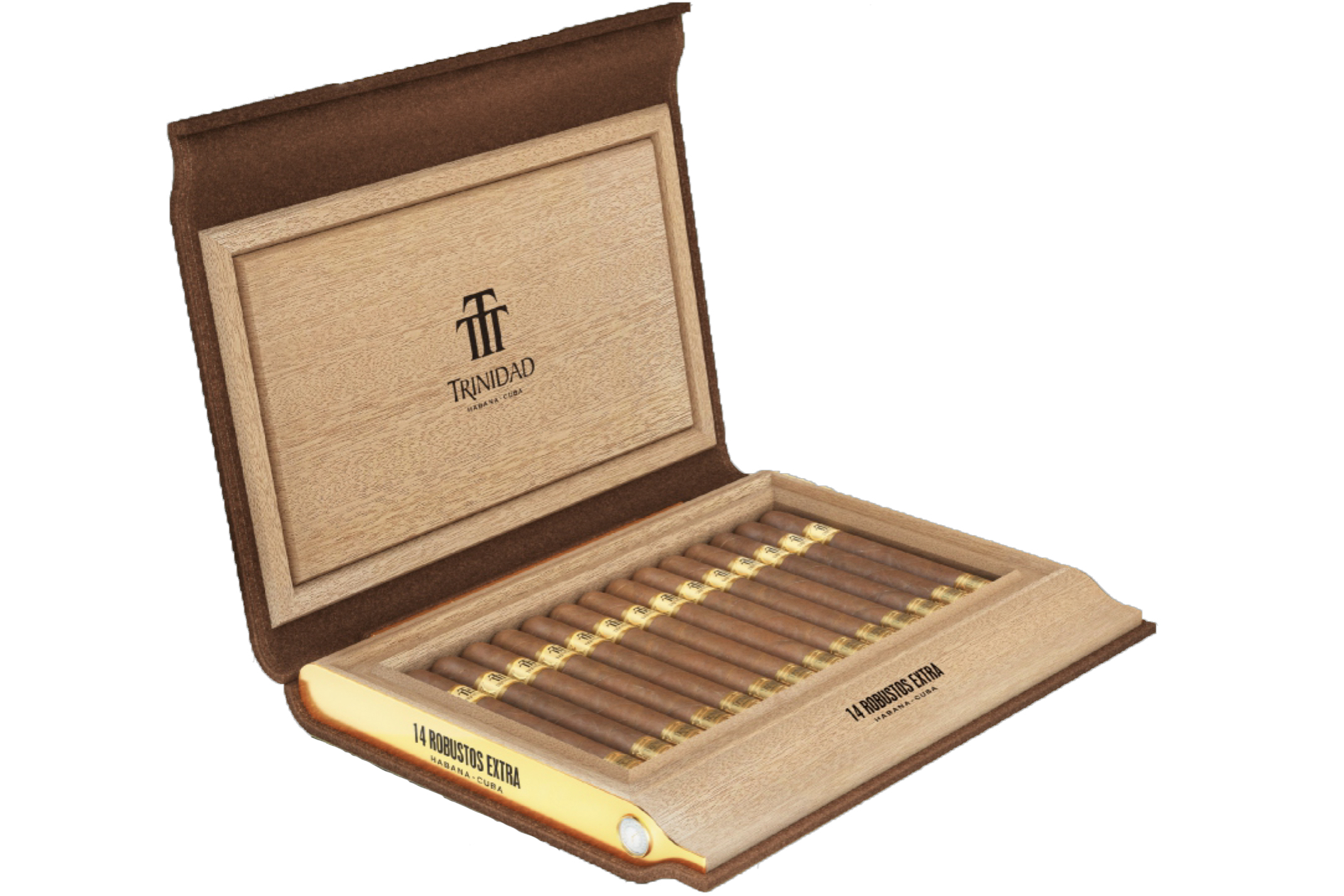 The Trinidad Robustos Extra will be returning, though in a limited edition format available only at travel and duty-free locations.

In addition to the special 14-count box, the cigars also have a special foot band that was previously not used on the Robustos Extra.

A release date has not been announced.

Update (Feb. 9, 2021) — Intertabak AG, the Swiss distributor of Habanos S.A. products, announced that the humidor had arrived in the country and will be on sale at retail locations, beginning with La Casa del Habano shops on Feb. 11 and Habanos Specialist retailers on Feb. 18. Pricing is set at CHF 700 ($784.02).