Habanos S.A. announced this morning that revenue for Cuban cigars totaled $447 million in 2013, an eight percent increase over 2012, which totaled $416 million. It’s the fourth consecutive year of growth according to Habanos S.A.’s self-reporting. 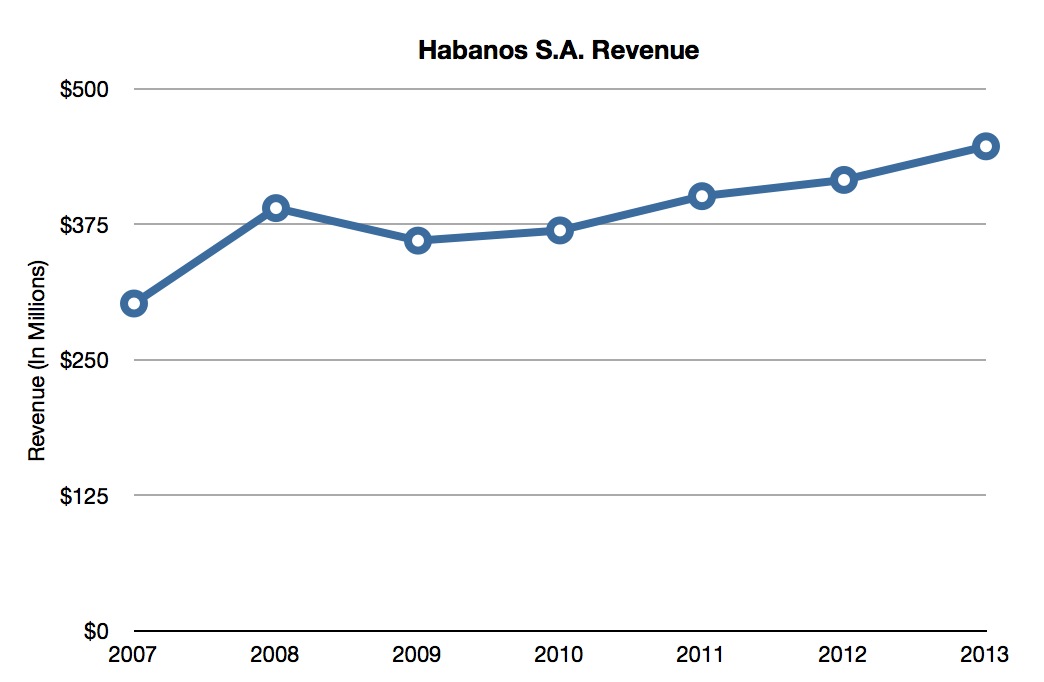 “Our strategy, which focuses on offering an exclusive, high-quality product to Habano lovers, is the most suitable way to strengthen our global leadership, consolidating sales and profitability in mature markets and expanding our culture and sales in countries with the potential for development,” said Luis Sanchez-Harguindey, co-president of Habanos S.A.

The XVI Festival del Habano begins today. Habanos S.A traditionally meets with members of the press to review this data during the festival.